Here's where Tenet lands among the visionary director's best work. 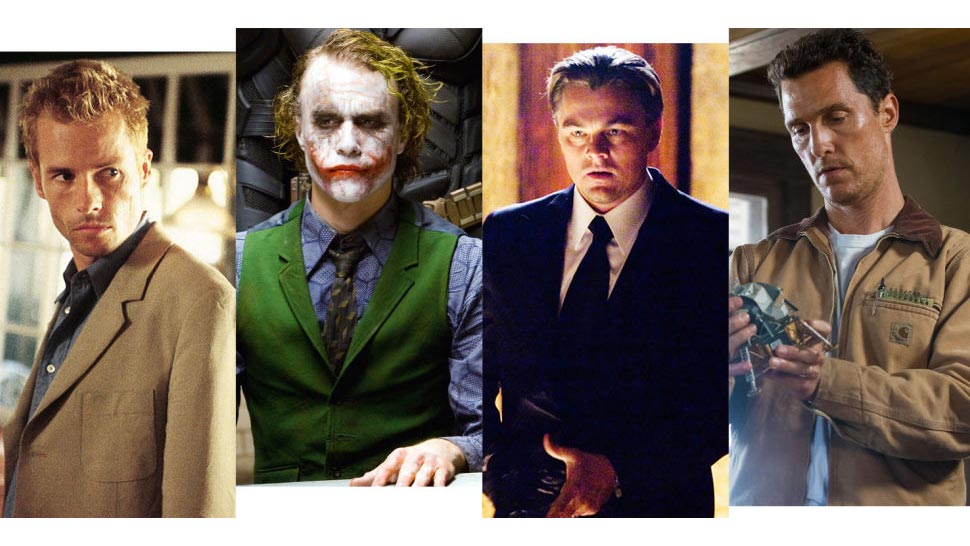 While Nolan is now best known for making vast, ambitious popcorn thrillers for the multiplex crowd, he's maintained a through line in his filmography: he tells smart, challenging stories about time, memory, and power, and the ways in which all three can impact a person’s soul. These are themes he loves to examine, no matter how large the film's scale. To celebrate the (overseas) release of Tenet, here's a ranking of the films he's made so far.

The final film in his Dark Knight trilogy (and its weakest link), Nolan brings out his nearly broken-down Batman for one last battle—this time going head-to-head against the imposing Bane, who seeks to destroy Gotham by breaking it down into chaos.

Nolan's debut film follows (literally) a man who wanders around London, tracking strangers in an effort to learn about their lives—but keeping his distance as a voyeur. But he breaks his own rules when he gets too close to a serial burglar whose petty crimes disguise a much darker secret.

Nolan’s much anticipated eleventh movie is the kind of ambitious intellectual blockbuster that has become his trademark. Tenet stars John David Washington as a CIA agent tasked with stopping an impending apocalypse, which is imminent because a supervillain has discovered a way to “invert” the entropy of weapons, meaning they can travel backwards through time and wreak unthinkable chaos. It’s a mind-boggling, smartly written puzzle of a movie that’s hampered by its thinly written characters.

Nolan examines the philosophical concepts of space and time in this sci-fi epic, set in a dystopian future in which a team of astronauts (including Matthew McConaughey and Anne Hathaway) travel through a wormhole to find a habitable planet that can save humanity from a dying Earth.

Incorporating an ensemble cast to tell the story of the evacuation of British soldiers from a seaside French town in the middle of WWII, Dunkirk proves that Nolan is a master when it comes to tension. His taut version of a war epic comes in under two hours, with the auteur putting a tight focus on the thrilling fight for survival.

A mind-blowing movie experience, Inception sees Nolan returning to his more cerebral plot-driven work while also upping his game when it comes to dazzling filmmaking techniques. It's also one of his stronger ensembles, featuring a large cast of characters that all feel fully formed and integral to the narrative.

The first in his Dark Knight Trilogy, Nolan not only relaunched the Batman film franchise—he also single-handedly changed the superhero genre forever, bringing a gritty realism to the Gotham's shadowy defender (who, you know, is still just a dude who's running around in tights and a cape).

Undisputedly the best superhero movie ever made (and the best comic book adaptation), Nolan's supercharged film feels more like a crime epic—elevated by the late Heath Ledger's tour-de-force (and Oscar-winning) performance as the maniacal Joker.

Nolan's breakthrough film is a dizzyingly narrative feat—a noir told in reverse, as its main character (Guy Pearce) attempts to track down his wife's murderer despite his inability to form new memories. Nolan and his brother (Westworld co-creator Jonathan Nolan) earned an Oscar nomination for its screenplay.

About The Author
Tyler Coates
View Other Articles From Tyler 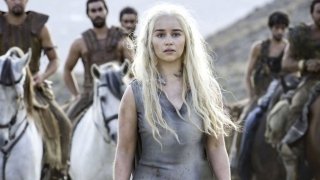