Most Game of Thrones fans would argue that the show is much more than its stigma of being nothing more than just sex, swords, and dragons. There's medieval political intrigue, complex characters with unexpected arcs, genre-bending themes, and, yeah lots of sex, too. In the early seasons, Thrones used sex and nudity as a way to draw in fans who might not normally be interested in a complex fantasy saga. Sex, in terms of both theme and plot, is key to the very fabric of Game of Thrones. Hell, the most defining event in modern Westeros history was Rhaegar Targaryen and Lyanna Stark wanting to fuck.

While the show is often rightfully criticized for its frequent depictions of violence toward women, it's also been known for making an effort to show positive romance. These scenes are unfortunately rare throughout the eight seasons of Game of Thrones, but it's remember to highlight the instances where the show got it completely right.

Below, we've run down those delightful instances where Game of Thrones showed good, wholesome sex between consenting adults who care about each other!

hese are the best—and most positive—sex scenes on Game of Thrones:

Who: Arya and Gendry

What happened: While the scene was somewhat jarring in the episode itself, Gendry and Arya's long anticipated romance represented a welcome consenting hook-up between two adults before the looming threat of war. Hell, if sex can't get their mind off of almost certain death, nothing can.

Who: Daenerys and Daario.

What happened: Daenerys commands Daario to remove all his clothing. He promptly obeys.

Who: Ygritte and Jon Snow.

What happened: Jon Snow learns about sex in a cave with his wildling girlfriend (and IRL wife). Ygritte also coins the fan favorite phrase, "You know nothing, Jon Snow."

Who: Robb and Talisa.

What happened: Although this rebellious romance is exactly what leads to the Red Wedding and the murders of most of the main cast, Robb and Talisa at least had a good night together before they both died.

Who: Podrick and the prostitutes.

What happened: As reward for saving his life, Tyrion hires some prostitutes to deflower dear sweet Pod. This is the scene that began the running joke of Pod's huge trouser lance.

Who: Loras and Renly.

What happened: Another couple doomed by a forbidden romance, Loras and Renly at least had one of the few legitimately happy and loving relationships on Game of Thrones before they were eventually murdered.

Who: Tyrion and Shae.

What happened: This pattern should be obvious by now: Forbidden love never ends well on Game of Thrones. Before he murdered her for having sex with his father, Tyrion truly loved his secret muse Shae.

Who: Oberyn and Ellaria and a bunch of other people.

Who: Jon Snow and Daenerys Targaryen.

What happened: All right, I know, I know. It's weird that she's his aunt, but they didn't know this at the time. At the end of Season Seven, they're just the two most attractive, powerful and eligible single people in all of Westeros. Let them have fun on their sexy boat cruise.

Who: Missandei and Grey Worm.

What happened: True love conquers everything, including the very obvious physical limitations of Grey Worm being a eunuch whose penis and testicles had been removed.

Who: Daenerys and Khal Drogo.

What happened: Yes, another relationship that ended tragically. And even though it was initially an arranged marriage for political gain, Daenerys did love Khal Drogo. And in this scene she showed Drogo who's the boss in the bedroom (or tent or whatever). 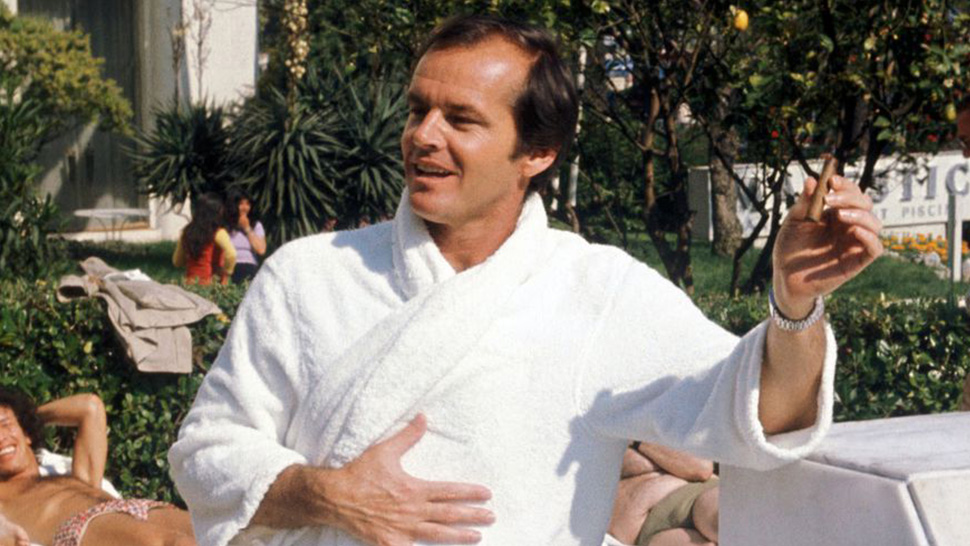 Jack Nicholson in the '70s: The Photos