It's one of the most riveting documentaries ever made.

"The Kingmaker" is currently one of the most-talked about documentaries about the Philippines. It follows former First Lady Imelda Marcos through the years as one of the country’s most resilient politicians.

The film premiered at the Cultural Center of the Philippines, on January 15. The affair was all the more ironic because the brutalist complex was built by Marcos herself.

Top Story: This CEO Grew Up Inside Bilibid

“I want to mother not only the Philippines but the whole world,” Marcos said during one of the interviews in the documentary.

In one scene, Marcos explains why she dresses so extravagantly.

“I have to dress up and make myself more beautiful because the poor always look for a star in the dark of the night,” Marcos said. It didn't matter that her beautiful dresses did not make the poor less hungry.

Throughout the film, Marcos does not hesitate to showcase her family’s inexhaustible wealth. In one scene, Marcos is seen holding wads of cash and giving them away to the poor. Cash seems to materialize at her slightest whim. During a campaign, she ran out of bills to hand out. She simply ordered her assistant to take out more stacks of P1,000 bills, as if this was the most natural thing in the world.

“Bumili ka ng candy,” she tells children with cancer as she blesses them with wads of P1,000 bills.

You can watch The Kingmaker for free on iWant. Simply download the app on the Google Play Store. 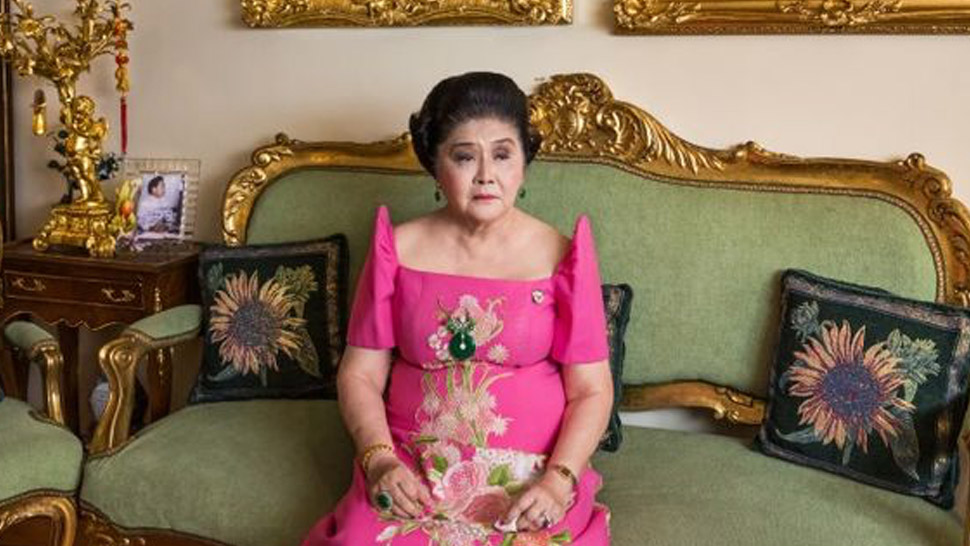