Before Kevin Kwan and Crazy Rich Asians, there was Nancy Kwan and The World of Suzie Wong. 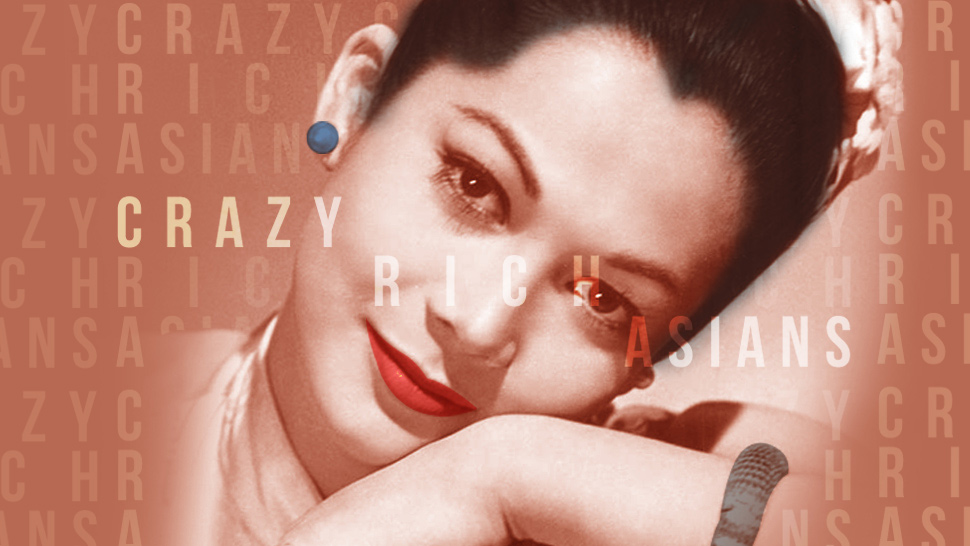 With the film adaptation of Kevin Kwan’s Crazy Rich Asians currently the number one movie in the world, Asia seems set to reclaim its post-colonial identity as a mysterious and foreign Shangri-La. The last time Asian exoticism in pop culture hit a peak, “the Orient” wasn’t portrayed as an opulent sanctum for moneyed mainlanders the way it is today, but more a colorful playground for Westerners who visited its ports seeking pleasure and adventure. And, while the rest of the world was still struggling with the post-WWII “yellow scare,” it took a quirky ingénue from nowhere but Hong Kong to fight back.

In 1960, Nancy Kwan— distant cousin to Kevin—shot to international fame with the titular role in The World of Suzie Wong, a film based on novel by Richard Mason about a struggling American artist’s obsession with a “plucky, exasperating Hong Kong bar girl.” While Kwan’s exposure through this role went ways for the acceptance of Asians in mainstream media, the film itself is a fascinating, if problematic look into Western attitudes towards Asia at the time.

Born Kwan Ka Shen in 1939 to model/actress Marquitta Scott and architect Kwan Wing Hong, Nancy Kwan grew up not wanting to act, but to dance. She was discovered in Hong Kong by Ray Stark, the producer of Suzie Wong, because her father happened to have built the studio that they were holding auditions in. Despite being Stark’s preferred choice for the role of Suzie, Kwan was initially passed on in favor of the more popular and experienced France Nguyen, and was relegated to the Broadway production as an understudy.

However, Kwan was eventually called back for another screen test after Nguyen couldn’t balance her time between the film production and her relationship with Marlon Brando. Kwan eventually landed the role; and after an acting boot camp in Hollywood, an unusually long five-month shooting schedule, and a lavish marketing campaign (which included meeting the Queen of England and landing the covers of publications like Time and Esquire), The World of Suzie Wong was released to massive commercial success.

Kwan became an international sex symbol overnight, and was one of the first Asian actors to be accepted in mainstream Western culture. Her Eurasian looks and style became wildly popular, with her cheongsam and her haircut from the film, known worldwide as the “Kwan bob,” becoming iconic staples thanks to features in Vogue. Before Kwan, most portrayals of Asians in Hollywood involved racist caricatures played by caucasians, such as Mickey Rooney’s Mr. Yunioshi in Breakfast at Tiffany’s—a role he played in yellowface. It bears mentioning that Breakfast at Tiffany’s was released a year after Suzie Wong, and was already deep in production when Suzie Wong began sweeping the globe.

But despite all that Suzie Wong did for the mainstream acceptance of Asians in Hollywood, the film—and subsequently, Kwan’s legacy—cannot be discussed without mentioning its troublesome Western idealization of Asia. While it was rare then for Hollywood to feature an Asian character in a leading role, much of the film is steeped in the misogynistic and racist attitudes that may have been common at the time, but were still disconcerting to many. This might have contributed to its mixed critical response.

Despite all that Suzie Wong did for the mainstream acceptance of Asians in Hollywood, the film—and Kwan’s legacy—cannot be discussed without mentioning its troublesome Western idealization of Asia.

The film’s protagonist is Robert Lomax, an American artist who spends much of his time balancing two worlds: that of the red-light Wan Chai district filled with Western sailors and Hong Kong bar girls preying on one another, and that of the exclusively white upper class Hong Kong society. After an encounter with Suzie on a ferry—in which she leads Lomax to believe that she’s the virginal daughter of a wealthy businessman—he bumps into her again in his hotel bar, where she had been looking for someone to take her on as a “permanent girlfriend.” Lomax hires her, but only as a model for his paintings. He then gains the moral high ground when she tries to seduce him by planting herself in his apartment whenever he comes home, and taunts him with other men.

He pretends not to care, but later the advances go too far, and he screams that he can’t be with her because of her profession, then kicks her out of his apartment. At the end of the film, however, she references her earlier joke saying that he is her “first man,” and he says he doesn’t care—this, despite the fact that the film’s central conflict revolves around him caring and being unable to separate her from her profession.

This sort of hypocrisy is rampant throughout the film. There is another scene, where, after Suzie is beat up by an aggressive sailor she turns down, she lies to her friends that it was Lomax who beat her. She then returns to his apartment, only to actually receive a slap from him and be kicked out. Most jarring, however, is a scene where Suzie, the new mistress to a British businessman, shows up to his apartment with in fancy French dress, and is beaten and stripped by an aggrieved Robert, who denounces her as a “European street walker,” and that he wants “the real her.” As intense as that sounds, the film actually casts sympathy on Robert for wanting Suzie to express herself for how she really is. However, this obsession with “the real her” is really just his surface-level fetishization of her exotic qualities, made obvious by his abstract paintings of Suzie, as opposed to a genuine acceptance of who she is.

The World of Suzie Wong’s problematic themes raise questions and bigger issues about Asians in Hollywood that are still relevant today: Is the goal to bring Asian culture to the mainstream, or would that only fetishize us more, and disconnect us from the zeitgeist? Would it not be preferable for Asians to be seen in roles that don’t have any cultural or ethnic attachment to them? Are the two mutually exclusive?

The film adaptation of Crazy Rich Asians is being heralded as a groundbreaker, in the sense that it would be one of the first mainstream films to feature a primarily Asian cast. However, does it not run the risk of contributing to the cycle of Western idealization of Asian culture, just as the recent Western adaptations of extremely sexualized Japanese anime have? The title itself, after all, calls attention to Asians who are crazy, rich, and crazy-rich.

Time will tell whether Crazy Rich Asians will open the door for Asian actors in Hollywood, but the real question is whether that door would lead to more diverse roles exclusive of culture, or to once again, idealized roles indulging and bastardizing of the culture.

This article has been amended to reflect the release of the Crazy Rich Asians film. 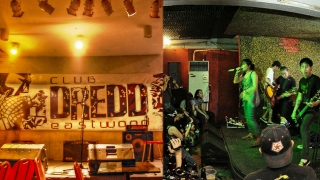 5 Gig Places in the '90s that Shaped Filipino Music Today 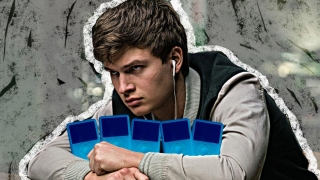