Audiences will feel many things when they watch Raya Martin’s Smaller and Smaller Circles, a film adaptation of the critically acclaimed murder mystery novel by F.H. Batacan. The film, which is out this December, evokes dread, frustration, pity, and at some points, even laughter. But a particular segment of the audience will be served an extra dose of something else: school spirit, for all the Ateneans.

Fathers Gus Saenz and Jerome Lucero, the main characters in the film, are Jesuit priests who teach in Ateneo de Manila University. So it only made sense for the movie to feature Ateneo. There are at least three scenes in the final cut of Smaller and Smaller Circles that show the Ateneo campus—scenes that eagle-eyed Atenistas will easily spot, before bursting into a bout of giddy “I know that place!” convulsions.

“To do Smaller and Smaller Circles and not shoot in Ateneo is to not have done it justice at all,” says director Raya Martin, adding that Smaller is the first film since Mike de Leon’s Batch ‘81 to shoot in the Ateneo campus.

The director also says that apart from making sense to the story, there are qualities about the campus that worked for the film in different ways. “The woods and tiles mingled heavily with nature, and personally, it creates this feeling of warmth, calmness, home. I find that inside the Ateneo campus, a lot of “spirits” [are] around that somehow lent themselves to the story. It’s a film about spirituality after all.”

Apart from that, and without spoiling anything about the film, there are direct and indirect references to Atenean stereotypes and Jesuit beliefs. In fact, one could even argue that the movie’s ultimate message is an expression of the Jesuits’ progressive views of faith and religion.

But there’s one particular deleted scene that would have been even more special if it had made the final cut. This shot of Fr. Gus and Fr. Jerome walking down EDSA Walk—so named because of the many bulletin “billboards”—would have given Atenistas all the feels.

Martin was kind enough to share the contents of this deleted scene, so all the eagles among us can picture it wistfully in their heads: 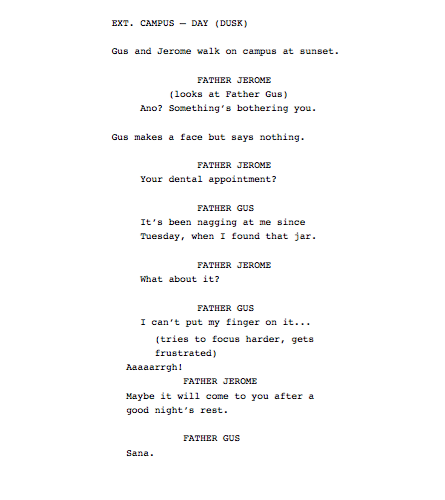 Kind of makes you want to swing by Katipunan this weekend, doesn’t it? 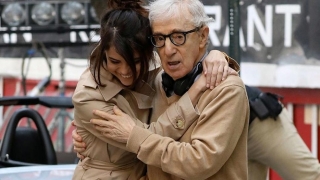