The Walking Dead, Game Of Thrones, and more... 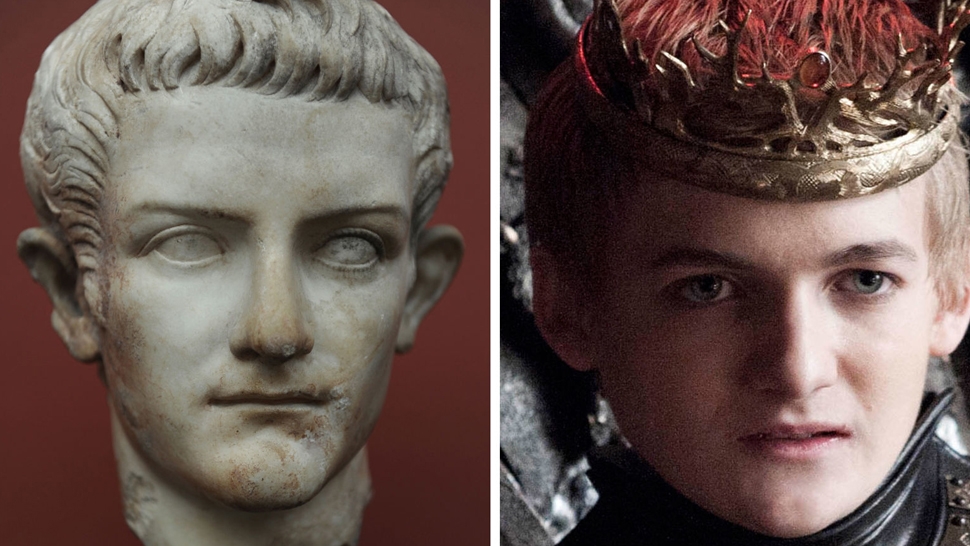 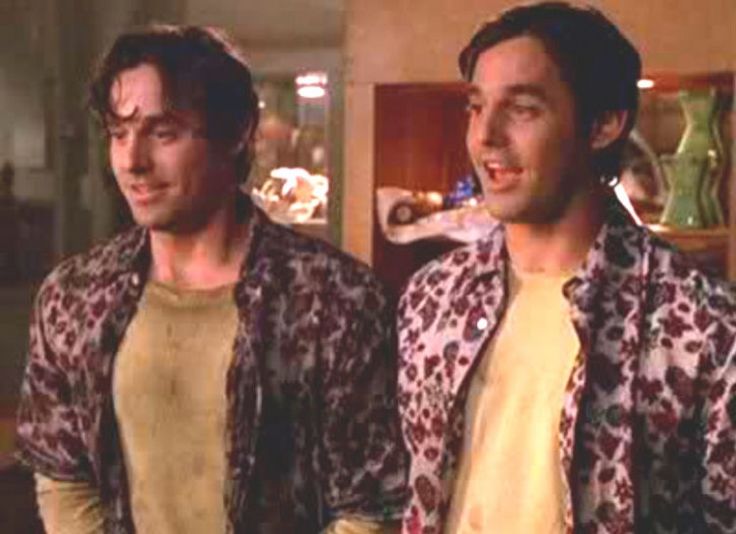 You may already know that Nicholas's twin Kelly Donovan play Xander's double in the episode 'The Replacement', but he also actually played Xander for some scenes in season five's 'Intervention', as Nicholas was off sick.

2| The Simpsons: Marge Simpson was meant to have bunny ears. 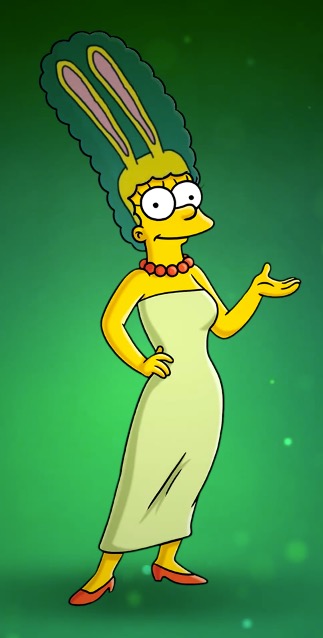 Groening said in a DVD commentary: "Back in the very beginning, she was actually a Life in Hell rabbit from my comic strip. But then it just seemed like a... I just said, 'Oh, forget it, there's no ears under there'."

Marge's bunny ears did turn up briefly as a gag in The Simpsons Arcade Game.

The Man from Another Place's "backwards" dialogue (ie the film runs backwards but the audio runs forwards) was achieved by having actor Michael J Anderson speak into a recorder, and then repeat the audio after it was reversed. This 'reverse-speech' was then reversed again.

But here's the thing: Anderson didn't find the task too difficult as he used it as a secret language with his junior high school friends. Show creator David Lynch had no idea when he cast him, and hired a trainer to help the actor. He soon cancelled the trainer and wrote even more difficult lines. 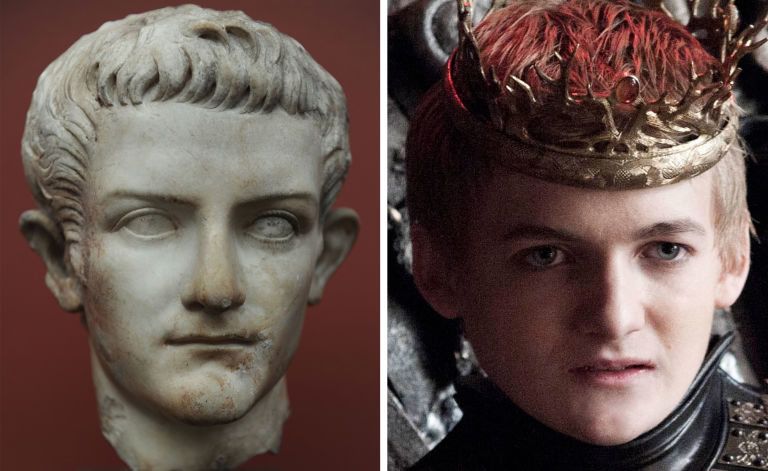 Actor Jack Gleason got the role because he's an amazing actor, but how coincidental is it that he looks exactly like the Emperor Caligula? (The Roman Emperor, who, you will recall, was accused of incest, executed people on a whim and made his horse a consul.) The answer is "enormously coincidental".

5| Will and Grace: John Barrowman almost played Will. 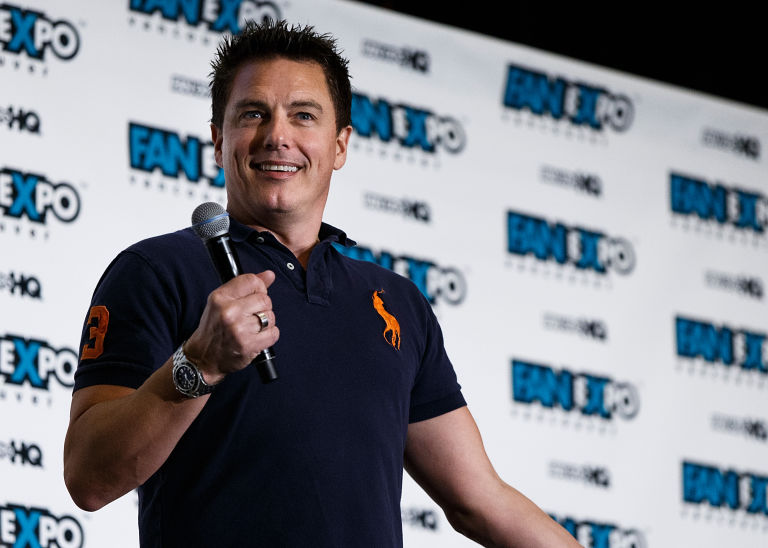 The Torchwood star was one of the final choices to play title character Will, but was rejected due to not being "gay enough".

John said in 2006: "I was of one of quite a few who got down to the last choices, and I was actually told that I wasn't gay enough—even though Eric McCormack is straight. Go figure!"

6| South Park: There are loads of hidden aliens. 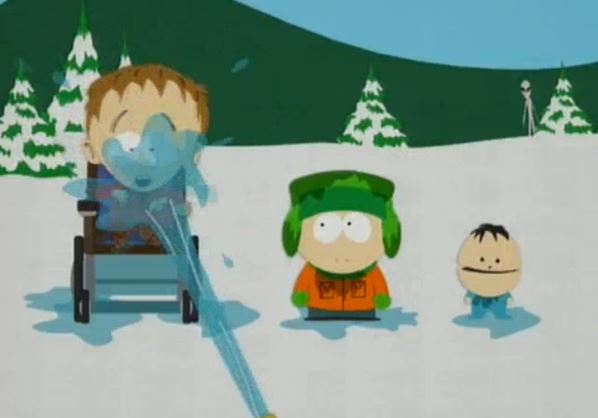 In many (but not all) episodes of South Park, Trey Parker and Matt Stone hid animated aliens in the background.

They can be found in posters, in crowd scenes, camouflaged, or even in a flash-frame. They clearly still want to experiment with Cartman's bottom.

7| Curb Your Enthusiasm: A wrongly accused man was saved thanks to the show providing his alibi.

Juan Catalan spent five and a half months in jail after being falsely accused of murdering a 16-year-old.

However, his innocence was eventually proven after he was spotted in the crowd of an LA Dodgers game which was used as the backdrop for a CYE episode. His lawyer managed to pick him out by watching outtakes from the episode, and all charges were dropped.

8| Modern Family: Luke is a genius in real life.

Nolan Gould may play dim-witted Luke Dunphy in the ABC comedy, but he's a lot brighter in reality.

He is actually a member of Mensa and graduated from high school at the age of 13. He also has an IQ of 150. 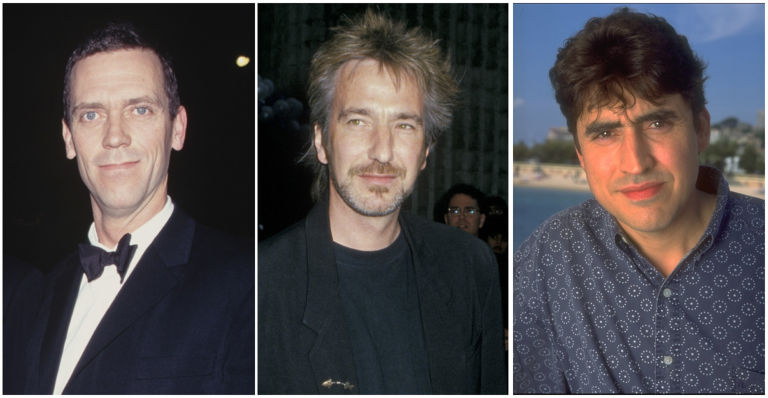 We all love Craig Charles and Chris Barrie as the boys from the Dwarf now, but how different would it have been with the two Als? Plus, Hugh Laurie also nearly got to play Lister.

10| Scrubs: the Janitor was originally meant to be in JD's mind.

Neil Flynn's grumpy janitor initially only spoke to Zach Braff's JD in the first season, as he was initially going to be a figment of his imagination.

However, this idea was scrapped later on so that Flynn could interact with other cast members. Good idea, otherwise we would never have had the brain trust!

11| The X-Files: Gillian Anderson had to stand on a box in most scenes 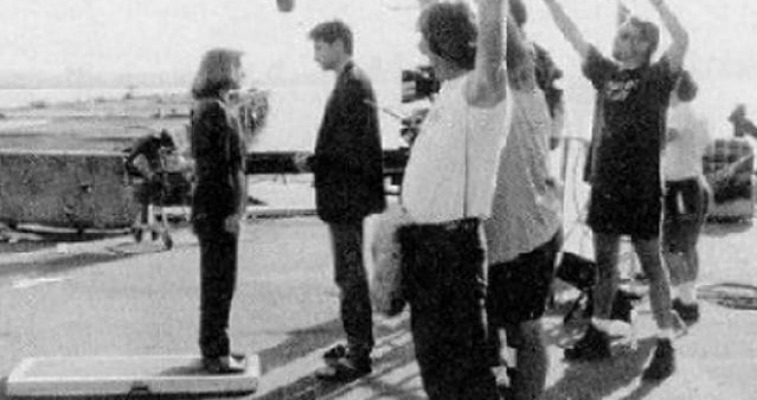 Standing at 5'2", Gillian is 10 inches shorter than David Duchovny, making some conversational scenes a bit tricky to film.

An apple box—a common tool used in TV and film—was brought in and dubbed the 'Scully Box'. It even returned for the revival: 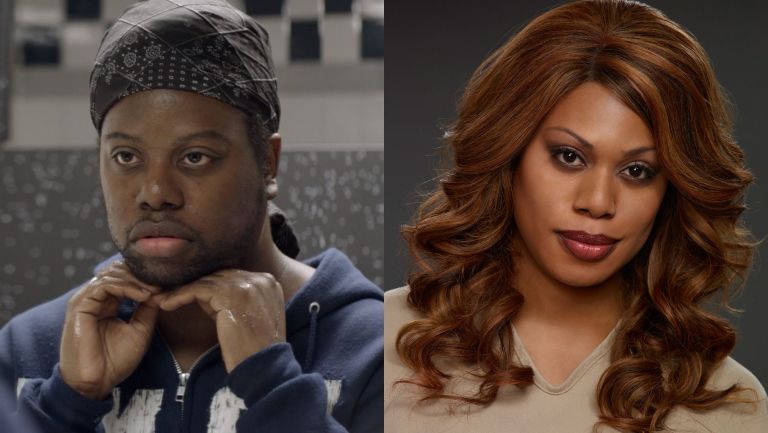 Transgender actress Laverne Cox was initially going to play her character Sophia in scenes as Marcus before her sex change. However, producers decided to bring in a male actor as Laverne wasn't masculine enough.

Her real-life twin M Lamar—who is a composer, not an actor—came in to play Marcus. "I'm really grateful that I got to share a little bit of this show and this moment with him," said Cox. 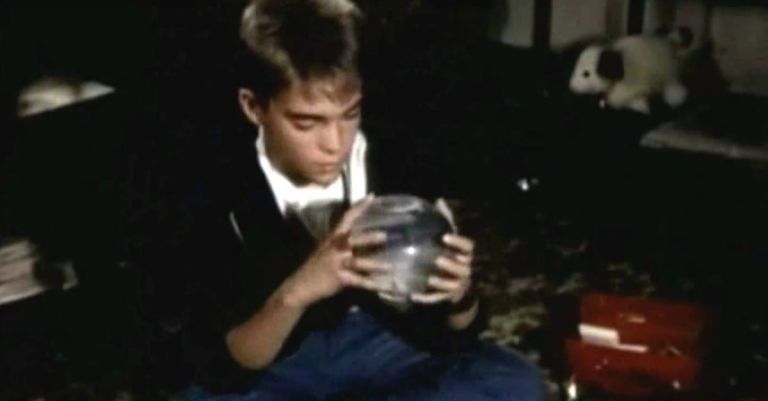 In the final episode of St Elsewhere, it was revealed that all events actually took place inside the mind of autistic child Tommy Westphall.

Given the extent of universe-sharing done by its characters, that could include everything from 24 to Arrested Development, Breaking Bad, Buffy the Vampire Slayer, Cheers, all the CSIs, Red Dwarf, Lost, Glee…Pretty much the whole TV landscape.

14| The Sopranos: Lady Gaga appeared as an extra.

She may have won a Golden Globe for her role in American Horror Story, but that wasn't Lady Gaga's first appearance in a TV drama.

The singer also appears as a background character in The Sopranos episode "The Telltale Moozadell" in 2001.

15| The Simpsons: Krusty the Clown was meant to be Homer in disguise. 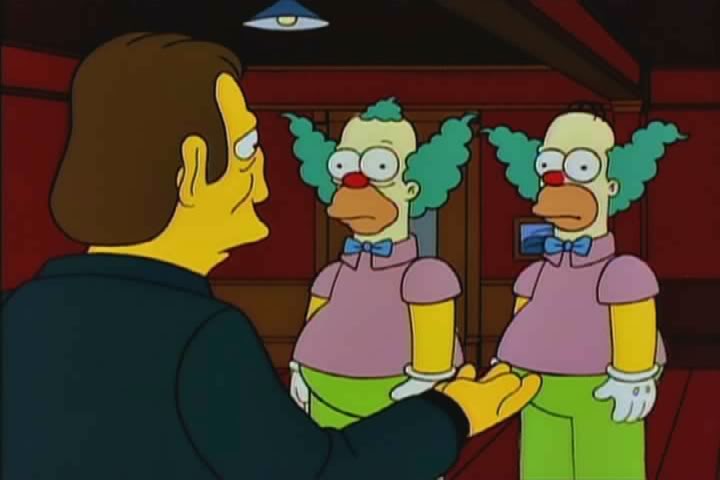 Matt Groening said in 2007: "The original idea behind Krusty the Clown was that he was Homer in disguise, but Homer still couldn't get any respect from his son, who worshipped Krusty.

"If you look at Krusty, it's just Homer with extended hair and a tuft on his head. We were in such a rush in the beginning of the series that I thought, 'Oh, it's too complicated', so we just dropped it. But when I look at Krusty, I think, 'Yeah—that's Homer'."

16| Woody Harrelson's dad was a hitman. 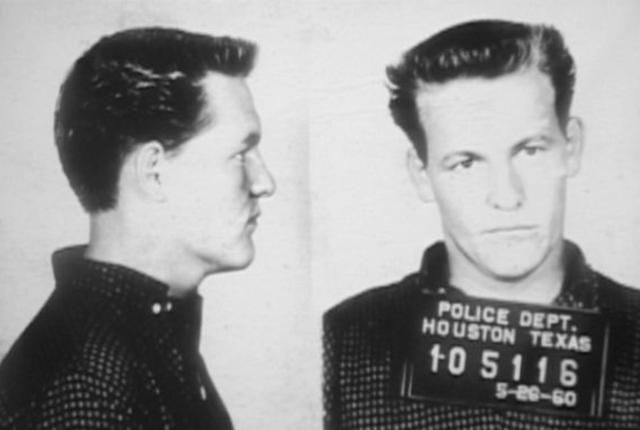 Woody's a pretty laidback guy, but his father, not so much. He was implicated in at least three organized-crime-related murders and spent much of his life behind bars.

17| The Walking Dead and Breaking Bad are in the same universe. 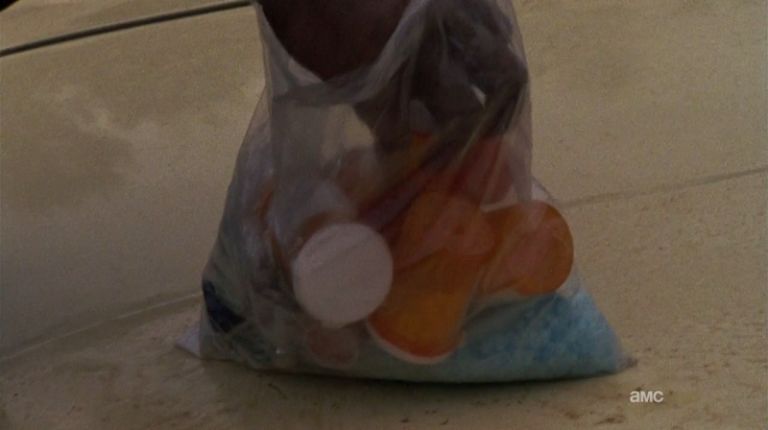 The two AMC shows (sort of) cross over in season two of Walking Dead when Daryl reveals that Merle was a drug dealer before the walkers arrived, and we see Merle's stash clearly has Walter White's trademark Blue Sky meth at the bottom.

Not only that, but Glenn is seen taking a Dodge Challenger that looks very similar to Walter's car. And a 'Glenn' is the manager of the car company that an angry Walter dealt with:

Later on, Daryl speaks about his brother, and mentions that he knew a "janky little white guy" drug dealer who told him: "I'm gonna kill you, bitch."

18| The Wire: Only one police officer ever fires his weapon.

You'd think that, in five seasons of a cop drama that deals with drugs, murder and corrupt detectives, plenty of officers would have used their pistol, but nope: only one.

Roland 'Prez' Pryzbylewski is the only cop to do so, and he did it three times. All three were errors: shooting a squad room wall, drunkenly firing into the air and mistakenly shooting an undercover cop. Whoops.

19| The Simpsons: All the McBain clips put together make a full film

Did you love those little clips of the Arnie-style movie McBain? Well, if you put them all together, the result actually has a plot: McBain is fired, his partner is shot, he gets his gun back, and seeks vengeance. And it's still better than the Taken sequels. 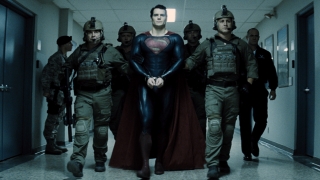 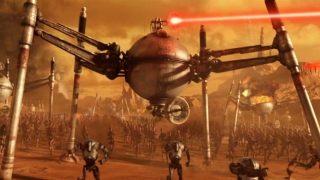