With Split, the director's career is heading toward another big twist. 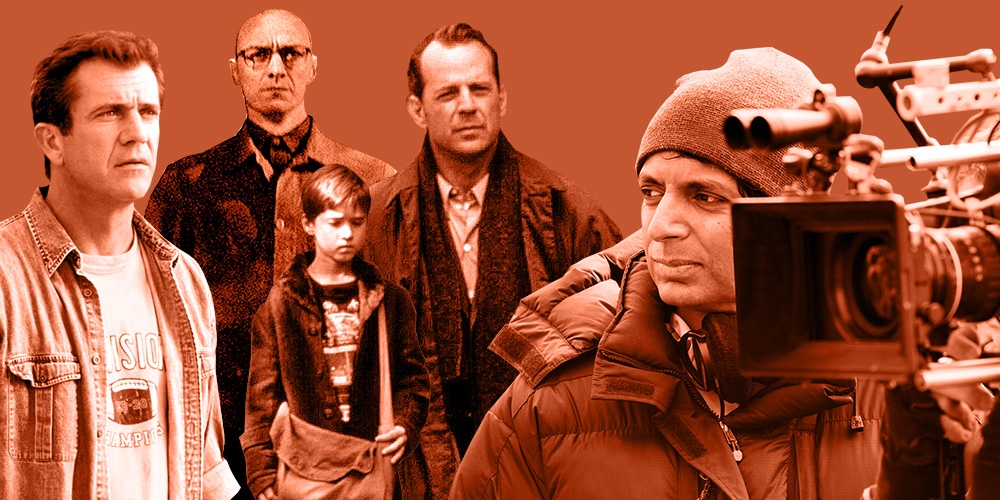 In 2002, Newsweek put M. Night Shyamalan on the cover of their August issue, calling him "the next Spielberg." His film Signs was coming out that month, and the stakes were enormous. The Sixth Sense (a great film) had been one of the surprise massive hits of 1999, but his follow-up, Unbreakable (a very good film), failed to capitalize. Signs (another very good film) went on to do very well, but by the time it ended its run, Shyamalan's perceived schtick was beginning to wear thin. His next film, The Village (a good, underrated film), cemented that trend, and by the time The Happening (a terrible film) came out, Shyamalan appeared to be little more than a laughing stock. Nearly a decade later, Shyamalan has seemingly found his groove, bringing small thrillers like The Visit and now Split to theaters. But the stain of his apparent downward spiral has not been erased.

To understand where M. Night Shyamalan went wrong, we have to acknowledge two important facts: it's not his fault, and it's also entirely his fault.

M. Night Shyamalan can't be blamed for the hype that surrounded him in the early days, particularly around The Sixth Sense. While the young director had already made two features and worked on various screenplays in Hollywood, The Sixth Sense was the kind of breakthrough most filmmakers could only dream of. An expertly crafted, beautifully shot, well-acted, emotional thriller with a genuinely surprising and enriching twist. The movie made close to $300 million in 1999. It got stellar reviews. It won awards. It's the kind of start that's inevitably impossible to match. And while Steven Spielberg followed Jaws with the hugely successful Close Encounters of the Third Kind, Shyamalan made Unbreakable.

The problem with Unbreakable is that it wasn't The Sixth Sense. Plain and simple. Expectations were set, and not met. When Signs came out, audiences treated its ending, in which the alien invaders were defeated by an allergic reaction to water, as though it was some kind of bad twist, rather than a nod to Wells's War of the Worlds. The perception was that Shyamalan was a one-trick pony, making thrillers that relied purely on twist endings. It was an unfair reading of Shyamalan as a director, as well as the three films, which are each quite distinct from one another. It wasn't Shyamalan's fault that he became pigeonholed as the director of thrillers with twist endings, nor was it his fault that people judged those films by how well their twists were executed.

It was after the release of Signs, though, that Shyamalan's responsibility for his downfall showed itself. Maybe he couldn't control the Newsweek cover, but he definitely had a say in the 2004 documentary about himself, The Buried Secret of M. Night Shyamalan. That film, a fake "unauthorized" documentary purporting to show that Shyamalan can communicate with the dead, a power he got after apparently dying for half an hour when he drowned in a pond at age 11. Film critic Matt Singer wrote about the perplexing Sci-Fi channel special for IFC, calling attention to just how utterly bizarre it is. But far more than just strange, The Buried Secret of M. Night Shyamalan is a perfect encapsulation of the way Shyamalan had not only bought into his own myth as a supernaturally gifted filmmaker, but sought to sell that image himself.

The Village, for as much as it can be defended, played right into those perceptions of Shyamalan's penchant for cheap twists. Lady in the Water made his extratextual delusions of grandeur into text. The Happening was practically a parody of an M. Night Shyamalan film. Shyamalan went down a road in which all the unfair characterizations of his work and his apparent self-seriousness were completely validated. It didn't help that his next two films, The Last Airbender and After Earth, two big budget blockbusters, were also extremely poorly made, lending credence to theories that maybe Shyamalan was never the craftsman he was made out to be, but rather a writer-director who got lucky with one or two films early in his career.

It didn't have to be this way. There's an alternate universe version of his career where after Signs or The Village, Shyamalan ignored the hype surrounding his films and just kept plugging away, making small-to-medium-size budgeted thrillers and dramas, some better than others as with any other director, and collected for himself a reputation as a reliable craftsman. In fact, after the disasters that were The Last Airbender and After Earth, Shyamalan has been attempting to refashion his career and the perception of his work to match exactly that. The Visit is not a great, film, but it's decent. Moreover, it cost only $5 million to make and grossed $65 million domestically—that's $5 million more than $130 million dollar budgeted After Earth made!

Now comes Split, a film that's receiving mostly positive reviews, and like The Visit, it cost only $5 million to produce. That's a price almost unheard of in Hollywood, and it puts Shyamalan in a position where he really can't lose. The stakes and expectations just aren't high enough to disappoint anyone. It might take a few more of these small budget thrillers for M. Night Shyamalan to regain trust from moviegoers, but so far it's working. And of course it is. It's what he should have been making all along. 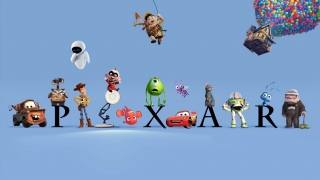 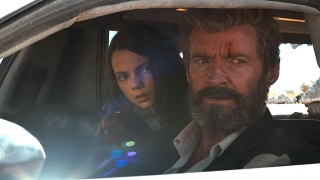