Everything We Know About George R.R. Martin's The Winds Of Winter

We love Game of Thrones. A lot. But season seven's condensed plotting and occasional character teleportation ("Just popping down to King's Landing from Dragonstone, be back in ten minutes!") has made us ache for the next installment of George RR Martin's A Song Of Ice And Fire book series more than ever. Especially as each of the final two books are rumoured to be 1,500 pages each (which means there'll be no narrative shortcuts here).

But, as anyone who's followed the books will tell you, it sometimes feels like the White Walkers will be upon us in real life before we get to read about them reaching King's Landing.

We've even gone as far as suggesting Sam will finish writing the books on the show before Martin does.

Still, the good news about the long wait is there's been plenty of time for fun speculation. We've rounded up all the latest news, theories and rumours, for everything you need to know.

The Winds of Winter release date: When's it out? 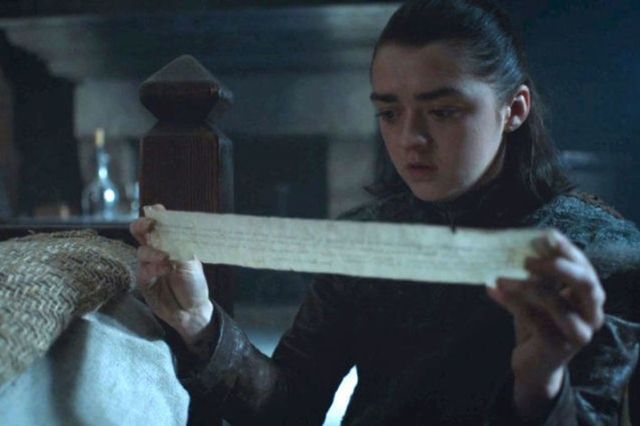 Collectors of the A Song Of Ice And Fire book series are already chuckling at this one. That's because it's been a bone of contention for a very, very long time. George started the Game of Thrones novels in 1991, and it's been six years since the last book was released way back in July 2011.

So fans have been waiting for the conclusion of this story for quite a while, but their long night looks like it might be coming to an end—there've been plenty of hints that The Winds of Winter is indeed coming. Admittedly, most of those hints were broken promises: "It'll be out in three months!" "Three more months!" "Get off my lawn!"

George being George, there's probably time for at least six more broken promises before the book does land on our doorstep. As recently as January, he was hinting we'd get the book before the end of 2017.

"[I'm] not done yet, but I've made progress. But not as much as I hoped a year ago, when I thought to be done by now," he wrote on his blog.

"I think it will be out this year. (But hey, I thought the same thing last year)."

Yes, yes you did. And the year before, and the year before that… Martin's since updated his schedule: "I do think you will have a Westeros book from me in 2018... and who knows, maybe two. A boy can dream."

But until we hear differently, mark 2018 on your calendar (an image posted on Martin's Twitter feed in October 2017 showed Santa's sleigh being pulled by a dragon, which some fans believe means Santa will bring the gift of The Winds of Winter's release later this year).

... I thought 2016 was a bad year, but 2017 was even worse... if not so much for me personally, then certainly for a lot of my friends and loved ones, and for the nation and the world as a whole. I hope better times are ahead for all of us. #hopeful pic.twitter.com/mIFPTrYgin
— George RR Martin (@GRRMspeaking) December 30, 2017

The fact that he thinks there may be two books out is a strong indication that, while he's not finished, he is at least writing them simultaneously, waiting till he's broadly happy with the final book, A Dream Of Spring, before polishing off Winds. Which in turn suggests Winds is almost ready, barring any major plot problems caused by later ideas for A Dream of Spring.

The Winds of Winter sample chapters: what's in it?
As much as fans like to complain about George taking his time, we'd rather that than he rush it. And it's not as though he hasn't given us plenty to keep us distracted in the meantime.

George has released nine chapters from The Winds of Winter to the public so far. Some are finished chapters he cut from the last book, A Dance With Dragons, and some are brand-new for the next book. 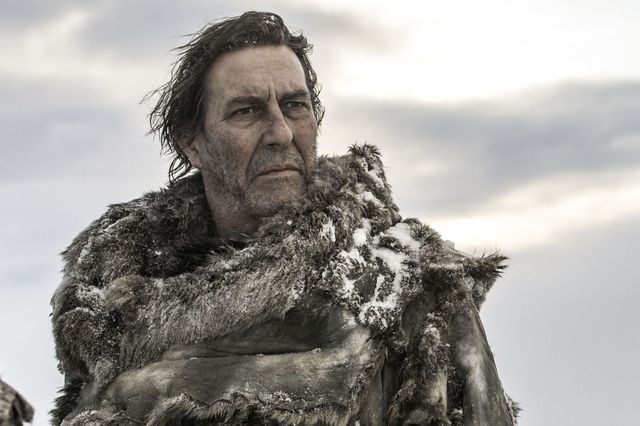 They're all character perspective chapters (which is how the books are structured), and, so far, we've seen new material from Sansa Stark (currently going by the name Alayne in the books, it's a long story), Arya Stark, Arianne Martell (who isn't on the TV show—we'll come back to her in a moment), Aeron Greyjoy (Euron's priestly youngest brother, who's only appeared briefly on the show), Theon Greyjoy, Victarion Greyjoy (another of Euron's brothers, who was never in the show), Tyrion Lannister, and Barristan Selmy (dead on the show, alive in the books).

If you want to read them, your best bet is to download the World Of Ice & Fire app, where most of them reside. For the rest, Google around and we're sure you'll find them somewhere.

The Winds of Winter theories: what could be in it? 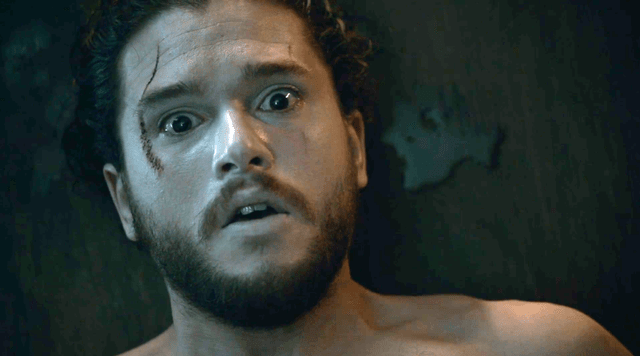 Thanks to the show, we already know a lot of what will be covered in the next book.

A Dance With Dragons ended on a massive cliffhanger. Jon Snow is dead! Arguably the main character in a cast of thousands! What on earth will happen next?

Well, he'll come back, obviously. The only real mystery is whether it'll happen in the same way in the book as on the show. George's books are far more intricate than the series, so expect Jon's return to be a more complicated process in The Winds of Winter. Currently, we don't even know if he'll return as a perspective character… (he will though).

Season six of Game of Thrones actually ended on an episode titled 'The Winds of Winter'—the one where Cersei blew up her enemies with wildfire, so expect that sequence to appear in the next book too.

However, the show probably isn't the best guide for what will take place. "Winds of Winter will be different in some ways, but will parallel the show in others," Martin revealed recently. "At this point, there are probably a dozen characters who are dead on the show but alive in the books, so it would be impossible for the two to remain the same."

So, let's ignore the show for now, and talk specifically about the books, as there's plenty of new book-only stuff that's been confirmed.

George has talked about a significant moment for a character that the show has killed off, a huge twist that will shake up the story.

There are plenty of contenders for who this could be—but fans have bet their gold dragons on it being Mance Rayder, Stannis Baratheon, or Barristan Selmy. Each has (very complicated) unresolved cliffhangers still to complete in the book universe.

One of the biggest book-only characters is Lady Stoneheart, who's technically been killed off on the show and the books (Stoneheart is an undead version of Catelyn Stark). George could be playing with us here, and she could be the character he's hinting at.

Another book-only character to pay close attention to is Arianne Martell, who's part of a huge extended plot that's been completely cut from the series. She's a fan favorite, one that George clearly loves (he's released not one, but two Arianne perspective chapters)—so we'd wager he's got big plans for her.

The Dorne stuff is infinitely better in the books than on the show, so don't expect Martin to stick to the TV storyline and randomly kill everyone off suddenly. Which means the dead-character twist could come from any number of Dornish folk.

In order to cover everything that could happen in The Winds of Winter, we'd need 1,500 pages of our own, so let's just say we can't wait to find out how Davos gets on with Rickon in the land of cannibals, to find out what the "controversial" Sansa chapter is (will she sleep with Littlefinger? Ew!), and what on earth's going on with that whole Aegon Targaryen Mummers' Dragon thing (another significant element missing from the show).

Intriguingly, it was originally titled A Time For Wolves, before Martin decided to change it, either because it was too spoilery (it doesn't leave much mystery as to who will "win" the Game of Thrones), or because he's shifted his focus. The original title did suggest a fairly Stark-heavy conclusion.

Fans are desperately hoping that George will release A Dream Of Spring at the same time as The Winds of Winter, but that's probably based more on the fact that they don't want to wait until 2025 to read it than the chances of it actually happening.

Still, he has hinted that they'll be two Westeros books out in 2018, though we'd wager one of them will be a histories book, or a similar spin-off.

The Winds of Winter cover: what will it look like? 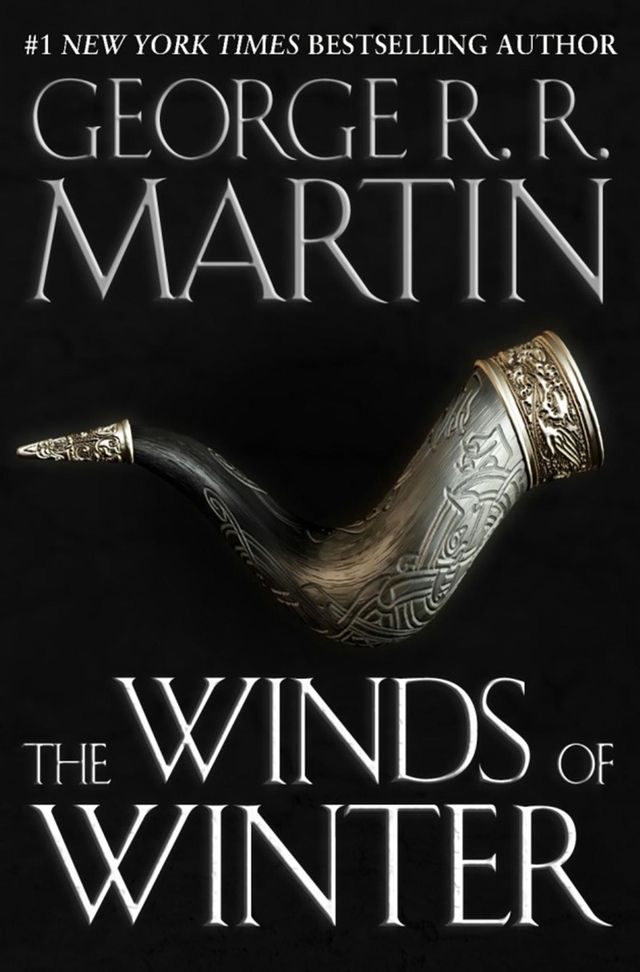 George RR Martin has confirmed the above horn illustration is the official cover of The Winds of Winter (unless he changes his mind between now and when it's actually out—he did say "for the moment" in his confirmation).

Some fans have speculated that this is the legendary Horn Of Winter, a magical instrument which has the power to bring down the Wall that protects Westeros from the White Walkers.

That certainly seems to be the case, so we can expect a fairly massive set-piece—one we haven't seen on the show yet—to appear in The Winds of Winter.

You know, if we ever get the chance to read it. 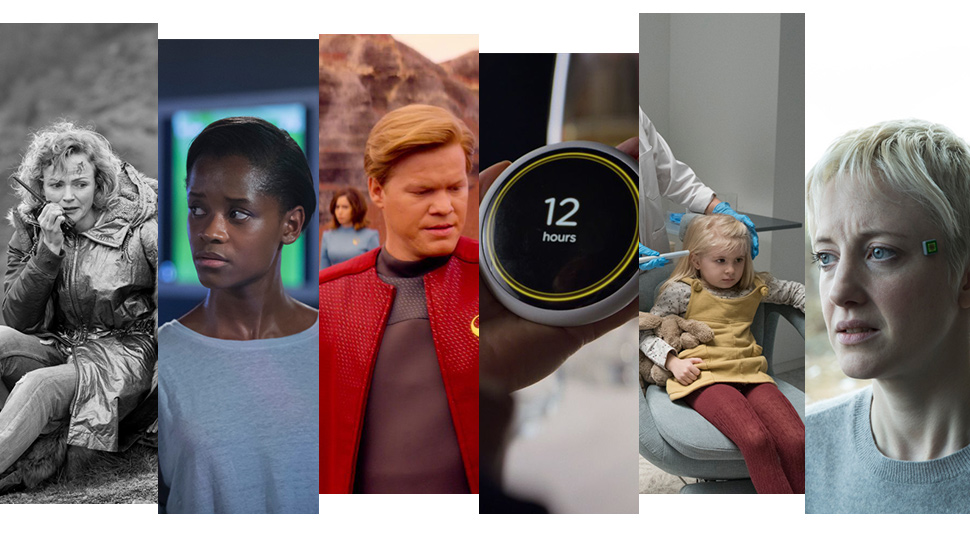 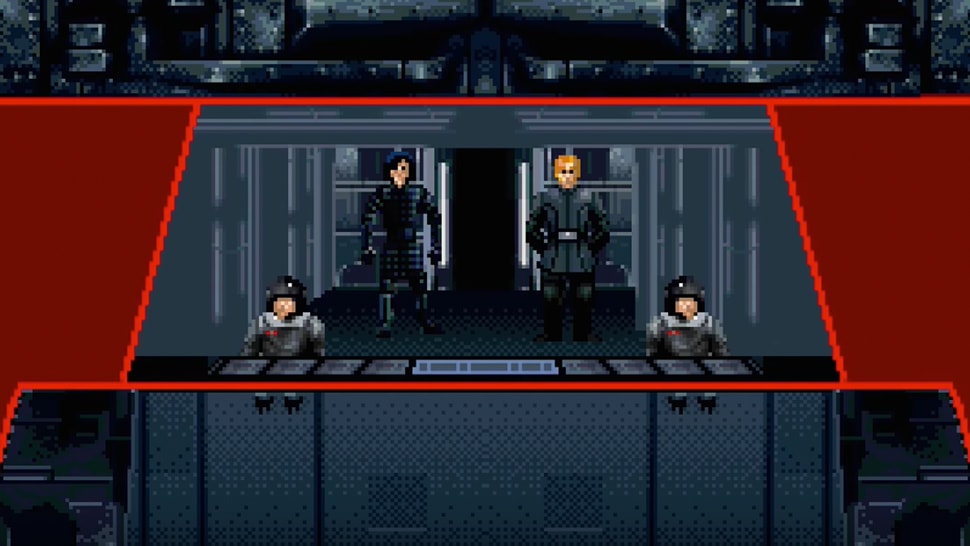