The new "Tetris" game is an unforgettable battle royale shoot-out with old-school style. 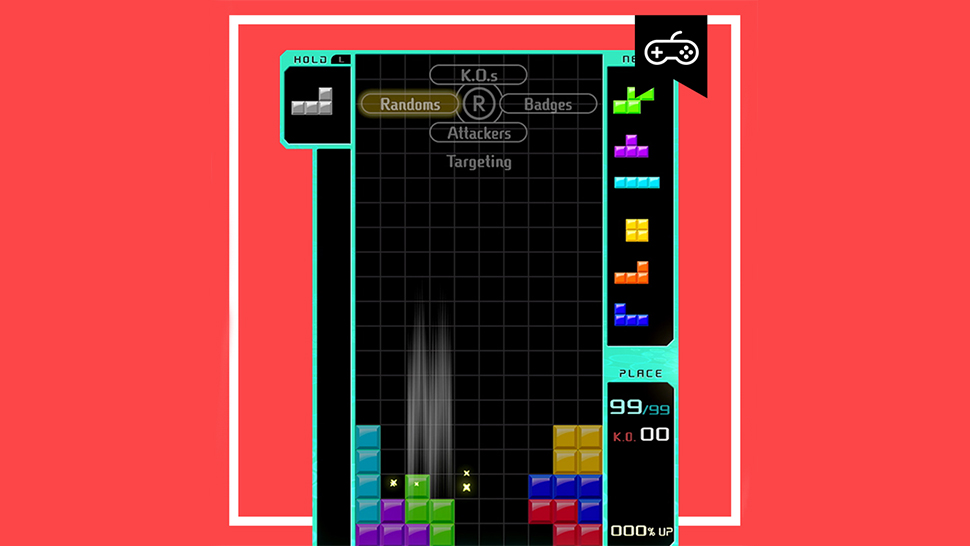 The best battle royale game on the market isn't Fortnite, Apex Legends, or PlayerUnknown's Battlegrounds. It's a new riff on one of the most important retro video games ever made: Tetris 99.

A lot of fantastic announcements came out of February's Nintendo Direct, but none were as out-of-the-blue as the news that the timeless puzzle game Tetris would be jumping onto the battle royale bandwagon. And as weird as the concept sounded then, it is the most enthralling and addicting battle royale game I’ve played to date.

In 2018, nearly every first-person shooter that could try its own take on the battle royale genre. While you’d never mistake Apex for Fortnite or PUBG, it was still exhausting to see the market become oversaturated with too many games with few differentiating features: Fortnite had its cartoony style and emphasis on building, Apex was grungy sci-fi with resurrection abilities and easy communication, and PUBG was hyper-realistic. The battle royale market was ideal for those who loved first-person shooters—lots of them—but left the rest of the audience at the door. That is, until Tetris 99. Tetris 99, which came out February 13 and is free to play, broke the battle royale mold, proving the high-adrenaline format could still work for gamers who don't enjoy shooters.

Tetris 99 takes the feverish puzzle game everyone knows and loves and twists it into a high-stakes competition. In the game, you’re randomly paired up with 98 other online players, all of you attacking each other. Tetris 99’s combat system is admittedly one of the most confusing (and interesting) parts of the game. When you drop the right pieces to clear multiple lines, it throws "junk" at your opponents to clutter up their playing field; the more lines you clear, the more junk gets thrown. At the same time, your opponents are throwing junk right back at you, and once enough of it stacks up, you're eliminated. You could play strategically—the game lets you save shapes for later and target specific opponents—or you could just play Tetris the regular way and deal with attacks as they come in.

In Tetris 99, attacking can be as simple or as challenging as you choose to make it. You can set the game to automatically select targets for you, or you can actively choose easy prey based on who's close to drowning in junk. The best players utilize this to pound on their attackers or to team up and take out top players who are crushing the competition. It’s a fairly basic system in terms of mechanics, but extremely complicated in terms of strategy. Keeping an eye on other players is key. So is timing your line-clears just right to kick other players while they're down. Every once in a while you get a bunch of crazy good—like deal-with-the-devil good—Tetris players rocking you not even a minute in. Those are the most nerve-wracking rounds when you're still trying to remember the buttons and you have 15 full bars coming at you and you've only laid a few pieces down. 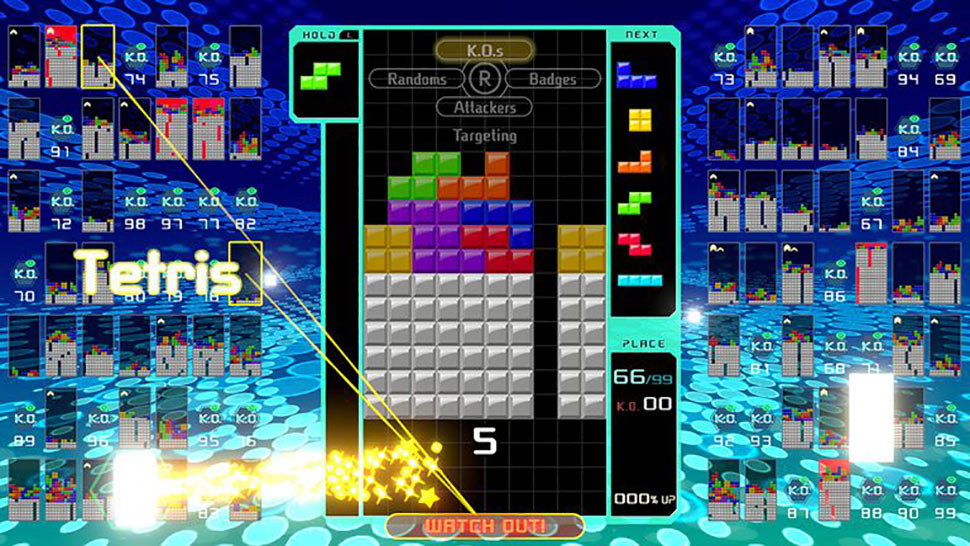 Despite the randomness, the battles maintain a level of personality. You can suss out an opponent's strategy: Do they sweep their lines whenever they can, or do they wait to rack up three lines at once? There may not be as much versatility in terms of combat items as other battle royales, but there's a coveted survival strategy for those willing to learn it. At the end of the day, however, puzzle skill alone might get you through.

And that’s the best part of Tetris 99: It’s just Tetris, but with 99 people all trying to be the quickest. It is hands-down the most accessible of all the battle royale games on the market. You get that same adrenaline rush, but in Tetris 99, every player is dealt the same hand, the same pieces. No one has better weapons or loot stashes. On this level playing field, it's all about your own management, which makes it both great and absolutely rage-inducing.

About The Author
Cam Sherrill
View Other Articles From Cam Sherrill
Get The Latest Updates From Esquire!
Subscribe to our newsletter!
Latest Feed
Load More Articles
Esquire Money