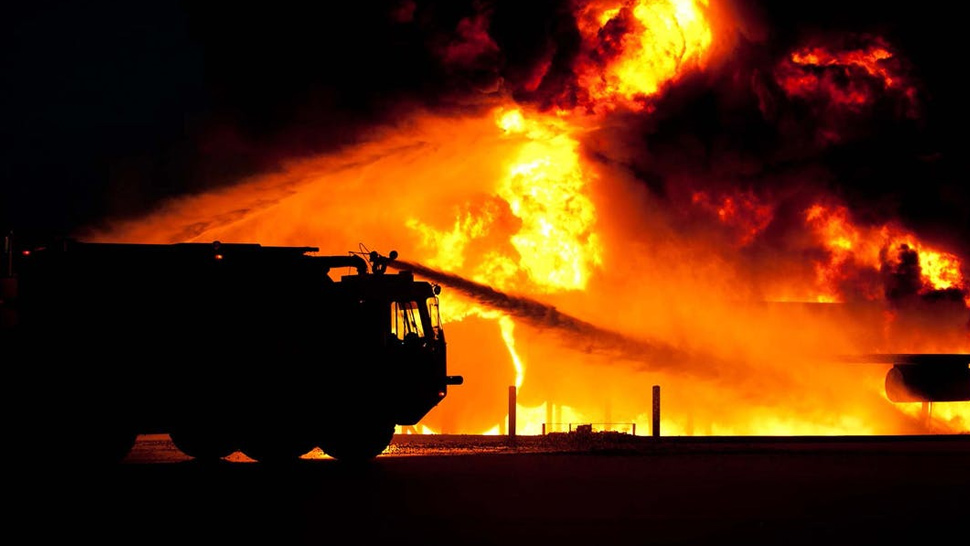 March is Fire Prevention Month in the Philippines. While the country is more infamous for its disastrous typhoons, fires have also manifested their destructive prowess in the course of Philippine history.

It’s not surprising that people have harnessed the power of fire in times of war. One of the earliest notable uses of fire in warfare was in then 16th Century, when Limahong (Lim Hong or Ah Hong) led a pirate army of 3,000 to capture Manila. His plan was to use Manila as his base of operations against the Ming Dynasty, which was after him and his troops.

Knowing that the city’s houses are made mostly of flammable materials, he burned almost the entire city to the ground. The fatalities include Martin de Goiti, master-at-arms of Miguel Lopez de Legazpi. Despite incurring losses, the Filipinos and Spanish proved to be tenacious and defeated Limahong in ground battle. Limahong soon withdrew his forces.

Another instance was during the Philippine-American war. When the Spanish handed the Americans the keys to Manila, Filipinos were driven out the city. The hotheaded General Antonio Luna had his men burn down the city, causing panic among its new inhabitants. The local firefighters didn’t even try to help—because why would they help their new conquerors?

Aside from these exceptional instances, fires gets its bad rep because of the high fatality of innocent bystanders who were just at the wrong place at the wrong time. If one looks closely, however, most of these incidents caused more damage and deaths than it should due to negligence, carelessness, and even corruption. Here are some of the most infamous fires that made local and international headlines the past 50 years.

What should have been a night of fun and celebration ended disastrously for over 200 young people.

The Ozone Disco was the local watering hole and go-to weekend hangout place of college students and yuppies back in the ‘90s. On March 16, 1996, a lot of the young people who went to the club wanted to unwind to celebrate the end of the school year and their impending graduation ceremonies. Everyone was having fun until the disc jockey’s booth caught fire.

At first, some of the clubbers thought it was part of the special effects. When the fire grew, it was mass hysteria. People rushed to the only exit which only opened when pulled. Since the door was being pushed due to the panic and stampede, it trapped most of the club’s attendees that night.

Out of the 350 clubbers and 40 employees in Ozone Disco that night, 162 people were killed in the fire and over 90 people sustained injuries. Several people were charged for the tragedy but it was only in 2014 when seven officials of the Quezon City government were found guilty for anti-graft and corrupt practices in connection with issuing permits with the Ozone Disco management.

The fire started in the first floor of the factory. Because of the highly flammable materials, it quickly spread to the upper floors. Most workers were trapped because the fire exits were already consumed by fire. Some workers who were stuck in the upper floors risked jumping, but they sustained fatal injuries.

On December 4, 1998, a fire broke out at the Bahay Kalinga orphanage in Paco, Manila, caused by faulty electrical wiring. It was 2 a.m., and most of the children and their caretakers were still asleep.

Out of the 70 people who were inside the establishment that night, 28 died, most of them orphans. These were the kids who were trapped on upper floors, and babies abandoned in the nursery. Two kids even went missing, and are presumed dead. Tragically, the fire broke out only a day before a local company was to host a Christmas party for the children.

The Manor Hotel in Quezon City had over 170 people staying throughout its six floors on August 18, 2001. At around 4:30 a.m., a fire broke out on the third floor, and the smoke prevented most guests from coming out of their rooms. One would think that they should have just climbed out of the windows—except that their windows had metal grills, a clear violation of building safety standards and regulations. Later investigation also revealed that the hotel lacked other safety measures such as water sprinklers, fire alarms, emergency lights, and fire exits.

A total of 75 people died and 35 more were injured. Most of the casualties were participants in a Christian crusade, sponsored by the Texas-based Don Clowers Ministries. Most of the dead were found in the bathroom where they tried to escape the smoke.

On May 13, 2015, a factory that produced flipflops and rubber shoes caught fire when welding sparks ignited chemicals that were, unfortunately, stored near the entrance of the factory. It took five hours before the fire was completely put out—by then, 74 people had died. Most of the corpses were found on the second floor, and most of them were badly burnt, reduced to charred skulls and bones.

Two days before Christmas—a season where most Pinoys go to the mall for shopping—a fire engulfed the 14-year old NCCC Mall in Davao. The fire started in a short circuit at the ceiling of the sections of fabric and furniture. The fire went on for 32 hours, killing 38 workers, most of whom were call center agents, whose office was located on the fourth floor.

Authorities later found out that there was no functioning sprinkler system on the third floor of the building, where the fire started. Control valves for the sprinkler systems were also manually turned off during the time of the incident.

The passenger ship Doña Paz was on its way to Manila from Tacloban, Leyte. At the same time, the oil tanker MT Vector was carrying 1,050,000 litres of gasoline and other petroleum products from Bataan to Masbate. Shortly before midnight of December 20, 1987, just five days before Christmas, the two vessels collided into each other along the Tablas Strait, near Marinduque. This ignited a fire that spread quickly onboard. Survivors would later recall that, aside from the ship, the sea also appeared to burn—the result of the gas and petroleum leaking from the ship.

A reported 4,000 passengers died in what is considered the world’s worst peacetime maritime disaster. The tragedy was exacerbated by the lack of life jackets and the overcapacity of the passenger vessel—at least two thousand passengers were not listed on the manifest.