In One-Woman Show Every Brilliant Thing, Everyone Is Involved 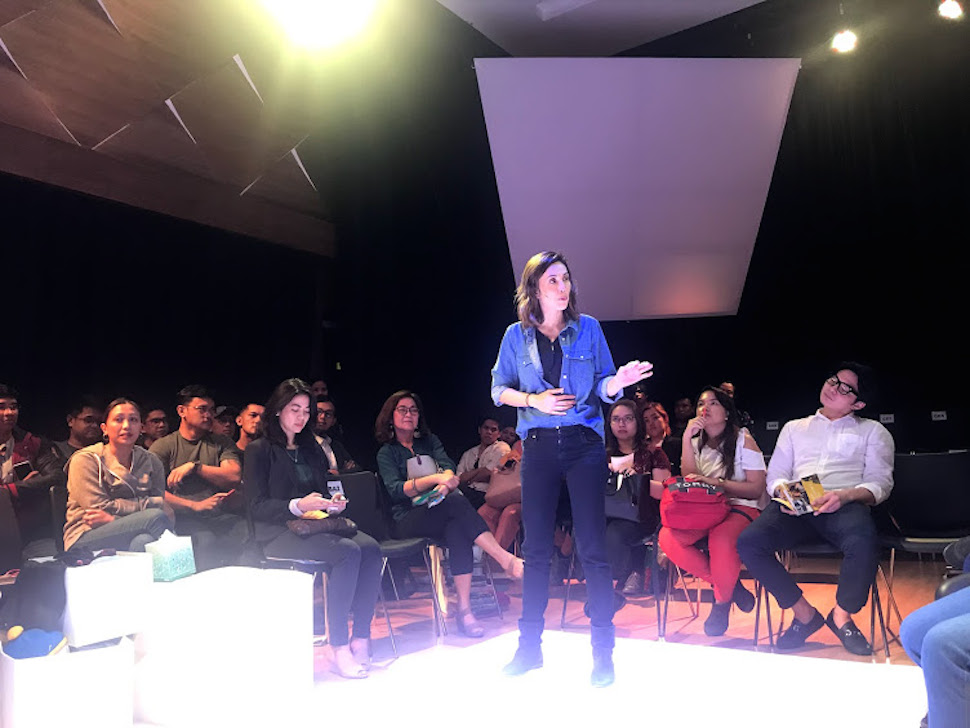 In Every Brilliant Thing, a woman recounts her life with a depressive mother. It starts when she’s seven—when her father takes her to the hospital because mom did “something stupid.” It’s a lot to take for someone so young, and she doesn’t really understand what’s happening. So she starts a list of every brilliant thing in life—starting with ice cream—as a way to cope, and to help her mom see all the things in life worth living for.

Independent theater company The Sandbox Collective is staging the play for the first time in the Philippines starring Teresa Herrera. The model, artist and former TV host has a tough task; as a one-woman show, there’s nowhere to hide and no other actors to rely on. But the production has a conceit—involve the audience so they become part of the show.

Hererra’s stage is a space in the middle of the intimate venue surrounded by the audience, with books and vinyl records placed strategically around the area. She hands out slips of paper to some audience members who are instructed to yell out its contents when the cue is given. Later on, a couple of audience members play even more significant parts in the production. Never has the phrase “interactive theater experience” been more spot on. 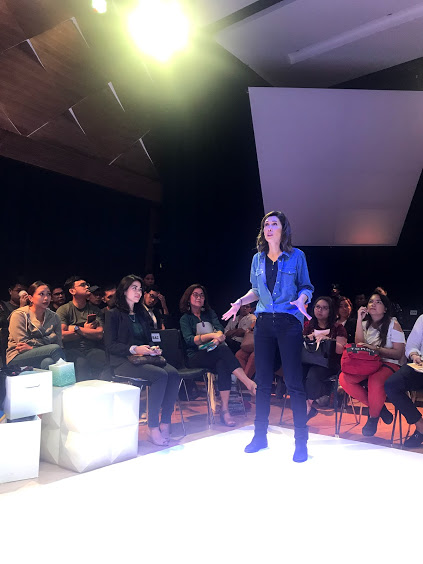 And make no mistake—Every Brilliant Thing is an experience. We follow Herrera’s character’s life from childhood to her teenage and college years, and eventually to maturity. At each stage she is haunted by confusion and grief from her mother’s delicate situation and, at some point, she wonders if she, too, will descend into that dark place.

Herrera glides through the many stages of her character’s life with grace and empathy. She can be vulnerable and broken one minute and become joyous and charismatic the next. You can’t take your eyes off of her, and it’s not just because she’s the only person onstage (mostly). And it goes both ways—each time she delivers her lines, locks eyes with him or her, and immediately a kinship is established. It doesn’t take long to get everyone rooting for her, to get them invested in her life and what she’s going through.

It’s hard enough to play a character onstage, but to switch between that and breaking character to ask audience members to participate, and then engage in an impromptu dialogue—that takes special skills and bucketloads of believability and charm. Luckily she’s blessed with both.

Yes, it tackles mental health and deals with issues that have never been more topical, but at its core, Every Brilliant Thing is an appeal for understanding—for people who suffer from misery and pain that can’t easily be chased away by taking a pill or a round of drinks with friends. It asks us to throw away antiquated notions of what constitutes mental illness and challenges us to get involved and help when we see it manifest in people in our lives. Most of all, it helps us recognize and accept it when we see it in ourselves.

“If you’ve lived your whole life without having been depressed,” she says at one point in the performance, “you probably haven’t been paying attention.”

Directed by Jenny Jamora, Every Brilliant Thing runs from February 2 to 24, from Fridays to Sundays at the Maybank Performing Arts Theater in Bonifacio Global City, Taguig

There are 'Avengers: Endgame' Spoilers Hidden in the New 'Agents of Shield' Trailer
All Photos
Comments
View As List