This Epidemiologist Has Been Warning Us About Dengvaxia Since 2016 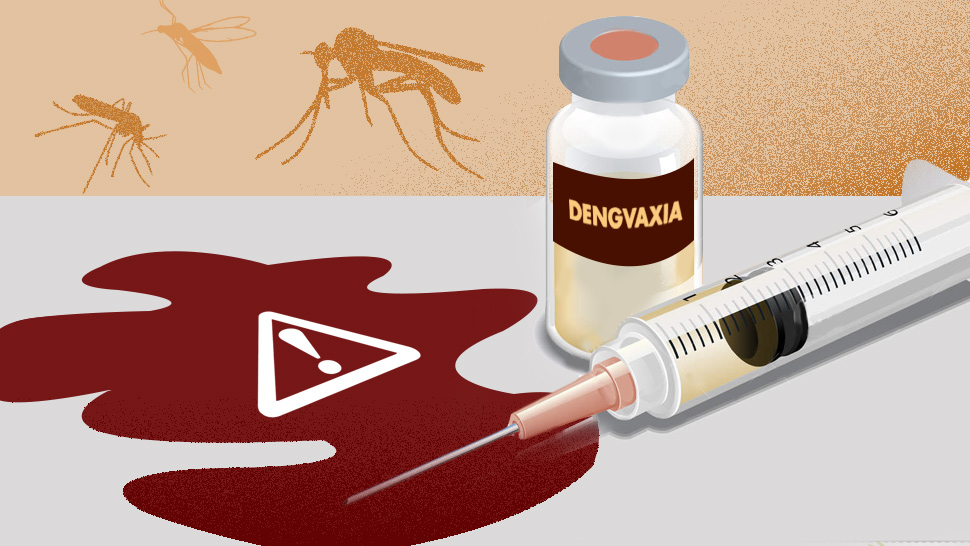 They saw it coming. Back in October 2016, clinical epidemiologists Antonio and Leonila Dans released a Facebook video cautioning the public against taking a vaccine against dengue called Dengvaxia. The six-minute clip explained that, while Dengvaxia was beneficial for seropositives (people who had previously been infected by dengue), it could cause seronegatives (people who had never had the disease) to contract severe dengue. They cited a September 2015 study published in the New England Journal of Medicine, which said that the incidence of severe dengue among unvaccinated children was 3 out of 10,000. On the other hand, 16 out of 10,000 children experienced severe dengue three years after receiving Dengvaxia.

Severe dengue is caused by something called Antibody Dependence Enhancement (ADE). The first time a person gets dengue, the disease is so innocuous that it’s often mistaken for the flu. The immune system develops antibodies against dengue, and—counterintuitive as it may sound—this is what causes the person to experience severe symptoms the second time they get infected. “The third and fourth infections are usually benign,” Dr. Tony Dans adds.

He explains that when administered to seronegatives, Dengvaxia acts like a first infection, priming the body to develop severe dengue once the person is bitten by an actual mosquito. “The dengue vaccine is very different from other vaccines,” he says. “[With] most vaccines, you give it before children get infected. This is a vaccine which is unsafe for such children. This is a vaccine you want to give children who already have an infection. So the requirement is unique.” Given this, Dans believes that all patients should be tested for previous dengue infections before receiving the vaccine, and that the DOH shouldn’t have mass-distributed the Dengvaxia without administering tests.

In April 2016, the World Health Organization (WHO) recommended that Dengvaxia be administered only in countries where seroprevalence (or the number of people who have had dengue) was greater than 70%. However, the DOH had already decided to launch a mass vaccination program before this information was released, and implemented its school-based immunization program that same month.

They made their decision based on studies that showed 90% of Filipinos are seropositive. However, Dans calls the veracity of this figure into question. “The 90% seroprevalence came from a study in Cebu and another one in Laguna. So they were small studies and they cannot be generalized to the whole country. For example in Forbes Park, the prevalence of seropositives is different because the children there live in clean houses with screens. There’s no stagnant water,” he says.

“In contrast to the urban poor [who] live in the streets or in houses with no screens, no mosquito nets. They are more prone, so seropositive rates will be different between rich and poor. Then there are hotspots so there are areas in the country where there’s a lot of dengue. So the 90% to me is a generalization,” he continues. “The Formulary Executive Council (FEC) recommended detailed studies on the prevalence of seropositivity. That was not done. They make recommendations on whether the government should or shouldn’t buy a certain drug for public use. So they said, ‘Yes you can buy it, but there are several conditions and that’s one of them: a detailed study on seroprevalence. It was done in very limited, small communities.”

Dans believes that the DOH should have waited for the final results of the six-year Asian study, which came out in November 2017. “If we had waited until now, it would have been one of the biggest and most successful vaccine programs of the country. We know how to properly use it [now]. But because we couldn’t wait, we were guessing and unfortunately we guessed wrong,” he says.

“The cases of severe dengue that might arise after vaccination, you don’t see them right after vaccination. You see them years after and that’s why the WHO set a requirement for dengue vaccine studies. They should have follow-ups up up six years because that's when you begin to see the adverse event. It will take up to six years to see the bad effects, which is what we saw now,” Dans asserts.

"We were hoping we would be wrong. This is a situation where it’s no fun to be right because it means so many children who shouldn’t have been vaccinated were given the vaccine."

Upon examining the data from Hadinegoro’s three-year study, which was funded by Sanofi, he and Leonila Dans wrote a scientific paper pointing out the errors in Hadinegoro’s analysis. Though they submitted their paper to the Journal of Clinical Epidemiology last July, the editors delayed publication to give Sanofi a chance to counter the Danses’ claims. The pharmaceutical company’s response did not come until November 2017.

“We said you shouldn’t give the vaccine to seronegative children and they disagreed. They said we can. A week after they responded, they come up with a press statement saying you shouldn’t. Just a week later they were saying something different,” Dans says. “Their response and our counter-response will be published soon. There we say, ‘Why are you insisting in the journal article that you can still give it to seronegatives and then a week later making an international press release that you shouldn’t?’”

As early as April 2016, scientists from Sanofi had met with Dans’s team to debate their claims. But the meeting ended with both sides agreeing to disagree. “Whatever is in that publication, we already told them that in our meeting,” Dans adds.

The Danses also had numerous online discussions with colleagues like Dr. Edsel Salvaña, a director at the National Institute of Molecular Biology and Biotechnology, who felt that the DOH was justified in its decision to push through with the dengue vaccination program. “We had this online debate with Edsel in March 2016 and we were hoping we would be wrong. This is a situation where it’s no fun to be right because it means so many children who shouldn’t have been vaccinated were given the vaccine,” he laments. In a nutshell, Salvaña’s position is that the "definite benefit" to the vast majority of the population outweighs the vaccine's "possible harm."

To this, Dans answers: “There are children dying. It’s a good thing to want to save them but if you’re in too much of a hurry and things turn out this way, you’re harming children rather than helping them,” Dans says. “They’re saying you’re helping ninety percent and endangering ten percent, therefore overall you’re helping people. I don’t think you can do it that way. If you know that it endangers some people, even if it were one percent, you should do your best to find out who those people are that you have endangered.”

Dans believes that at its core, the Dengvaxia controversy is an ethical issue. “You can debate the science, you can debate the policies. But there’s one thing that cannot be debated: that it should be the parents' decision on whether that drug should be given to their child or not, and that should be an informed decision. They should have been warned there’s a possibility that this would happen because it did happen. I don’t think there’s any disagreement there. They should have been told. It’s unethical that these children were vaccinated without proper information on the potential risk. I think even Edsel [Salvaña] agrees to that.”

Another point he and Salvaña disagree on is whether children who have received the first dose of the vaccine should get the second and third dose. Once again, Dans errs on the side of caution. “There’s a trial on how many doses you need to give to protect children and we’ll know after that trial is completed whether children should finish the three-dose regimen. We don’t know right now, but not to worry because if you give the vaccine six months later than it should have been, that’s still okay. So long as we resolve it in the coming months, they’ll be okay.”

Dans also says that children who have already received the vaccine should still get checked for past dengue infections. “Sanofi is developing a test that they used in their long-term study and they’re hoping that in the next several months or years, it will become available. These children will be 11 or 12 years old by then, but it’s still worth testing them.”

“It’s not just the science, it’s not just the politics, it’s the ethics of this whole vaccination program that should be put under a microscope. How did we let that happen?”

“You know the big problem about ADE is that while it begins from the second, third, fourth, fifth, sixth year, it doesn’t end there. It can happen all the way until you’re very old. If you’re vaccinated at nine years old, your severe dengue could occur when you’re 50. That’s why tests will help even five years from now because these children are at risk if they’re seronegative for the rest of their lives. And that’s why I also don’t buy that 90/10 argument, because that’s 90/10 now and maybe there are so many deaths now, but the deaths or severe dengue cases will accumulate in years to come because of ADE.”

While Dans and Salvaña agree that Dengvaxia should still be administered to confirmed seropositives, it will be difficult to convince the public that the vaccine is safe at all. In the meantime, there are fears that the anti-vaxxer movement may use this to push their agenda.

“I don’t think what we did—discussing it in public and informing children and their parents—is what is breaking vaccine trust. Sanofi did it all by themselves. They pushed a drug before completion of a study, they exaggerated the benefits,” he says. “Usually you wait for many years of private use before making it a publicly used vaccine, they didn’t wait. They wanted it for public use right away. What we’re doing by informing people about it is we’re trying to restore vaccine trust. Because imagine what people would think if a year from now they found out that the medical profession knew about it but they didn't discuss it. Then that would really destroy trust, not just in vaccines, but in the entire medical profession.”

He continues: “The basic thing is that people have the right to know. And the fact that they didn’t know when it happened, that’s the biggest thing here,” Dans continues. “It’s not just the science, it’s not just the politics, it’s the ethics of this whole vaccination program that should be put under a microscope. How did we let that happen?"

Dans also worries about the repercussions on the entire profession. "It’s the biggest mess I’ve seen in public health or in medicine. People will remember this for decades. You’re looking at a landmark event of such a big magnitude that it’s going to impact on so many things. Vaccine trust, trust in your doctors, trust in public health, it’s going to affect relationships between doctors and healthcare specialists, it’s going to affect people’s trust in drug companies in general. It has such a huge impact but we have to work on the truth and then recover from that. We will recover from this stronger if we just say the truth about what happened.” 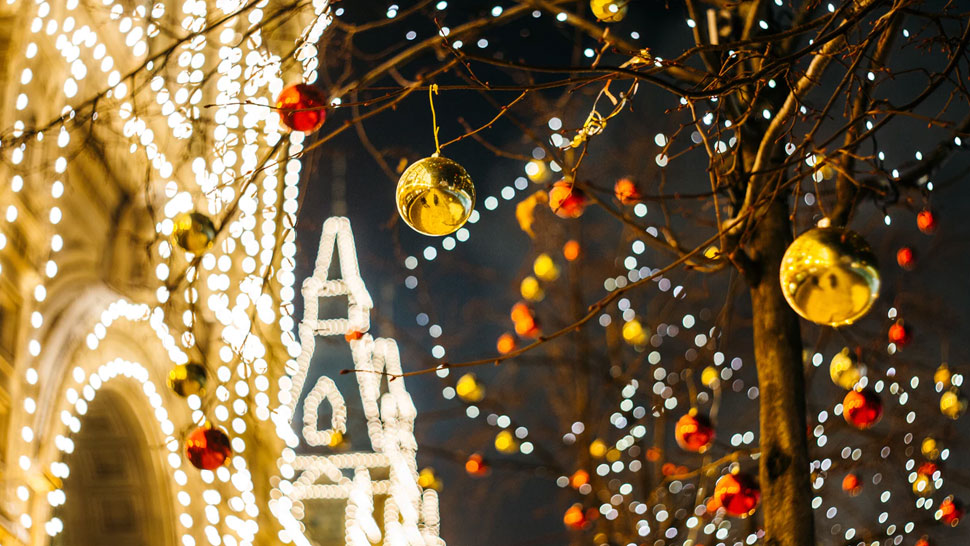