Palanca Award-winning writer Jesus Insilada is from the Panay-Bukidnon group of indigenous people. 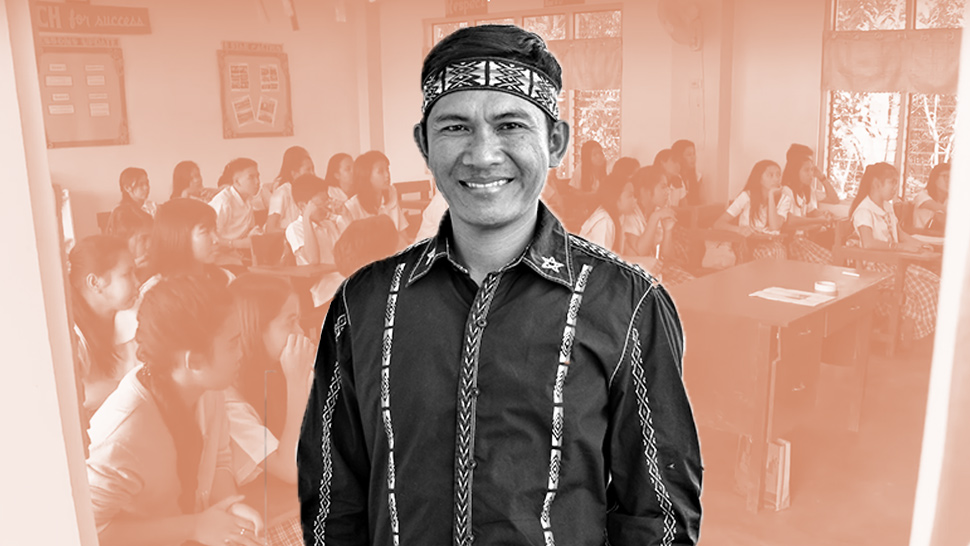 Schoolteacher Jesus Insilada’s story is pretty remarkable. As someone who hails from the Panay-Bukidon community—an indigenous Visayan group from the mountains of Panay—he's made it his mission to preserve his people's culture and heritage, as well as empower his students to complete their schooling.

As someone who grew up in a poor farming community, he knows his students' situation pretty well. However, he persevered in his studies to become the first in his family to achieve professional qualifications. Today he is a Palanca award-winning writer and the principal of Caninguan National High School, not to mention a top 10 finalist for the Varkey Foundation Global Teacher Prize 2018.

The Global Teacher Prize was established to honor exceptional teachers who have “made an outstanding contribution to the profession as well as to shine a spotlight on the important role teachers play in society.” The winner will receive 1 million US dollars in prize money.

Insilada was selected from over 30,000 nominations from 173 countries for his Culture-Based Teaching (CBT) curriculum. As 90 percent of his students belong to indigenous groups, he integrates elements of indigenous culture into his classes.
ADVERTISEMENT - CONTINUE READING BELOW

For example, he uses panubok—traditional Panay-Bukidnon embroidery—to demonstrate arithmetic sequences. “In teaching poetry, I use indigenous models in composing poetry like the Ambahan or Sugidanon, our epic,” he adds. “I teach [my students] how to follow instructions by presenting rules in our local games. I can teach values education and politics using [the] frameworks in our customary laws and indigenous political system. The possibilities are endless.”

Keeping his students engaged in their lessons is a vital part of encouraging them to complete their education. As his students come from poor communities, and have to travel two hours just to get to school, it’s common for some of them to drop out every year. But since the culture-based program was implemented, the percentage of drop-outs has decreased from 5% to 1%.

Another benefit of Insilada’s teaching method is that it gives the students a sense of pride in their heritage, and encourages them to keep it alive. “It’s very important. The culture was buried before, but now it’s being revived,” Cultural Master Romulo Caballero says in the Global Teacher Prize video.

Apart from being a finalist for the Global Teacher Prize, Insilada already has an impressive number of awards under his belt. He won first prize at the Don Carlos Palanca Memorial Awards for his Hiligaynon short story, Amburukay. He was also the national champion of a CBT lesson plan writing competition sponsored by the NCCA and DepEd in 2008.

He is now in Dubai, where the winner of the Global Teacher Prize will be announced on March 18. “The idea that I’m in the top [ten] hardly sank in,” he says. “But right now, I’ve come to realize that being in the top is a blessing and this is just the beginning of a lot of surprises for my school and the community, now that the world has learned about us.”