A failure on every level. 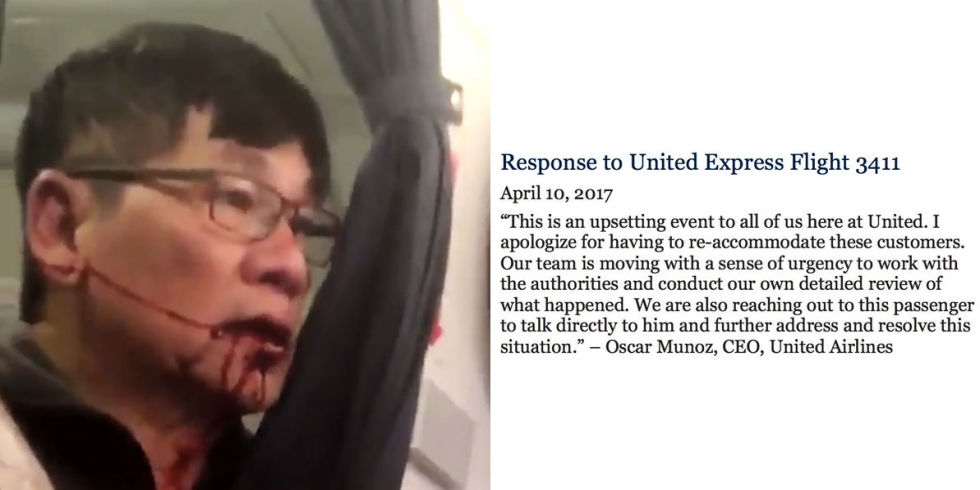 As soon as video emerged of Chicago police forcibly removing a 69-year-old man from his seat on a United Airlines flight, the Internet's outrage machine kicked into high gear. The man was bloodied in the incident; he seemed disoriented, perhaps in a state of shock or suffering from trauma. And most of all, the footage seemed to confirm all of our worst suspicions when it comes to how airlines—and the authorities—are capable of treating people, particularly in this new era of civic life where callousness is held up as a genuine American virtue. This sort of force is viewed as a sign of strength and, more perplexingly, of a kind of warped moral superiority.

Nowhere was this more apparent than in today's official statements.

The second sentence is a marvel. Munoz ignores the actual issue—the use of unjustifiable force against the man—and apologizes for inconveniencing people. But then there's the word "re-accommodate." This is a macabre deployment of Airline Language. Have you ever been told it's time to "pre-board"? Have you ever "de-planed"? These are made-up, official-sounding words to describe thoroughly unspectacular phenomena, as George Carlin once brilliantly illustrated:

Then there was the company's take:

Flight 3411 from Chicago to Louisville was overbooked. After our team looked for volunteers, one customer refused to leave the aircraft voluntarily and law enforcement was asked to come to the gate. We apologize for the overbook situation.

For an organization still reeling from a national scandal just two weeks ago, this is remarkably curt—almost dismissive. There is no apology to the passenger, nor to the other customers, including children, who were forced to witness the incident.

The language also veers from the antiseptic Corporatese of big-time PR to a kind of Orwellian doublespeak. "Refused to leave the aircraft voluntarily"? This is not how words work. But it does point to the idea that once the airline asked for volunteers and failed to get them, certain passengers simply became Pre-Volunteers. They didn't know it yet, but they'd volunteered to take a different flight. When one out of the four refused to acknowledge he was a Pre-Volunteer, the airline—and, transitively, the Chicago police—felt fully justified to remove him by any means necessary. After all, he volunteered.

And where is the subject of the clause, "law enforcement was asked to come to the gate"? Surely someone did the asking. This weaponization of the passive voice, a public relations staple, also dominated the Chicago Police Department's statement on the incident:

The claim that "he fell" is egregious (Why? How? Did he fall down some stairs?), but there's more than that at work here. The refined wording (passive voice, the gradual introduction of claims that suggest the passenger deserved his treatment) skillfully paints the man as a somewhat unhinged figure, surrounded by chaos, whose misfortune simply befell him somehow. His head, we sadly must report, struck an armrest.

That the department placed one of the officers involved on leave as of today tells you they aren't convinced the passenger just "fell," either.

Nietzsche considered the manipulation of language to be a vital tool for anyone with the Will to Power. He cited Europe's medieval aristocrats, who successfully created a dual meaning for the word "noble" and its precursors: one, an aristocrat; and two, virtuous, or showing high moral principles. Nobility became synonymous with moral superiority, which in turn continually justified the institution of nobility. Anyone familiar with the rebranding of the Affordable Care Act as "Obamacare" can attest to the power commanded by anyone who can convince enough people to use certain language while describing something. You might ask "Crooked Hillary" about it, too.

These statements are of that same kind. And they show that the assault on the English language in the service of airline goals has real consequences. The main one is that passengers—paying customers—are not, above all else, human beings. Maybe they're pre-de-planers. 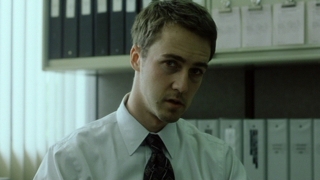 This Simple Trick Will Stop You From Feeling Tired At Work