If you’ve ever had the opportunity to witness Fightsaber Philippines perform live, you’ll see how it plays out like a dance recital. Both Jedi and Sith glide gracefully across the stage, illuminated by the glow of their lightsabers, and duel to the death. Every step is calculated and every swing of the lightsaber is precise. They twist, turn, spin, and clash sabers to tell a story and entertain a crowd of Star Wars fans.

The moves may look easy onstage but the preparation leading up to the show how requires weeks and sometimes, mere days of rigorous training. After all, even Luke Skywalker had to trudge through the swamps and caves of Dagobah under Yoda’s tutelage. 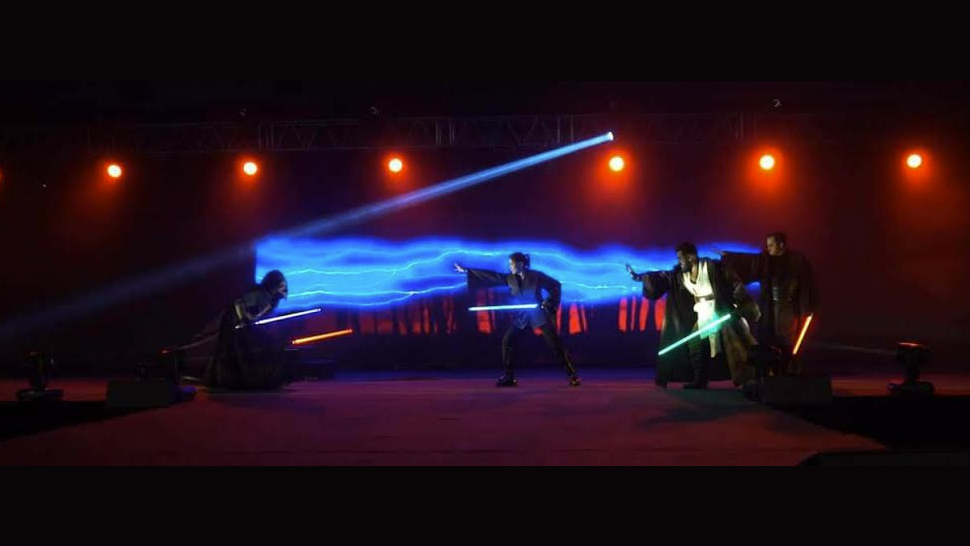 A long time ago in a galaxy far, far away…
The lightsaber group was only formed in 2015 but they’ve been present in most of the big Star Wars-themed events since then. We asked some of the members of the group—namely Mika, Mike, Paolo, Khan, and JB—to tell us more about the ways of the Jedi.

Meet-ups usually begin with stretching, cardio, calisthenics focusing on strength training and conditioning, core work, lightsaber drills, choreography for an upcoming show, action stunts like tricking and basic fall safety, theater blocking, and then finally, a cool-down after all the physical exertion. “Some of our calisthenic workouts involving the use of lightsabers include squats, sit-ups, burpees, and repetitive strikes. Sometimes, we [incorporate] routines borrowed from other disciplines to our program,” says Paolo.

Mika adds, “We do a mash-up of several fitness activities like basketball drills for endurance, taekwondo kicks for flexibility, and parkour stunts. [We also have a] Filipino Martial Arts sparring session led by practitioners and instructors.” 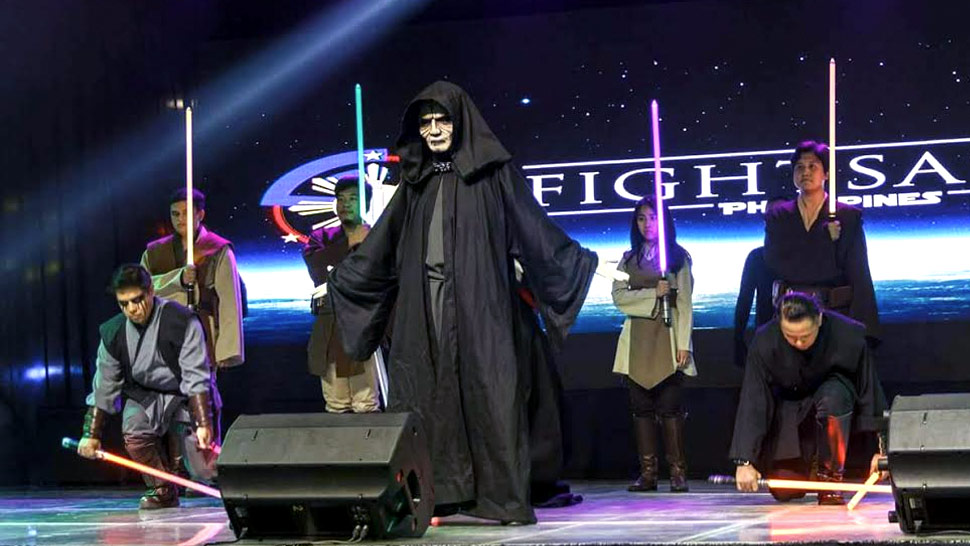 Duel of Fates
Fightsaber’s dueling is a multi-disciplinary form that sounds a lot more physically demanding than your usual exercise routine. The diversity of each member’s set of skills lends to the variety of moves you will see onstage.

Mika and JB have an extensive background in dance, Mike practices Wushu, Paolo does Parkour, and Khan is trained in Arnis. The training regimen also varies depending on what needs to be improved upon at the moment. One week could be dedicated to choreography, the next for dueling, and the next for endurance.

Khan adds, “Endurance and precision are factors [that] we work on as well. We’ve cribbed a lot of workouts from our members’ skillsets, such as movement drills and weapon control drills. Keeping lightsabers moving and making it look convincing while staying safe [can be difficult] when you’re tired. We strive to maintain a certain level of skill and ability to be able to do these things.”

Fightsaber Awakens
What enticed most of the members to join the Star Wars performance group was the promise of using their lightsabers to their full potential and learning combat choreography from the franchise they ardently follow.

Khan explains, “I’d seen Fightsaber perform [before joining] and had already been impressed. I saw lightsabers and just had to join in on the fun!”

After prepping and performing with FS, the members also experienced the health benefits of intergalactic sparring. They share that some of them now train for weight loss, muscle gain, strengthening the immune system, and even rehabilitating an injury.

JB shares, “It’s a cool way to train. My job as an illustrator [has] no physical exertion so let’s just say I got a little too ‘horizontally endowed’ over the past few years. Thanks to our training, I’ve begun getting back in shape.” 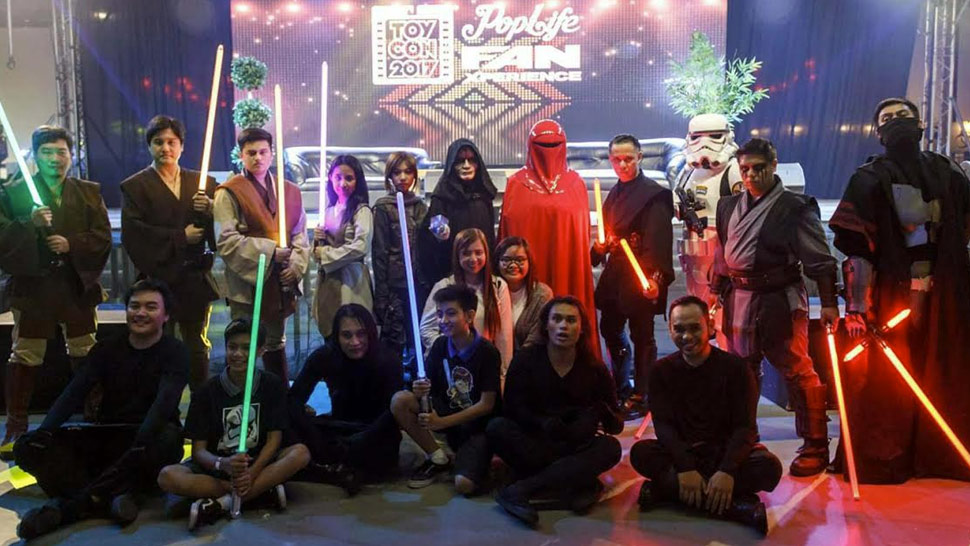 But how does it differ from the usual physical training? For most of its members, they found it to be an excellent source of activity that’s more entertaining than a gym routine. It may be a lot more challenging, but at least they get to swing and clash lightsabers while they’re at it.

And when it comes to the fight choreography, it’s a collaborative effort among the FS members. With the role of stage director/choreographer (or Mission Commander for smaller events) rotating within the team, members have the chance to make their Star Wars dreams come to life.

Mika explains, “[The very core of Fightsaber is] the shared knowledge coupled with genuine camaraderie and a love of the Star Wars franchise.”

A New Hope
In the wise words of Jedi Master Yoda, “Always pass on, what you have learned.”

Fightsaber shares what they have learned with the public by holding meet-ups under the name Philippine Lightsaber Guild. They provide free lessons and teach basic moves for the casual saber-wielders and newbies. They also teach children/young Padawans under the Jedi Academy. You too can pull off impressive saber moves while working up a sweat and channeling your favorite Force-sensitive Star Wars warrior.