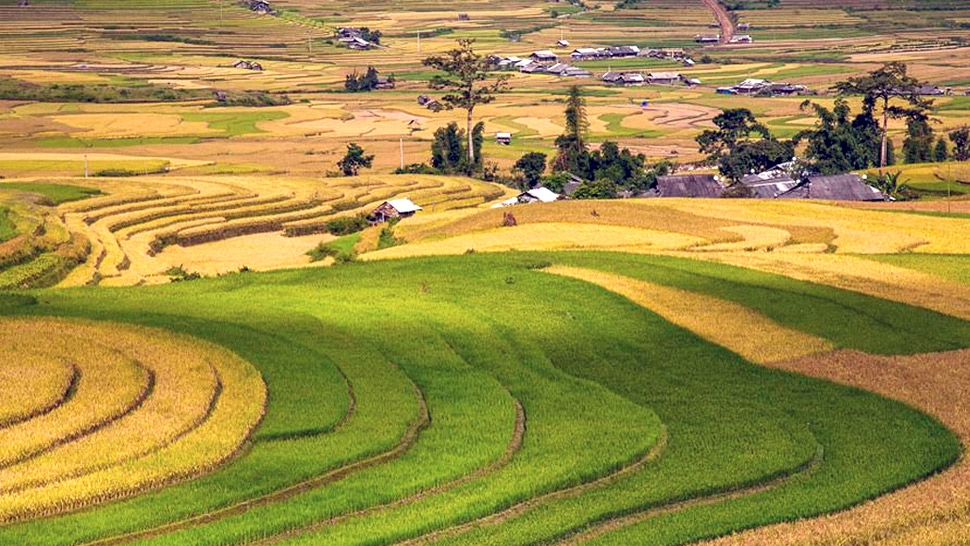 So you’ve gotten your fill of bun cha, shuffled through the halls of the Ho Chi Minh mausoleum and Hoa Lo Prison, drank enough bia tu'o'i to give you alcohol poisoning, and downed enough bowls of pho to keep you warm ‘til winter. Now what? Hanoi is just the tip of the iceberg in the wonderous landscape that is northern Vietnam. Travel outside it, and you’ll be rewarded with some of the most beautiful places, and friendliest people, you’ve ever had the priviledge of coming across. 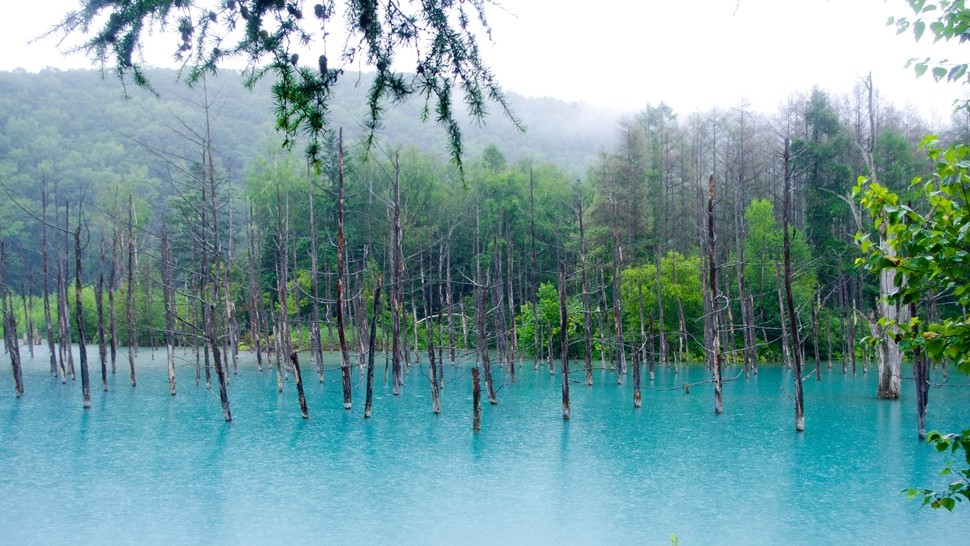 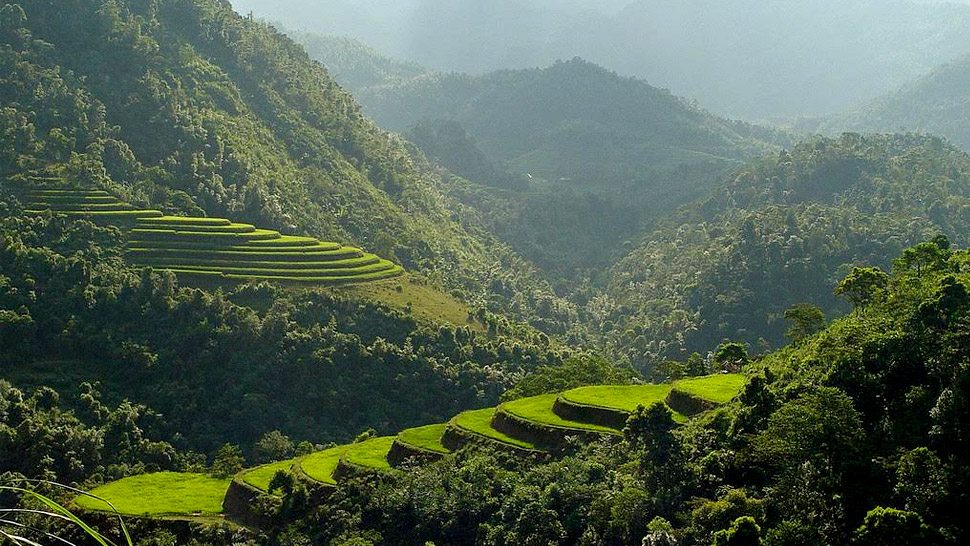 Home to 17 ethnic minorities, Ha Giang is considered one of the most beautiful places in Vietnam. It’s a place that’s been left relatively untouched by tourists, and features karst formations that are nearly 400 million years old. Get to the Sunday Market at Meo Vac early (around 7 to 10 am is best) and you’ll find a bustling microcosm of the province where locals come to sell various animals like cows, pigs, goats, and where you can get a taste of some of the local fare. 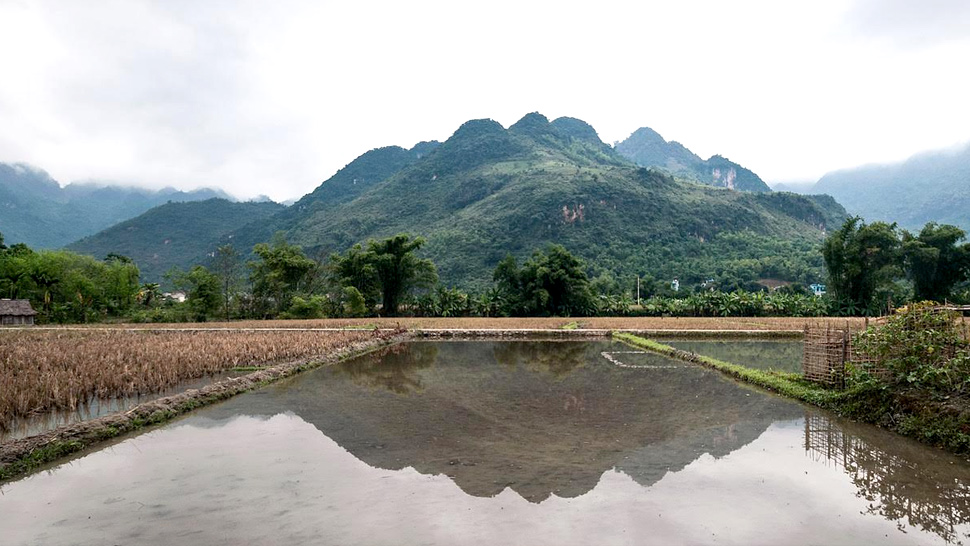 Situated in the rural district of Hoa Binh Province, the small town of Mai Chau is an easy four-hour bus ride from Hanoi. Tiny Thai villages flank the town, which are peppered with traditional stilt houses and rice fields. The town’s main craft is textile weaving, a job that the White Thai women of Mai Chau take very seriously. Befriend a local and you might get a private weaving lesson of your own. 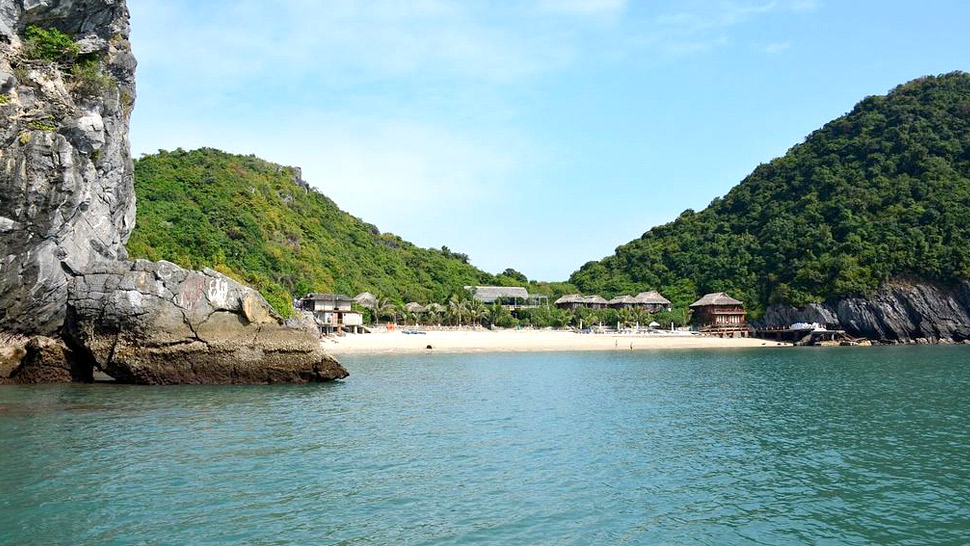 If you’re over the much-hyped Ha Long Bay, but are still longing for some time in the sun, check out Cat Ba Island, the largest island in Ha Long. Dodge the ubiquitous and tourist-packed Ha Long cruise ships, and sidle over to Cat Ba Island’s hidden sandy beaches. Though the beaches are tiny, come during off peak season (Sept-Dec) and you’ll have the whole place to yourself. 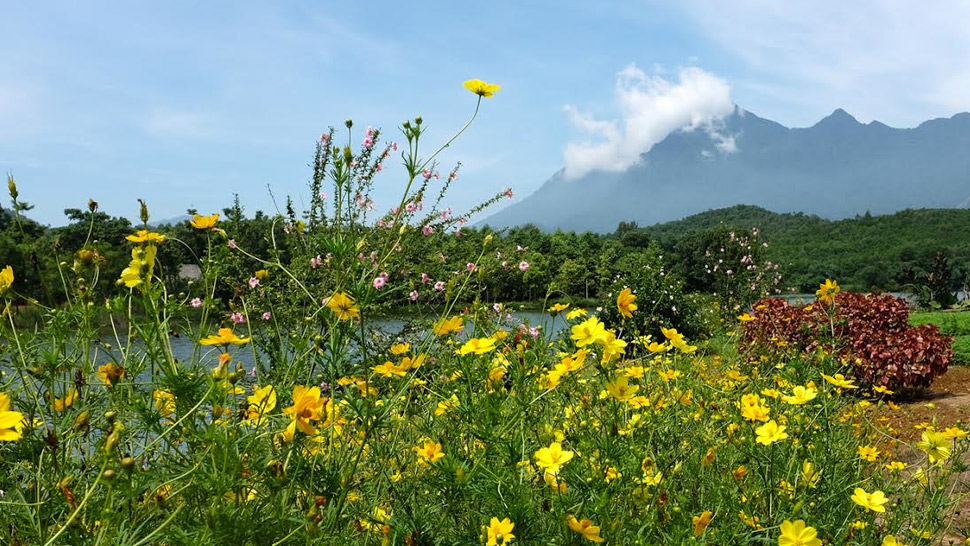 Just an hour and a half away from Hanoi, Ba Vi National Park is your best bet if you’re stuck in the city and need a quick getaway. Hop on a motorbike and make the 57 km drive over, or catch the 214 bus from My Dinh station to get there. Entrance to the park will set you back a cool VND 40,000 (around PHP80). Here you’ll find the remains of a church, a prison, and a resort left from the French colonial period. Climb the 600 steps to the towering Mountain God temple, or take a dip in Thien Son Waterfall. 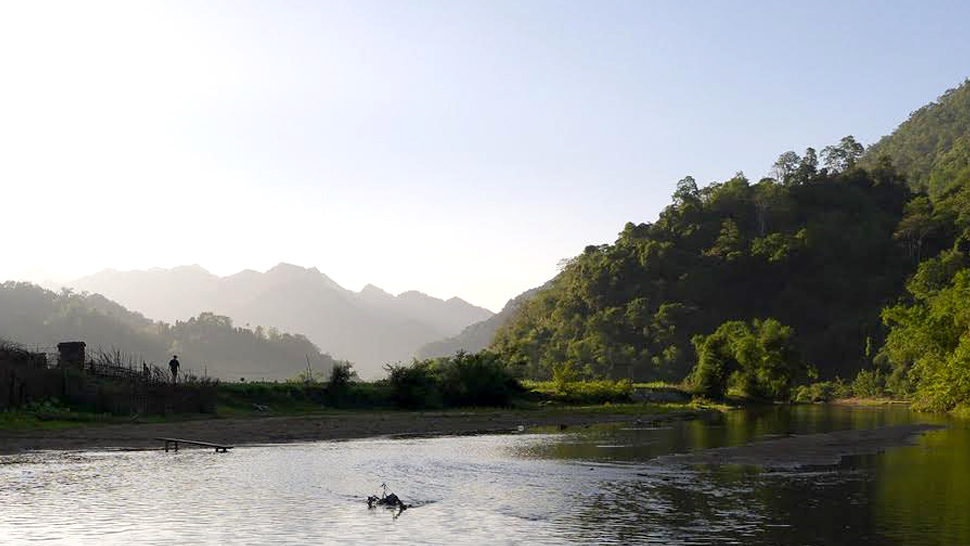 Recently recognized by UNESCO as the country’s third Ramsar wetlands site, Ba Be National Park is a must-see, with Ba Be Lake being the main attraction. The largest natural lake in Vietnam, Ba Be Lake is comprised of three lakes (‘ba’ meaning three in Vietnamese) that connect together: Pe Lam, Pe Lu and Pe Leng. After taking a boat ride on the massive lake, check out Puong Cave, a 300-meter deep cave that’s home to thousands of bat colonies, and stalagmite and stalactite structures. 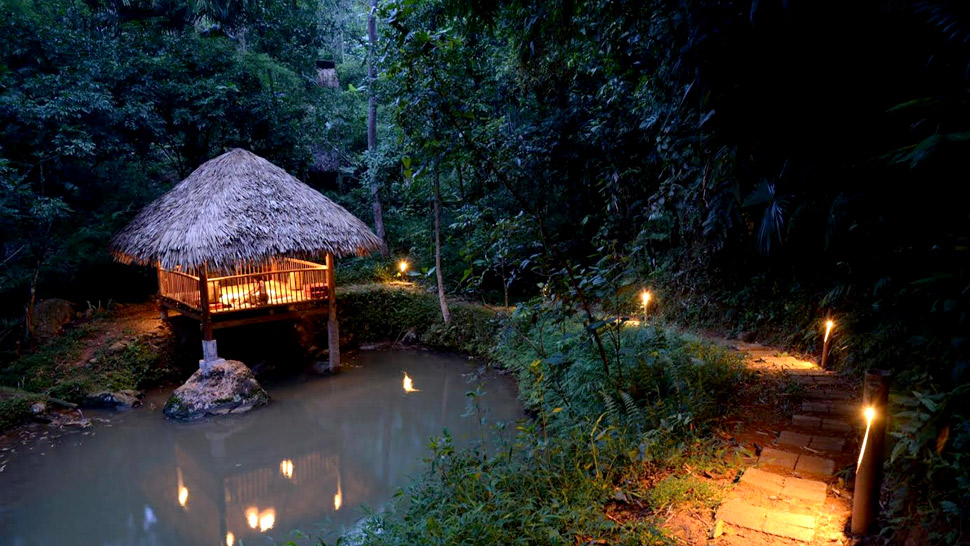 Meaning the ‘highest peak of the village’ in Thai language, Pu Long is found in Thanh Hoa Province, 148 km southeast of Hanoi, and is home to ethnic minorities the Muong and Thai people. Go on a day trek through Ban Sai or Ban Hang for some spectacular scenery, and a slice of authentic Vietnamese life. You can access Pu Long via Mai Chau or Ninh Binh. 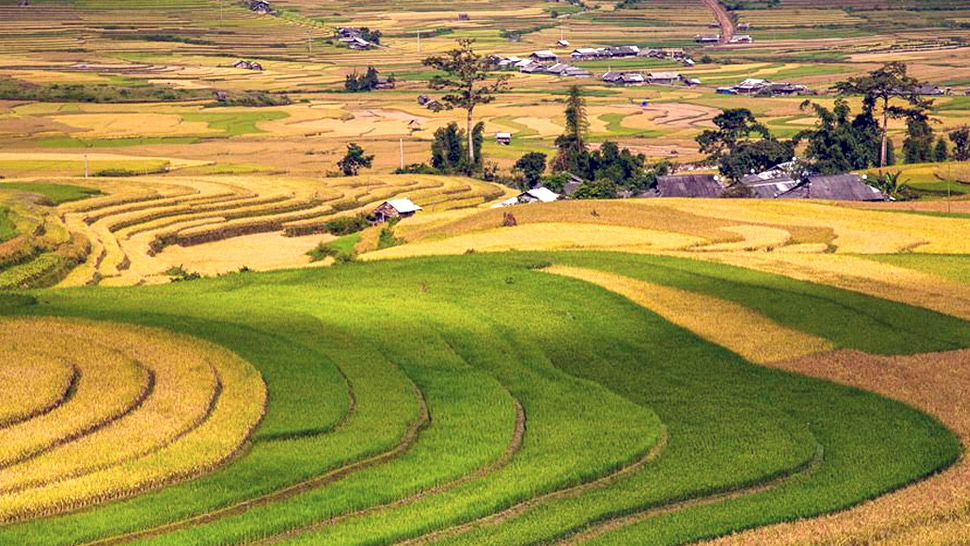 Famous for its rice terrace fields and stunning mountain ranges, Mu Cang Chai is an idyllic town the likes of which you probably haven’t seen. Take the train from Hanoi to Yen Bai then hop on a bus to Mu Cang Chai. It’s almost 300 km from the capital, so allot an entire day for travel. It might sound like a lot, but it’s worth it. Hire a xe om for VND 50,000 (PHP 100~) to take you up the steep road to Raspberry Hill where you’ll be rewarded by an Instagram-worthy view. 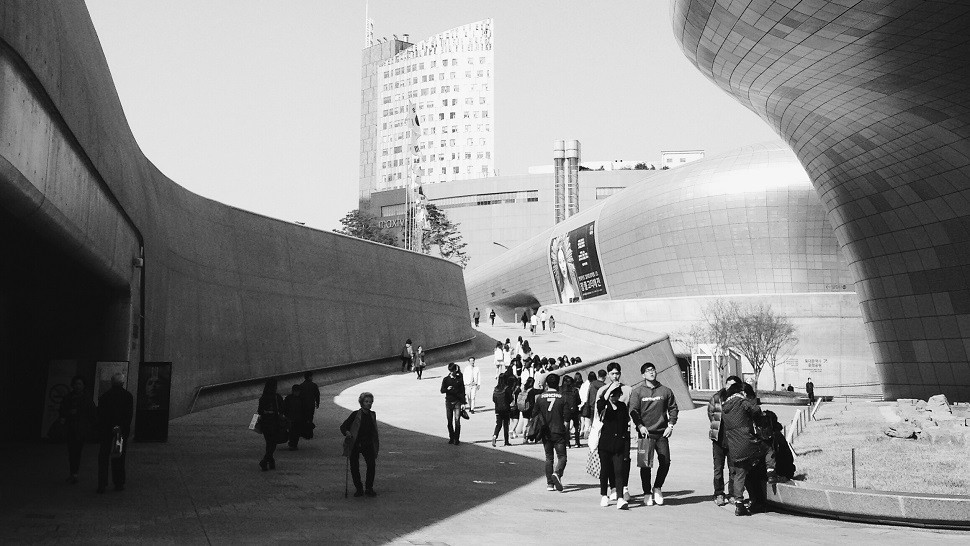 10 Other Things You Can Do in South Korea: Streetwear, Soju, and A Squirming Octopus
Shares
Share
Tweet
Comments
View More Articles About:
Vietnam
Hanoi
More Videos You Can Watch

About The Author
Chiara Cui
View Other Articles From Chiara
Get The Latest Updates From Esquire!
Subscribe to our newsletter!
Latest Feed
Load More Articles
Esquire Money 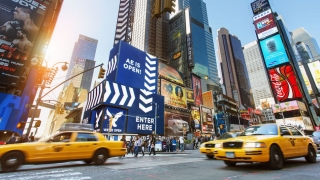