Her holiday photos in a bikini gave her a new image and ignited new excitement in her career. But with the world at her feet, Coleen is ready to devour so much more. 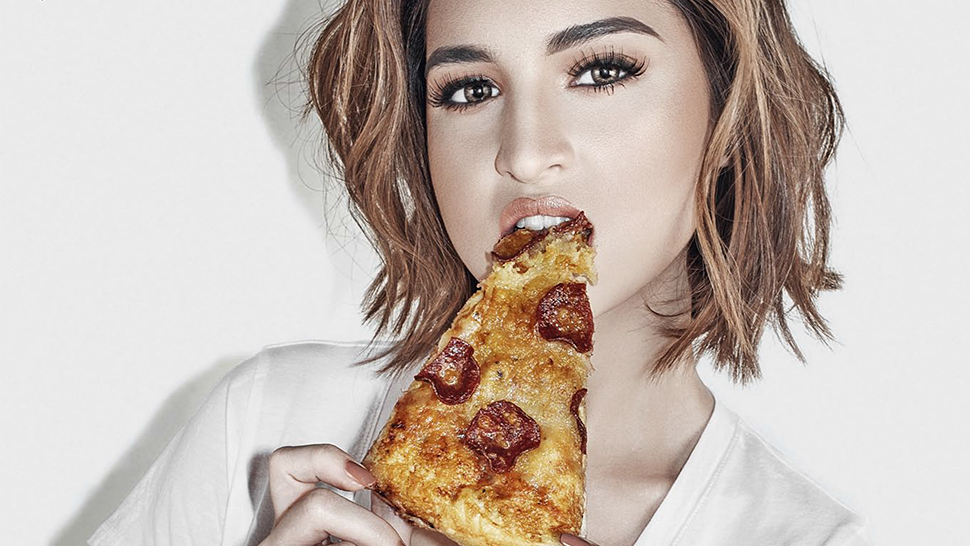 This article was originally published in our August 2015 issue.

In a far-off paradise on December, Coleen Garcia uploaded photos on Instagram and almost broke the internet. Back home, Coleen’s Instagram account suddenly caught on fire. Her beach photos in the Maldives were liked and shared more than a thousand times over. Pictures of her resting along the shore, with her arched back and outstretched legs, soaking up the sun filled everyone’s screen, and everyone asked the question: wait, who is this girl with the sweet face and serious abs?

“No, not at all. My boyfriend and I, we were just on vacation,” said Coleen when I asked her if it was planned. “And a lot of people actually thought we went there to have a shoot. We just really wanted to go to the Maldives because we read so much about it online. We started to play around with the cameras, started to take pictures of the scenery, and of each other also.” It was a holiday getaway that turned into entertainment headline fodder. Stories of her vacation not only spread online, it even made it to primetime news. “By the end of the our trip, we didn’t realize that it was going to be like that at all. It’s not something that we actually tried to do but yeah, it’s good that something good came out of it also.” 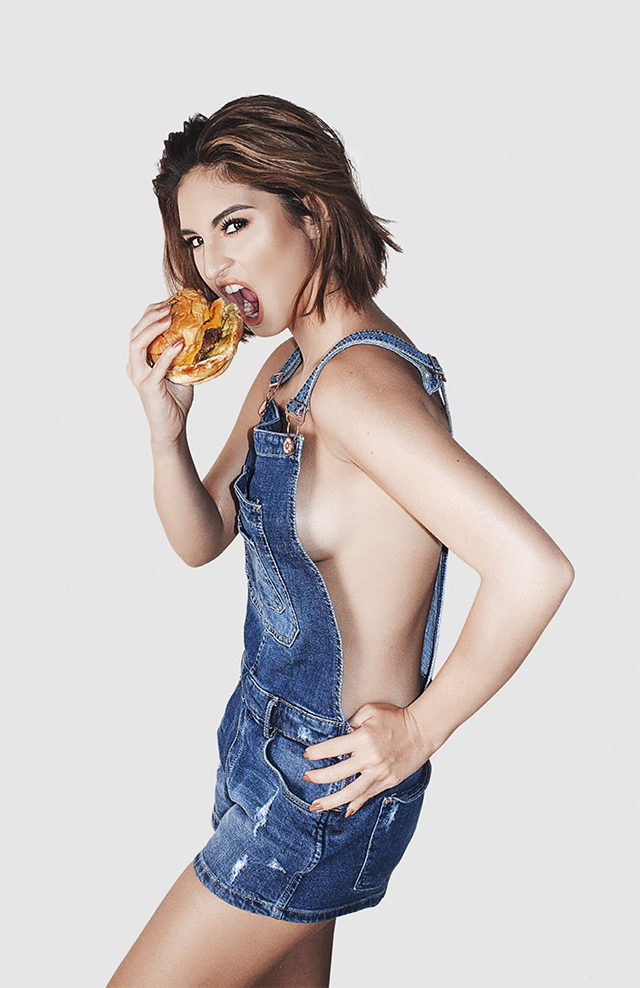 Over the last few years, America has had its fair share of celebrities that first made it big online. Justin Bieber is arguably its biggest success and there is no corner of the Internet that Kim Kardashian hasn’t conquered. Foreign celebrities owe so much to the online world for (arguably) starting their careers. Not so much here. Even if the Philippines boast so many online users, locals who have made actual strides in it are few and far between—celebrities included. A career in showbiz—for the most part—is dictated by the people behind the curtain, and the future they have contrived for you is next to certain. That’s why Coleen’s sudden rise thanks to Instagram has been talked about over and over. It’s rare for any actress to suddenly be able to change the course of her career into new and unexpected places whether she planned to or not. Before her vacation that last week of 2014, Coleen was seen as the teenybopper darling in her noontime variety program, Showtime. Back then she was everyone’s baby sister. That all changed come 2015. 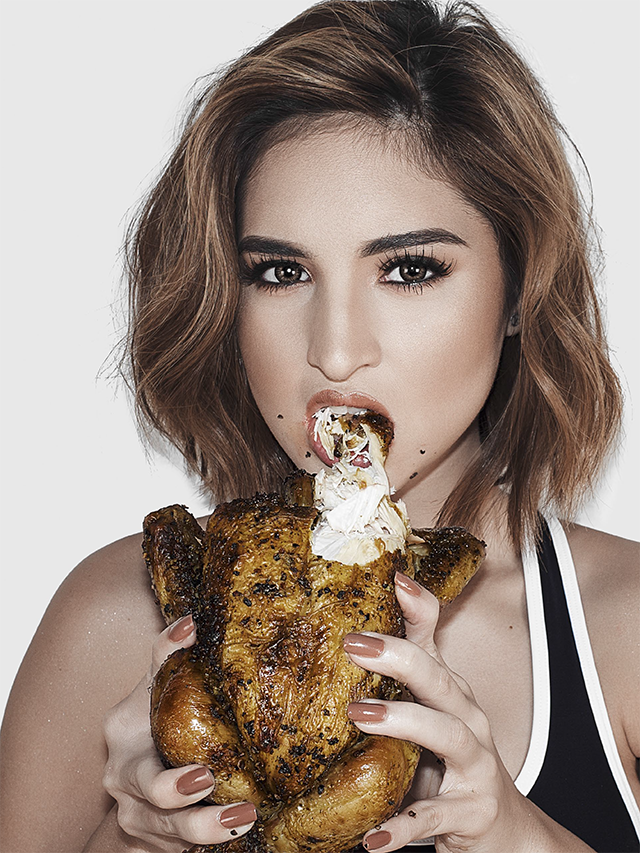 "Even though I was uncomfortable with it, I decided to go with it because I knew that it was for me."

It's around five in the afternoon on a drenched, gray-soaked Thursday when I start to hear several dogs barking. I’m alone inside a living room that appears to belong to either a pop-culture geek or a rock star from New York. Across from me, in the corner of the room, there’s a statue of the hammer-wielding superhero, Thor, and right above it is a giant bust of an angry, growling Wolverine. They are my only company as I wait for Coleen to arrive. She’s coming from Aguirre Street in Parañaque where she’s opening her first bar/restaurant/beer-pong haven called Plan B. I get a text that she’s running a little late but she’s near. I don’t mind the wait but Wolverine looks like he does.

The place has that industrial, brick and wood design seen in most of the nicer condos in Manila. It tries to bring me to New York’s downtown area even if I’m actually in a village within a village within a village near the House of Representatives. I’m staring at a mural hanging behind me when I hear the sound of the front door opening followed by Coleen apologizing and blaming traffic. She looks different from the last time I saw her. Calmer. Obviously more relaxed now, wearing her cap and sneakers, than she did wearing next to nothing while eating a whole roasted chicken. In place of handlers, photographers, and stylists, there are only the two of us now, her dogs running around. She’s welcomed me into her home, into her life.

Coleen begins to talk about her career and the many ups and downs she’s gone through both in front of and behind the camera. She says that she’s had to face a lot of intrigue these last few years and faced one difficult decision after the next. It seems that they have affected her, even just a little bit. She says that she doesn’t really keep a lot of showbiz friends. “I think it’s the best way to stay grounded,” she says. “The life you started, the life you had before going into showbiz… Keep that life. Because you know, it’s good not to be absorbed in everything that’s happening in the industry.” Coleen’s cautious and you can’t blame her. In an industry where jealousy is second nature, a lot of backstabbing and childish bickering is expected. 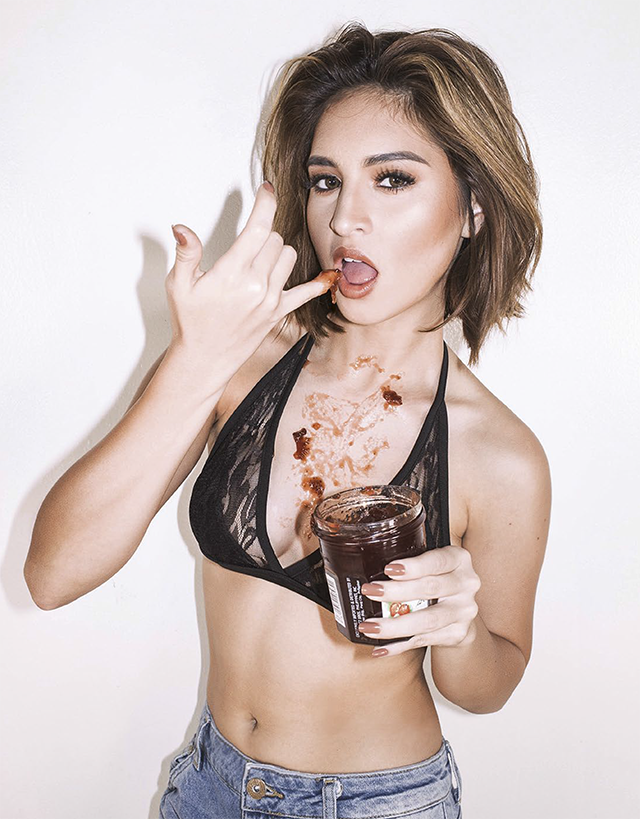 While unplanned, Coleen does admit that her Instagram posts were a break for her career, but it wasn’t the only one. She counts her role in Showtime as one of them even if she was hesitant to go for it in the first place. “The offer for Showtime… it’s something I also had to think [about],” she says. Coleen at first shares that the choice was made during a low point in her life but quickly recants it. “I had just moved out, I started living on my own, I started supporting myself... It was something I really had to think about before saying yes.”

The same dilemma happened with another of her recent breaks when she played her most unexpected role yet in the indie film #Y. In it she chose to play the role of the promiscuous schoolgirl instead of the safer typical lead female role. “#Y was something that at first I wasn’t comfortable with,” she says. “And you know I kept asking if it was something I should really be doing, and I wasn’t confident. Even though the fact was I was uncomfortable with it, I decided to go with it because I knew that it was for me.’

The film was directed by Gino M. Santos, who’s made the rounds of our local film festivals starting with the new cult-favorite The Animals, which premiered back in Cinemalaya in 2012 and later played in both the Stockholm International Film Festival and the New York Asian Film Festival. Gino has known Coleen since they were children, having met her when she was just nine years old, way before Coleen even began thinking of a life in front of the camera. In a phone interview, Gino says that when he first got into the industry, he immediately wanted to work with Coleen and they finally got to do so in #Y, a sexual coming-of-age story set in the age of social media. It was Coleen’s biggest role yet—one that revealed a different side of her—but Gino originally wanted something much different for Coleen. “I wanted her to play the innocent girl next door role/love interest. But I was surprised that she wanted to play the feisty, liberated best friend of the lead which was a more daring role.” He says that when he discussed the movie with Coleen, the actress told him, “If I’m going to do an indie film, I want to do a role that’s more challenging, I don’t want to play it safe.” That was the moment Gino saw her as more than just an “artista.” “She was an artist. She knew what she wanted,” he adds. “She was hungry to explore new roles and shed [the] teenybopper image that young stars are usually boxed into.” The pair is about to release their sophomore film, Ex with Benefits. It still shares some elements with #Y, albeit set on a much grander stage, and with a bigger budget, and now Coleen is paired with the current king of alpha-males: Derek Ramsey. They’re hoping the film will be released this month.

In all her years being a host in Showtime, Coleen, now 22, says she’s learned so much from her cast mates. And it’s a who’s who of industry icons, among them Anne Curtis and Coleen’s boyfriend Billy Crawford, arguably a great group of people to learn from. But the one person she says she’s learned the most from is the show’s trivia master, Kim Atienza. “It’s really Kuya Kim. Not just because he’s the oldest but also because he has the most experience in a lot of other areas, like politics,” she says. “Every time I have questions, he’s the first one I ask.” This affection and admiration is mutual when Kim talks about Coleen in a phone interview. “Throughout the years I’ve seen Coleen grow by how well she’s handled adversities both on and off the screen.” he says. Kim acknowledges that there is a father-daughter aspect to their relationship. He’s not just the show’s oldest cast member, he’s also older than Coleen’s parents. “What I really see in Coleen is that she has so much potential and I don’t know if she or a lot of people see that.”

About The Author
Jonty Cruz
View Other Articles From Jonty
Get The Latest Updates From Esquire!
Subscribe to our newsletter!
Latest Feed
Load More Articles
Esquire Money 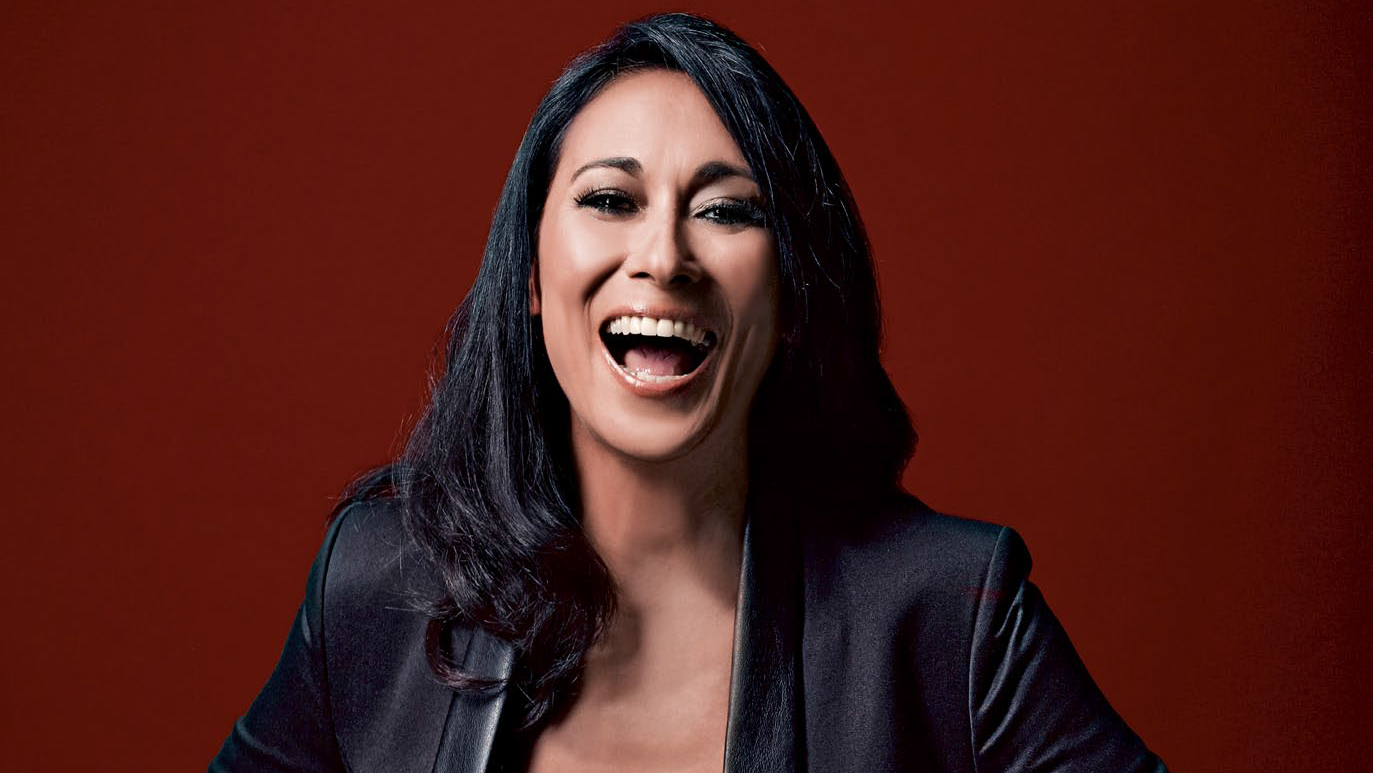 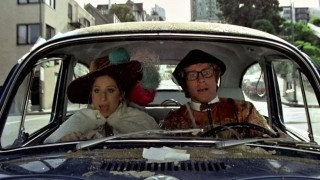