8 Unsung Regional Heroes Who Deserve to be Celebrated

Local heroes who defended their territories against colonial rule 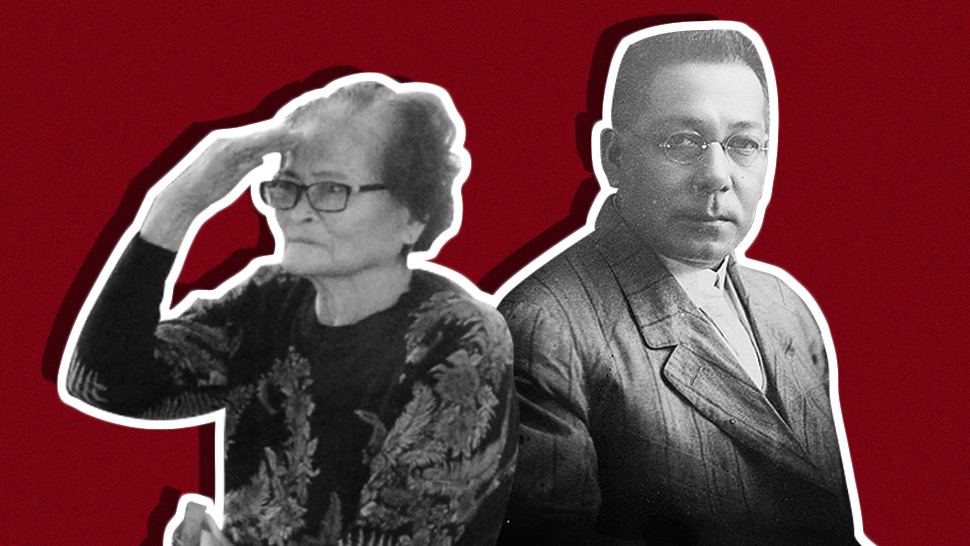 Much has been said about our national heroes but not many stories have been written about heroes from provinces who did their best to defend their turf against foreign rule.

This isn't our first list on the topic. We've done stories about heroes that history classes seem to overlook, dashing heroes whose names you've never even heard of, and brave Filipino men and women who did great things during the war. It just proves that there's no shortage of Filipinos who fought for the country. Here are some of the unsung heroes from different regions from all over the Philippines, whose courage and deeds deserve the same level of recognition of their more popular national counterparts.

Only 19 years old when World War II broke out, Estelita of San Fernando, Pampanga, was assigned to the First Battalion under the First Aide Division. She took care of the wounded soldiers during battles in the cities of San Fernando and Arayat.

Estelita also helped mobilize forces in different barangays. However, to escape the Japanese, they had to hide in Mount Arayat with no steady supply of food. She was unfortunately caught and forced to join the Death March. Estelita dressed up as a boy to avoid further abuse by the Japanese soldiers.

The teenager survived this ordeal. The now 99-year-old is one of the few remaining veterans of World War II recognized by the Philippine Veterans Affairs Office - Veterans Memorial and Historical Division.

Guillermo hailed from Sampaloc, Manila, but he did most of his work as a revolutionary in Bulacan and Rizal. He even had the chance to fight alongside Andres Bonifacio. In 1900, he surrendered to the Americans in Malabon but when he settled in Morong (Rizal), he secretly recruited men to continue to fight against the new colonizers.

He was captured in 1901 by a police informer and after three months of imprisonment, he was freed under the condition that he should also be a police informer. However, Guillermo did the opposite and returned to recruiting people from Bulacan and Rizal to join the fight against the Americans.

He evaded capture several times and also successfully raided a garrison in San Jose, Bulacan. On June 10, 1903 Colonel Guillermo was captured by the Philippine Constabulary. He was charged and convicted of bandolerismo (brigandage) and on Oct. 24, 1903, he was sentenced to death by the Court of First Instance of the Province of Rizal. On May 20, 1904, Colonel Guillermo was hanged in Rizal.

The Philosophy student from University of Nueva Caceres came a long way after joining Albay’s branch of Katipunan. Ola led soldiers in battle against the Americans. He even recruited prisoners in their town to join the fight.

Because of his bravery and skillful command of his troops, he was promoted to captain and later, major. Despite his victories and a “never say die” attitude, the consistent efforts of the peace panel made Ola reconsider an agreement sent by  Colonel Harry H. Bandholtz, the Assistant Commander of the Constabulary in Lucena. On September 25, 1903, Ola became the last Filipino General to surrender to the Americans.

Mendoza showed great promise even as a young boy. He was his school's cadet captain, a member of the debate team, and president of his 1919 graduating class. He did all this while helping his parents earn money by selling vegetables and singing and dancing on the street.

After finishing his course in 1928, he interned at a children’s homeopathic hospital. In Saint Luke, Philadelphia, he founded a Filipino students’ club in Iowa State University. He eventually became chairperson of the university’s foreign students association.

In the U.S., he supplemented his studies with income from odd jobs like being an elevator boy, a janitor, and a dishwasher. He returned to Palawan after 11 years and he was persuaded to run for office.

Mendoza was first elected governor in 1931 and reelected in 1934. After his second term, he went back to the medical practice and served as a reserve officer in the Philippine Army Medical Corp. When war broke out, knowing that he had the charisma and leadership to mobilize his fellow Palaweños, he organized the first guerilla force in the province. He also made sure that everyone in Puerto Princesa had evacuated when the Japanese army invaded Palawan.

Because the Philippines was a strategic location in capturing the rest of Asia Pacific, Mendoza and his fellow Palaweños knew that they couldn’t surrender to the Japanese. They established the Free Palawan Government and the resistance grew. However, this placed him on the Japanese's radar. He was captured then executed on January 24, 1944, but not after repeatedly refusing to swear allegiance to the Japanese flag.

Born to a family of farmers on July 27, 1873 in Negros Oriental, Leon Kilat, whose real name is Pantaleon Villegas, was a pharmacy employee and circus performer before he joined the Katipunan.

He played an important role in the war for revolution against the Spanish. On April 1, 1898, the revolutionaries attacked the garrison in Talisay. Two days later, the armed revolutionaries surrounded the city under General Leon Kilat. Leon Kilat was Villegas' moniker which literally translated to fierce like a lion and fast.

Though he was known to carry an anting-anting during battles, he was undone because of the very people he tried to defend. Some Cebuanos felt that if they continued to side with Leon Kilat, they would face punishment from the Spaniards. On April 8, Good Friday, these men attacked a sleeping Leon Kilat, stabbing him one by one, then ultimately killing him.

The leader of the first armed uprising for independence in Iloilo was none other than Adriano Dayot Hernandez. Born on September 8, 1870 in Dingle, Iloilo, he later became a Filipino revolutionary and military strategist during the Philippine Revolution and Philippine-American War.

He was present at the “Cry of Lincud” on October 28, 1898 at Barrio Lincud in Dingle, Iloilo. During the war, he became an adviser to another Iloilo hero, General Martín Delgado. Afterwards, he was designated Chief of Staff of the revolutionary government in the Visayas in November 1898 and represented the province of Iloilo at the Malolos Congress.

When the Americans came, Hernandez led a persistent guerilla movement until he surrendered. He died on February 16, 1925 at the age of 54. The headquarters of the 301st Infantry Brigade of the Philippine Army in Iloilo was named after him.

7| Simeon and Wenceslao Gonzalez of Surigao

Not a lot has been said about the revolutionaries from Mindanao but two brothers, Simeon and Wenceslao Gonzalez, have made their mark on local history.

General Emilio Aguinaldo appointed Simeon as the military commander of Mindanao on January 2, 1896 while Wenceslao was appointed governor on the same day. Their father Juan and other brother Florencio joined them in the fight for independence. They declared Surigao and Butuan a free territory and part of the Republic of the Philippines. Wenceslao, in particular, was the first person to raise the Philippine flag in Mindanao.

Unfortunately, their younger brother Florencio was captured and executed in 1899. Simeon and Wenceslao were also captured but were able to escape. This did not stop the brothers from fighting. This time, the brothers started preparing the people of Surigao for the coming war with the Americans. However, they were betrayed by a rival rebel leader and were executed along with their father.

Davao was the last unoccupied territory in the Philippines and this fact is a testament to the bravery of the people of Davao. One of the province’s fiercest heroes was Datu Bago, who defended his home from the Spaniards.

Datu Bago hailed from Bagobo Island but was said to be of Kagan, Tausug and Maguindanawon ancestry. In 1839, Datu Bago united the Bagobo and Kagan tribes to fight against the foreign invaders.

In 1969, the Datu Bago Awards was created to honor Dabawenyos who “contributed to the development of the city of Davao with exemplary competence and dedication and who best serve as a model of excellence and an inspiration to Dabawenyos.”

On March 9, 2018, a city council ordinance also declared Datu Bago as the “Paramount Warrior” of Davao. 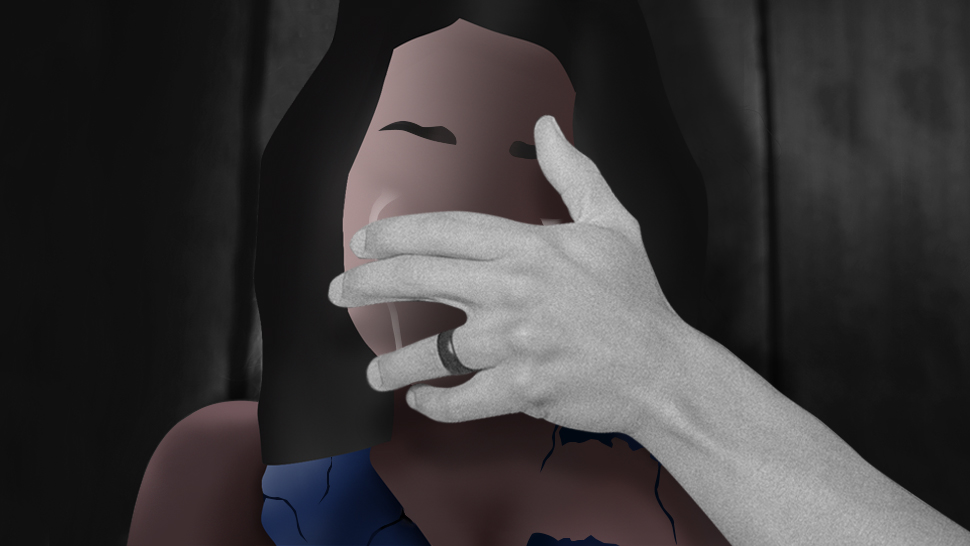 Fact or Fiction: The Controversial Life of Ninoy Aquino
All Photos
Comments
View As List