What it means to be a Muslim in the Philippines.

I have been appointed to the Bangsamoro Parliament, and I found this first session to be a humbling experience, one where I met people I'd never thought I would work with in my lifetime, and where I met familiar faces, too.

This brought home to me that, even after all the years I'd worked as an advocate for young Moro professionals, I have yet to put in the work and time these people who sit with me in the Bangsamoro Parliament have, I still have so much to learn. The wisdom of my colleagues in this parliament inspires me to do more, study more, and to be open to all the experiences that are vital to helping me do this job well.

We do not exist in a vacuum. Considering the diversity of the membership in this legislative body, we have an excellent team of people who are working together to ensure that this chamber can deliver the necessary services—services that will go a long way toward ensuring that the Moro people's aspirations for self-rule will become reality.

But, in spite of  this latest breakthrough in the Moros’ quest for self-determination, it seems like we still have a long way to go when it comes to making Filipinos understand the idea of the Bangsamoro as a cultural and historical identity in this country.

The conversation about being a Bangsamoro and a Filipino brings me back to that one conversation with a Grab driver in a recent visit to Manila. En route from the airport to my destination that triggered many questions about nationality, love of country, and what those two concepts mean to someone like me who isn’t a resident of the National Capital Region (NCR). He asked if Muslims from Mindanao needed a passport to visit Manila.

I was stunned by the driver’s questions and couldn’t immediately answer him. What was he thinking? That Mindanaons are foreigners? That we are not Filipino?

That conversation made me wonder if this was also the general sentiment of Filipinos who do not live in Mindanao about us Mindanaons: Do they think we are aliens in our own country (and theirs, too), and that we are not part of the Filipino community that encompasses the largest island in the Philippine archipelago?

If the people who live in Mindanao are foreigners, if we Moros are considered “other” than Filipino, then when do we get to become Filipino? When needed—as in when citing culture, such as our indigenous dances, cuisine, and other cultural “artifacts”? Is that when we get to be acknowledged as Filipinos?

The vinta is considered a Filipino sailing vessel. It is unique to Mindanaoan culture and history. So does the Darangen epic—the centerpiece of Mindanao’s oral tradition. The singkil is a Mindanaoan dance, and it is considered one of the traditional Filipino dances, and is promoted as such in our tourist brochures and in our cultural texts. The architecture that is distinct of Mindanao—especially the torogan of our Meranaws—is classified as part of traditional Filipino architecture just as the bahay kubo of Luzon is.

The history of Sultan Kudarat and his exploits, as well as the resistance to Spanish colonial rule by our Datu Utto is taken to be part of Philippine history—but only when it is convenient.  Their stories are part of the Moro narrative, yes, but these leaders’ lives and actions are also part of something larger: They are part of the history of a nation called the Philippines. Luzon, the Visayas and Mindanao are the three stars on that flag we call our own, wherever in Inang Bayan we are.

Ever since I was in grade school, I was taught to love my country—all of it, Luzon, the Visayas and, yes, Mindanao. I learned from our shared history that the Philippines as we know it now began life as a “nation” when Ferdinand Magellan discovered the Philippines. This this is my country as much as it is the country of the Filipinos from Luzon and the Visayas.

But there is a history that pre-dates the arrival of Magellan and the “discovery” of the Philippines. Several histories, in fact, in several parts of what is now the Republic of the Philippines. In Mindanao, it is the history of the Bangsamoro people, who like the other peoples of this modern Philippines, had civilizations, rulers, cultures and trade ties with China and the Arab world before the Spanish arrived and named this archipelago we call home after their King Philip.

That’s why we call the period before Magellan’s discovery the “pre-colonial” period of our shared history. And yes, the Bangsamoro was a nation during this period. Our narrative bears this out. That does not make us less Filipino. We were here before the Spanish. We remained after their colonial reign ended. Our narratives and our history are just as intertwined with the fate of the rest of the Philippines as our dances, architecture, vintas, and cuisine are.

There are times when the biases and stereotypes about Moros manifest among our compatriots:

The deaths of the 44 Special Action Force (SAF) police officers in Mamasapano, for example,  was divisive. So many Filipinos blamed the Moros for this tragedy despite the fact that 24 of the total of 68 people killed in that encounter were Moro—we don’t see that we can be victims, too.

There were times when we are jolted painfully by the ugly reactions of people who are as Filipino as we are. But we stand up and never allow ourselves to falter—that is not an option as we see the necessity of continuing to work for peace, no matter what. We want an end to the imbalance, injustice, biases, and stereotypes. We want to prove to our fellow Filipinos that the Moro people are not this country's unfortunates.

We have begun building on a hard-won peace in Mindanao—one that, hopefully, will also help bridge the gap between the Moro and the Filipino, and usher in a better communications between us in this daily conversation we should have about nation and identity. May the peace we have won for all last and fulfill the aspirations of every Juana and Abdul and Maria and Fatima and this country as a vibrant and complete whole. 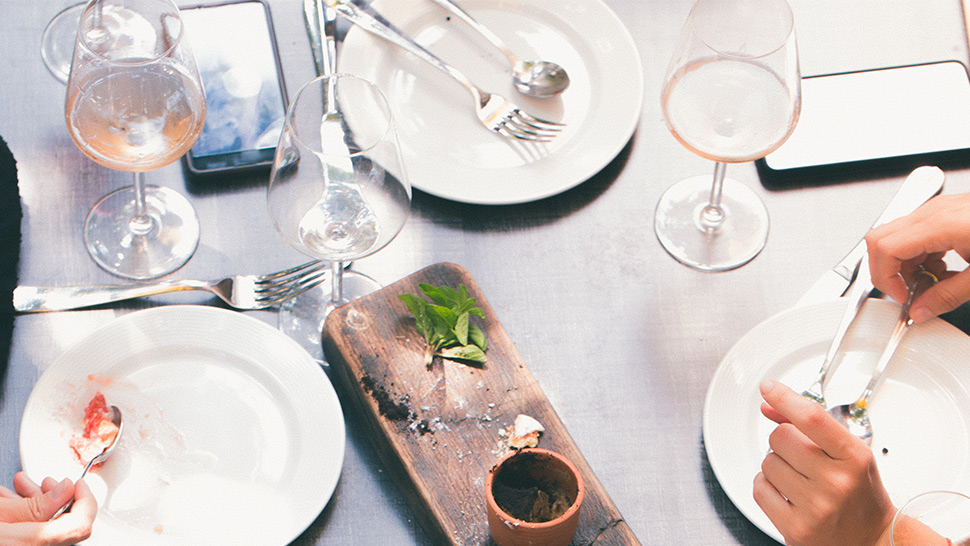 Look Hard Enough and There's a Reason Not To Eat Anything, Ever