The great statesman reflects on the need for great lawyers in the country.

When you asked me about a month ago, for a list of books that you could read to start studying law, I was loathe to prepare the list because I felt that you would be wasting your time studying law in this “new society.”

I am still not sure that it would be worth your while to do so.

A few days ago, while chatting with a soldier, he asked, in all seriousness and sincerity, “Pero sir, kailangan pa ba ang mga abogado ngayon?” And in a way that perhaps he did not intend, he raised a perfectly valid question.

A lawyer lives in and by the law; and there is no law when society is ruled, not by reason, but by will—worse, by the will of one man.

A lawyer strives for justice; and there is no justice when men and women are imprisoned not only without guilt, but without trial.

A lawyer must work in freedom; and there is no freedom when conformity is extracted by fear and criticism silenced by force.

A lawyer builds on facts. He must seek truth; and there is no truth when facts are suppressed, news is manipulated and charges are fabricated.

Worse, when the Constitution is invoked to justify outrages against freedom, truth and justice, when democracy is destroyed under the pretext of saving it, law is not only denied–it is perverted.

And what need do our people have for men and women who would practice perversion?

Yet the truth remains true that never have our people had greater need than today for great lawyers, and for young men and women determined to be great lawyers.

Great lawyers—not brilliant lawyers. A scoundrel may be, and often is, brilliant; and the greater the scoundrel, the more brilliant the lawyer. But only a good man can become a great lawyer: for only a man who understands the weaknesses of men because he has conquered them in himself; who has the courage to pursue his ideals though he knows them to be unattainable; who tempers his conviction with respect for those of others because he realizes he may be mistaken; who deals honorably and fairly with all, because to do otherwise would diminish him as well as them—only such a man would so command respect that he could persuade and need never resort to force. Only such a man could become a great lawyer. Otherwise, “what you are speaks so loudly, I cannot hear what you say.”

For men and women of this kind, our country will always have need—and now more than ever. True, there is little that men of goodwill can do now to end the madness that holds our nation in its grip. But we can, even now, scrutinize our past; try to pinpoint where we went wrong; determine what led to this madness and what nurtured it; and how, when it ends, we can make sure that it need never happen again.

For this madness must end—if not in my lifetime, at least in yours.

We Filipinos are proverbially patient, but we are also infinitely tough and ingeniously resourceful. Our entire history as a people has been a quest for freedom and dignity; and we will not be denied our dreams.

So this madness will end; the rule of force will yield to the rule of law. Then the country will need its great lawyers, its great engineers,its great economists and managers, the best of its men and women to clear the shambles and restore the foundations of that noble and truly Filipino society for which our forefathers fought, bled and died.

So, there are two sides to the question of whether it is worth your while to study law; and, in the end, it is a question that only you can answer.

Just be sure, that, whatever be your decision, it is truly yours, that it is truly what you want, not a choice dictated by a sense of duty to follow in my footsteps.

To help you decide, I suggest that you read:

(a) The Attorney’s Oath, Form No, 28 appended to our Rules of Court; and the duties of an attorney, Rule 138, sec. 20 of the Rules of Court, which you can ask from my office;

(b) “The Five Functions of a Lawyer” in Arthur T. Vandervilt’s “Cases and Materials on Modern Procedure.”

(d) “The Lawyer from Antiquity to Modern Times” by Roscoe Pound.

These should give you an idea of what a lawyer should be and what he has been in the past. What he is in our country, you have an idea;

(f) Martin Mayer’s “The Lawyers”, tells you what he is in the United
States; and

(g) Brian Abel-Smith’s “Lawyers and Courts”, what he is in England.

Read either and compare with our practice. And for a critique of lawyers, of courts, and even of law, read,

(h) “Law against the People,” by Robert Lefcourt.

As you read, cultivate the habit I have never been able to school myself to do of taking notes of your reading—not only of the gist of what the author says, or quotations of thoughts he felicitously expresses, but also of your reactions to his work (where you agree or disagree or suspend judgment, and why) and of the thoughts he arouses in you. File your notes in orderly fashion. They will become invaluable to you as you mature.

After you have read enough to give you an idea of what a lawyer is and does, but before you firmly commit yourself, one way or the other, discuss the matter with your wife and your friends, always bearing these things in mind:

– That the law is a demanding profession, exacting a constant and unswerving devotion that is always a thinking obedience to its ideals, and that is much harder to give than blind obedience;

– That the rewards of the law as a profession are not in wealth or even in fame, but in the respect of your peers, in the excitement of the chase after justice, and in the satisfaction not only of service to your clients but of having somehow shaped the future by molding the law of today.

This has been a long letter on a short question—whether to study law—and is not an example to be emulated should you decide in favor of law. My excuse is that time lies heavy on my hands in these days of detention, and since we can talk only in snatches when you visit, I have written at length in the hope of anticipating some of your questions.

You may suspect that, by stressing the difficulties of the law profession and by suggesting that you read some eight books before making up your mind, I am trying to discourage you from studying law. I am not. In a rather heavy-handed way, I am trying to paint the lawyer’s role as accurately as I can and show you that, if you do decide to become a lawyer, you must prepare yourself for a lifetime of study,reading, weighing and deciding, while at the same time acting and doing. It sounds impossible–but every day it has been and is being done.

I have loved the law; and I have always been proud of being a lawyer. But I have never been prouder than the day, five Sundays ago, that you told me that you wanted to study law. Regardless of what you may finally decide, the fact that you even thought of becoming a lawyer, despite my arrest and detention, allows me to hope that I have not failed as a lawyer and as a father.

For that, son, thanks.

Jose W. Diokno (1922-1987) served as a Senator of the Republic of the Philippines, and was the founding chair of the Commission on Human Rights 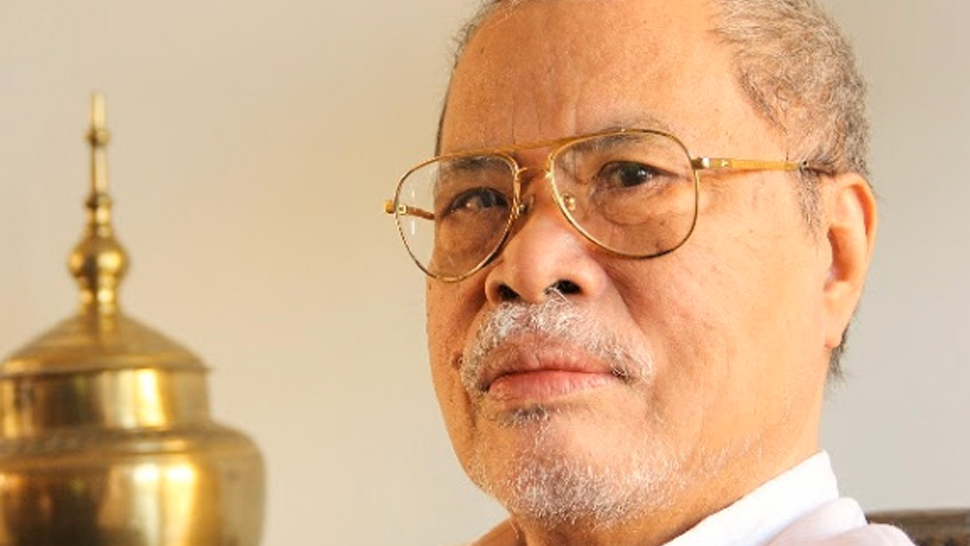