The former senator on his advocacies, leadership, and evil. 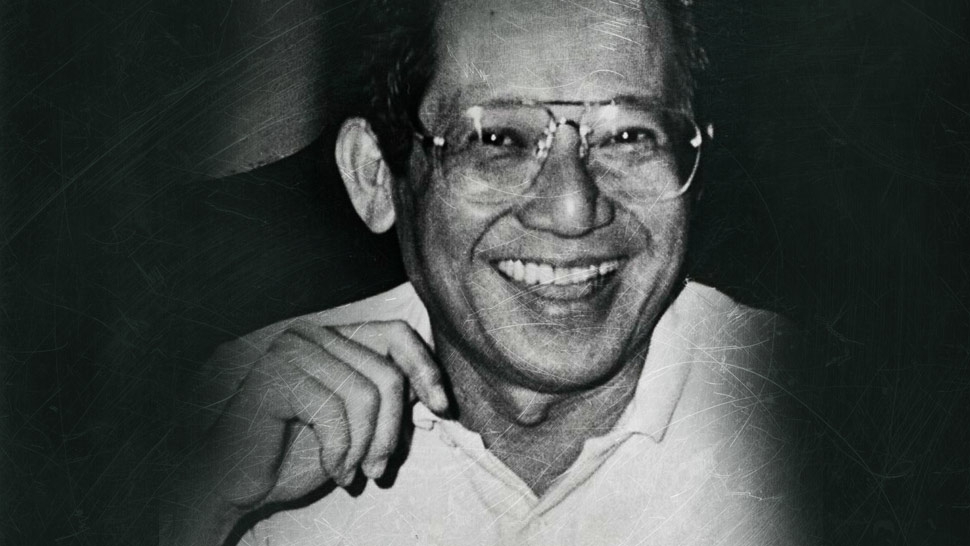 Why should I advocate a violent overthrow of our government? I am one of the lucky few who never lost an election— from mayor, to vice governor, to governor, to senator. Why should I want to destroy a form of government that has served me well? In fact, in 1972, I was a stone’s throw from the highest office within the gift of our people— the Presidency.

I was stripped naked. My wedding ring, watch, eyeglasses, shoes, clothes were all taken away. Later, a guard brought in a bedpan and told me that I would be allowed to go to the bathroom once a day in the morning, to shower, brush my teeth, and wash my clothes. I was issued one Jockey brief and a T-shirt and told to wash my clothes every morning. During the entire 30 days I was issued only two Jockey briefs and two T-shirts, which I alternately wore every other day. The guards held on to our toothbrush and toothpaste and we had to ask for them every morning. Apparently, the intention was to make us really feel helpless and dependent for everything on our guards.

I was first exposed to communism as a young teenager shortly after the war, in 1945, when my hometown of Concepcion was literally occupied by the Hukbalahap. Our town mayor, an avowed Huk, was appointed by the dissident group. I have been a student of communism, especially the Philippine communist movement. I have written many papers, delivered many lectures on the Huks, their aims, their inner dynamics and motivations, both in the Philippines and abroad. If I had planned to seek the Presidency in 1973, it was because I sincerely believed I had the key to the possible final solution to the vexing dissident communist problem.

Mediocrity is so prevalent in government because the better trained and experienced economic planners are pirated by private businesses after the government has spent much time and money on their education. Government planning is left to second and third-rate minds who eventually penalize the whole economy with their half-baked economic concepts.

Government planning is left to second and third-rate minds who eventually penalize the whole economy with their half-baked economic concepts.

Leadership exacts a harsh price, especially in times of evil rule or evil threat. It is a price that, if the leader be true, he can only meet gladly, accept unreservedly and pay willingly. Of such mold were the men Winston Churchill forged into England’s War Cabinet, who, after Dunkirk, “were each ready to be killed quite soon, and have all his family and possessions destroyed, rather than give in.” Ghost of such men have been my cellmates in my solitary prison cell. They inspire me to be ever faithful to country and duty. 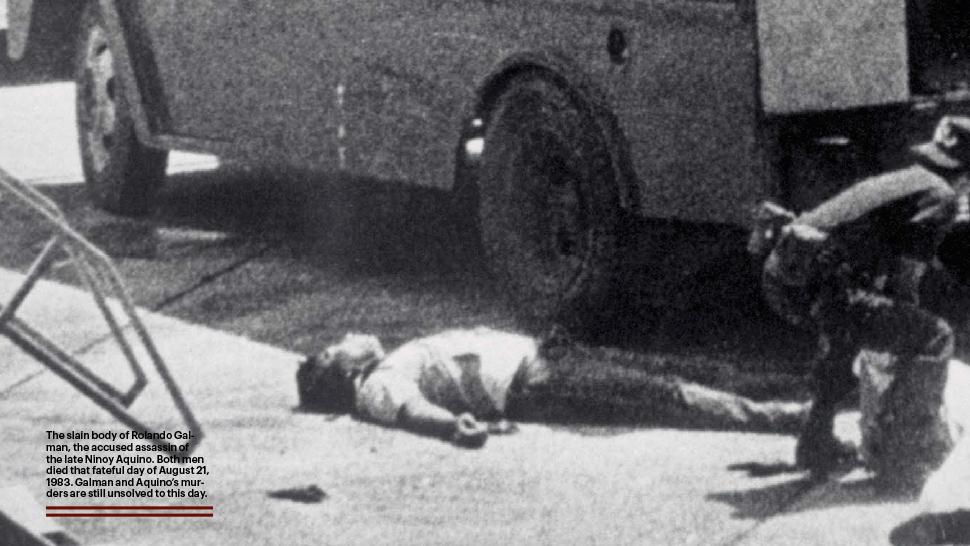 To “save” democracy, Mr. Marcos killed it. Like all other dictators, he invoked the people as rationale for his act. “It is for the people that we embark on the democratic revolution,” he writes in Today’s Revolution, his Mein Kampf. Marcos wrote, “the thrust of history, and even the will of the people, somehow guided my hand to the deed. By a single act, it was done.” It was done, indeed. “By a single act,” coupled with the stern threat of “death by musketry” for those who dared oppose him, he raped liberty in liberty’s name, killed freedom allegedly for freedom’s safety, and interred democracy in a squalid grave to, in his words, “save democracy.”

The cry of protest of a newborn child is the first sign of life. Protest is part of the democratic evolution of man. Through the ages, it has been the protest of man against the vagaries of nature, against the cruelties of his environment, and against the tyranny of his governors that has lifted him from his primal animal origins to his present civilization.

“Avail yourself of amnesty and ask for forgiveness for the sins you committed against the state,” I was told. In this way, Mr. Marcos will be justified for detaining me and I will regain my freedom. And everyone is supposed to end up being happy. My answer was brief and to the point. I will not beg Mr. Marcos’ mercy nor will I avail myself of any amnesty offer, because I have not sinned against the state. I would rather die on my feet with honor than live on bended knees in shame. 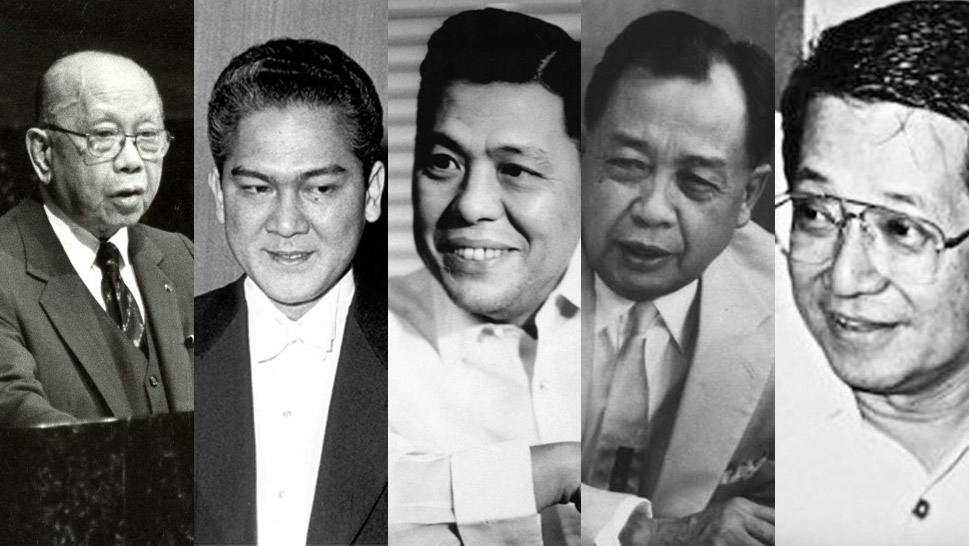 Many may laugh at my seeming quixotism in this age of crass materialism and inhuman pragmatism. I pray that they will laugh so hard that they will come to tears—and then realize in a fleeting moment of consciousness that they have indeed laughed at their own tragic misfortunes.

Do you know there are now young people in the Philippines who are saying dictatorship is good? They know no better. They were 10 years old when martial law was declared. They’ve been brainwashed by TV. You turn it on and every 30 minutes: “count your blessings, look at what has been done for you.” You can’t allow one generation to go on like this. Your democracy atrophies right there. 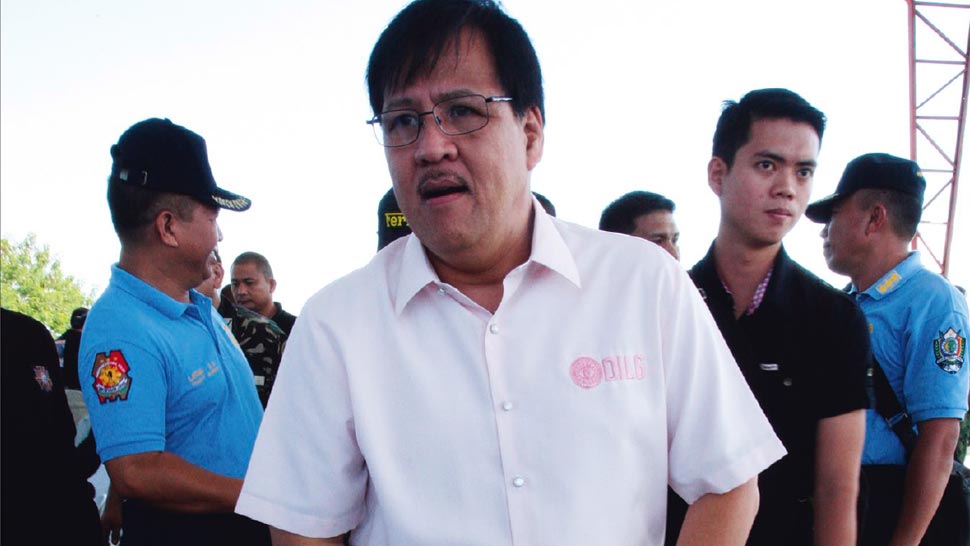 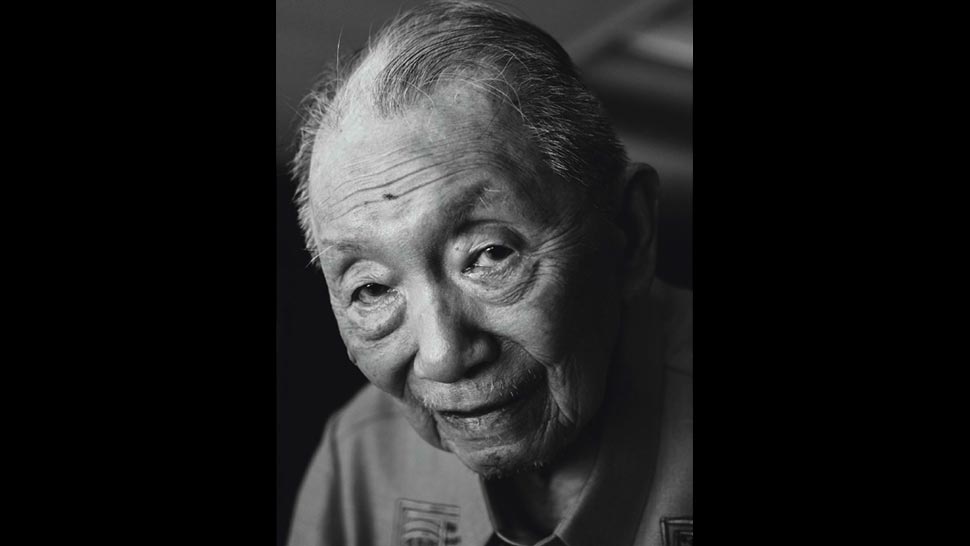