The public servant shares the lessons he's picked up in a life of fighting for human rights, standing up to the Marcoses, and losing comrades. 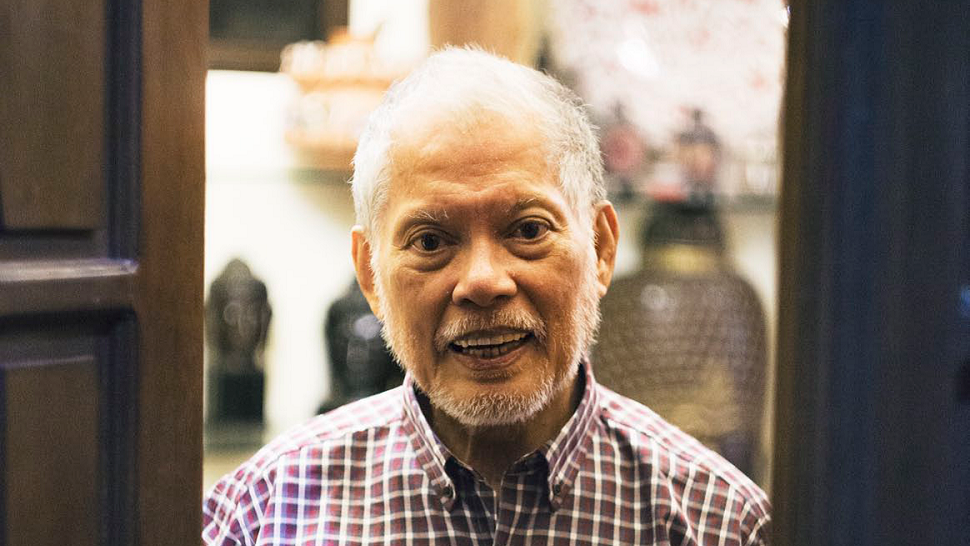 This was originally published in the December 2015 - January 2016 issue of Esquire Philippines.

When I left for the US [to study law], maybe I was 100 miles to the right of Marcos. I didn’t like students telling the leaders how to run the country. I was very conservative. But in ‘67 when I got in, that was the height of the Vietnam protest. At times, it was very hard to go to Harvard because of the demonstrations. And then the following year, I went to Berkeley, another hotbed, there would be tear gas. That was part of my education in the US. Martin Luther King was assassinated, Bobby Kennedy was assassinated… those developments could not have left me unaffected. And when I came home (during the) First Quarter Storm, I came home maybe 100 miles to the left of Marcos.

Well, if I had met President Marcos before I left for the US, I would have probably given him the benefit of the doubt. But after I came home, I probably would have told him where to go. Biased na talaga ako.

That is one sad development I keep hearing about [the youth today]. No consciousness about [Martial Law], how it was during those dark years.

When I arrived back [in Manila] on December 30 (or January), I signed up with Ayala Corporation. But on my way down [to their offices], I hitched a ride with a fellow Bedan who was going to the BIR. When we got to the Supreme Court, I saw a rally being led by Roger Ayala, a good friend from the Ateneo. So I said, “I’m getting off. I want to join my kind of people.” So even before I started with Ayala Corporation that very same day, I sent a letter of resignation.

If I had stayed with Ayala, maybe I would be in some plutocratic enclave now.

I founded the San Beda Free Legal Aid Clinic when I was in law school as a human rights lawyer, totally unknown in the legal zoo when I was a student. That probably was one reason why I won as Senator in 1987 without having to spend a single centavo of my own. The Filipino could be grateful. There’s a saying in Spanish, “Amor con amor se paga (love is repaid with love).”

I’d rather earn psychic income because that was what drove me to law school in the first place—to make a difference for the poor, the obscure, and the oppressed. Of course, psychic income is not treated as legal tender in Cash & Carry, but it satisfies you in a more meaningful sense.

That is one sad development I keep hearing about [the youth today]. No consciousness about [Martial Law], how it was during those dark years. It was really terrifying, the first few years. If you have people like me (Ninoy Aquino and Ka Pepe Diokno) being detained for years, without any charges! Ka Pepe was released in 1974 and founded a free legal aid assistance group, which I also joined. Ninoy Aquino had a heart problem, and for the First Couple to release him, it was because they did not want to take any responsibility should anything happen to him here in the country. During the first elections [in] 1978, Ninoy Aquino lost to non-entities, and that was why we started a boycott movement, agreeing with the Greeks in 1974.

My family could not complain because I neglected all of them equally. I remember that my darling [wife] Dulce was so supportive and never questioned except for one Christmas. I attended a Christmas party for lawyers, a mere walking distance from home. So after dinner here, I disappeared and went to the party. When I came home, she did not berate me, but tears were falling softly from her eyes and she said, “Pati ba naman [sa] Pasko, wala kang panahon sa amin?” I had so many shortcomings as a husband and father because it was a time when I thought that the country should come first. Maybe it was poor judgment [on my part]. When she [died], I realized I was not the husband I should have been, even the father I should have been.

Someone once got my counsel and told me, “’Now I realize what a Jesuit priest taught us at the Ateneo: ‘When you laugh, the whole world laughs with you. But [when] you weep, [you weep] alone.’”

Now, finally I admit to being scared of one thing—long, lingering, hopeless illness. And if that happens to me, the little that we have would be spent on my care for nothing. So I just hope that the good Lord will continue to take care of me as another lily of the field. That has been the story of my life. I took seriously what I read in the Bible that the odds are worse for a rich man than a camel passing through the eye of a needle. So I just hope that next time I am admitted to Makati Med, that I would be treated gently.

I feel only melancholy seeing my comrades pass away. We were more than brothers. Talagang lintik ang integrity ng mga iyan and wala pa kami compared to those we followed. How to bring back the glory of the Senate is a huge problem.