The Congressman talks about losing family; the death of Maria Teresa Carlson; his alliance with the Marcoses; and being a law student during Martial Law.

This was originally published in our July 2013 issue.

It took me seven years to finish law school. I went to law school in 1971. Then September 1972, Martial Law. Nawalan ako ng interest because I found it funny na you’re reading this law then next week may presidential decree. Mahilig ako sa action. I wanted to join the military, so I lost interest in my studies. If not for my mother, I wouldn’t have finished law school.

Fr. [Joaquin] Bernas became my dean. He was very strict. Even if I placed high in the exams, basta overcut ako ng klase, they would fail me. So that’s why I spent three years in third year. Since he became the dean, I could not move out of third year. Mabuti natanggal siyang dean, kundi hindi ako ga-graduate.

I was always absent. And they changed the rules of the Ateneo because of me! Now, six years lang ang pwede sa law school. Kinakantsawan ko, “O, Father, tignan mo, if I had listened to you and transferred to San Beda, di yung batch ko sana iisa ang top-notcher! Your black sheep is your redemption.” I think I did well and honored my school after all.

In 1981, I had my first daughter, Camille. Her mother was one of my girlfriends, Janet Murrf. Then in 1983, medyo naghihiwalay na kami. So eto naman si Freddie Webb, “Sige, dadalhin ko diyan si Maria Teresa Carlson and Carmi Martin, yung kasama ko sa Chicks to Chicks.” Twelve months from when I met her, pinanganak na ‘yong si Ria. Twelve months after, pinanganak na ‘tong si Ryan. But when Maria delivered Ria, she wanted to deliver her in the States, so pumunta sa States. So ‘yong dating girlfriend ko na nanay ni Camille, nakasama ko na naman, nabuntis, nanganak. So I had three kids in 12 months. But then after that, pinakasalan ko si Maria.

Maria was a rebel. She was traumatized because she never got to know who her father was. Si Maria, na-in love ako sa kaniya because she was intelligent, jolly, very pleasing and everything, but nakita ko kawawang-kawawa rin naman siya. So I told myself, na-inlove na rin ako, challenge siguro ito. We eventually had six kids, but ang hirap nung wife ko dahil she was always on the run.

When she gives birth… nahirapan siya with her responsibility. Sabi ng doctor she really needed to be attended to professionally. But it was so hard because she would run away and make up stories. Kaya in a way, I’ve been telling people, “How I wish I’d been out of office sooner, noong nandun pa siya,” because we would not have been under the microscopic eye of the public.

Pinadala ko sa Makati, and the doctor said kailangan ng professional attention, but Maria would say, “Ginaganyan ako niyan e.” Then all these women’s groups would jump into the fray.

I have a big family. Siya, she grew up all by herself. Basta may mga Christmas gathering kami, she’d feel so overwhelmed. Pero she was okay, okay naman—mabait, lovable, and everything. That was my wife. That’s why, noong it was growing worse, pati mga anak ko, sinasaktan niya pag nagagalit. Umalis na lang kami, iniwanan namin siya. That’s why she was living alone in our place when that incident happened. We were together in China in October of 2001. But then in China, ganun na naman, nagfe-flare-up and everything. Sabi niya, “Daddy, can I just leave?” Iniwan niya kami sa China. She went to Manila. She left mga October 16. That was the last we saw her. Actually, nung nahulog siya, November 23, we hadn’t seen her for over a month. 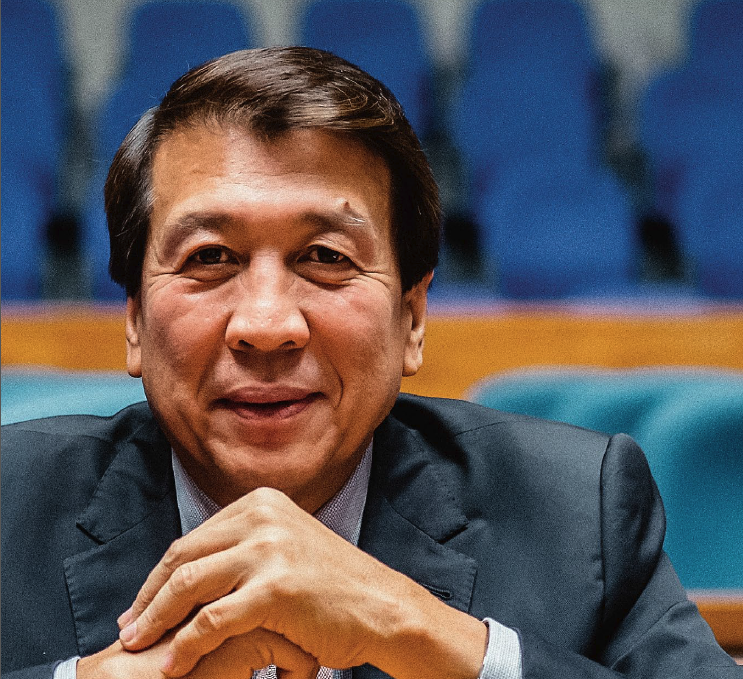 Even before she died, I could not talk because kawawa naman yong misis ko. It will exacerbate her situation. E ako yong lalaki, so quiet na lang ako. But when she passed away already, and they were still ganging up on me, kawawa naman mga anak ko if I didn’t give my side, so that was the only time I talked.

How did I cope? Buti natalo na rin ako noon e. I lost May 2001. She died November 2001. But like I said, how I wish earlier pa ako nawala sa political scene para we could have coped easier. Di kami pinakikialaman masyado. When that happened, I became arrogant din, I felt I was invincible. At 28, I was mayor; I was governor; I ran for the Senate; I even wanted to be president. Until masuwerte rin ako na I suffered a setback. Sunud-sunod e: I lost my father 1998; I lost my brother 1999; I lost as congressman 2001; I lost my wife 2001. Parang tinitignan ko yong buhay ko, nag-cycle. It all hit rock bottom.

What I did was I reviewed my life. With God, those setbacks that I got, what would you do except to find refuge somewhere? And good, doon na rin ako napunta, and back to basics, back to the Lord. I had eight children. When I became mayor in 1980, I was a bachelor; I had no child of my own. Those 21 years parang it all happened so fast to me. Since then, I’ve prayed all four sets of mysteries of the rosary every day.

When Miriam used the word gago during the Corona Impeachment, and nobody would stand up to it, I said I have to do it. I cannot tolerate that that will be left in the record.

I already had extensive trial practice even when I was mayor. When I ran for Mayor of Laoag, I was disqualified by the COMELEC for, would you believe, turncoatism? But in my case, that was very strange because I was a neophyte, so how can I be a turncoat when I haven’t even joined any party? When I went, bar topnotcher na ako—it was 1980 in Ilocos Norte, we were still under Martial Law. I was 28 years old. All the politicians in Ilocos Norte were telling Marcos that if this guy enters into politics, he will be a problem.

But unique kasi ako. I took the bar, and I didn’t take my [mayoral] oath with the rest. I did not join the mass oath-taking because Vivian and I were in the States. Galit na galit yung father ko, and yung mother ko—wala pang text noon—wrote to me, called me on the phone: “Your Dad said if you don’t come home before his birthday on August 16, he will disown you!” So I had to rush home. I arrived here two days before his birthday, went to the Supreme Court and filed a petition to take my oath. Yung mga justices, galit na galit.

I joined the Padua Law Office, but not for long because four months lang and then elections na. So I quit, then I became mayor. And then, madami akong kaso—sa COMELEC, Sandiganbayan, the Ombudsman, the Supreme Court. They charged me with kidnapping, serious illegal detention. Puro non-bailable yan.

I conducted the cross-examination on myself. I would ask myself questions, and I answered them. They said, “He is a member of Congress; he’s not supposed to appear in any court.” They cited the Constitution, so I said, “I’m not appearing here as a counsel, your honor. I’m appearing as the accused. I have the right to choose my own counsel, and I only trust one counsel.” I won every case.

I used to have a different lifestyle; dati I slept late. Now, I go jogging, running, biking—mountain bike. I can go 60 kilometers. Just last Saturday I joined a 5k run. There were 150 runners. I was number 23, and I was the oldest, so not bad.

Nung nanalo si Noynoy, they wanted me again to join the LP. If I had joined the LP, I would have held a higher position in the House. In fact, it was also offered to me na chairman ako ng Committee on Justice sana, but I would have broken up my alliances with the Marcoses, so I had to remain with the NP, but even then I was made deputy majority leader and senior vice chair of the Committee on Justice, so yun ang mga tradeoffs ko naman in political alliances.

I enjoy the laidback life as a member of the House. Now at age 61, I’m enjoying my eight children. I’m not interested in running for the Senate.

About The Author
Vanni de Sequera
View Other Articles From Vanni
Get The Latest Updates From Esquire!
Subscribe to our newsletter!
Latest Feed
Load More Articles
Esquire Money 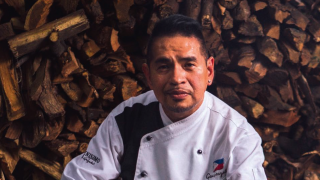