When every other country was closing their doors to the Holocaust refugees, Filipinos proudly opened theirs, saving the lives of 1,200 Jewish refugees in the Philippines.

At a time when Jews were the most desperate of desperates, when they were being subjected to unimaginable horrors, when they were being hunted, exterminated, and treated like pestilence, every other nation closed their doors to Jewish refugees in their darkest hour, but the Filipinos opened theirs, sheltering 1,200 Jewish refugees in the Philippines.

The Holocaust was a genocide committed by Nazi Germany during World War II that saw the murder of six million Jews, which comprised two-thirds of the Jewish population in Europe. During this time in the late 1930s to the early 1940s, the Jews in Europe were desperate for escape, but every other country shut their doors to the Jews who were seeking refuge. In 1936, when reports of the Jewish persecution reached President Manuel Quezon of the Philippines, he vowed to take them in.

How the Philippines Helped Jewish Refugees

Through the concerted efforts of President Manuel Quezon and a few of his poker cohorts such as future US president Dwight Eisenhower, High Commisioner Paul McNutt, and brothers Alex and Philip Frieder, they were able to bring Jewish refugees in the Philippines.

“Quezon, like most Filipinos, was Catholic and yet he developed an affinity for Jews because he felt that there was a sense of symbolic brotherhood between Filipinos and Jews,” said Commonwealth historian Sharon Delmendo in a documentary called “Open Doors: Jewish Rescue in the Philippines” by Noel Izon.

“As the Filipinos were recipients of racial discrimination and bigotry on the part of many Americans at that time, the Jews were similarly recipients of bigotry by the Nazis,” said Delmondo.

From the 1920s to the 1930s, Manila was Asia’s premier trading hub and finest destination. Its genteel image attracted various nationalities. Some of these nationalities were French, Germans, Russians – some of whom were Jews.

By 1925, there was already a small but significant Jewish presence in Manila, composed mostly of Americans. They were wealthy and prosperous. They influenced important aspects of society, not only education, but also trade and politics. One of these Jews, a trader named Alex Frieder, had a direct line to the President’s ear. He also happened to be one of the president’s poker buddies, along with future US President Dwight Eisenhower, and High Commissioner to the Philippines Paul McNutt.

The year 1938 was the time when Nazis burned down hundreds of synagogues, arrested 30,000 Jews, whose homes they also ransacked. This news reached President Quezon, who empathized with the Jews. 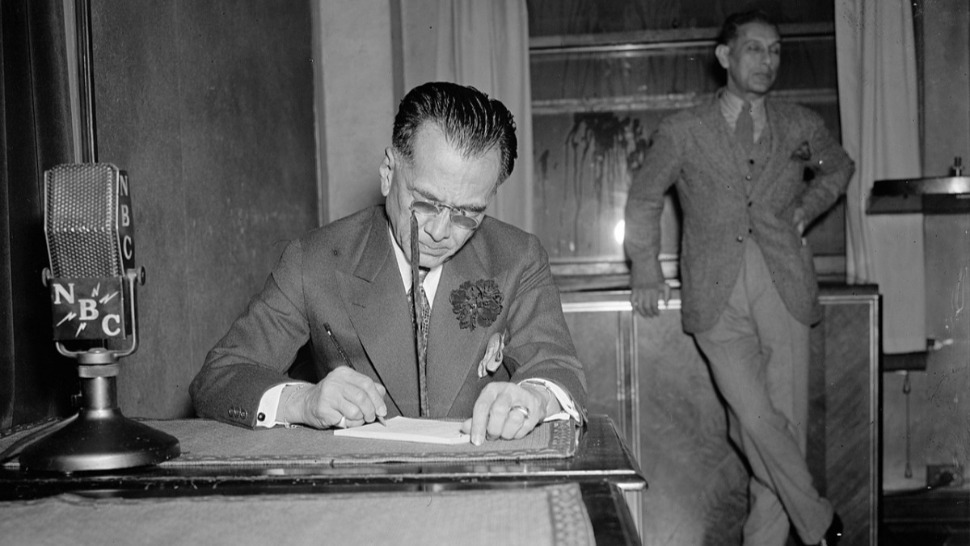 When Germany turned its back on China and shifted its alliance towards Japan, the Jewish population in Shanghai became vulnerable, especially when the Sino-Japanese War broke out in 1937. Fears grew that the Japanese might follow Nazi Germany’s policy on Jews. And it did.

Meanwhile, the Jewish Community in Manila led by the Frieder brothers Alex and Philip, immediately set up the Jewish Refugee Committee. Alex Frieder pleaded with President Quezon to help rescue the Jews, which he did. Some 30 German Jews from Shanghai made it to Manila as refugees, but Quezon paid a lot of political capital for it.

He was heavily criticized by his enemies for allegedly allowing communist Jews into the country. His political allies also reprimanded him for the act. One would think that Quezon would have learned his lesson, but less than a year later, he would fight for the entry of 10,000 Jews from Germany and Austria into the Philippines.

His opponents quickly exploited this proposal, capitalizing on branding the Jews as “communists and schemers who are bent on controlling the world,” while stating the enormous logistics that it entailed, which the Philippines may not be able to handle.

Some opponents maliciously twisted the issue, saying President Quezon failed to provide land to farmers, but was willing to give land to Jewish refugees in the Philippines.

Despite all these, Quezon stood his ground. Alex Frieder revealed how Quezon adamantly fought for the refugee Jews against all odds: “He assured us that big or little, he raised hell with every one of those persons,” Alex Frieder said in1939. “He made them ashamed of themselves for being a victim of propaganda intended to further victimize an already persecuted people.”

The Philippines would have accepted more refugee Jews, if not for the Japanese invasion of the Philippines in 1941. President Quezon was able to provide visas to 10,000 German and Austrian Jews. Out of that number, some 1,200 made it to the Philippines.

Survivors among the Jewish refugees in the Philippines

“So he looked up his encyclopedia, which was published in 1898, and he read that this was set of 7,000 discovered by Magellan, it’s under the Spanish Crown, Spanish was the national language, so naturally, we immediately started studying Spanish.”

Many other Holocaust survivors who came to the Philippines had the same thing to say about their stay: Filipinos were very warm and hospitable.

In Rappler interview in 2017, Israeli Ambassador to the Philippines Effie Ben Matityau praised the Philippines for opening their doors to Jewish refugees. “There you have the biggest moral collapse of those who call themselves enlightened nations. That was a total darkness and collapse,” Matityau said.

After the War, most of the Holocaust survivors who came to the Philippines moved to Israel, where they permanently settled. Today, there are more than 8,000 people who are descendants of the 1,200 refugee Jews who escaped to the Philippines. In honor of the Philippines’ heroic act, Israel erected a monument in 2009 titled “Open Doors”. It honors the Filipinos’ opening of their door to Jews at a time when everybody else deliberately closed theirs.

Quezon’s Game is a movie that shines a light on the hidden story of how President Manuel Quezon helped rescue 1,200 Jews from the Holocaust. It is a story that is well known among Jewish communities in the Philippines and abroad, but one that most Filipinos are not familiar with. 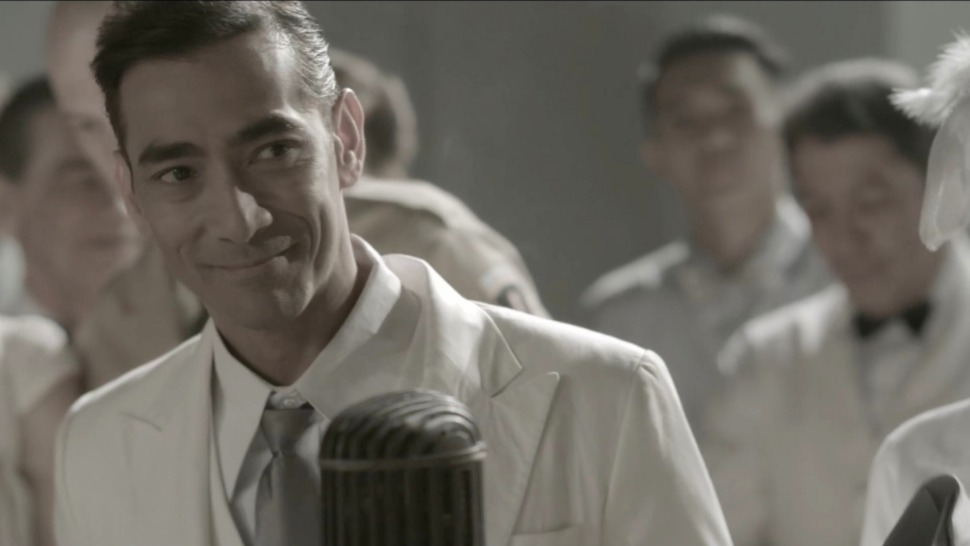 "Quezon's Game" has won 23 international awards and recognition. It opens in theaters on May 29, 2019. 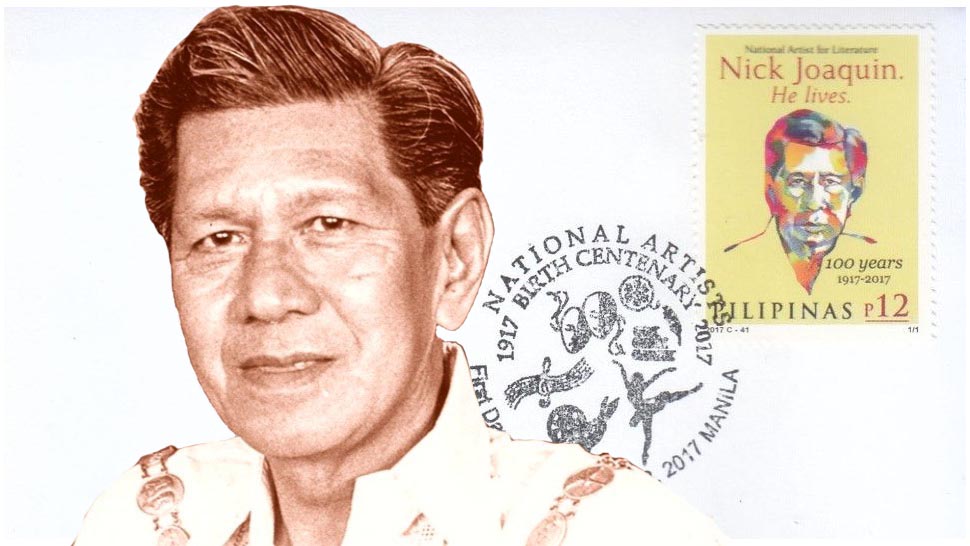 Clarke's on No. 2 Escolta: The First Ice Cream Shop in the Philippines
All Photos
Comments
View As List