The government just signed an P81-billion loan with Japan for it.

It will soon become easier and faster to travel from Pampanga to Laguna (and vice versa), thanks to the newly signed loan agreement by the Department of Finance (DOF) and Japan International Cooperation Agency (JICA).

On January 21, Monday, the two agencies signed loan agreements worth 167.199 billion yen (P80.78 billion) on January 21 for the provision of official development assistance loans for the first phase of the North-South Commuter Railway project.

“This signing ceremony for the 1st tranche of the loan for the North-South Commuter Railway will allow work to begin towards completing a high-capacity commuter service a 147-kilometer corridor from Clark, Pampanga to Calamba, Laguna,” Finance Secretary Carlos Dominguez III said.

It is one of the railways the Duterte government aims to construct under its ambitious infrastructure program called Build, Build, Build and is also the biggest project under the program so far with a total project cost of P628.42 billion, the DOF said. 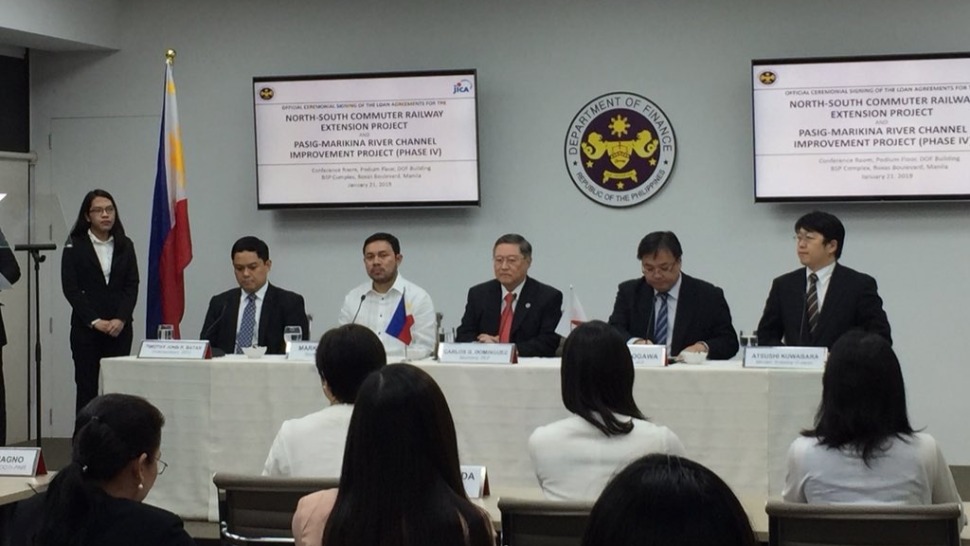 The merged railway system will have the capacity to run 15 trains with eight cars each per hour. Each train will have a maximum capacity of 2,200 passengers trip.

“Operating speed will reach up to 160 kilometers per hour, cutting the travel time between Clark and Calamba from the current 5 hours by bus to as little as 1.5 hours. This is an immense improvement over any other transit option available today,” he added.

The project is expected to be partially operational in 2022, during which it will have an estimated daily capacity of 340,000 passengers. It will shoot up to 550,000 daily passengers in 2023 when it becomes fully operational, the National Economic Development Authority (NEDA) said.

The loan and total project cost

On November 2018, NEDA increased the total cost of the project from just P440.88 billion. It also said that the government will shoulder P5 billion per year for the capital and operating and renewal costs.

“The economic benefits of improved mobility for our commuters in this very large urban sprawl will far outweigh the total investment,” Dominguez added.