Here’s how much premium contributions to PhilHealth will increase in the next six years.

Under the measure, every Filipino citizen is automatically enrolled in the National Health Insurance Program (NHIP) or the Philippine Health Insurance Corp. (PhilHealth). In essence, this means, that even without any PhilHealth membership, any Filipino may be able to get “promotive, preventive, curative, rehabilitative and palliative” health services, in any private or public health facility in the country, at an “affordable cost.”

The distinct definitions matter as direct contributors would have to pay higher premium rates in the long run.

Under the current PhilHealth system, members pay a standard rate of 2.75 percent of their income, an amount shared by the employee and the employer. This applies to any member who has a monthly basic salary of at least P10,000 to as much as P40,000. Any member that earns higher than the latter amount pay the rate of 2.75 percent of the salary ceiling. 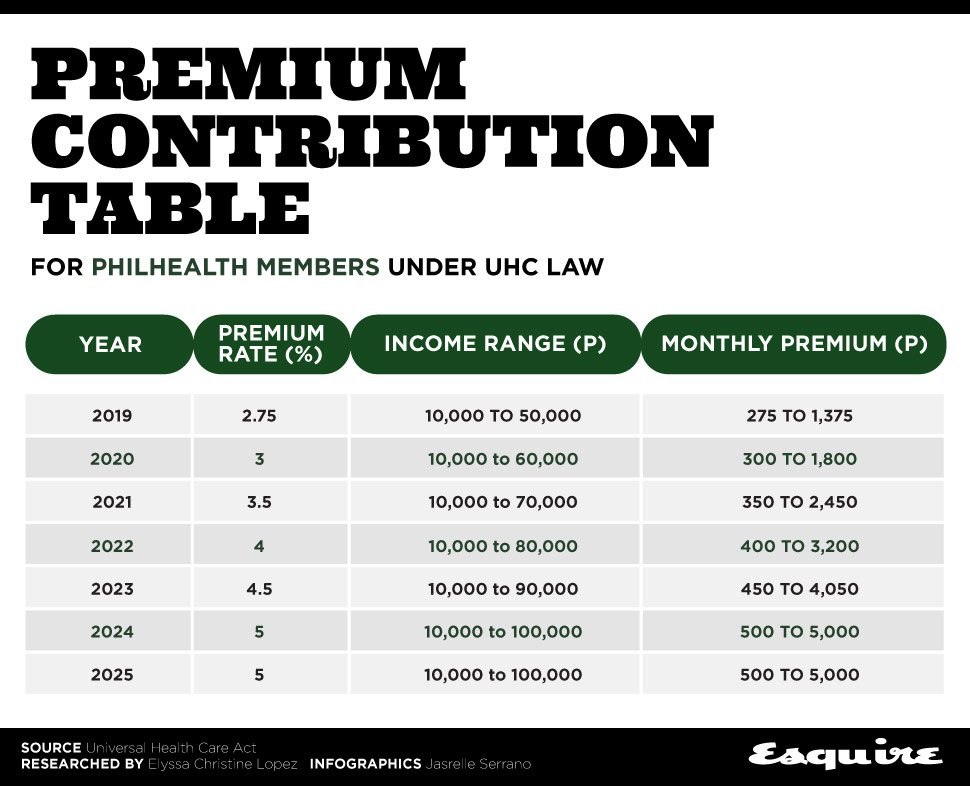 But with the NHIP, members are expected to increase their PhilHealth contribution starting at 3 percent of their income by 2020 to as much as 5 percent by 2024, as seen in the infographic on this page.

The new scheme is seen to affect high-earners the most, especially those earning P100,000 and above, as their contribution will increase by almost five times than what they currently provide.

The extra cash is not only expected to subsidize the services for indirect contributors but as well as fund the additional benefits for direct contributors, which include free medical consultations, laboratory tests, and medicines for specific illnesses.

Still, it's a distinct possibility that there will be those who would prefer to drop their PhilHealth memberships and just avail of the health services without additional costs.

To prevent this, the law has imposed penalties for those who will miss their contributions. Employers and self-employed direct contributors will be required to pay all of their missed premium payments with an interest, compounded monthly of at least three percent for those employed and a maximum of five percent for self-employed individuals.

Aside from PhilHealth contributions, the government is expected to pool more funding for the program from a myriad of sources.

The Philippine Philippine Charity Sweepstakes Office (PCSO) and the Philippine Amusement and Gaming Corp. (PAGCOR) are mandated to contribute 40 percent and 50 percent of the national government’s share in their income, respectively, to the NHIP. Income collected from sin taxes is also seen to be funneled to the program, as well as a part of the annual appropriations received by the Department of Health (DOH).

These all sound too good to be true, which is why the Department of Health (DOH) was quick to remind Filipinos that the law’s implementation cannot happen overnight. The department still has to craft the implementing rules and regulations of the Act in the next six months before the government even starts taking the necessary steps for its implementation.

While the law is not without its critics, most see it as a major step towards better health care for Filipinos. Statistically, the program may benefit more than 30 million Filipinos, as only 66 percent of the population are found to be direct members of PhilHealth, according to the Philippine Statistics Authority.

The World Health Organization (WHO) also called the law “an excellent basis” for the implementation of universal health care in the country. “This is not the end point but just a starting point for major reform effort in the Philippines,” WHO country representative Gundo Weiler said. 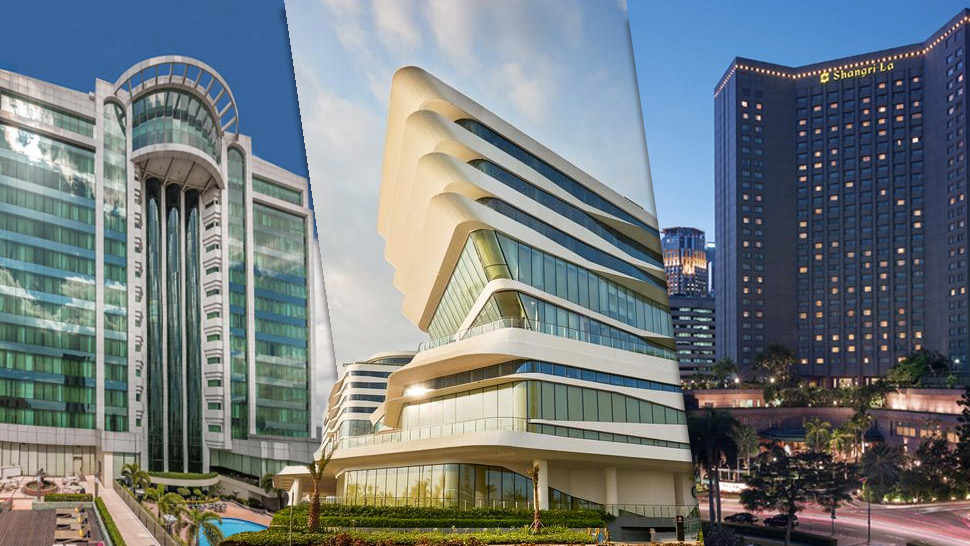 These are the Best Hotels in the Philippines, According to Forbes