Ariel Arce belongs to the third generation of the famous family of ice cream makers.

“For every older person who has the means to buy premium ice cream, if you open their refrigerators, I’m sure you’ll see a can of Arce Dairy. That’s how it has always been,” Ariel Arce, Arce Dairy’s vice president for operations, tells Esquire Philippines.

The Arce family has been making their delectable, gourmet-style ice cream for 84 years now. Ariel, who belongs to the third generation of the famous ice cream makers of Quezon City, toured the team around the factory while narrating the company's success story.

Arce Dairy was started by Ramon Arce Sr. (Ariel's great grandfather) and his wife Carmen in 1935. Carmen started experimenting with making homemade ice cream, but these were not immediately sold by retail. Rather they supplied them to restaurants around Manila which in turn offered them as dessert options to their well-to-do diners.

The couple decided to turn their ice cream into a brand and sell them to retail customers a little over a decade later, in 1948. The couple named the brand “Selecta” and this time, they had their youngest son Mauro manage the company.

Mauro then eventually passed the baton to Faustito, Ariel's dad. Though Ariel manages the day-to-day operations of the ice cream factory today, Faustito remains the company president. It was during his time when Selecta started to flourish.

Faustito developed more flavors and expanded the brand's network of both suppliers and consumers. However, the Selecta that we know and is available in the markets today is different from what the Arces had developed back then.

Publicly listed food and beverage company RFM Corporation bought Selecta from the Arce family in 1990. RFM’s expertise in mass production catapulted Selecta’s popularity to new levels, eventually turning it into one of the market leaders in the country.

However, in time, Selecta’s position as a high-end ice cream brand started to wane. As part of the new owners’ strategy, Selecta penetrated the ice cream markets of classes C and D by offering it at a much lower price.

Seeing this, the Arce family decided to bring back the old and well-loved ice cream recipe to the market.

“We became Arce Dairy in 1995,” Ariel says. “We added many flavors in the menu—around 20 (more) flavors, more or less, by my sister.” His sister Rossanna, a food technologist by profession, has been in charge of research and development since then.

But Ariel himself didn’t join the company until 2011, when Arce Dairy wasn’t at its best financially.

“Of course, we lacked the capital back then because we were just starting again,” Ariel explains. “Secondly, our competitors were heavy on advertising. We don’t advertise, even until now.”

Good thing, though, that Ariel knew how to turn things around. When he took over the company, it only had two trucks for deliveries and its electricity bill reached P1 million—a tad too costly for their 4,000-square-meter factory in Quezon City.

It took Ariel two months to bring electricity costs down to P600,000. This then opened up many opportunities for the company to profit more, by eventually purchasing more ingredients and other facilities.

Enjoy a taste of Mindanao with ArceDairy’s Durian ice cream. Find out where to buy at www.arcedairy.com

Arce Dairy’s production is done on a day-to-day basis. Most (if not all) they produce today, for example, must be loaded in the trucks for deliveries early the next day. By doing so, the company limits the use of freezers in the factory, thereby reducing electricity consumption.

Today, Arce Dairy has 10 freezer trucks that deliver ice cream products in Metro Manila and in some parts of Luzon. Ariel proudly says he purchased the trucks solely through the company’s income and without incurring debt. Because the company’s market reach is wider now, he also tripled Arce Dairy’s production in 2015, which is now at an average of 3,000 gallons a day.

Arce Dairy also exports to Dubai, Qatar, Japan, and Hong Kong. The company is also currently finalizing details for the US and China markets. 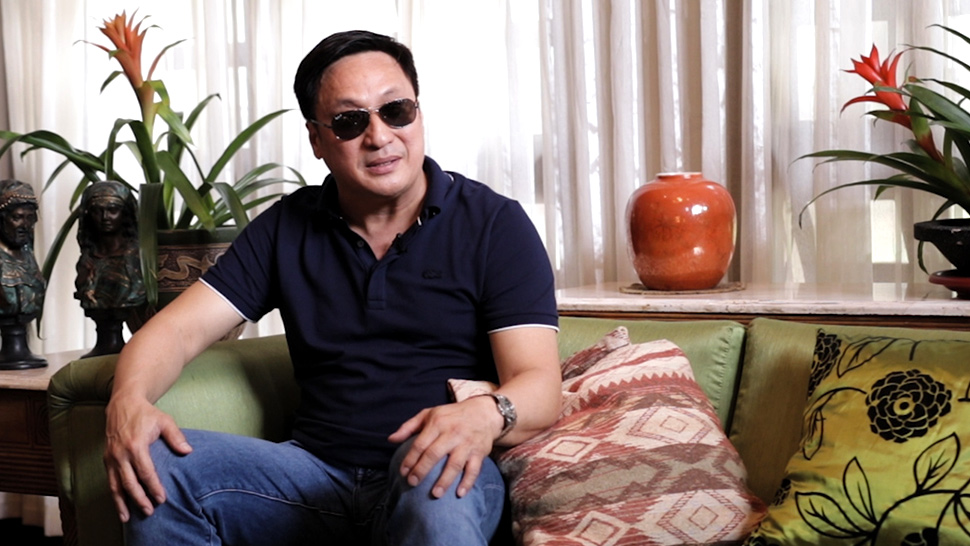 The making of a businessman

Ariel says he learned how to be business-savvy both in school and in the streets. He obtained a degree in Marketing from San Beda College, where he was both a full scholar and an athlete (basketball and track and field). He also attended the Ateneo Graduate School of Business from 2008 to 2009 and finished Entrepreneurship.

But it wasn’t all that shiny and easy for Ariel. The company VP shares that he fathered a son in his second year of college and that he and the mother of his child married but eventually separated.

“(During that time) I stayed in Ayala Alabang—alone,” Ariel recounts, adding that he chose to stay away from the family, who were all living in the same compound in Quezon City near where the factory is located. “I built my own network—alone. I learned how to think on my own. I was separated from everyone else. I built and sold and earned my own money, all on my own."

That’s why even before joining the family company, Ariel already had a sense of how to run a business. “I was able to apply the practicality in the way I manage things—because not all are just theory. Being street-smart is also different. And in business, sometimes it's not what you know—it's who you know also,” he adds.

Despite the many other competitors in the market available today, Ariel doesn’t seem to show any signs of concern just yet.

“The reason why we named it Arce (Dairy) was to intentionally let people know that this was the former Selecta. Because (the new) Selecta changed their formulation, right?” Arce explains that they wanted to go after their niche customers before, which were the older people and the rich.

These days, however, he shares that they are also starting to work their way through class C consumers. But he is very careful to make it clear that despite their shift in markets, they make sure to never compromise the quality of their products.

“As my grandfather said, ‘hijo, if you neglect your quality and your competitors have deep pockets, you’ll lose’,” Ariel recounts. “So even though we profit less, as long as our quality never decreases, that’s what we’ll keep on doing so the business will keep on going,” he adds.

In fact, when Ramon Arce decided to name their ice cream back in 1948, he chose the name “Delecta”, which means “attaining high standard” in Latin. It only became “Selecta” due to errors during the filing process.

Ariel says their next steps include the expansion of the factory and the storage facility in the following years.

Whatever happens, the ice cream man said they will continue to work hard just as they’re doing right now in order to serve their loyal customers and make sure they continue to enjoy a glass of their favorite Arce Dairy ice cream for many more years to come.