COVID-19 has changed the landscape of the world, forcing our reality to enter a “new normal.” The economy is (seemingly) in tatters and millions are worried about the state of jobs in the future. Amid all the noise, Fernando Zobel de Ayala, president and COO of Ayala Corporation, shared his two cents on the COVID economy, the future of fintech, and his personal experience during the pandemic in an interview with Daniel Russel, vice president of the Asia Society Policy Institute (ASPI).

Top story: Jose Rizal Family Net Worth - How Rich Were the Rizals?

The Ayala brothers, Fernando and his elder brother Jaime Augusto, have been in the news more than ever before, and that’s taking into consideration they were already high profile businessmen as Ayalas and tycoons at that. Ayala Corp., along with other big businesses, has been working hand in hand with the government, rolling out the work from home program in their companies, donating billions to the COVID-19 relief effort, funding quarantine facilities, and going beyond what was asked of them when the pandemic arrived.

As the head of one of the biggest employers in the country, Fernando Zobel de Ayala has kept his pulse on the state of the pandemic and the state of the economy for some time, and shared his thoughts on the direction the government should and will take, as well as Ayala Corp. and the Ayala family’s experience with COVID-19.

On the Government’s Economic Priorities

“With all these shifts and the many others, I believe that there will now be noteworthy changes in national economic priorities,” said Zobel de Ayala to Russel of ASPI. “First, most governments around the world did not have adequate healthcare facilities to handle this pandemic. I believe that governments will have learned much from the crisis and will increase their attention to this sector. Second, education will have to evolve to be ready for online learning. While we recognize infrastructure challenges, the shift to online education has the potential to improve the accessibility of learning at a massive scale.”

Despite the challenges ahead, Zobel de Ayala is hopeful the Philippines will recover, even if it takes a while: “Admittedly, it is hard to predict how long it will take for Southeast Asian economies to recover to pre-COVID levels. However, the early recovery of the Chinese economy, the increasing trade within the region, and the decreasing dependence on Europe or the US gives me much hope that Asia will bounce back faster compared to other parts of the world.”

On Going Cashless in Southeast Asia

With quarantine still in effect almost six months since it was first put into place, Filipinos everywhere have had to take a crash course in mobile banking, adapting to a new cashless society as quarantine keeps us indoors. According to Zobel de Ayala, digital transactions now comprise 87 percent of all transactions at the Bank of the Philippine Islands, one of the biggest banks in the country.

Meanwhile, Ayala Corp.’s e-wallet platform GCash has grown by a whopping 20 million users with around 75,000 merchants in its network. Daily active users have jumped 138 percent, while daily active transactions have spiked by 157 percent since the pandemic began.

“We believe we are at a major inflection point leading to greater financial inclusion through digital finance. This will be a significant development, especially for the 66% of Filipinos who are part of the unbanked population,” said Zobel de Ayala.

With 300 million Southeast Asian adults “financially underserved or totally unbanked,” cashless solutions are one way to improve financial services and the quality of life.

Internally, Ayala Corp. is one of the many businesses in the country adapting to the new work-from-home normal. And even it is struggling. Zobel de Ayala admits that productivity was not as high as working in an office during the initial days of work-from-home, but like everyone else, they learned to adapt.

“The time saved from exhausting daily commutes gave our colleagues the flexibility to accomplish their work and spend more time with their families,” said Zobel de Ayala. “We see productivity steadily improving as everyone is now starting to get comfortable with online meetings. We recognize that there are advantages to having an office environment and face-to-face meetings.”

Overall, Zobel de Ayala realized, “This crisis has shown me the incredible resilience and adaptability of people in the face of new challenges.”

On the Ayala Family’s Experience

Meanwhile, on a personal level, Zobel de Ayala gets to enjoy something millions are also experiencing: more time with the family. The company president gave us a rare peek into his private life with wife Catherine “Kit” Silverio and the couple’s four children:

“I feel healthier and have enjoyed the opportunity to spend time with my family. The foreign studies of my children and my travel schedules pre-COVID made it very difficult for us to be together. The last four months that I have spent with them have certainly been very special.” 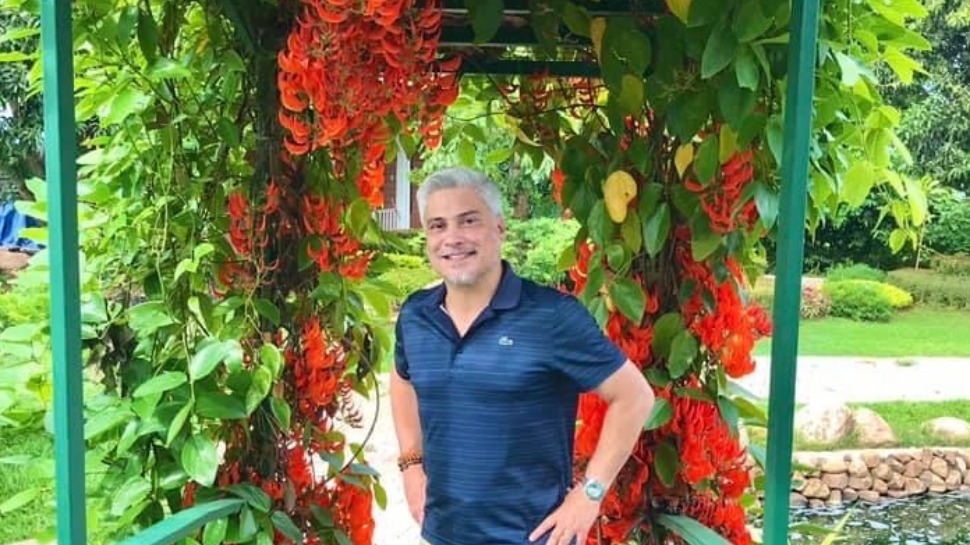