Love always comes out on top. 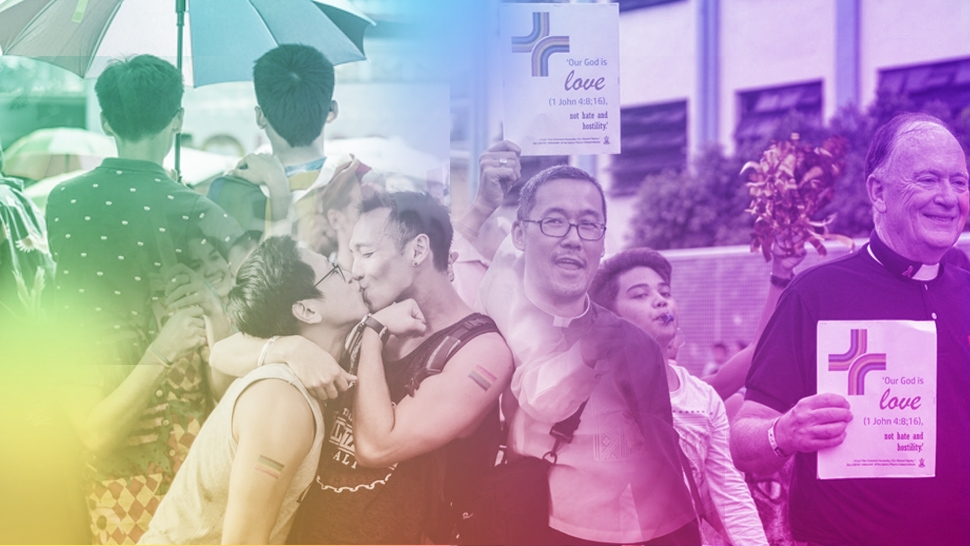 Last Saturday, members and allies of the local LGBTQ+ community stepped out for this year’s Metro Manila Pride March and Festival—an annual event that celebrates LGBTQ+ lives and shines a spotlight on the community’s issues. Thousands gathered at Plaza De Los Alcaldes, Marikina, where there were solidarity speeches, performances, booths, and festivities for the entire afternoon and well into the evening. Present at the event were Senator Risa Hontiveros, actress Nora Aunor, and Miss Intercontinental Philippines 2017 Katarina Rodriguez, who all showed up to support the cause. Altogether, organizers estimate that around 7,500 people came through for the event—up from last year’s estimated attendance of 4,500.

The festival’s attendees were also met by protest from small groups of religious hardliners, but none of those efforts were enough to figuratively rain on the literal parade. If anything, their presence only made it easier for members of the community to make their point: By standing up in the face of their indignation, champions of the LGBTQ+ cause proved that love does in fact win.

This year’s theme for the Metro Manila Pride March and Festival is #HereTogether, and photos of the event can be found under that hashtag. We’ve gathered some of the most powerful #HereTogether photos up on Instagram to celebrate:

Good News! PH Is Now the 10th Fastest-Growing Economy in the World
All Photos
Comments
View As List