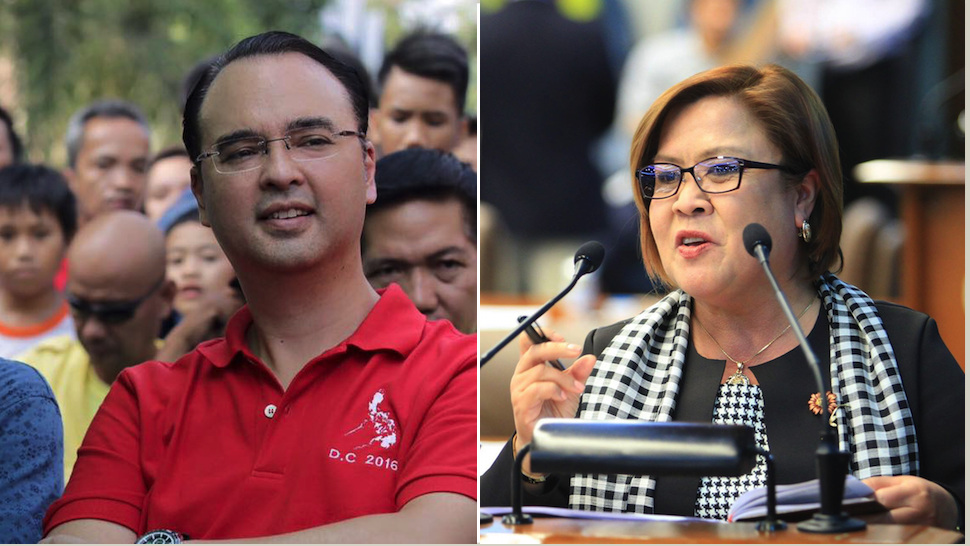 The mouth operates faster than the brain. This may explain why the foot often ends up inside it. Year after year, people experience the endless struggle to think before speaking—and there are times when they fail miserably.

This year—just like any other year—people said things that we wish they didn't. Their statements range from realizations that they should've kept to themselves, sleazy quips from the Dirty Old Man's playbook, nincompoopish pronouncements, self-centered generalizations, and all other things that are best left unsaid.

So, what are the odds that variations of these statements will once again be uttered in 2017? The answer: Very high—because the mouth, as we pointed out, often trumps the brain.

"I overestimated my worth."

—actress and TV host Kris Aquino on her career obstacles

"Inaagaw na ng mga rallyista 'yong sasakyan, kaya napilitan akong kunin ko 'yong sasakyan. Kaya napaatras ko. 'Yon ang nangyari (The rallyists were trying to take the vehicle, so I was forced to take over the vehicle. That was why I drove in reverse. That's what happened)."

—Police Officer 3 (PO3) Franklin Kho, who drove the vehicle that ran over several protesters at the U.S. Embassy in Manila

"We talk in the same language and I like your mouth, it's like mine. I said, 'Yes, Mr. President. We’re similar.' People with the same feathers flock together."

"There is a time for the indie movies. But not during the Christmas season. Christmas is for the family."

—actress Rosanna Roces, who admitted that she served as a "manager" of sex workers whom she presented to high-profile New Bilibid Prison inmates

"Ako napanood ko, pangit 'yong mga performers, eh (I have watched it, the performers were ugly)."

—Buhay party-list Rep. Lito Atienza offering his insights on a sex video that allegedly featured Sen. Leila de Lima, which was later proven to be fake

"Let's try to use our creative imagination."

"We don't take all the President's statements literally, but we take his statements seriously."

—actor Baron Geisler in a Rated K interview right after he urinated on fellow actor Ping Medina and got banned from doing TV and movie work by the Professional Artist Managers Inc. (PAMI)

"'Yong sa issue ng adultery and concubinage, ang aking patakaran pa rin ay dapat mas mahigpit sa babae kaysa sa lalaki dahil ang babae ang ilaw ng tahanan. Kapag nawasak ang tahanan, nagloko ang babae, wala na. Kapag ang lalaki nagloko, ang babae matatag, siya ang ilaw, buhay pa ang tahanan (For me, when the issue is about adultery and concubinage, it should be stricter on women more than on men. Because women are the light of the home. If the home is destroyed because the woman cheats, it's over. But if the man cheats, the woman remains strong, and since she is the light of the home, the home survives)."

"A state of mind adds to the problem of traffic. Let's stop blaming traffic. If you're late, that's that."

"Frailties of a woman."

—Sen. Leila de Lima's answer when she was asked by Winnie Monsode about why she fell in love with Ronnie Dayan, her former driver

"Distributing condoms will only condone sexual activity among students."

—Fr. Jerome Secillano—executive secretary of the Catholic Bishops' Conference of the Philippines (CBCP) public affairs committee—on the Department of Health's plan to distribute condoms in schools as part of its strategy to deal with the sharp rise in the number of HIV and AIDS among the youth in the country

"The problem is once you have positioned yourself, you no longer have the bullet train of Japan. People of our age only have the Western train of the cowboys."

"I think this is a great idea for everyone to have, just in case anyone is accused online or by the police."

"Sisipain lang po 'yong upuan (We just have to kick the chair)."

"He felt it was a message from God. I've always felt he's a deeply spiritual person. He's not religious, but he believes in God."

—Sen. Alan Peter Cayetano talking about President Rodrigo Duterte's claim of hearing the voice of God while on a plane that supposedly made him vow to stop swearing so much (Duterte later dismissed the story as a joke, referring to those who believed it as "mga buang" or fools.) 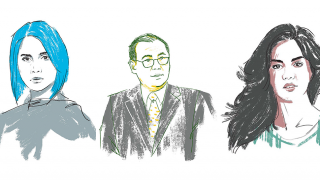 The Buzziest Controversies on Social Media for 2016 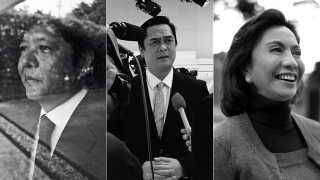