The tension in the room was silent, but deadly. 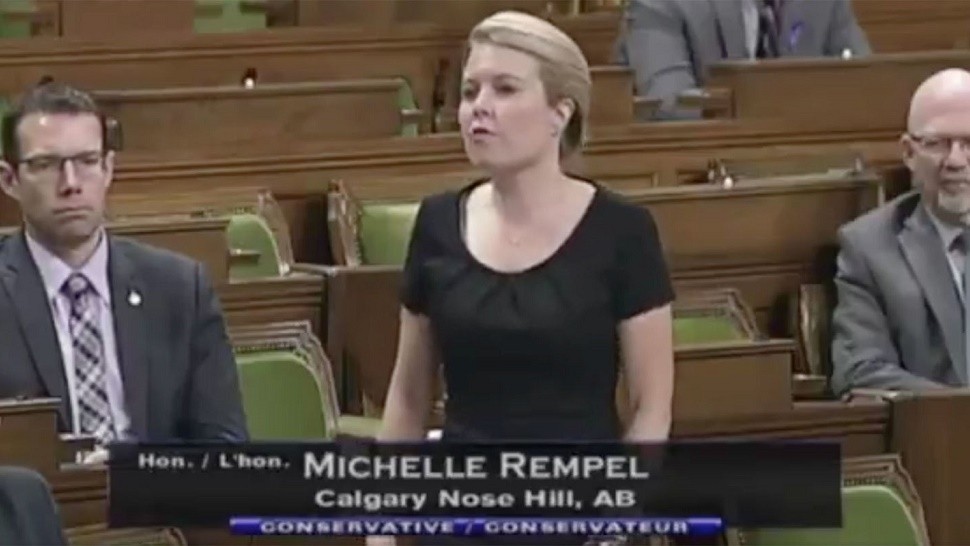 In case you're thinking about emigrating to Canada in favor of their more sophisticated politics, take a look at what happened in parliament yesterday before filling out your application for citizenship and booking a one-way ticket.

Conservative MP Michelle Rempel, who represents Calgary, Alberta, was on the floor of parliament Friday delivering a fiery speech about the lack of jobs in her district. In describing the neglect her constituents feel, Rempel used some strong language: the f-word. No, not that f-word. The other one.

"Why does this government treat Alberta like a fart in the room that nobody wants to talk about or acknowledge," Rempel said. "That is where my constituents have been at with this government for over a year."

Rempel's colleague and Green Party leader Elizabeth May stood up to reprimand her with an unfortunate choice of words. "I heard [Rempel] say a word I know is distinctly unparliamentary, and I think she may want to withdraw it," May said. "The word was f-a-r-t."

Rempel was unimpressed with May's response, saying, "Is my colleague actually serious? I just gave an impassioned speech about Alberta jobs, and that's what the leader of a political party has to say? No, I don't withdraw it."

The tension in the room was silent, but deadly.