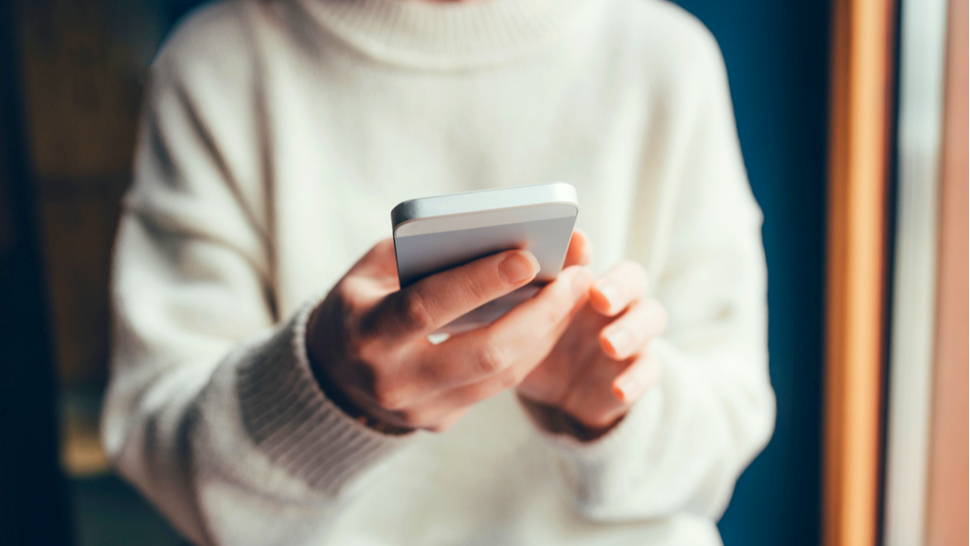 By now, most of us have received over 10 random spam messages about part-time job postings accompanied by sketchy links. If this was a Facebook Messenger message, you could just click the settings of the profile to report the (possibly fake) person. But in text, it’s a different matter altogether. You can block a number and even keep its messages tucked away in the spam folder, but how do you report it?

If you’re a Globe user, you can report the spam number to Globe’s #StopSPAM reporting page. Just add a screenshot of the spam message and input the number of the scammer as well as your own. Globe will terminate and block the number immediately. 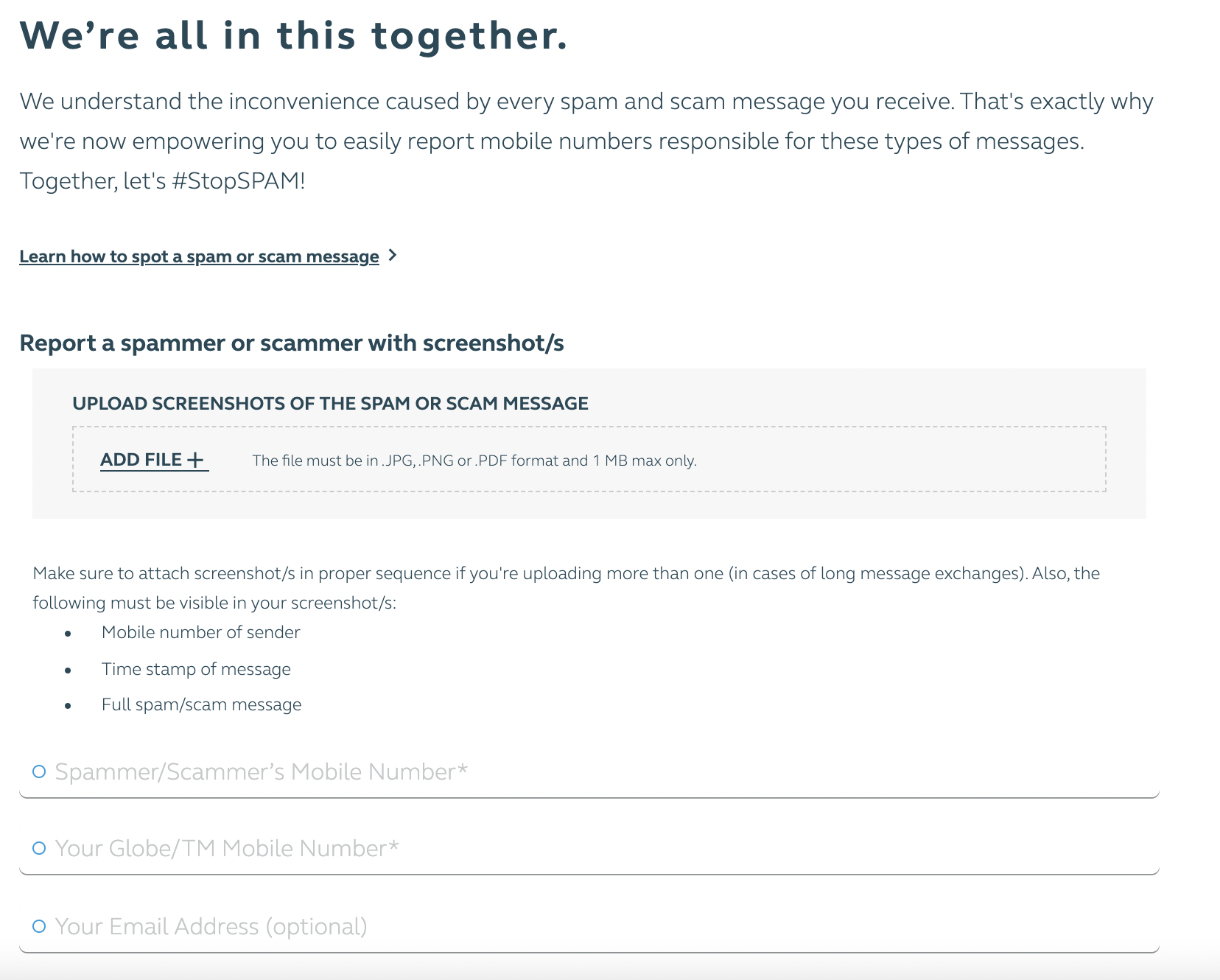 If you’re a Smart, Dito, or Sun Cellular user, you can report the number to the National Telecommunications Office’s official complaint page. To file your report, input your contact details, fill out the message box with your complaint, and upload a screenshot of the spam message.

Hopefully, massive reporting might lead to a decrease in the number of spam messages being sent to millions of Filipinos’ phones, and help the telcos in their efforts to block this growing spamming issue.

How are the telcos reacting?

Globe has already deactivated over 5,670 confirmed spam numbers, as well as almost 71 million spam messages this year. The telco is also working with banks and e-commerce sites to help report fake numbers, spoofed sender names, and websites. Meanwhile, Smart has been blocking 500 mobile numbers per day, and some 40 domains and IP addresses have already been blocked. The domains and IPs that caught Smart’s attention are further proof that the scam is larger than anyone initially suspected.

To protect yourself from the international scam, Smart advises that you do not entertain questions or surveys from unknown senders, never provide personal information to strangers, and use the SMS blocking feature. Meanwhile, Globe suggests using the Messages app by Google as the app automatically moves spam to the spam folder, similar to how it works on Gmail.

If you’re really that curious as to what’s at the end of the road, we’ve already found out for you. The spam messages will link you to various websites before settling on a page that will ask for your credit card credentials. Sorry to say, this is not an opportunity for more part-time work. Just another phishing scam for scammers preying on Filipinos. 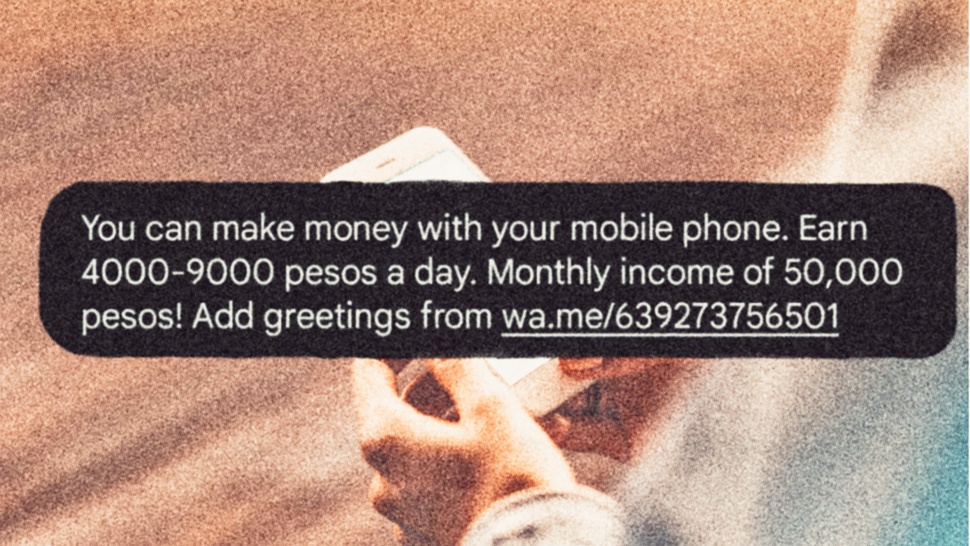 Here's What MetroMart Has to Say About the P100,000 Prank Order Sent to the Office of the Vice President 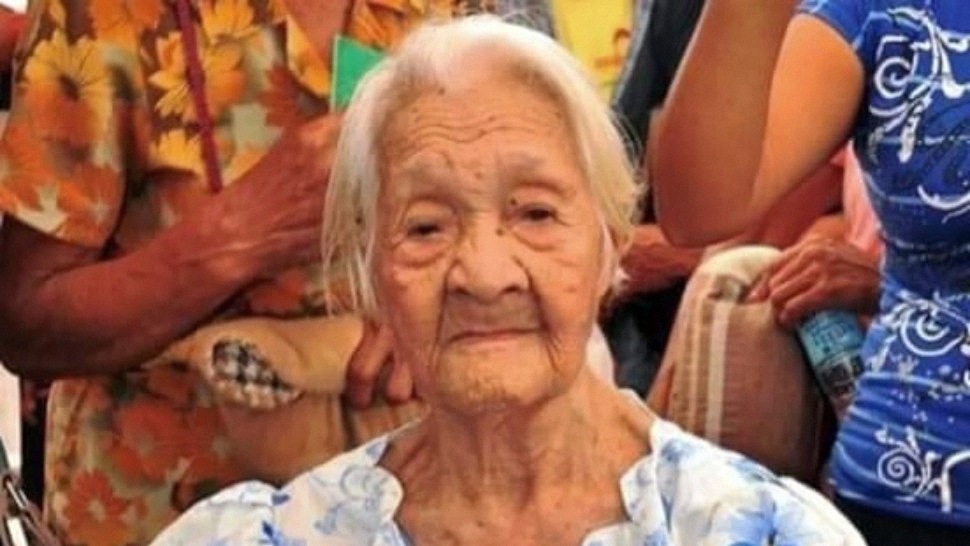 Francisca Susano, Believed to Be the World's Oldest Person, Has Died
All Photos
Comments
View As List