The road to graduation was a tough one for both students. 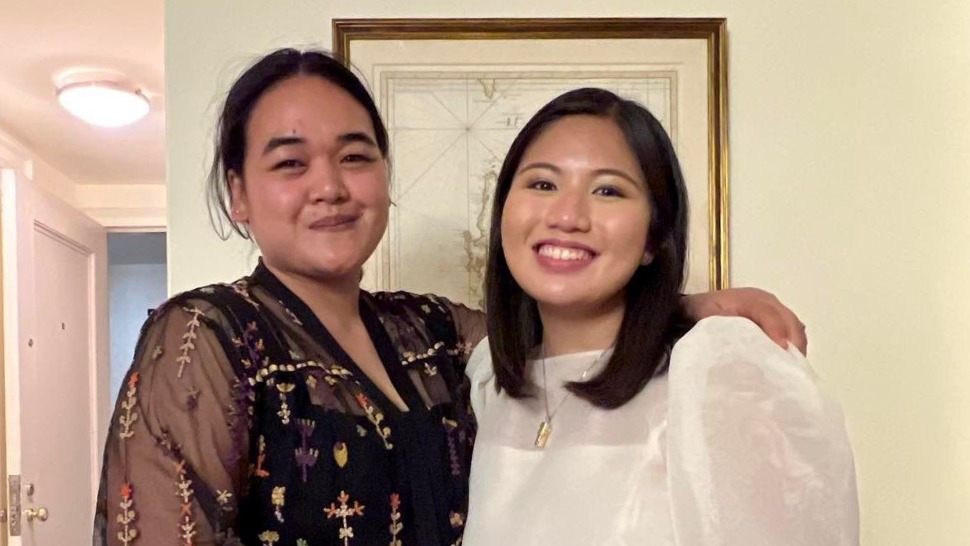 When photographer Xyza Bacani saw Vice President Leni Robredo at a small graduation party after New York University's commencement ceremonies, she asked Robredo if she could be her mother for the day.

"My parents couldn't make it to my graduation because we are poor and airfare is so expensive," said Bacani, a former OFW in Hong Kong, and a previous Esquire Philippines Man At His Best Awardee. "Can you be my Nanay today?"

Robredo was at the gathering because her youngest daughter, Jillian, graduated from the NYU College of Arts and Sciences with a double major in Economics and Mathematics. The intimate afternoon party with lobster rolls, cupcakes, pink lemonade, and Champagne was hosted by former NYU College of Science Dean Michael Purugganan and his wife Alessandra at their home in Greenwich Village.

The road to graduation was a tough one for both students.

"In less than 10 years Xyza Cruz Bacani has gone from being a migrant OFW domestic worker to world-renowned photographer, with her photos gracing the NY Times and CNN, as well as galleries and museums around the world," Purugganan wrote in a Facebook post. "Two years ago NYU was so impressed with her that even without a college degree they accepted her (with scholarship) into the rigorous M.A. in Arts Politics program at the Tisch school.

"This NYU milestone means a lot because to me because I fulfilled a dream, not just mine but of my parents. It is an additional key that I can use to be a better artist in service. The seed that has been planted by my education means I can give more offerings to my community," Bacani told Esquire. "As an artist, I am inspired to use my work more as a vessel for other people's stories. It also taught me the value of seeing myself as a descendant because it is not just about me anymore. It's about the future descendants and leaving them a better world."

"My ancestors are people you don't read about in history books. They are unseen and unheard. We don't have family inheritance except for the traumas passed on from one generation to another. I do not have photographs of them or any objects that will remind me of them. All I know is I am a product of trauma caused by a cycle of poverty," Bacani wrote in a recent Facebook post. "I am an ancestor. As a storyteller in today's world of uncertainty, I need to see myself as an ancestor rather than a descendant. It helps me make better decisions. I honor my ancestors by becoming one."

Bacani said it took "a village of generous people" from Hong Kong, the Philippines, and the United States to make her master's degree a reality. At one point, she didn't have enough funding for her second semester, and was unsure she would get to enroll.

"I am a scholar and grateful to people who paved the way for me to dream, who saw my potential and extended their generosity. I am in awe of your beauty and grace. I am grateful to my mama and papa, who taught me kindness and grit," she said on Facebook.

Bacani told Esquire she is currently writing her first novel and working on stories about the criminal justice system.

Meanwhile, Jillian Robredo has been in the national spotlight since she was a child of 13, when her father, the late Local Government Secretary Jesse Robredo, was killed in a plane crash in 2012.

She applied to NYU because her high school classmates at Philippine Science High School were applying for university abroad, but she hadn't planned on going because she knew her family did not have the finances to do so.

"When Jillian was accepted to NYU and was only initially granted partial scholarship, I told Jillian we still could not afford the balance," her mother said in a recent Facebook post. "She then proceeded to apply for additional scholarships and, Michael, who was then Dean of Science, was one of those she wrote. Michael sought the help of Joan (Maniego), Tisch Chief of Staff, and together, they helped Jillian out. Eventually, Jillian worked 20 hours per week as a lab assistant at the Center for Genomics and Systems Biology.

During her last semester at school, Robredo spent several months in the Philippines, helping out in her mother's presidential campaign.

"I was very lucky to have the option to take my classes online on my last semester, so that definitely helped when I decided to go home for the campaign. It was a bit hard because of the time difference—I would go on sorties and house-to-house visits the whole day and take my classes from 10 p.m. to 2:30 a.m.," Robredo told Esquire.

And while Robredo was honest in admitting there were times when she would see all the senior festivities going on at school, and she felt like she was missing out on a lot, she knew she had made the right choice to be home.

"Papa was already Mayor when I was born so I was exposed to what goes on in campaigns and elections at a young age. I only became active in 2016 for Mama's VP run since I was a bit older, but this election felt different because it was my first time voting for the presidency and we all knew how much was at stake," said Robredo. "Almost everyone I know was doing something for the campaign and the movement we've seen is something that we haven't experienced before and these are things I wouldn't have learned in school."

Robredo said she was thrilled her mother and sisters, Aika and Tricia, were complete for her university graduation at Yankee Stadium, an event where Taylor Swift—the Robredo sisters are huge fans—was the featured speaker, nonetheless.

"This is our first family vacation since Papa passed away that Mama doesn't have to work or we're not always in a rush. This is also the first time they're visiting me in New York that they're all complete—so elated we get to celebrate this milestone together," she said.

Robredo said saying goodbye to friends who have been family these last four years has been bittersweet." All of us were away from our families and just had each other on campus. We all grew up together—from 18 year olds who got lost in the subway when we first moved to New York to now 22 years olds mock-interviewing each other as we apply for our first jobs."

Robredo already has her own first job, and will be working in New York with a firm based in London, starting in September. Till then, she says she'll be relaxing a bit for the first time in years.

"I'll be going home for a few months—spend time with family, catch up with friends, and hopefully go around the Philippines if COVID restrictions permit," she said. 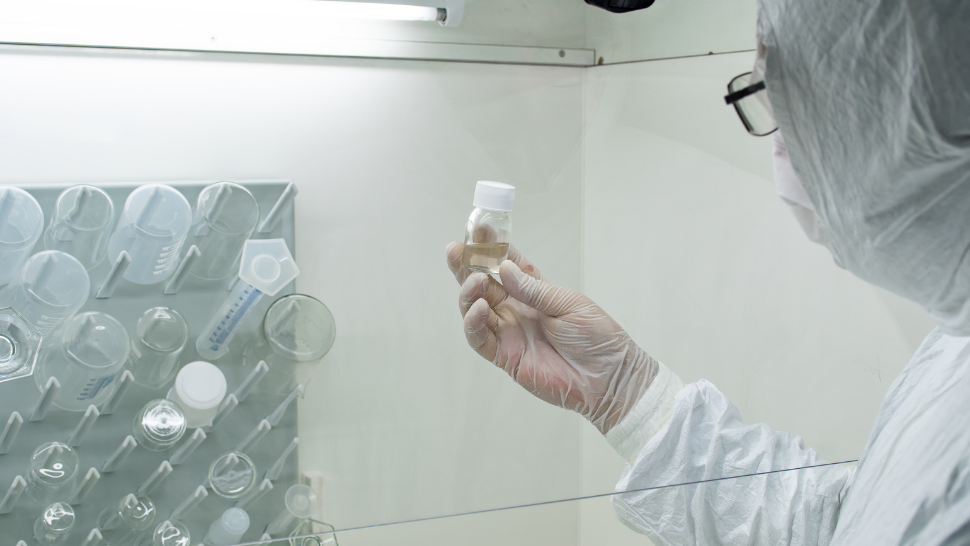 How Worried Should We Be About Monkeypox? 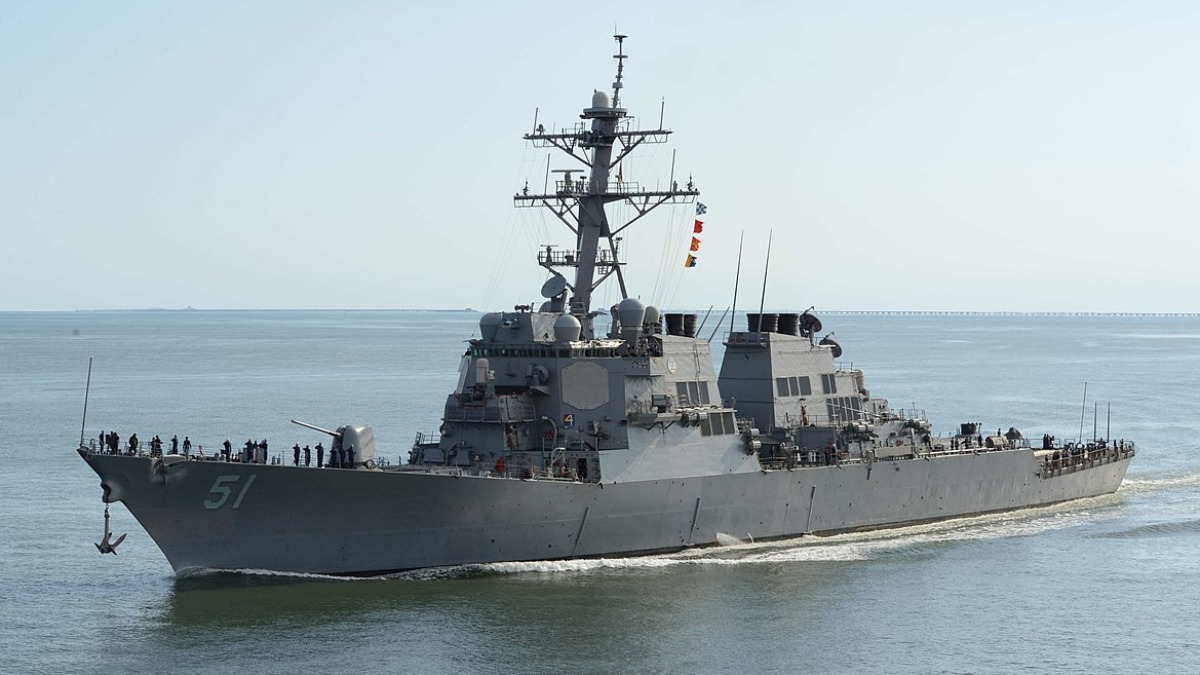 A Powerful U.S. Warship Will Be Named After a Filipino Hero
All Photos
Comments
View As List