Weirdest Moment of the U.S. Capitol Riot: A Walis Tambo Being Paraded by a Filipino Trump Supporter

Whose tita is this?

Already, headlines have been breaking day after day about a mysterious death, illegal vaccinations, a riot in the world’s supposed democratic leader, and now… a walis tambo?

In a purely surreal moment, pro-Trump rioters stormed the U.S. Capitol building while it was in session, scaling the walls, breaking windows, and vandalizing the 200-year-old building. In a series of photos, journalists managed to capture bizarre moments of the rally: someone sitting in a congressman’s desk, a man posing beside a historical statue, someone stealing House Speaker Nancy Pelosi’s podium, a man waving the confederate flag in front of a backdrop of the American flag, and the most absurd moment of the day—a Filipino proud boy (or is that a tita?) waving around a walis tambo.

Because of course, when people think protest, we think walis tambo.

Further inspection reveals that the walis tambo looks like the ones sold in Baguio, and a closer look at the plaque attached to it reveals to say:

Naturally, Filipino Twitter has a lot to say, and joke about:

What led to the riot?

Pro-Trump supporters stormed the U.S. Capitol building in Washington D.C. on the afternoon of January 6, U.S. time. While this side of the world slept, the foundations of American democracy were rocked when a Trumpist mob violently protested the U.S. runoff election results, which resulted in Democrats gaining control of the House and the Senate.

On the same day, just before the U.S. Capitol was stormed and vandalized, Donald Trump held a rally with supporters and called the election results “an egregious assault on our democracy,” urging supporters to “walk down to the Capitol. And we are going to cheer on our brave senators and congressmen and women, and we are probably not going to be cheering so much for some of them. Because you will never take back our country with weakness.” 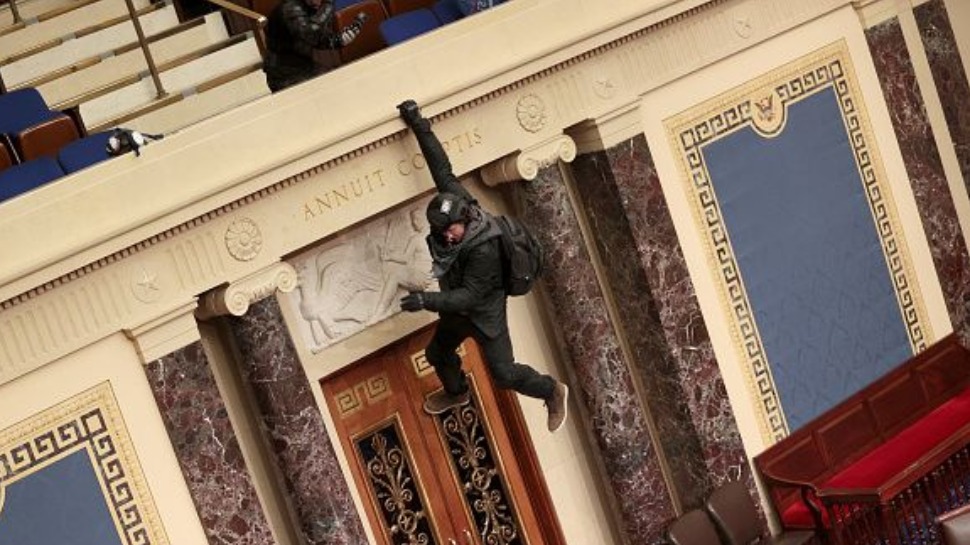 This Is America: Surreal Photos of a Trump Mob Storming the U.S. Capitol
All Photos
Comments
View As List