Badass quotes from then-mayor of Davao Rodrigo Duterte, from our equally badass interview published in March 2015. 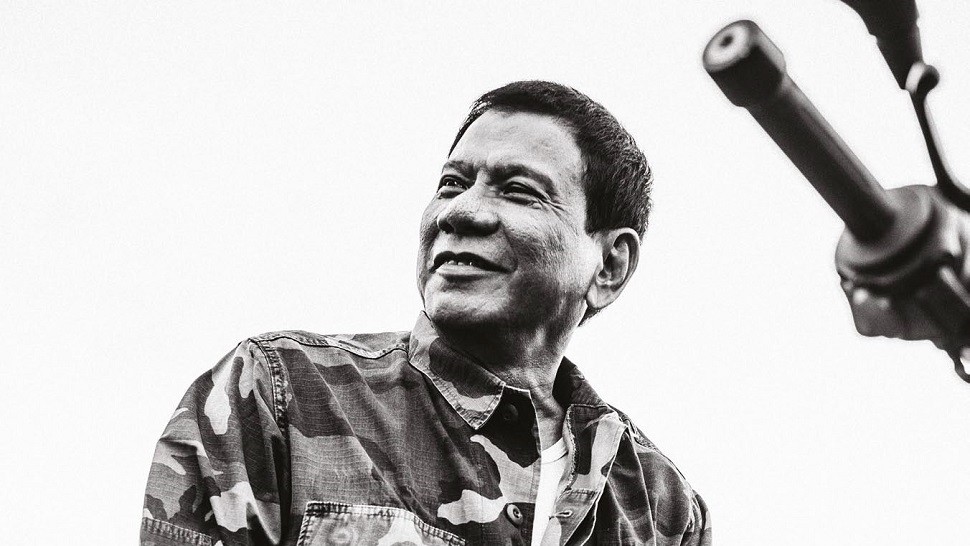 “I’m trying to promote peace in the city and I don’t think we will have this economic level that were enjoying now, if it were not for—maybe, just maybe, in my humble opinion—my threats.”

“We do admit that there were some encounters before, but we do not just do it like a man is kneeling down and then we shoot them to death…Most of them are encounters. Because people who do drugs really tend to resist justice by refusing to surrender. I mean, look at Manila. There are a lot of killings of civilians there. What about the innocent civilians? What about the kidnapped victims who are never returned to their families? Even after paying for the ransom, they just go ahead and kill them. Others maybe just hold up and kill people. It's not a matter of ‘give me your money or your life’ because nowadays they shoot you just the same. Those are the things that can never happen in this city. Whether it’s a myth or its truth, I will not, for the life of me, allow criminals to play with the lives of the people. I play with the lives of the criminals.”

“Just enforce the law. That’s what I’ve been telling people of Davao city. It’s a good day, the sun shines in the east, there’s no problem for us here, we start the day smiling. Just don’t create fucking problems, or I will go after you. And if at all I’d give you a chance to fight, I would rather you fight it out with me, because that would give me an excuse to kill you! Throw away the problem. At least one less idiot out of this world. Killing criminals is not new to me.” 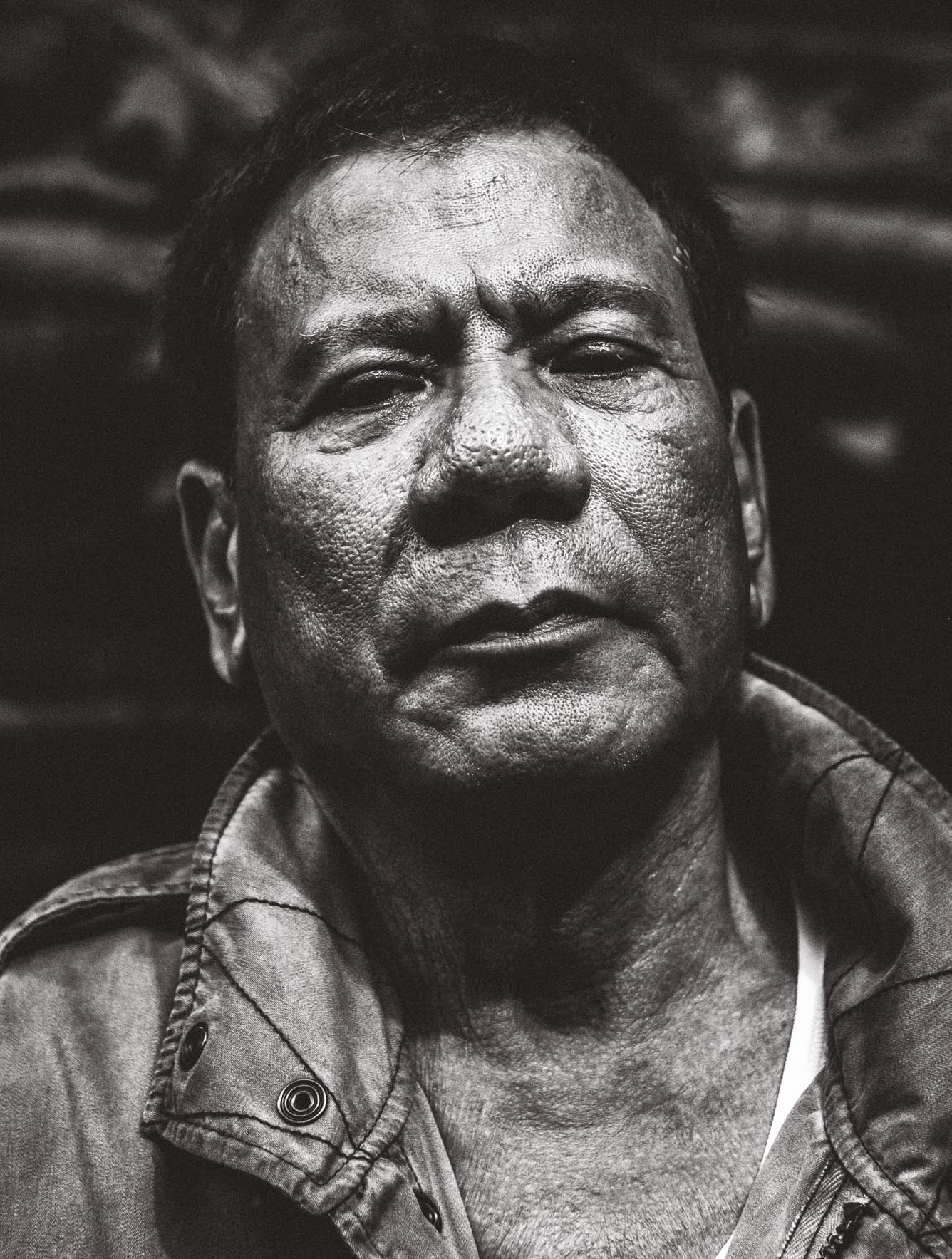 [Question: What was your first experience with killing criminals?] “The first time there was this kidnapping; I was just about three months old as a mayor in 1988. And I tried it. Guys from outside of the city kidnapped this Chinese girl, and held her hostage for about 2 months before returning her. And they had the gall to go up to the house of the victim and have dinner cooked for them. But I was waiting downstairs. So I came out, and I said ‘gobyerno kami,’ and they started to pull out their guns, so I mauled them. And I said, ‘anybody else who would like to follow, will suffer the same fate.’”

[Question: What was the most brutal thing you’ve ever done?] “Well if ‘brutal’ in the sense minus the reason, I’d say maybe four or five times, killing a man is really brutal. If it’s justified its still brutal. But if it’s not justified, then you just have to contend with karma. I have never in my life killed an innocent person.” 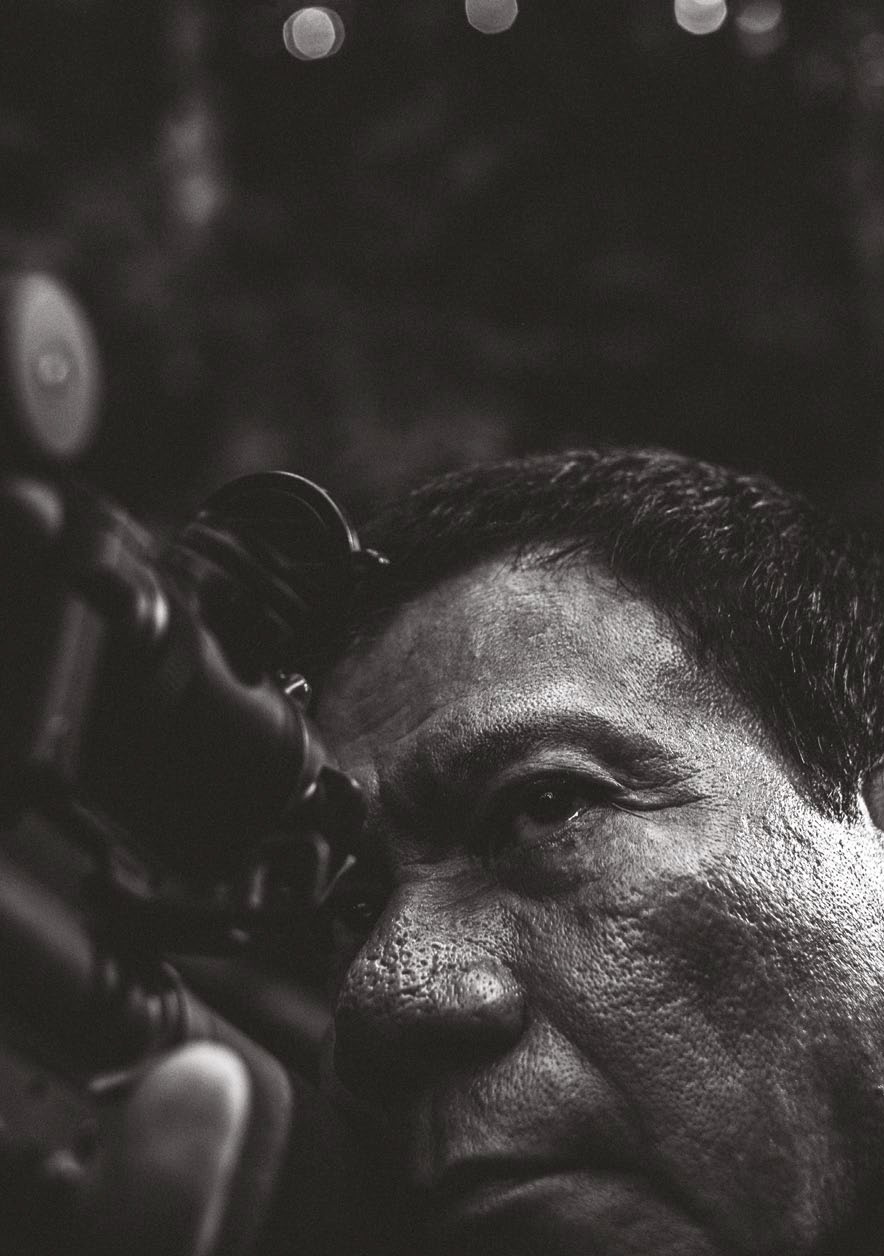 [Question: You mentioned that killing man is always a brutal thing. Do you remember the first time?] "Well, when I was young, but that was sort of a rumble. But I’m not gonna talk about it because I was 17, it was not a killing; it was a rumble. There was a tumultuous fight in the beach. We were young men then and we went to this beach and we were drinking and suddenly there was this—maybe I stabbed somebody to death…something like that.

But like I said the first time was when I went down of the house and I was already waiting for the kidnappers. And subsequently, the Pugoy incident. There was this breakout in Davao Penal colony, and I was the mayor then and I was also assigned as chairman of the Regional Peace and Order Council—I was appointed by President Aquino.

I was in church when the people whispered to me that there was a breakout in the penal colony, that’s in the north side. So I pursued the killers and in exchange for the child, because the child was brought inside the compound of the prison, but it was the aunt who was taking care of him. And in the confusion, the mother was able to get out but the aunt and the child was left inside. And so the convict brought them forcefully with transportation, and I had to pursue them up to the boundary of Davao and Agusan. And I saw the child was inconsolable because she was a nursing child, and I would say she was already in distress. And I offered them for me to take the place of the child as hostage and I was able to talk to them. Because you know their wide-bodied chief was already filled with waste and urine, and nobody was allowed by the prisoners to go out, and I said why don’t we just talk. I offered myself in exchange if they just release the child, and they did. 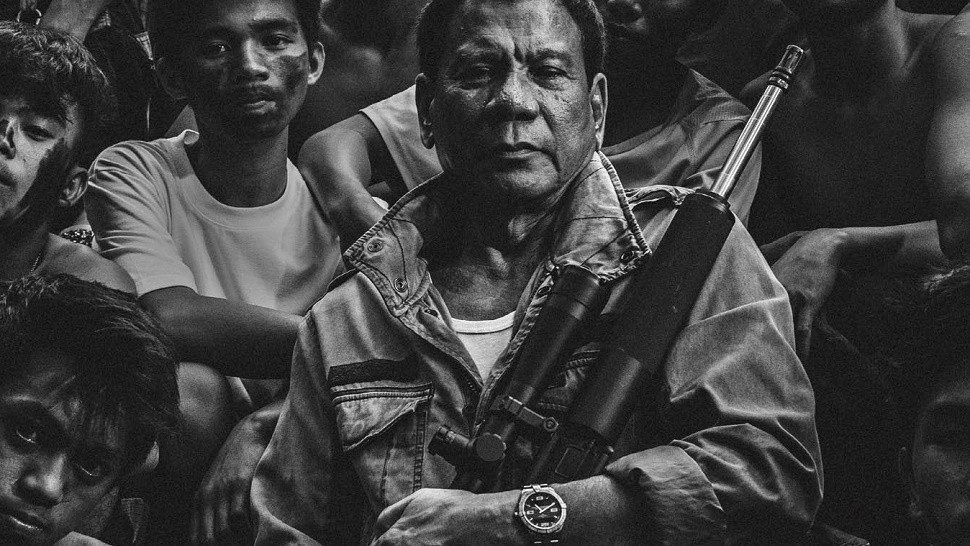 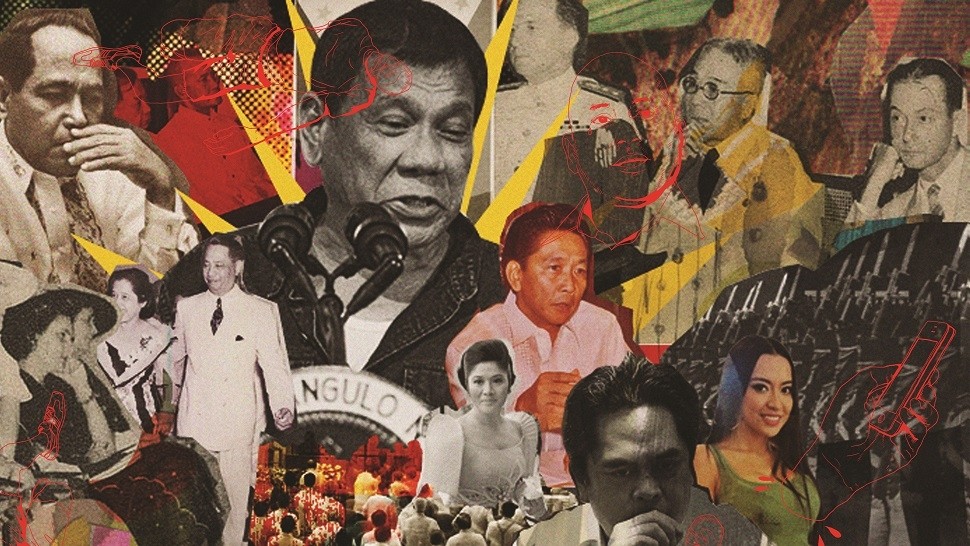 And we arrived in Davao city, we went to the City Hall, I was still a hostage in my own office. And we got to talk to Pugoy, because he was asking to speak with his mother. And he has his mother fetched from Cebu in an early morning flight. Then everything was arranged, the peace police surrendered and they were brought into another prison, this time in the city of Davao. And while they were there already in detention facing kidnapping charges, in addition to what they were serving at the penal colony—actually one of the hostage takers is a soldier. So with the familiarity, he was allowed in and out by the soldiers also. But to the horror of everybody, in one of his trips outside the compound, he got about two M-16s and one M-14 and brought it inside and started to hostage again. So we had another problem. And we were negotiating with them but they forced their way out the next morning and there was a shootout. And unfortunately, an Australian lay minister, a lady was killed. They allowed the hostages to be brought out, but they refused to surrender.

So when I saw the child, too early to die, I lost my senses. I said you lay down your arms or I will order the attack. And I was the one who have the orders to shoot to kill. And I don’t know how many shots I fired inside, but in one side of the prison, I was the one leading the policemen. And we shot them all, 16. I really don’t know how many shots I fired. I was already high with anger. Almost two nights and two days without sleep, I cannot remember—I simply blacked out. I said, I will win. And luckily we were able to minimize the casualty of the civilians to two, but I gave the orders that time.” 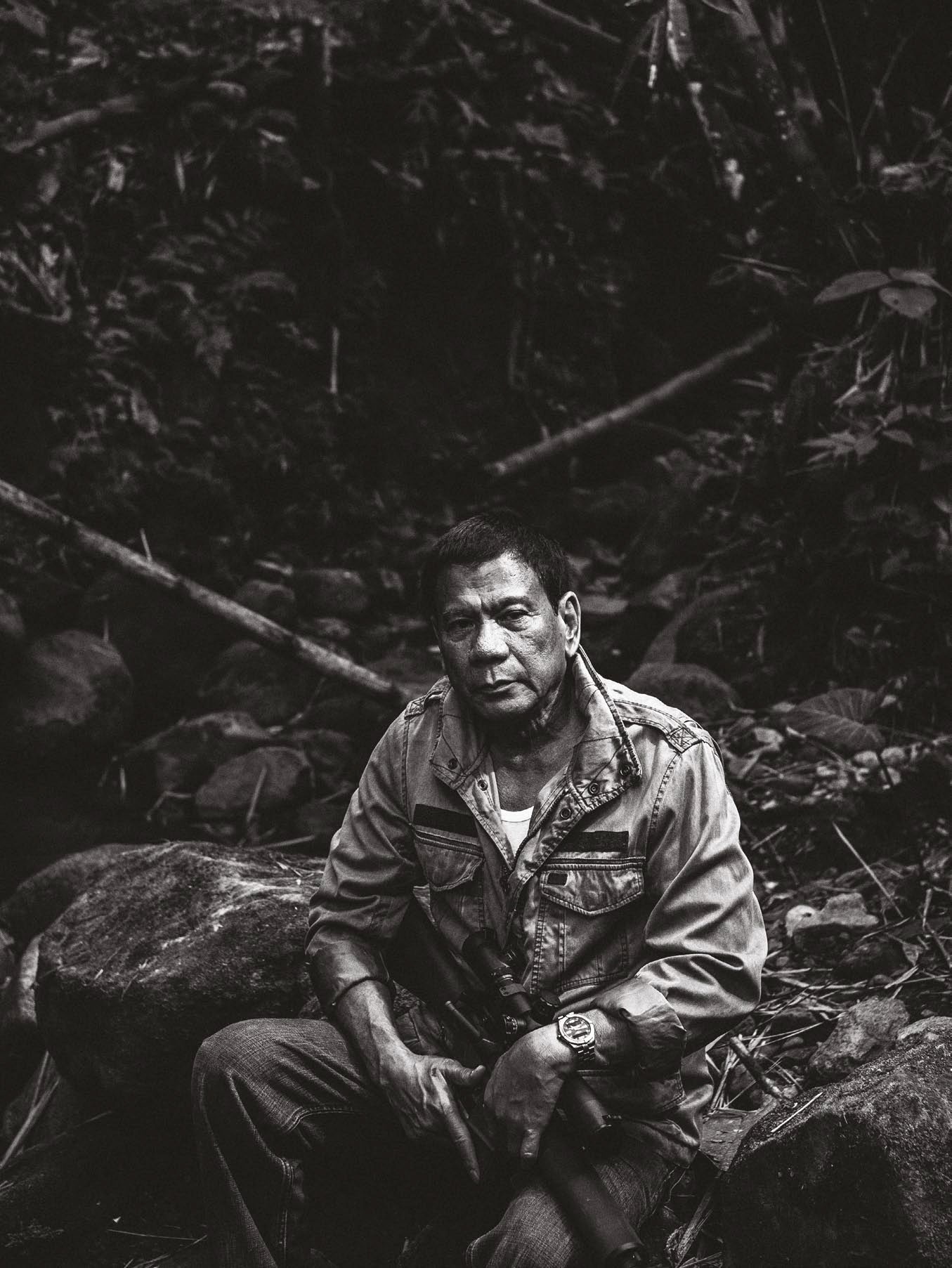 “[The death penalty is not a deterrent actually in my book it’s you pay[ing] for the crime. I do not really care if you’re deterred or not. But if you’re caught, that’s the retribution. That’s what would assuage society’s conscience actually. You rape a child, just like there in Manila, I cannot imagine why you should not also die. Because after all it’s a deterrence.

“And there are two schools of thought there, the positivist theories where you give them a chance for reformation. I tell you, for the ten years that I have been a prosecutor, I’ve yet to see a criminal really reform. Just like drugs, one year of use with shabu, you have lost the child forever. Your brain starts to lose ¼ of its original size, gone.” 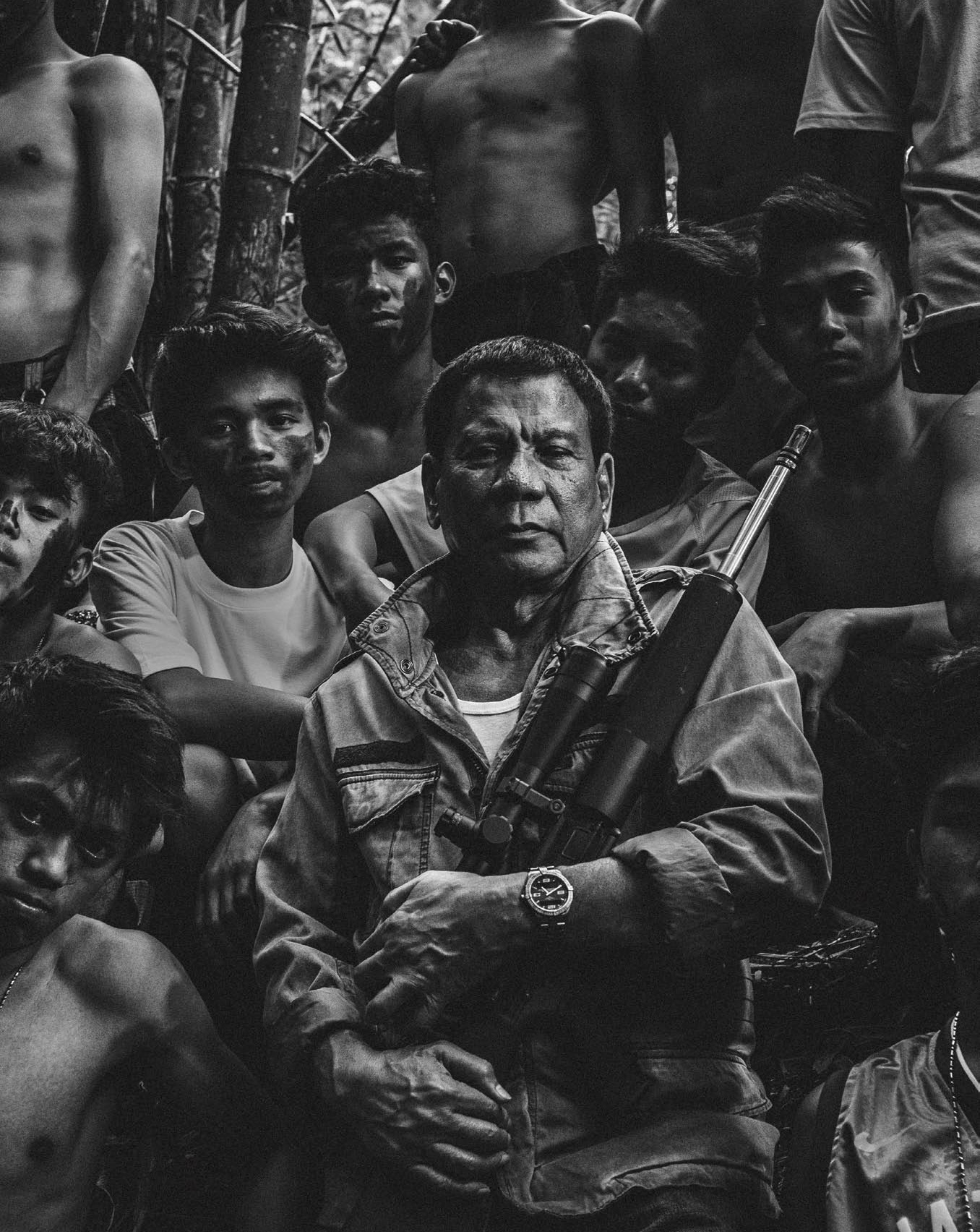 “That’s why I told every criminal, choose your [fate]. And maybe if you want a firearm also, I'll throw you one, lumaban ka na lang, para patas. Dito sa Davao I don’t believe in that shit of negotiating with a criminal. I do not believe in calling the radio stations, the TV networks, and allowing the idiot to make his last will public. I won't allow that. And if you’re a hostage taker in the city, you better kill the hostage because when I come, I will count to three. I do not negotiate. I do not call for psychologists; it’s a waste of time. If you are committing a crime in my presence holding an innocent person, I will simply shoot you. Hindi ako nagnenegotiate to call a psychologist to pick his brains. It’s a waste of time.” 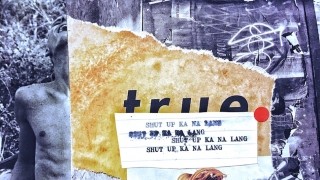 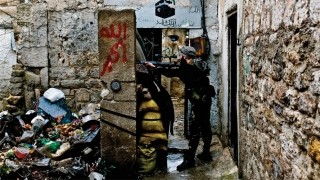 Aleppo: Scenes From A Traumatized City
All Photos
Comments
View As List