Las Vegas is a symptom of a much larger disease. 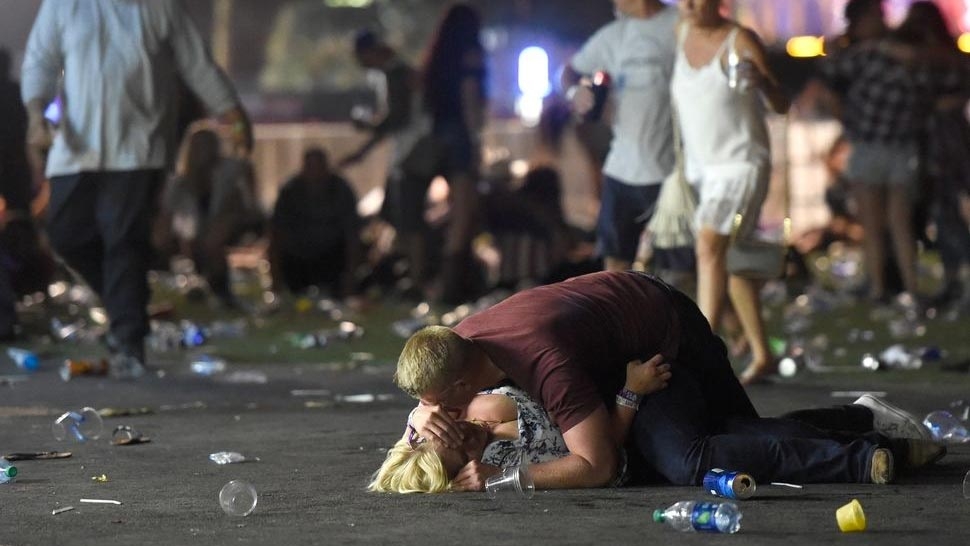 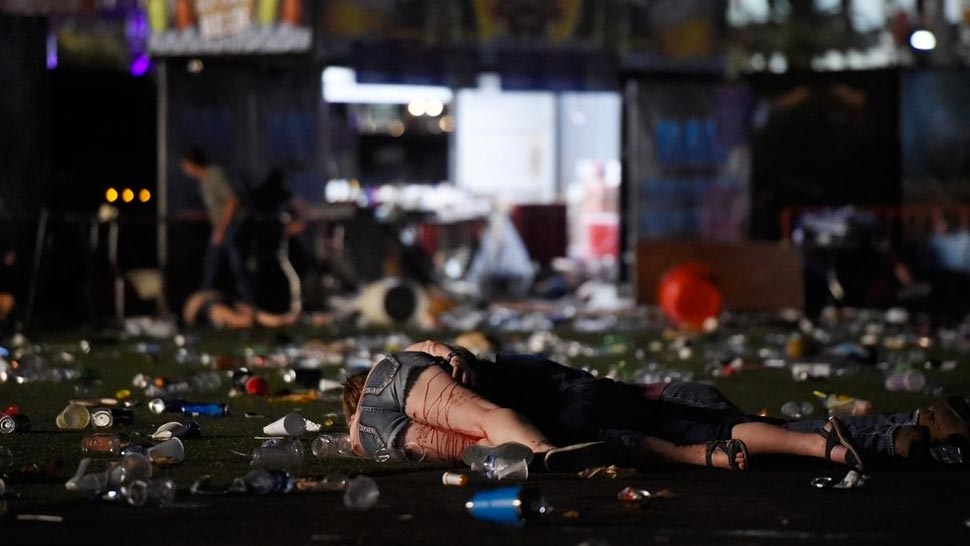 Tragedy in Las Vegas: The Photos

A mass shooting is an incident of gun violence with four or more victims, not including the shooter, a definition from the Gun Violence Archive—which also provides this data. The archive is a project that refuses to accept, as we all have, that mass violence is an inevitable feature of American life, even when it leaves six-year-old children dead on the floor in the hall of their elementary school. Even when it leaves nearly 60 dead and more than 500 injured because they chose the wrong night to go to a country music concert. Because we have accepted it, we know it will happen again.

To be an American in 2017 is to know that each time you venture outside your house—to a concert, to school, to a movie theater, to a mall—you have a better chance than the citizen of any other country in the developed world of being cut down in a hail of bullets by a complete and total stranger with easy access to incredibly powerful weaponry. After all, there have been more than 1,500 mass shootings since Sandy Hook.

Of course, mass shootings are just one part of the national bloodletting, the sacrifice for freedom. They captivate for myriad reasons: the scale of the destruction; the demonstration of humanity's bottomless capacity for cruelty; the impersonal, visceral anger on the part of the shooter that can lead some to mistake what happened for a "senseless tragedy."

It was the 11th mass shooting that week, since the previous Sunday, when there were four. There were two more that Saturday.

The tragedy is only senseless if you cannot face the fact that we have designed the moral, political, and legal framework in which these acts are perpetrated. We have crafted the laws so insufficiently governing the ownership of firearms, or stood idly by as they were gradually carved up with loopholes. We have allowed the conversation to be dominated by people who seem to have truly convinced themselves that Jefferson and Madison had AR-15s in mind when they drew up that famous passage in the Bill of Rights. We have given undue credence to a view that holds that a document that contains explicit instructions on how to amend it can never be changed.

It is this attitude that abets the thousands of smaller tragedies each month, too. Mass shootings, for all their grotesque appeal, make up a small percentage of the gun violence epidemic that has plagued this country for decades. In the same last nine months that saw 273 mass shootings, 11,572 human beings have been killed by guns on U.S. soil. 23,365 have been injured by firearms. The Gun Violence Archive's database of all gun incidents is a sight to behold: The results for October 1, the date of the Las Vegas horror, take up nearly 3 pages of 25 results each. This is actually a drop from Saturday: on September 30, there were 108 incidents of gun violence in America.

The archive has many uses. Some functions are themselves capable of laying bare just how horrific the problem has become, just how monstrous our indifference to the unfolding human tragedy around us can be. For instance, you can filter it to just see incidents where children were killed or injured by firearms. Two American children were killed by guns this weekend. Another was injured. In the last month, there have been 54 incidents involving children. 29 people died.

You can also filter to show incidents involving teenagers. There were 11 last weekend, which left five dead and 12 injured. Two incidents, including Las Vegas, saw police officers injured or killed this past weekend. And two-thirds of gun deaths are suicides, the silent killer in this epidemic that takes people away, often from their own homes. The home can be a dangerous place: More than half of the women murdered in this country are killed by an intimate partner. More than half of those homicides involved a firearm.

Like cancer, this is an illness that reaches all of us. It does not discriminate, which is one reason mass shootings shake us so fundamentally. It is a reminder that this is a fate that could await any of us, if we're at the wrong concert or we live with the wrong partner. If ever you needed evidence of that, the archive's map of all incidents at the ends of firearms so far this year ought to drive home just how grotesquely quotidian and ubiquitous firearm death and injury is:

The good thing is that not all statistics are on the side of relentless death. There is a strong constituency for more reasonable firearms controls in this country, one which grants that ownership is a right—and a very necessary one in some parts of the country—but which incorporates the very sane principle that these rights, like any others, are not unlimited or boundless when they infringe on the rights of others. As The New York Times explored in detail, there is strong support for:

There's less conclusive—but still majority—support for an assault weapons ban, a high-capacity magazine ban, and a semiautomatic weapons ban. If the people who support these initiatives refuse to accept an America without them, we could have them. For now, we've accepted one without them, but with all the blood and human misery that assume their place. Because it isn't just Las Vegas or Orlando. It isn't even just mass shootings. It is something close to everywhere and always—until it isn't. 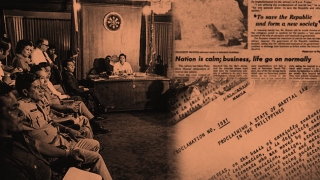 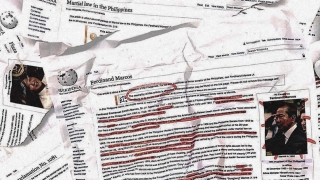