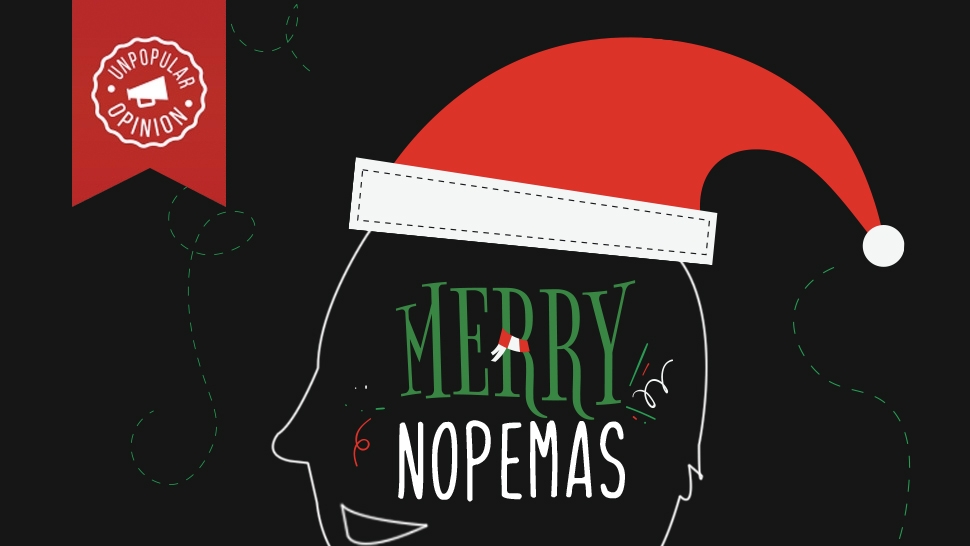 Who hates Christmas? Atheists, you might wonder? Absolutely not. I'm an atheist, and like most Filipinos, we share disdain for the excessive materialism and traffic that comes with Christmas in many parts of the world. But I also love the opportunity to end the year and begin the new one with merriment, and I embrace the opportunity to let friends and family members know that I care for them.

I think it’s wonderful that, in the Philippines, we have so much emphasis on getting together in December, and I love it that many friends from abroad come home during this time. And now that I have children of school age, I appreciate their holidays and the extra time I get to spend with them. Plus weather-wise, December to February is my favorite season in our country.

Life is short, and the world cruel enough that any given occasion might be the last time you see a particular person.

Yes, it was not always so. I did go through a phase of hating Christmas during the period that I was struggling with my religion. The catalyst for the struggle was the Catholic church’s stance on homosexuality. It took a while for me to accept who I was, and the biggest challenge was being taught from an early age that people like me were going to hell. Lucky for me, I could pass for straight, so no priest, teacher, or parent made the accusation to my face, but I could see unfortunate schoolmates of mine who took the brunt of it. Ultimately, it was easier for me to change religion than to change my sexuality, and that impetus made me realize that many other things in the religion I was born into did not make sense, and did not help in making the world a fairer place.

It was annoying when I was struggling with all that to be reminded—even more so in the 'Ber months—how much religion is intertwined to life in the Philippines. Even the decor angered me: It seemed so unfair that the government or public corporations, which are meant to serve people of all walks of life, spent so much money on unnecessary decorations. And that a good chunk of these decorations were not kept year after year, adding to the garbage that we must landfill or that unintentionally ends up in the sea. (We consume more glitter during Christmas than any other time, and do you know where some of that glitter ends up? Back in our tummies—after we eat the fish and shrimp and clams and oysters that load up on all the plastic and foil microparticles that we dump in the ocean. That is still very much a concern now.) It was even more painful that all this came from the country's dominant religion, which was also determined to treat me as a second-class citizen. I have always believed that individuals have the right to practice whatever religion they choose, but back then it all seemed too much.

I can’t think of another holiday with religious roots that attempts to be as inclusive.

But I learned to chill out, and once that happened, I could appreciate that the season causes many people around us much joy, and I could choose to participate in that joy. Life is short, and the world cruel enough that any given occasion might be the last time you see a particular person. I’m at the age when my friends are losing their parents. I’m even losing some of my friends. Last June, I had to bury my brother. And so the multiple parties we have in December really are a fantastic opportunity to let those around you know how much of an impact they have had in your life. So yes, I go out of my way to attend what gatherings I can. And I do have to remind myself to keep my cellphone in my pocket, because I can be just as guilty of zoning off during a lull in the conversation. I can always get up, and start a new conversation with someone else if I’m really not enjoying the one going on in front of me.

I’m also not personally a huge fan of all the generic gifts that go around for Christmas, but I do appreciate the sentiment. I have one friend, for example, who always gives the people he likes leche flan made by his driver’s family. I appreciate that he thinks enough of me to include me in his gift giving list. And I appreciate that he supports the venture of one of his employees to make good money for his family. I don’t actually like leche flan, but I acknowledge his gift with gratitude. And the years that I get around to giving gifts, of course I’ll add him to my list. But I was much happier when I chanced upon a self-help book in the bookstore one year that dealt with a particularly difficult challenge he had at that point in his life—finding the perfect gift for someone is an absolute joy in an of itself. And Christmas expands the opportunities for those discoveries. And some generic gifts I do find quite useful. Carewell, an organization that serves people and their families dealing with cancer, which has a track record of making pretty good generic gifts, this year is selling folding canvas bags to replace shopping bags for the grocery. That’s a theme that’s been around for a while, but it really blends well with the idea of limiting the plastic garbage problem that this season exacerbates. In the past, I have received tea sets, pancake batter, jams from people that support them and give their gifts to me. Come to think of it, maybe I’ll contact them and see if I can join that bandwagon.

And then there is Santa Claus. My twins are now five years old, and are very much in the age when they await a gift from Santa Claus, but at the same time might begin to suspect that something is up. When I had a naming ceremony for them—my equivalent of a baptism—one of the promises I made to them was that I would never lie to them. It’s a challenging promise, as I have learned over the years, because sometimes a lie is easier and faster than the complex truth that children may have a hard time understanding. So I have never personally promoted Santa Claus. But I have allowed everyone else to promote Santa Claus to them, and my parents give them multiple gifts under Santa Claus’s name. And here’s the thing with that. I see Santa Claus like a potential vaccine for God. Every child realizes at some point that Santa Claus is made up. My children have already asked me if Santa Claus is real. I tell them currently that he is as real as Thor or Jesus Christ. So let’s see where that goes in a few years.

And as a non-Christian, I do feel the efforts of many to make Christmas more friendly. I’m in the same boat as the Muslims, Buddhists, Hindus, Jews, and other non-majority religion practicing Filipinos and global citizens here. There are a fair number of non-religious Christmas songs. I can’t think of another holiday with religious roots that attempts to be as inclusive. Maybe Diwali, though as I'm not living in a country that celebrates that, maybe I’m missing out. I wonder if Ramadan brings special stress to a Christian in a Muslim country. Can’t say. But there is much opportunity for us to choose to enjoy the season.

It’s amusing to see the few thin-skinned older conservatives lose their head over “the war on Christmas.” Which brings us back to J.P. Sears’s funny quote. Only those who are not happy would take offense at being greeted Happy Holidays, just as only those who choose not to be merry would take offense at receiving a Merry Christmas. The non-religious remain a minority in our country. And lump us together with those who are not Christian, and we are still a numerical minority in this country. We have the choice to be bitter about it and whine that we need more secularism, that we deserve equal holidays, blah, blah, blah. We do some of that every part of the year anyway. Me, I choose to enjoy myself, and end the year with a bang. (Though don’t get me started on the noise and air pollution that our addiction to fireworks bring about.) Merry Christmas and Happy Holidays. 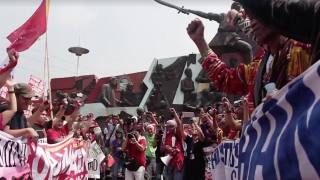 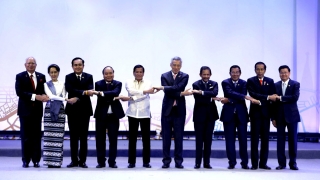 Bromances, Selfies, and Elephants: The Hits and Misses of ASEAN 2017
All Photos
Comments
View As List