We don't know how to talk about the issues, and maybe that's why things don't change. 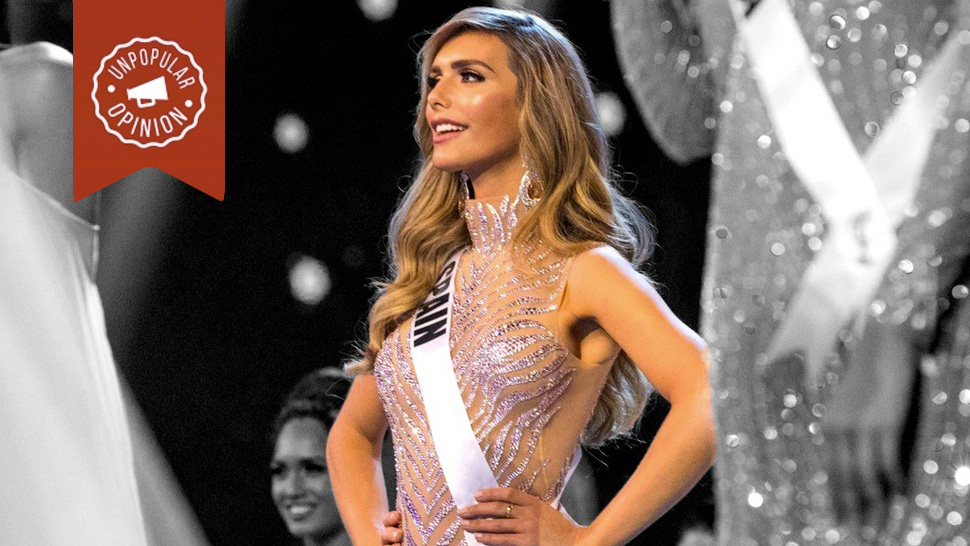 It wasn't always possible for Angela Ponce, Spain's candidate for Miss Universe, to have been in the competition. Contrary to popular belief, there really did use to be a rule prohibiting transgendered women from even joining the pageant: Until 2012, the Miss Universe rules required that all contestants be “naturally born female.”

That changed when Jenna Talackova, a candidate for Miss Canada, was booted out of the pageant for being a transgendered woman. Instead of folding, Talackova legally challenged the Miss Universe Organization—including Donald Trump, who then owned the organization—arguing that her exclusion was a form of discrimination based on gender identity. Before the case could reach the courts, Miss Universe reversed its decision, and allowed Talackova to compete for the title of Miss Canada.

She didn't make it to the final selection, but Talackova's challenge paved the way for Angela Ponce's historic presence at this year's Miss Universe pageant.

The point is that the rules had to change, and they did. This is how progress comes about, after all: As the human race bumps its head against the limits of its understanding, someone, somewhere will challenge the rules—and we will all have to grapple with some very difficult and complex questions. Sometimes it's something as small as a pageant rule in a national competition; sometimes it's about something larger: same-sex marriage, say, or women's right to vote—neither of which was guaranteed everywhere in the world at the beginning of the 20th century, nor even in the 21st. The rules changed. The laws changed. Society changed. Not everywhere, but it'll get there.

It's no surprise that Angela Ponce's participation at this year's Miss Universe pageant elicited equal amounts of admiration and bile. To ask that everyone be uniformly accepting of the pageant's first trans woman candidate is to ask for too much, especially of a country where the conversation about equality—not to mention human rights—is laggard.

Look at these comment threads spawned by posts from media outlets reporting on yesterday's pageant:

Again, that there is a lot of skepticism—to put it very mildly—regarding Angela Ponce's presence at the pageant is no surprise. But it is dismaying, especially to observe how many comments come from Filipinos. It's not just ungracious, coming from the winning country, but it's deeply disappointing and alarming to see how many commenters come from the very people who should understand what it's like to be marginalized and excluded: women and members of the gay community.

Look into the tweet history of some of these commenters, and you'll find that a good number of them will also have supported diversity and equality elsewhere. Just not for this one.

For example: Among the most puzzling comments on the issue is one from a woman whose pinned tweet speaks of the discrimination she's had to fight as a dark-skinned, mixed-race model. There is no awareness at all of the obvious contradiction here—that you can't argue for inclusion and diversity while agressively dismissing the situation of those who are asking for the very same things based on gender. But this opinion exists in the Filipino Twitterverse, where it has gained its share of support.

What is really disheartening and alarming is not just the opinion itself, nor the thousands more like it, but the approach to the question. Nowhere is there the necessary dialogue that precedes all change; the openness just isn't there. There is no curiosity, no evidence of a willingness to engage in the hashing out of the many nuances of the topic. It's okay to disagree on whether a trans woman should be allowed to compete in a beauty pageant, but first we must learn how to disagree and have real dialogue—and this means having a genuine curiosity about the other side of the argument, and an openness to changing one's mind. To enter a dialogue with the goal of never moving one's ground isn't real participation. Or, to borrow a line from Monty Python: An argument isn't just contradiction.

Admittedly, it's not just Miss Spain's detractors who may be guilty of this lack of nuance and engagement. Even her supporters are capable of the same dismissiveness and cruelty. Maybe it's the language of social media that makes real debate impossible, because this is a game where the wittiest, most quotable soundbites win, and to hell to the hard work of complex conversation. Especially where blocking disagreement is but the work of one click, we might be able to go through life never have to engage in any real dialogue.

That's a real shame for all of us, because this lack of conversation cuts us off from progress. Without real dialogue, there is no impetus for change on any of the major issues that affect us. If we don't know how to talk to one another, we only live our own lives and have neither knowledge nor compassion for other people; and that makes our experience very small indeed. It's a dangerous solipsism that teaches us not to look beyond our own noses, and not to ask for anything that could possibly make our lives bigger, better. Without conversation, we only know how to argue to keep things as they are.

But, like it or not, things will change. Angela Ponce was right when she said that she only needed to be there, because she has forced the question on everyone, even on those unwilling or unable to participate in real dialogue. In just forcing us to consider the question, we get to practice, however clumsily and reluctantly, how it is to engage with an issue. This is ultimately what pioneers do: They force us to reconsider the limits of our understanding, and the limits of our abilities.

You know what’s louder than the online bullying and violence hurled against Miss Spain, the first trans Miss Universe candidate?

It’s the earth-shattering noise created by the glass ceiling she broke. Others might get the crown & other prizes, but Miss Spain, she gets the sky. 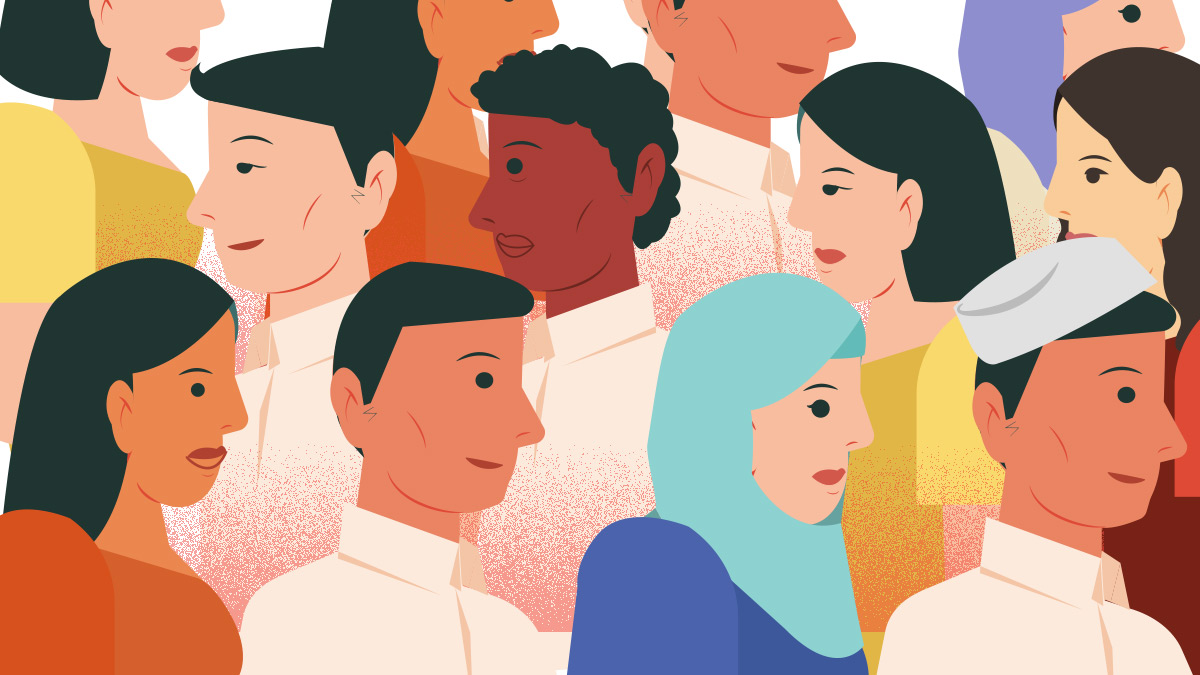 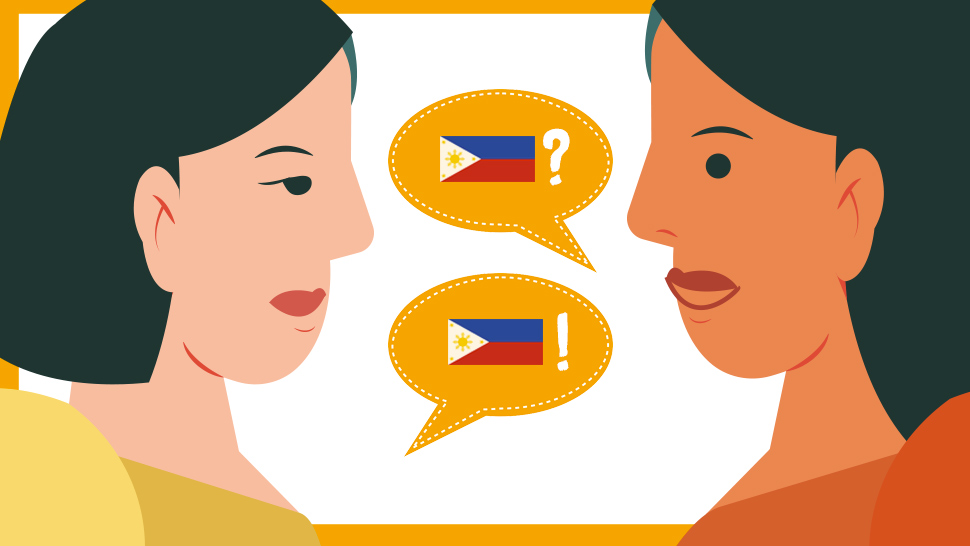 Why Do We Have to Defend Ourselves Against Racism in the First Place?
All Photos
Comments
View As List