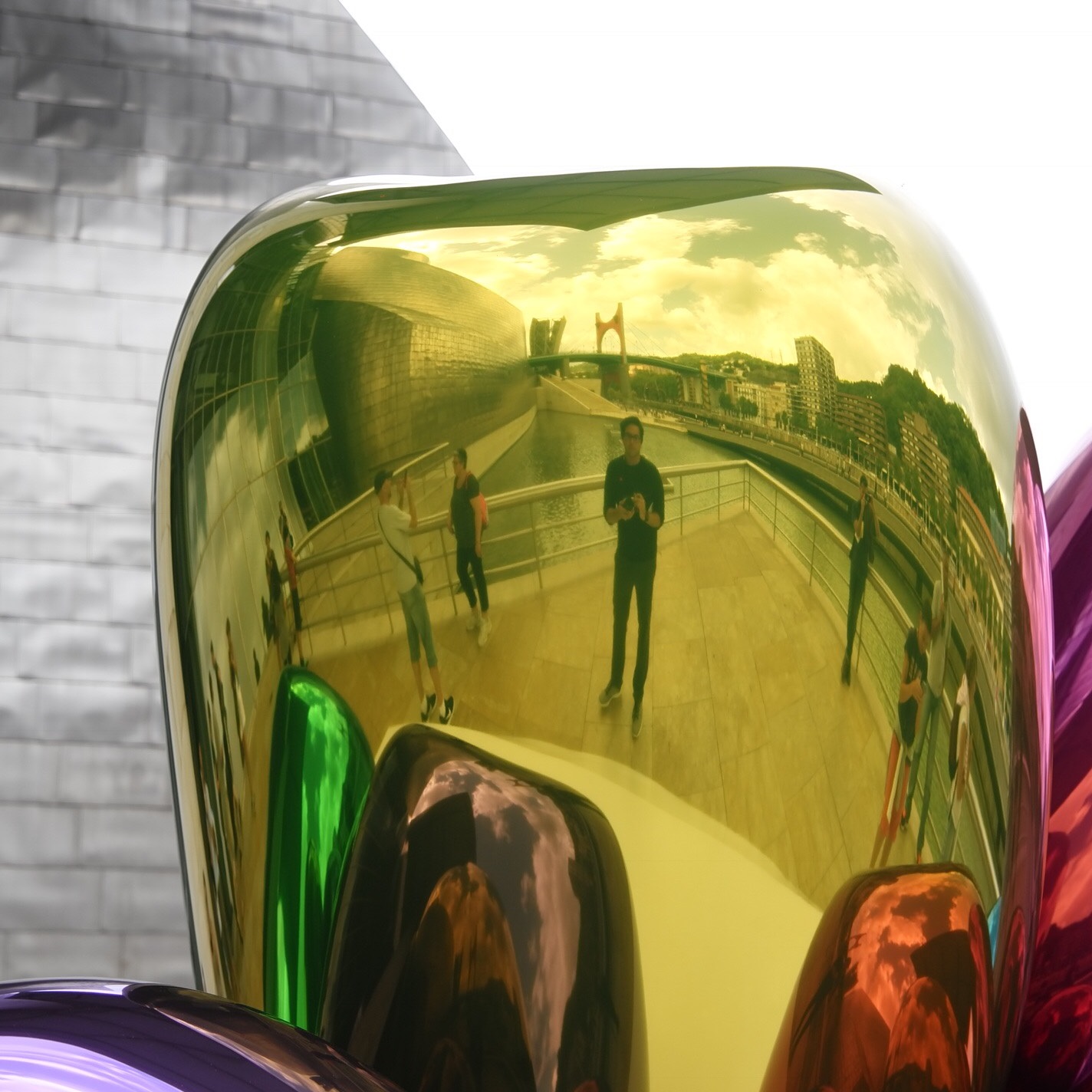 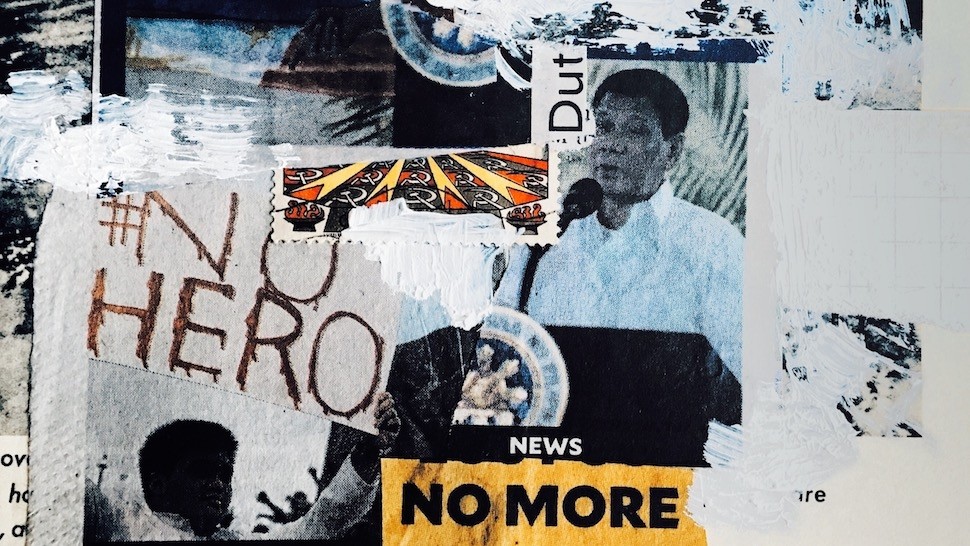 Can the United States be considered the leader of the free world, when their new president does not share the long-touted message of the United States of global engagement and openness? That was a question recently raised in the opinion page of the Wall Street Journal. Soul-searching think pieces are par for the course post-any upheaval; what more of the magnitude America just felt?

Of course, the Philippines has been faced with similar existential questions of their own in the wake of President Rodrigo Duterte’s resounding win in May: namely centering on our relationship with liberal democratic concepts such as human rights, equal protection under the law, and (whenever President Duterte starts musing about Martial Law) democracy as we know it. These are concepts that the West with their allies in the East have worked to embed in our global political system. Whether the West has lived up to the ideals that they often like to brandish at smaller nations is another matter, but broadly speaking the post-World War II global scene has seen a seventy-year march towards seeding these liberal democratic values and mores throughout, with the end goal of economic integration and global equality. We can see how this strategy informed the United States' relationship with China: slowly open them up to the world through the gradual introduction of liberal ideas and concepts. Cultural and social exchanges. Economic integration in to global markets. All the while trying to hedge their expansionist tendencies, while preparing them to take a broader leadership role within the Asian region and globally.

Whether the West has lived up to the ideals that they often like to brandish at smaller nations is another matter.

While China was on the road to opening up—witness the 2008 Olympics and its purposeful reintroduction of China to the world—recent years have seen the country shifting back to an isolationist position: Closing borders, limiting their citizens' contact with the world at large through censorship, taking a more active and aggressive military posture within Southeast Asia. Now, the United States itself, once the self-styled leader of the free world and general beacon for democracy, seems to be signaling a return to their isolationist tendencies and a restructuring of American Exceptionalism, built on calibrated military interventions and "supremacist” ideology and talking points. Within the context of the Philippines early 20th-Century colonial relationship with the United States, this should sound worryingly familiar.

A sort of national and global existentialism among proponents of liberal democracy has become stock-in-trade with how 2016 has unfolded: from Brexit (and the continued rise of ultra-conservative right-wing elements in Europe) to Donald Trump ascending to even the specter of Marine Le Pen as President in France. The grand American and Western experiment in promoting global engagement, free trade, and the free flow of ideas and people is now looking perilously close to the end. President-elect Trump essentially ran on a campaign that rejected the United States continual central role in world affairs. He has promised to turn America great again through walking back to what has made the United States such a force around the world: security alliances, trade agreements, and a push for democratic ideals. Trump’s own rhetoric on the campaign trail denouncing America’s propensity for lecturing others about human rights and democracy; something that our own President Duterte has railed against. And, frankly, there is some truth to accusations of hypocrisy on the part of the United States. Be that as it may, the withdrawal of the United States from defending these spaces does provide anti-democratic, aggressively expansionary states opportunities to pursue their own interests. Again, the nascent pro-disengagement and anti-immigration developments in the United States, coupled with President Duterte’s declarations that he is “Chinese” and is aligned with their ‘ideological flow,’ and seeks to partner with Russia, should raise eyebrows locally when considering our history.

On the other hand, if the United States does disengage from the world stage by abrogating its security and trade agreements in a misguided attempt to make America great again by strong-arming their allies into further economic concessions, the Philippines may be left without the unequivocal backing of its only treaty partner and one of the major hedges against China’s expansionist tendencies. Based on shared personal ideology, President Duterte seems to see natural allies in China and Russia to replace the United States as our central foreign ally, but in terms of shared national values and interests, regional neighbors like the ASEAN bloc and Japan (or potential trade allies like the European Union) may be better fits. President Duterte’s administration’s rhetorical shift towards ASEAN and Japan (along with our pursuit of stronger free trade agreements with the EU) are excellent steps in that direction. President Duterte’s continued affinity for China, though somewhat held in check post-meeting with Prime Minister Abe of Japan, still bear watching.

A reformatting of the world order, built around nativism, isolationism, and cultural and social supremacy masquerading as exceptionalism, would be a stunning reversal of the last seventy years.

Our history should aptly demonstrate how we easily we can be undone during upheavals in the global order. We are a country that has born the brunt of being colonized thrice over in a system that valued economic and military right and might over equity and equality among nations, a shift in global political winds that hints at a return to that sort of system should give us pause. Moments, such as our win in The Hague, showed that, as imperfect as it may be, our current system was slowly moving towards creating spaces where industrial giants stand on equal footing with less expansive nation-states. That system is now looking weakened. What Russia has done with the Ukraine and China’s move into our own territorial waters with impunity should be warning notes. Our appeasement stance towards China may be a short-term solution that has helped reduce tensions, but could be problematic for our territorial (sovereign?) integrity in the medium term.

Post-World War I, the United States disengaged from the world at large, exhausted after The Great War. Similarly, the America has exhausted itself with the War on Terror and the invasions of two countries. Can the world afford for the United States to withdraw from the ideological stage now? For countries like the Philippines, ones that have been swept up in global winds of change, often without our volition, developments should be worrisome. A reformatting of the world order, built around nativism, isolationism, and cultural and social supremacy masquerading as exceptionalism, would be a stunning reversal of the last seventy years. More to the point, it would not only be a dangerous development for us, but something that we must consider as we reconfigure our foreign policy and regional relationships.

President Duterte seems to see natural allies in China and Russia to replace the United States as our central foreign ally, but in terms of shared national values and interests, regional neighbors like the ASEAN bloc and Japan (or potential trade allies like the European Union) may be better fits.

The steps from liberal to illiberal democracy were always a few: The tyranny of the majority has long been a fear, especially when that majority, stoked by inchoate anger towards a seemingly hostile world, turns inward, before next looking outward. One of the miscalculations of proponents of liberalism was the extent to which vast swathes of society would eventually respond. From a broader perspective, a response such as this eventually should have been expected. There are, not necessarily cycles in history, but some patterns that can be gleaned. The last 70 years have been about expanding, pushing the concepts of open borders and globalization, with only superficial due consideration given to rising concerns and subsequent anger of the self-identified ’disenfranchised’ and democratically disenchanted within Western nations. The more complex the world became, the more changes were seemingly wrought at their expense, the more they seemed out of touch with their country, the more disenchanted and angry they became. If anything, this sort of global setback is an important moments for liberalism: It is time to not only reconsider and take stock of how we have been pursuing globalization and the infusion of liberal democratic ideals globally, but also how we are going to defend these values. Outgoing President Barack Obama directly touched on this during a recent speech in Greece. His joint statement with German Chancellor Angela Merkel spoke to this directly: preserving the rule of law. Cooperation among nations; built on and based around shared values centered on human dignity and human rights.

While elements of the United States and the West are currently in soul-searching mode, others are ecstatic over the developments. That tension is part of what they are grappling with. A world that is shifting away from liberal democracy to illiberalism must be a concern for nations that still bear the marks of their colonial past. Our colonial and post-colonial struggle is clearly defined by a demand for the respect of our human dignity, our national rights and sovereignty, our humanity. President Obama and Chancellor Merkel speak about human dignity and the rule of law from the vantage of power, historically and currently. But, no matter the purity of their intentions, on a national level they are still blinded by the privilege that being a former empire provides. While President Obama on a personal and ‘racial’ level can speak eloquently on the iniquities of a historical system that saw gross exploitation as pathways to power and profit, it is the post-colonial world that can speak most passionately about those iniquities and the dangers of returning to nativist, jingoistic thinking. Our perspective is far different, importantly so, because we were victimized and, arguably, continue to be victimized. And in the changing world, where countries like ours have long been those most harmed by global upheavals, it is important that we begin to speak in support of fundamental human rights, in defense of the rule of law, and for legitimate transnational cooperation in defense of human dignity and sovereign respect and mutually beneficial development. Liberalism and globalization was conceived to ensure that nations and peoples could never be subjugated and instead, no matter their relative size or strength, have their own voice on the world stage. Whether it has achieved this end is debatable, whether post-colonial nations are supported and not victimized is arguable. But, the world is at a crossroads and there is opportunity to reconsider and rework how we approach globalization, if we choose to seize it.

About The Author
Nik de Ynchausti
Nik Skalomenos de Ynchausti splits his time between the business world and the non-profit world. When he has the opportunity to write, he focuses on the intersection between Philippine politics, culture, history, and identity.
View Other Articles From Nik
Get The Latest Updates From Esquire!
Subscribe to our newsletter!
Latest Feed
Load More Articles
Esquire Money 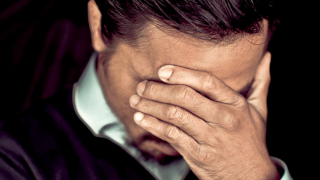 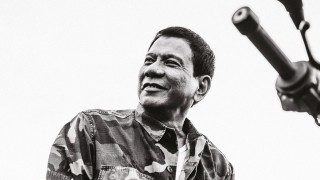