Self Edge's Kiya Babzani sheds some light on what makes it a cut above the rest. 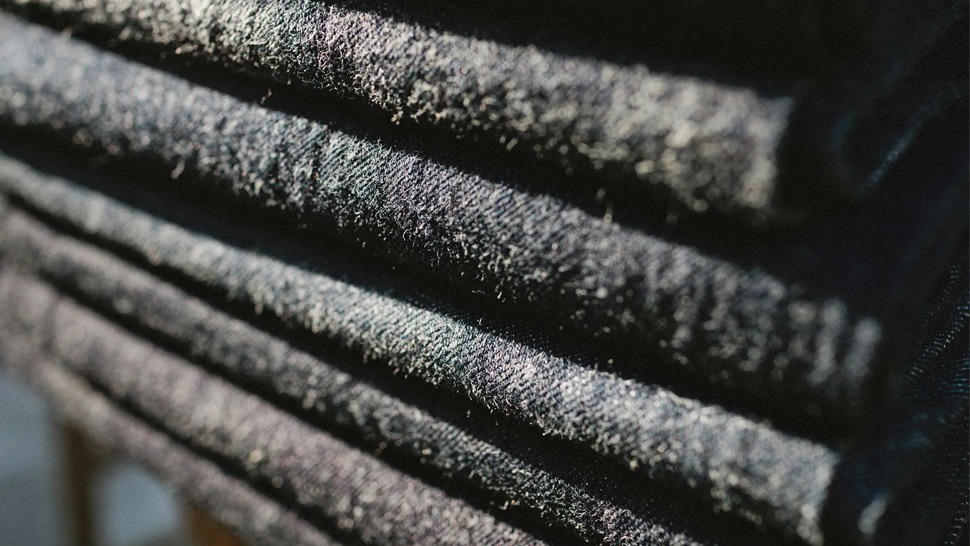 For anyone who knows (and cares) about high-quality denim, Japan is basically the holy land. Nowhere else in the world is denim produced with such fine attention to detail. "It has a massive amount of character," says Kiya Babzani, owner of Self Edge, a shop that specializes in Japanese denim, and one of the foremost experts on the subject in the U.S. "It's very different than other denim. The shape, texture, how the dye has penetrated the cotton fibers, you can tell all that right when you see it." For many, Japanese denim is more a work of art than an article of clothing, so we asked Babazani to shed some light on what exactly it is that makes Japanese denim so special?

First and foremost, it's important to understand that vintage denim plays an outsized role in Japanese denim. This is primarily because Japan's introduction to denim came courtesy of the American occupation after World War II, when American G.I.s would sell their old pairs of Levis on the underground market. This gave the Japanese the viewpoint that aged and worn is the proper state for a pair of jeans to be in. Raw denim is little more than a starting point—a philosophy that has continued right on through to today. 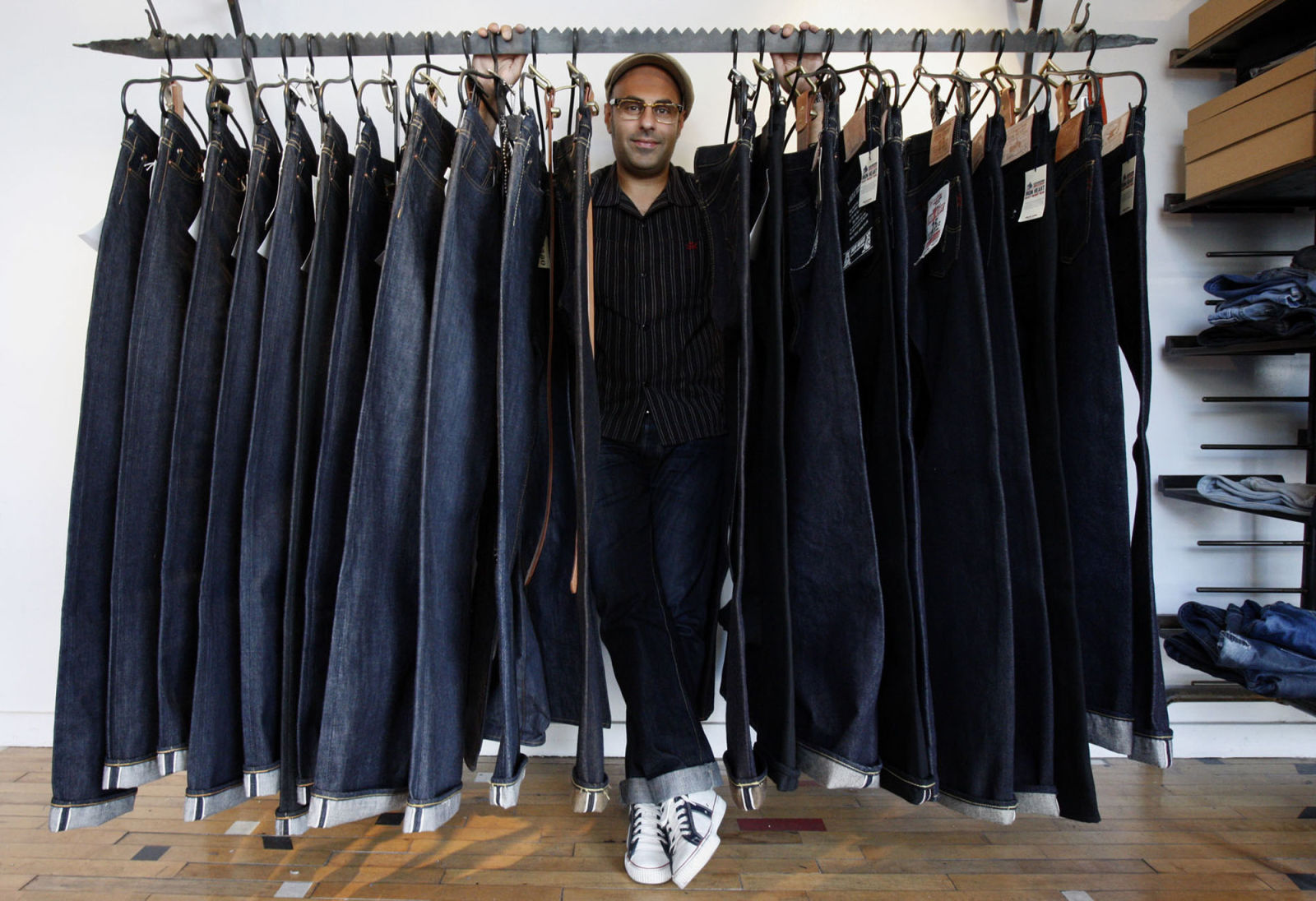 "With Japanese denim, the way it ages over time is extremely unique," says Babazni. "It doesn't age like vintage denim. They've pushed denim manufacturing to a level where these types of fabric have so much character." Beyond just fabric weight—Japanese denim can come as high as 32oz., while traditional American denim was usually around 12 to 16oz.—there are aspects like loom chatter and engineered slub that help create those nuances so desirable among fans of Japanese denim. In fact, says Babzani, the character of high-end Japanese denim has become so pronounced that even someone new to it can often spot the differences.

Where much of that difference starts is with the shuttle loom, the key ingredient to high-end Japanese denim. Before the 1950s, all denim was made on shuttle looms, meaning that all denim was also selvedge, since that's what the shuttle loom produces. As denim manufacturing in America transitioned to projectile looms, however—which are faster and more efficient, and thus capable of producing higher quantities of (lesser quality) denim fabric—Japan bought up our old shuttle looms, becoming, for a while anyway, one of the world's sole producers of selvedge denim. America had only one remaining manufacturer, Cone Mills.

As for why selvedge denim is so special, the secret is in the name itself. Selvedge, which originated as the term "self-edge," also known as a self-finishing edge, is the practice of adding a close-loop on both sides to prevent fraying and up durability, which is a key reason that denim was so desirable among American miners and working men of the 19th century. Today, there's also the distinctiveness and personality that can only come from fabric woven on an old shuttle loom that makes it so appealing. "The loom itself has characteristics," says Babzani. "And those characteristics impart a certain feel in the fabric." In other words, a pair of jeans made from denim on one loom will have subtle differences from a similar pair made on another.

With Japanese denim, though, it's not just quality of construction and character of fabric that makes it special—it's also color. Whereas jeans made in the West have a slightly gray cast, in Japan, the hue is much richer and closer to purple, thanks to the natural, plant-based indigo dye used in Japan (and few other places). Specifically, the Japanese use Aizome, an indigo plant native to their country. It's a difficult process, largely due to the fact that indigo is a living organism, and color can vary based on a number of factors—including the level of fermentation of the indigo, and the dyeing time involved for the yarn. Fortunately, the Japanese have plenty of experience with indigo dyeing—nearly one thousand years of it in fact. "The Japanese have always been very good at preserving their own heritage and ancient techniques," says Babzani. "So that's why today, it isn't unusual for any mill in Japan to produce a natural indigo-dyed jean." 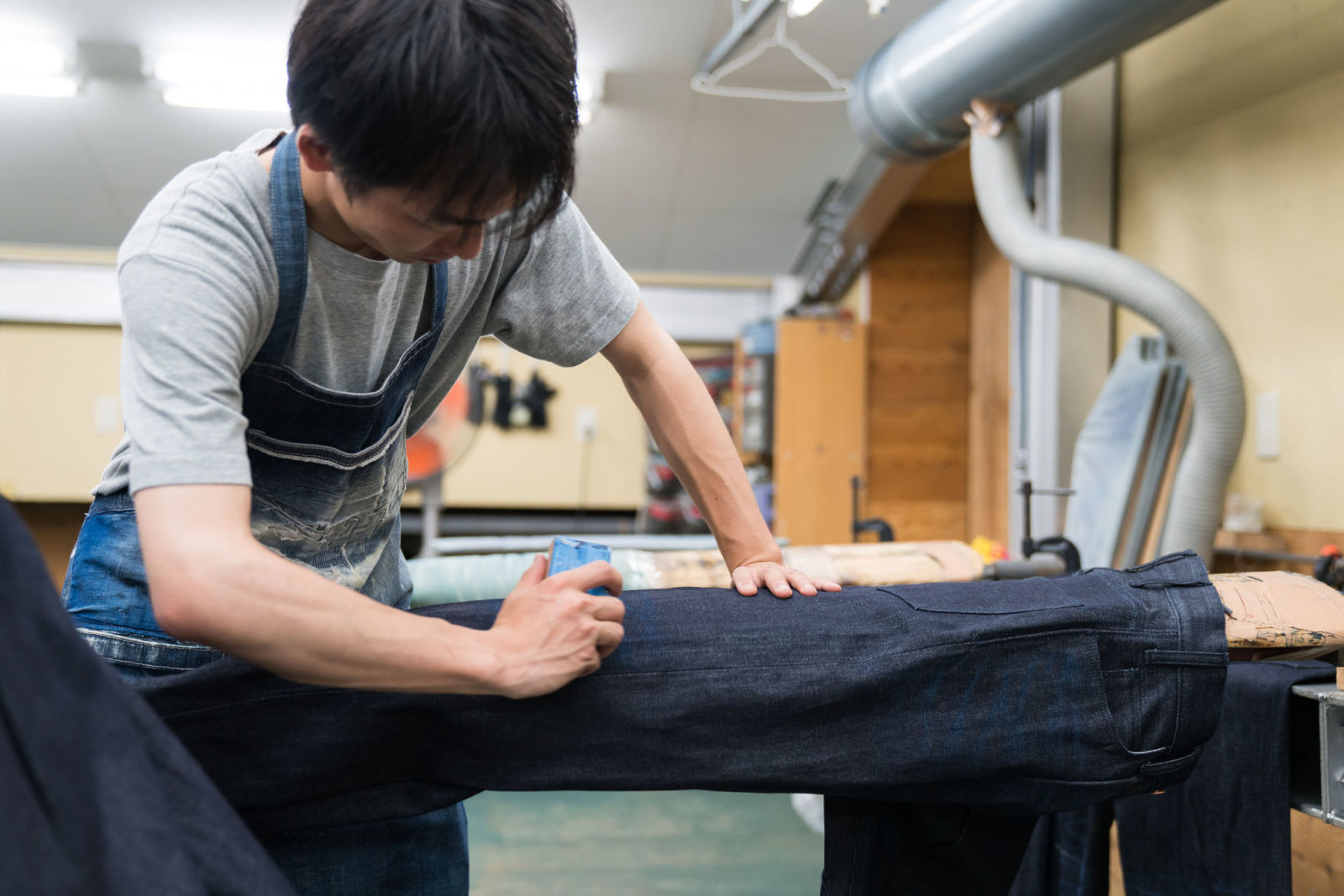 And such detailed craftsmanship ultimately works in service to one solitary outcome: jeans that age well. Today, we call it a Patina—but, as Babzani points out, that wasn't always the case. "People didn't pay attention to how something aged 75 years ago," he says. "They just wanted something that would last. But now, in hindsight, we've formed an appreciation for how something ages. We want that built into our products." A product—like jeans, or boots, or a leather jacket—should not just age gracefully, it should actually look better over time.

Part of this is down to the fact that most Japanese denim comes unsanforized, which denim purists view as both an aesthetic and philosophical necessity. Sanforization—or as it's technically termed, controlled compressive shrinkage—is a treatment used to pre-shrink raw denim so that it won't shrink later on, when soaked in water. For example, Levi's branded the term "shrink-to-fit," which is to say their jeans are unsanforized and, therefore, will shrink up to a full size when soaked. Unsanforized denim will only get better over time, making it the preferred type for Japanese denim fans. "You can't really argue that," says Babzani. "It ages better with wear. It's more rigid. It holds its shape better, and it holds its creases better. Therefore, over time, the natural wear patterns are stronger."

"In hindsight, we've formed an appreciation for how something ages."

And as for the proper way to age a pair of jeans, Babzani says to forget putting them in the freezer in lieu of washing or soaking them in the ocean. "It overly complicates something that should be really simple," he says. "With all denim, just wear it and wash it when it gets dirty. Literally, they're just jeans." For example, he continues, consider those vintage jeans from the 40s and 50s that everyone prizes so highly. Those were never ocean soaked or put in a freezer—they were simply washed and worn.

After all, the point of great denim is not just to look good—it's also to tell a story. A well-aged pair of jeans can tell you how many different iPhones and wallets were stored in the pockets. Or how often the wearer used those pockets. Or whether the hems were cuffed or worn stacked over a pair of boots. They can even tell the size and movements of the original wearer. Jeans, as the Japanese understand them, are more than a product; they are a process. One that the wearer ultimately plays the biggest role in. The manufacturer is simply the conduit through which that process begins. 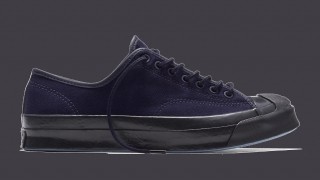 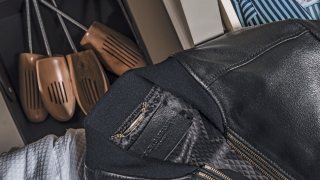 'Can you iron leather?': A guide to taking care of your clothes
All Photos
Comments
View As List