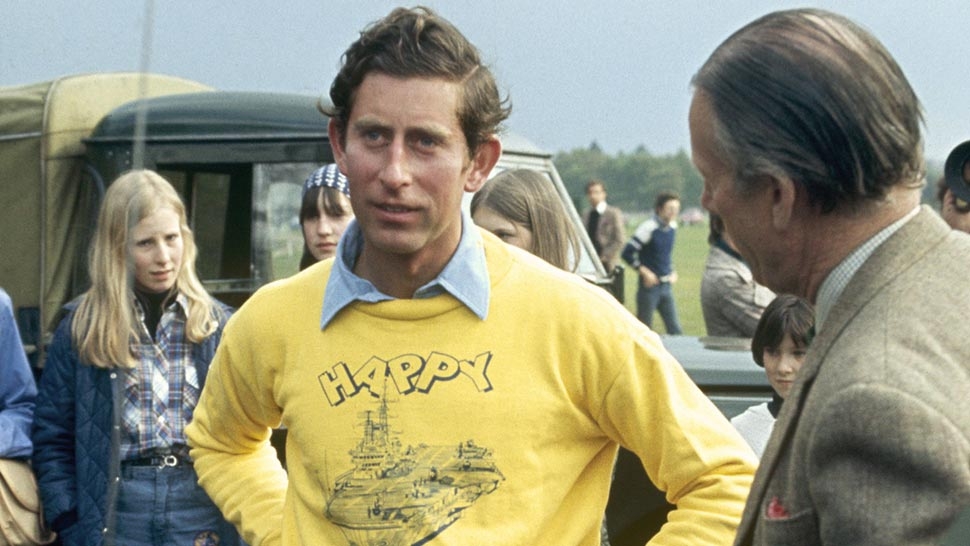 Nobody, not Field Marshal Bernard Montgomery, not even Roger Moore in his 007 prime, wore a short-sleeved safari jacket with quite as much panache as Charles Philip Arthur George Mountbatten-Windsor.

Photographs of the youthful Prince of Wales during the Sixties and early Seventies show a slim young gun at the very peak of his sartorial swagger, touring Africa in a variety of raffish, cotton drill numbers — khaki, putty and petrol blue — that are all bellows pockets and epaulettes. Sleeves rolled up, belt buckle fastened elegantly carelessly, bush hat beaten up just so, leather field glasses case draped around his neck like a bandolier. Damn.

Here he is, sweaty, hot and handsome at the polo field, or Brideshead-ishly riding a bicycle around Cambridge in tweeds, or on naval duty in the Caribbean looking like he just stepped off the pages of a Ralph Lauren lookbook. Nothing he is wearing is particularly remarkable; there are no statement pieces or fashion-forward silhouettes and therefore little in the way of regrettable, what-was-I-thinking? sartorial missteps. He just looks effortlessly… correct. 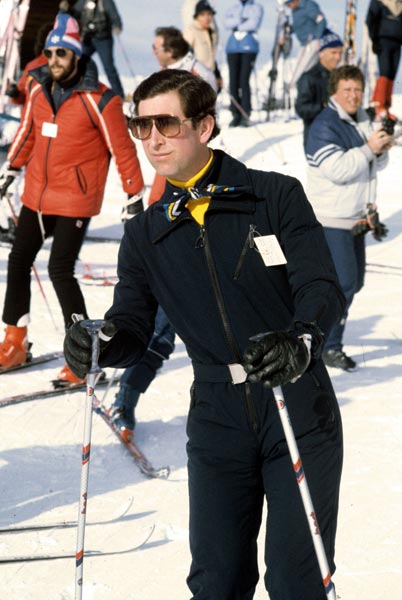 While his younger, racier, popstar brother Prince Andrew was busy moving on to the denim shirts, golf sweaters and branded sailing attire we all assumed would become the livery of the very modern royal, Prince Charles stayed true to traditional tailoring and a cavalry-cut trouser. Now 68, he is the evergreen style maven because he maintains a (substantial) wardrobe of clothes that never went out of fashion because they were never really in fashion in the first place. 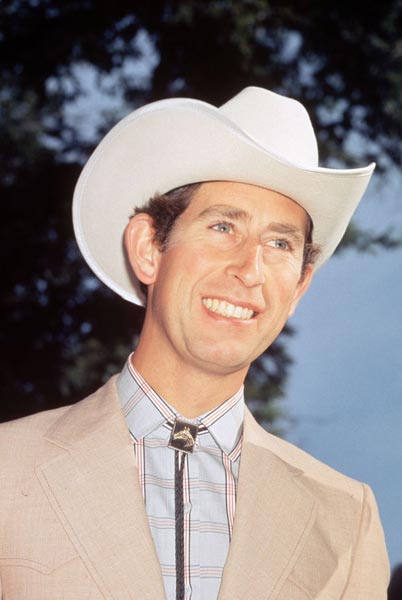 "The brilliant thing about Prince Charles is the way he never follows trends, but still manages to look so stylish," says Jeremy Hackett, of the outfitters Hackett. "He kept wearing double-breasted suits when everyone else had switched to single. It was a brave, if unconscious, move but one that paid off because now he's made that double-breasted style his own."

Charles himself acknowledged his accidental status as a fashion icon at the launch party of London Collections: Men fashion week at St James's Palace in 2012. "I have lurched from being the best-dressed man to being the worst-dressed man," he said. "Meanwhile, I have gone on—like a stopped clock—and my time comes around every 25 years." 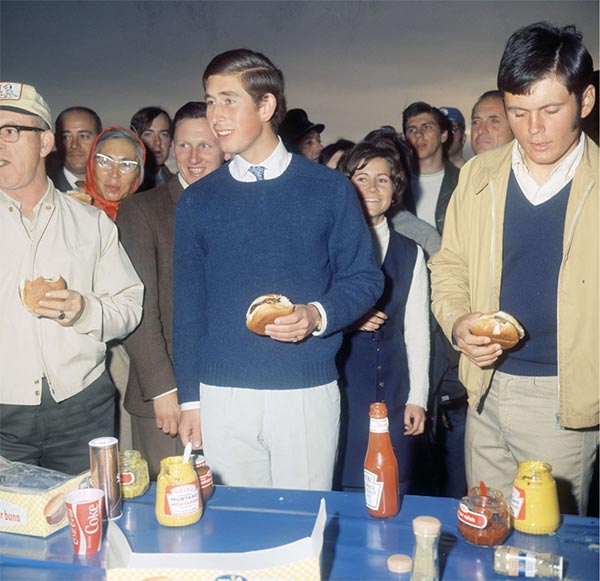 But let's not buy the heir to the throne's blushing, hands-in-blazer-pockets modesty wholesale, shall we? As anyone who is seriously into clothes will know, to look as naturally born-to-it dashing and as louchely, marvelously, casually spiffing as Charles does, requires a finicky application and narcissistic vigor bordering on mania.

Young, stylish men of the 21st century are often described as being "details-obsessed". This usually alludes to a myopic fixation on fashionability and newness, certain designer labels, the right wash of denim for jeans, the box-freshness of trainers, an icky, quasi- effeminate thing for hygiene and tonsorial vanity. Prince Charles' clothing obsession, meanwhile, is on an entirely different level.

Today, his aforementioned, un-modish suits are made, (bespoke, of course) on Savile Row. He is said to have hundreds. His dinner jacket (he's had the same one for three decades; Charles was rocking "archive" before fashion bloggers invented the term) is cut, quite intentionally, like a slouchy cardigan. His neckties are almost comically narrow and tightly knotted to garrotte-like rigor. His morning suit is a slightly gauche grey-on-grey called a "pick-and-pick" fabric; the lapels of his morning suit waistcoat are accessorised with dandy-ish, white "slips" or "demis", which attach to the inside of the garment with buttons. He sometimes changes outfits five times a day and employs between four and five valets to maintain his garments to starchy, sponged and laundered perfection in a series of polished mahogany wardrobes. He loves a ticket pocket and a tab collar (with buttons) on his suit jackets that can be fastened in the event of a sudden hurricane. 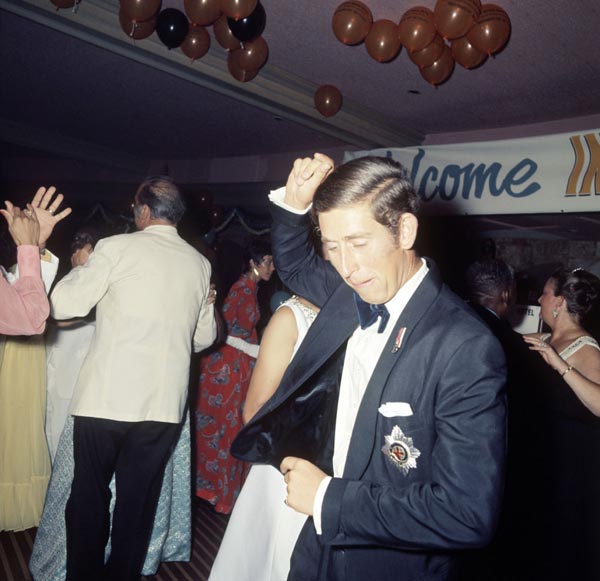 Charles practically invented eccentric, stealth-wealth dressing. Yes, the Lewis Hamiltons of this tawdry world might be slaves to fashion, splurging their money on designer-label kit, showy accessories and overpriced, faddish "luxury" tat. But even before the credit crunch kicked in, Charles was flying the flag for supreme quality, beautifully handcrafted investment pieces. This is a man who actually prefers his footwear scuffed but imbued with a deep patina of age and experience about the uppers; one particularly unusual and "totally indestructible" pair is made from leather salvaged from an 18th-century shipwreck in Plymouth Sound. 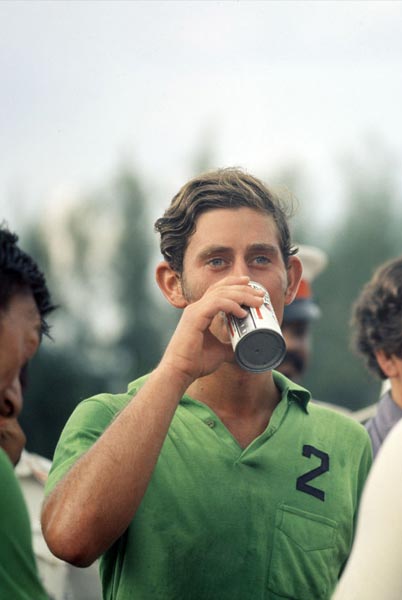 Whether in Saudi Arabia, Texas or Afghanistan, he dresses like a local. One of his tweed coats belonged to George VI (verily, the royal mothballs must be Chernobyl-strength). He is rumored—get this—to have his valet steam iron his shoelaces. That, my stylish friends, is what you call being "details-obsessed."

Certainly, Charles has definite advantages when it comes to his style. Clothes hang well on him because he inherited his father's rangy, wiry physicality. The fixation with collars and cufflinks was probably passed on by his clothes-mad great-uncle Edward, the Duke of Windsor (a previous Prince of Wales), who set the tone for peacocking, aristo style during the Twenties and Thirties. 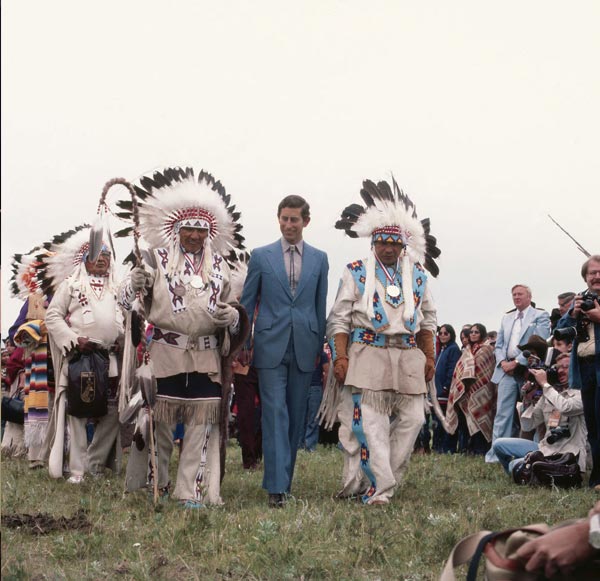 The labels-besotted Duke of Windsor would, no doubt, be delighted to see that the clobber department of the current Prince's Royal Warrants list reads like the transcript from one of P Diddy manservant Fonzworth Bentley's wet dreams. New suit? Charles can call on Anderson & Sheppard, Gieves & Hawkes, Ede & Ravenscroft or Benson & Clegg. Shoes are from Tricker's, Crockett & Jones and, of course, Lobb. Shirts are handmade by Turnbull & Asser. Outerwear? Burberry and Barbour. He goes north of the border—Johnstons of Elgin—for cashmere knitwear. To Lock & Co Hatters of St James's for his headwear. 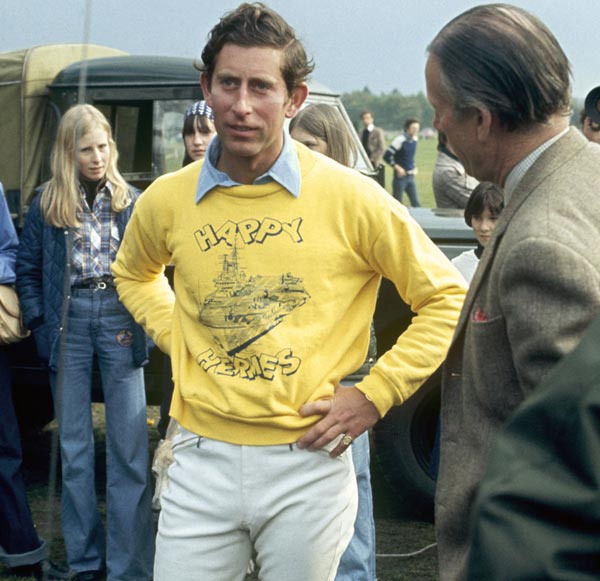 Charles is a blue blood Mr Benn with open access to a fancy dress shop run by Savile Row tailors and Bond Street outfitters… and, in many ways, the forerunner of the 21st-century menswear Instagrammer, with "likes" coming in the form of optimized levels of international trade and improved diplomatic relations. (All that travel isn't just for the photos.)

As the most powerful brand ambassador for Great British menswear, Prince Charles should be kept steamed, sponged, polished and wrapped in tissue paper… and aired in public as regularly as possible. 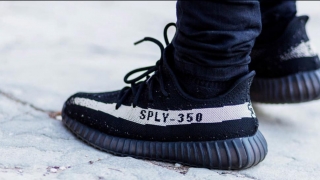 What to Wear With Your Yeezys: Here Are 4 Examples 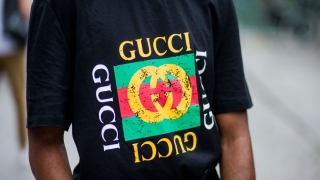