Here's the gospel truth about men: We get stuck.

We break up with our girlfriends, and we decide to become a human marshmallow. We maybe fail to graduate (episode six), and we think the best thing to do is to imitate the life of drain water slowly pooling in a corner (but with a PlayStation 4 and lots of snacks).

When faced with crisis, women pick themselves up. Men, on the other hand, will set the timer to self-destruct.

What men need is a good shove out the door, and that big push can come in the form of five gay men, sweeping into a grimy room like a confetti tornado in order to turn things right-side up. 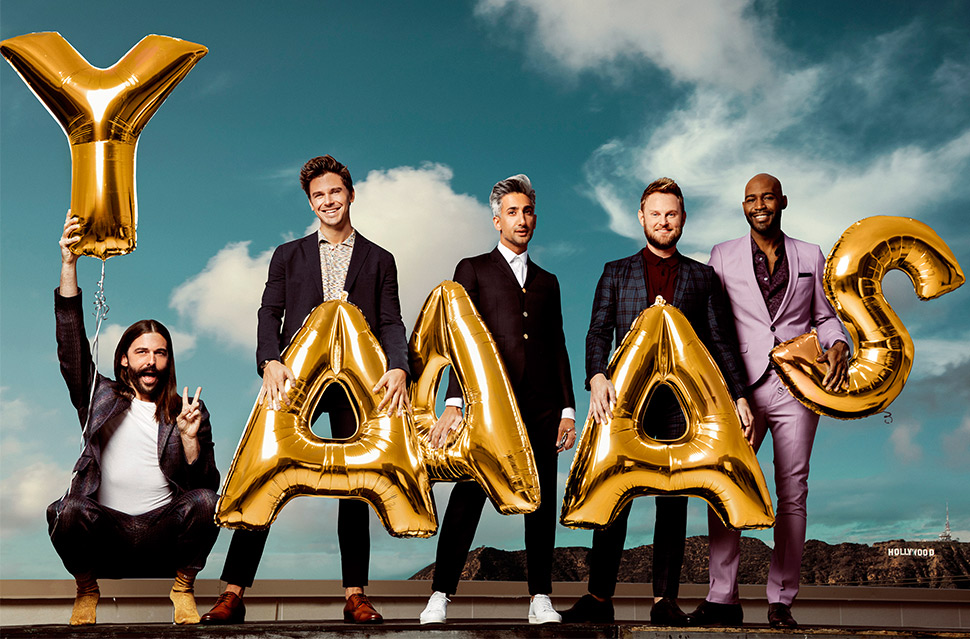 On the second season of 'Queer Eye,' the Fab Five returns to restart the lives of men and more. IMAGE: Netflix

That has been the original concept of Queer Eye for the Straight Guy, and in its rebooted version on Netflix, the Fab Five, Bobby Berk, Karamo Brown, Tan France, Antoni Porowski, and Jonathan Van Ness, continue the same mission of the 2003 show. They knock on the doors of couch-attached men to do the push, fixing various aspects of life, from clothes to food to finally moving out, all while having fun. Sometimes, crop tops are involved.

Queer Eye lost the latter part of its original title long ago, making the decision to go beyond the straight guy and venture into the world of a woman and also a transgender man, both of whom are part of the show's second season, inevitable.

The first episode features Tammye, a black woman who has recently conquered cancer, but not without losing her mother; is coming to terms with the sexuality of his son, who has just returned home; and lives in the conservative town of Gay (yes!), in which she is also a very active participant in the church. 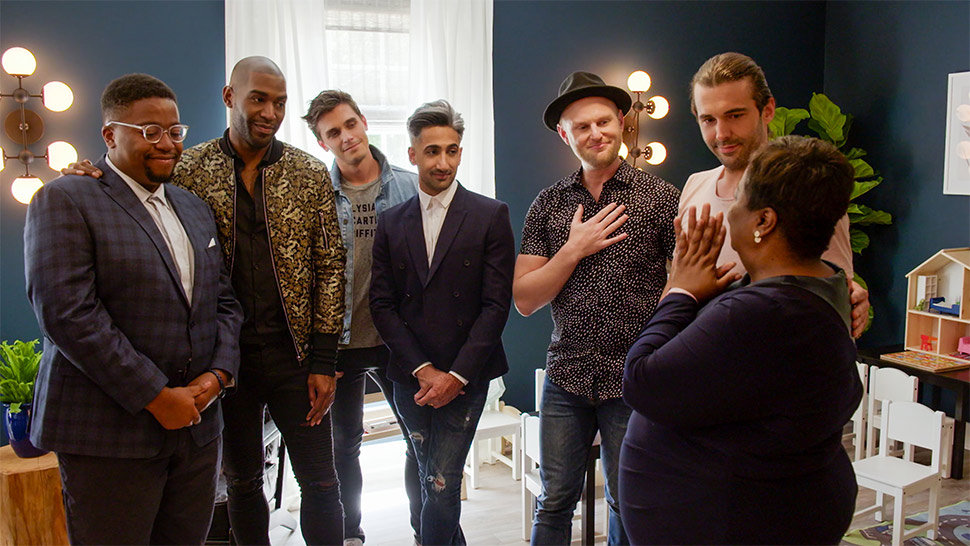 The gang guides a mom dealing with his son's coming out. IMAGE: Netflix

That's a lot to unpack at the top of the season, but Queer Eye wants to set the tone right away. This time around, the show is more fearless about shining a light on social issues.

This can be a bit jarring, especially if you are just looking for popcorn entertainment at the end of the day. Religion and sexuality is sticky. Feelings are messy.

When the Fab Five are invited to visit Tammye's church, Bobby opts not to cross the threshold because of his own unpleasant experience with religion. It is a little uncomfortable. Later on, Bobby has a very honest moment with Tammye about how, as a young man whose life revolved around the church, he begged God not to make him gay.

(Side note: Is the open discussion of the personal lives of the Fab Five something new? In other episodes, we learn that Tan sealed the deal on his marriage sans an engagement, Karamo has a son, and also, Antoni and Jonathan are super BFFs as seen in their interactions in the background. Yes, you could find this on the Internet, but it is also presented in the show.)

The season is peppered with earnest moments that can yank you out of the joyful character of Queer Eye. Sometimes it becomes downbeat that you are not inclined to look up from whatever else you're doing (we are multi-tasking viewers now). Sometimes you want to take a break from the break, which should have been watching the show.

You pause and watch again, because Queer Eye is unicorn-flavored magic (and a streaming service lets you do this).

When the gang lands in Georgia to help a man finally propose to his girlfriend (and also rid him of T-shirt-tucked-in-shorts look), they go through the classic QE rhythms that make the show immensely watchable. 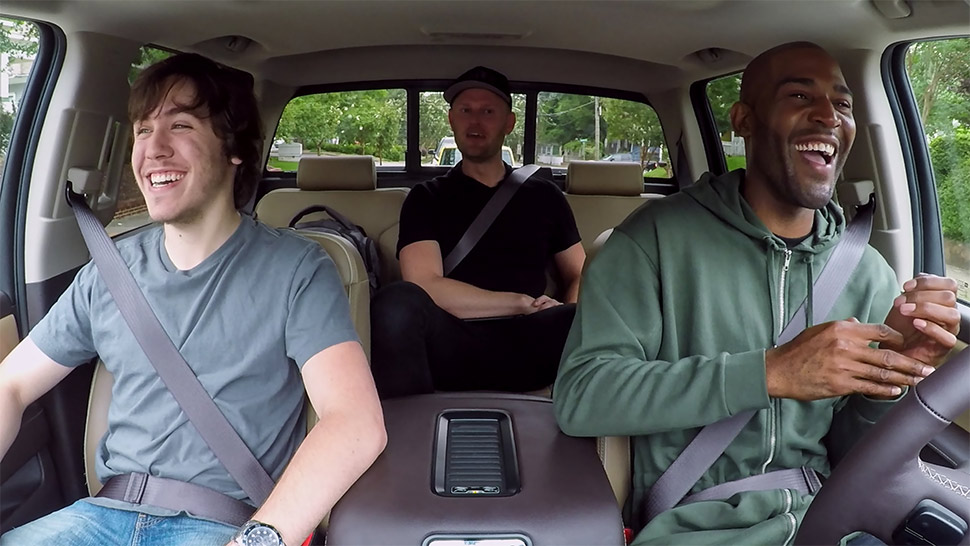 They make a rainbow-colored mess, do dares with things you shouldn't put in your mouth, stage an impromptu fashion show featuring crop tops and belly hair, and then fix everything. In other words, it's a classic kick-in-the-rear episode, culminating in one of the best makeovers, and one of the best life changes, in the show.

Karamo, whose role can feel nebulous (is he a life coach, a cheerleader, a spirit guide, or all of the above?), outdid himself in this one.

There is also a nice surprise in the last episode when a Filipino guy pops up in the story of Ted, the young hipster mayor of Clarkston, Georgia. Ray Donato, the honorary consul general of the Philippines in Atlanta, is invited to the mayor's home for dinner, and the Fab Five, while watching the clip at their industrial loft, remarks about his sheer shirt.

The diplomat is wearing a traditional barong, and Jonathan thinks it's cute. 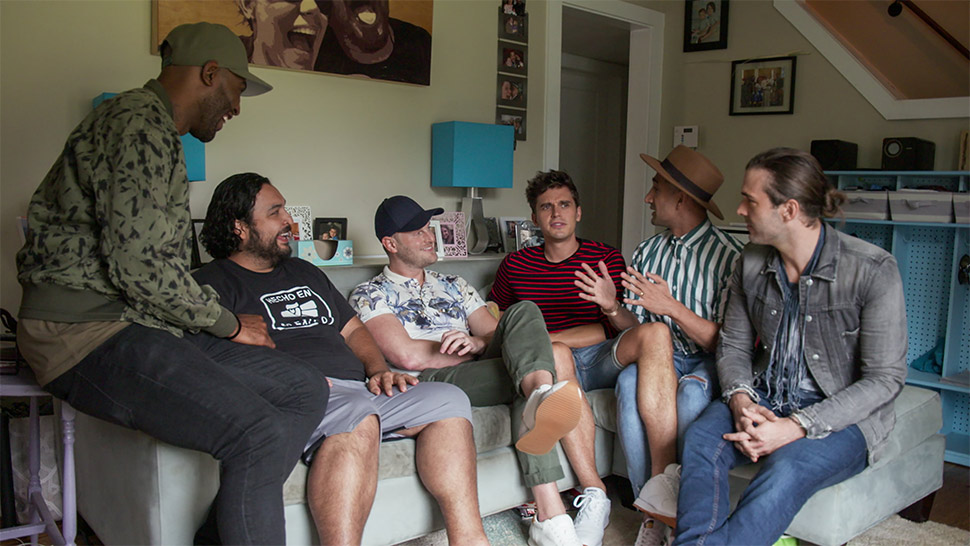 A dad copes with the stress of meeting other parents at an upcoming PTA meeting. IMAGE: Netflix

As if tying up the season in a neat bow, the final episode sneaks in the message of inclusivity—that men and women, straight and gay, white, black, and brown, can live together, not just in the confines of a TV show, but also in reality.

“It's so refreshing to see a town like Clarkston be welcoming to a lot of different nationalities,” says Ray during dinner.

Over at the loft, Jonathan echoes the same sentiment in his own way: “We should be a welcoming place ...thank God there is a beacon of gorgeousness 30 minutes away.”

BITS AND PIECES OF SEASON 2

1| Jonathan is the highlight in every episode. In a gang of friends, you need that one person who is always at 100 percent. Jonathan, and his Jesus hair, is at 200. Whatever he says is a winner: “We are five gays from big cities—except for Tan—and we have stuff to do.” 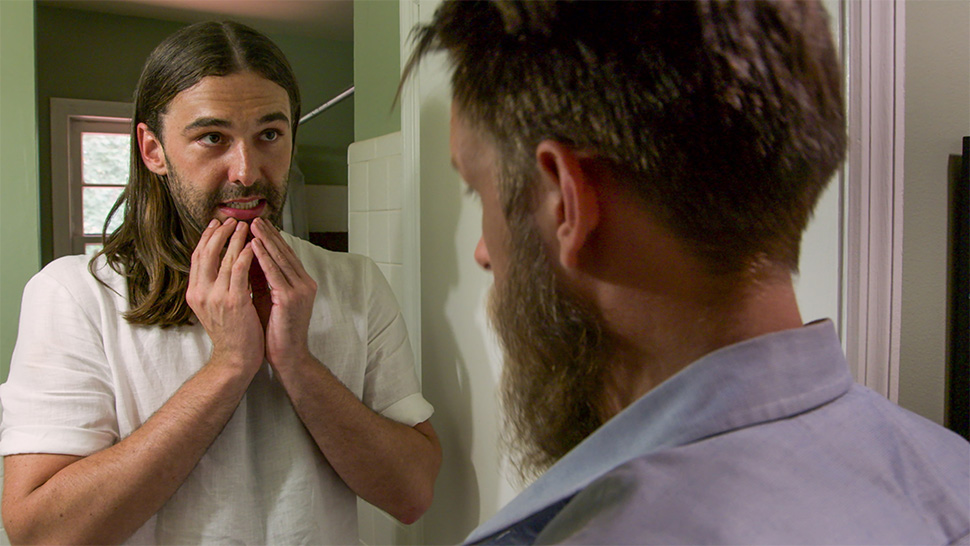 2| Bobby may be the most underrated member of the Fab Five. Viewers should remember that, in every episode, he is tasked to reinvent spaces. And the end result is always great. See: house of handyman in episode four.

3| Tan continues to champion printed shirts. Rolling up your sleeves is his version of Carson Kressley's “jujing.” This season, he introduces the French tuck, which is really a half tuck, as in a shirt tucked only in the front. Men with bellies, take note. 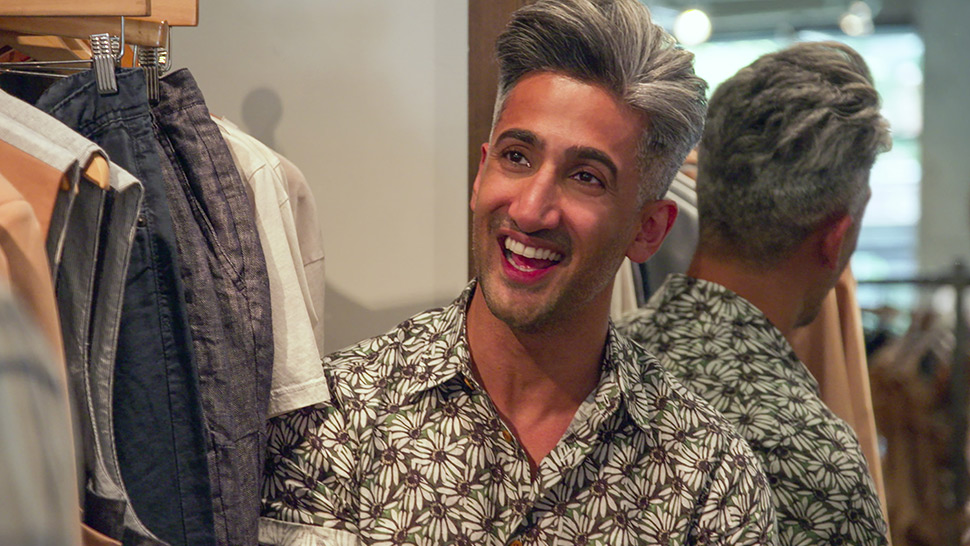 4| Antoni has added scarves to his uniform of cool T-shirts. He folds it into a long strip and then ties it loosely like a fabric necklace. Looks good. We might just steal this move.

5| Karamo is the Fifth Element in a bomber jacket. You're not sure what he's doing, but you can't say he's not doing his best. 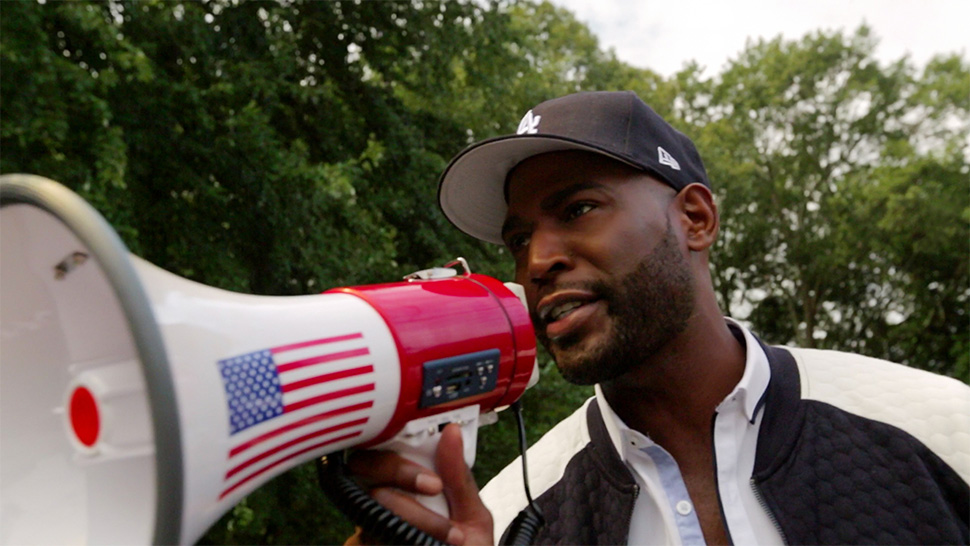 Watch the trailer of Queer Eye season two below:

The second season of Queer Eye premieres on June 15 on Netflix. netflix.com/queereye 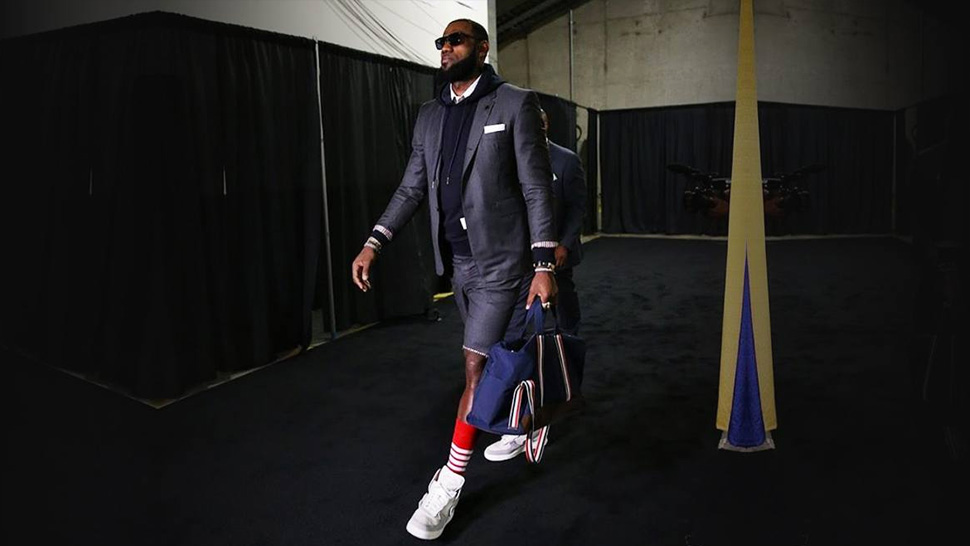