Randy Ortiz, Pillar of Fashion, Pushes the Limits of How Filipino Men Dress

The designer celebrates 30 years in the fashion industry with a new collection and exhibit titled “Homage,” with 10 artists taking inspiration from his work. 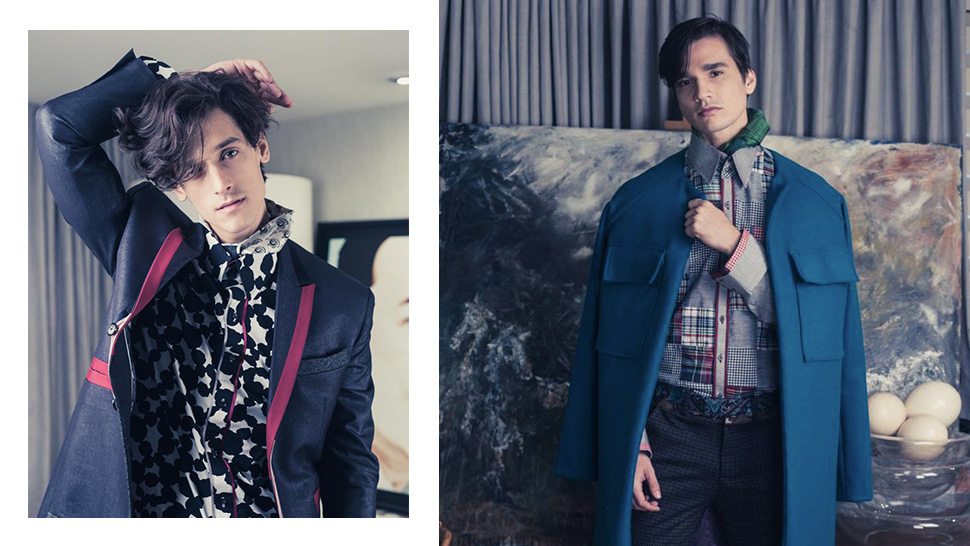 In the famously fickle fashion industry, 30 years is a feat. Yet Randy Ortiz is celebrating this career milestone this year, and in grand style: with the unveiling of an exhibit and a brand new collection at the Peninsula Manila, aptly titled “Homage.”

The show is a collaboration with The Artologist Gallery, and includes Judeo Herrera, Julmard Vicente, Hiro Kawabata, Adam Nacianceno, Monnar, Fernando Antimano, Eman Santos, Dost Pilar, Valen Valero, and Carlo Saavedra, who were each asked to create pieces that take their cue from Ortiz’s classic silhouettes and signature pattern play.

It’s a fitting tribute to a man who has been hailed as one of the industry’s pillars, who continues to create and innovate to this day.

Ortiz began his career in the ’80s and has managed to reinvent himself a few times over. He was one of the designers whose creations were sold in the pioneering “it” brand of the ’90s, Sari-Sari Store. He once again dipped into retail in the ’00s by taking on the role of creative director of Myth, bringing a star-studded roster of Filipino designers into the country’s malls. 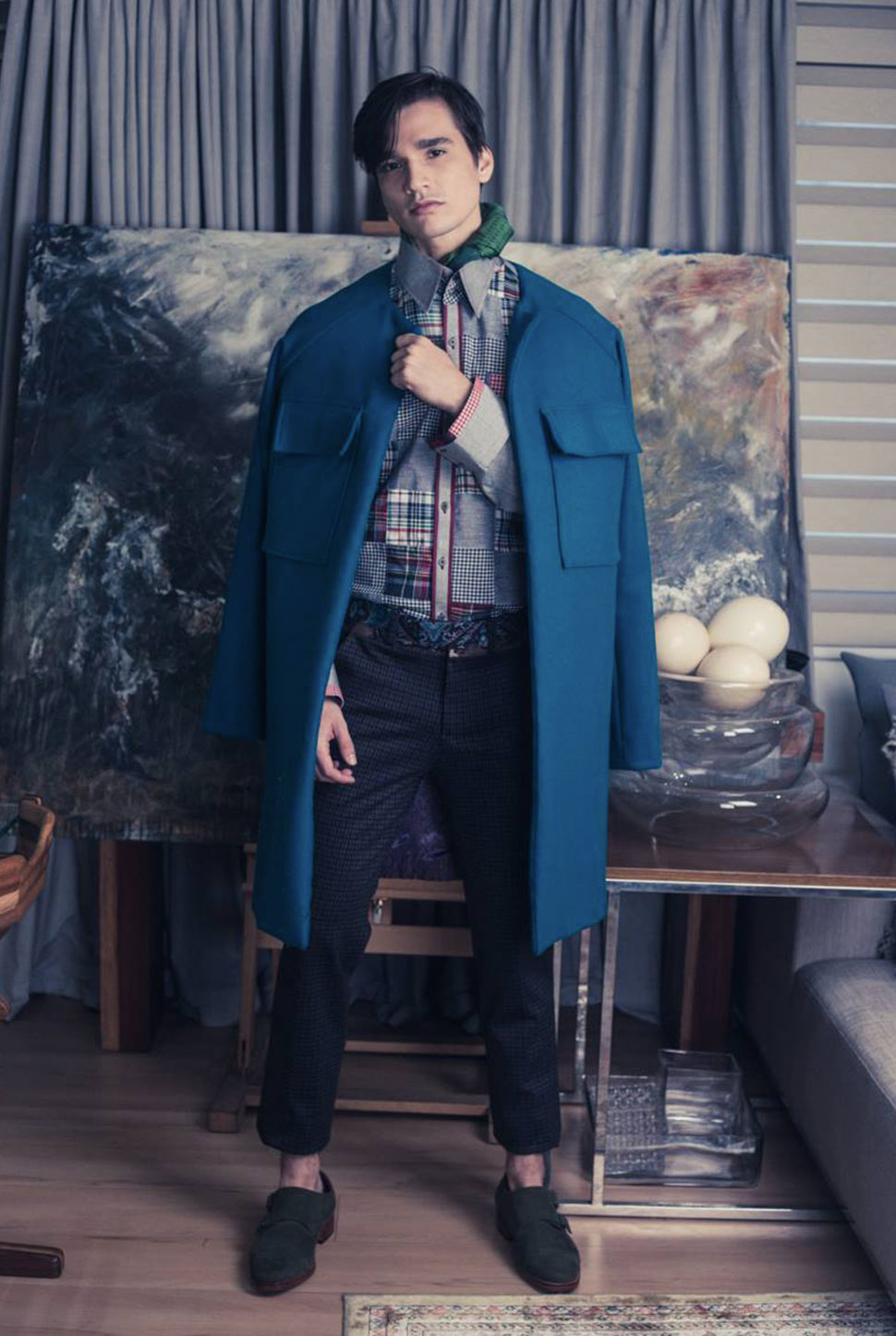 He is recognized for his mastery of the terno, that classic Filipiniana staple, and produces a line of intricately detailed bridal gowns. (Lucy Torres-Gomez, Kris Aquino, and Tweetie De Leon-Gonzalez are known patrons of his work.) So it might surprise people to learn that at the start of it all, Ortiz began his career as a menswear designer, first and foremost.

“I enjoy the challenge of designing for men,” he replies, when asked to reflect on his roots. “Men in general—especially the typical Filipino male—are stereotyped to certain norms, which makes it difficult for me to dress them, more so than women.”

Growing up the son of a politician in South Cotabato in the 1960s, Ortiz spent his childhood observing one very fashionable woman: his mom. He would accompany her on her dressmaker appointments and still keeps many of her personal pieces in his archive.

He cites her, along with other impeccably dressed women like Audrey Hepburn, Jackie Onassis, and Princess Diana as inspirations. Yet when the time came for him to start designing, he set his sights on subverting the way people typically liked to dress guys. 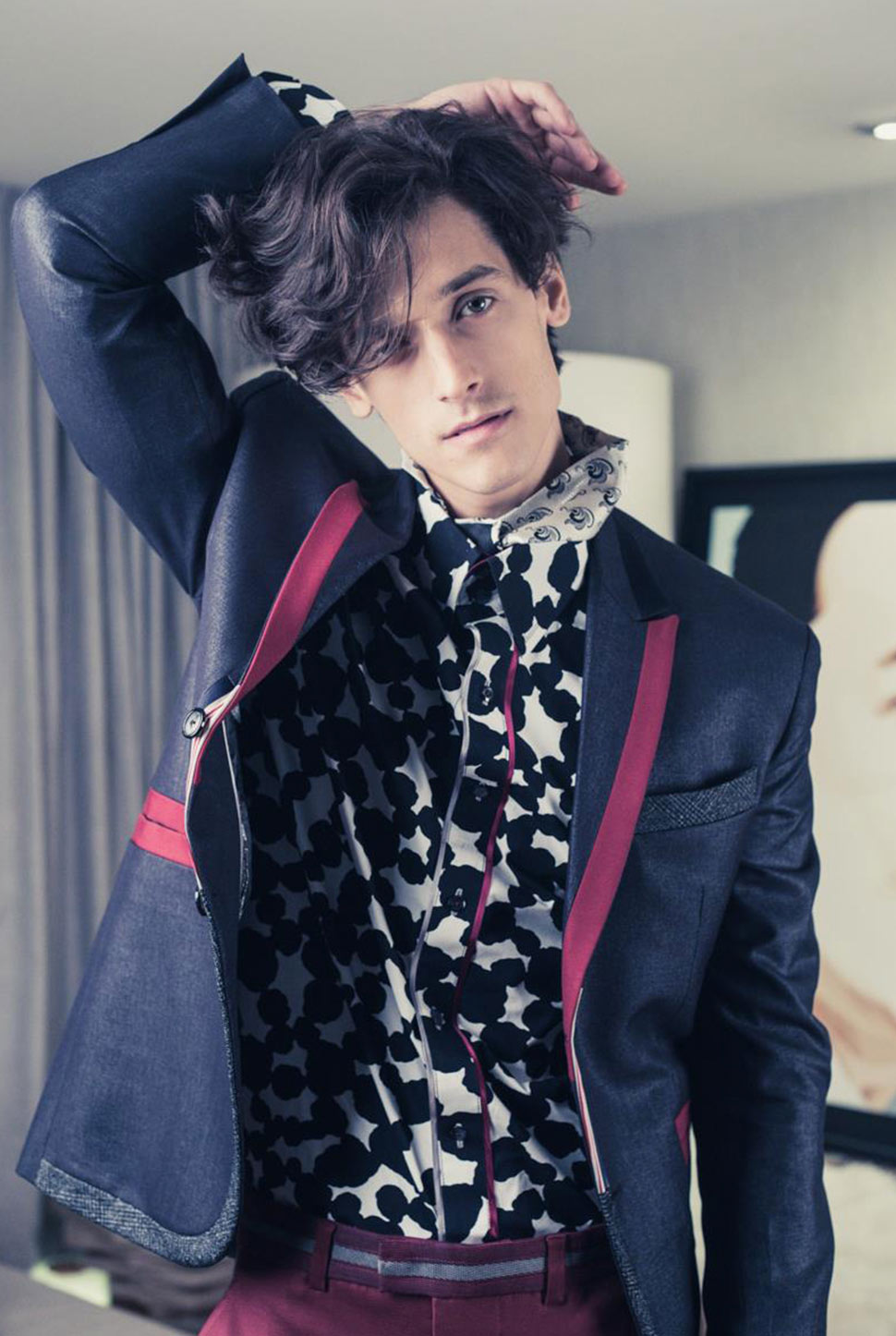 The designer is known for his masterful use of color, print, and pattern. IMAGE: courtesy of Randy Ortiz

“I wanted to revolutionize menswear in the country. I started by putting my stamp of print-on-print and pattern-on-pattern during my early days in the industry,” he says.

Patterns and prints are still an Ortiz mainstay, but he has found a way to temper it by always keeping the foundations of good tailoring and structure in mind: “I would like to believe that my work has evolved toward something more classic with an edge—designed and crafted with subtle details which have become very much identified with me.”

"The Randy O. Man" is Both Classic and Experimental

Thanks to this, Ortiz has become the go-to for the man who can draw stares without being the most loudly dressed guy in the room. He notably created Dingdong Dantes’ tux for his wedding day, probably the closest thing local showbiz has seen to a royal wedding in terms of anticipation and hoopla. “The Randy O. man, for me, is somebody who is willing to try and experiment, but not necessarily attract too much attention,” says Ortiz. 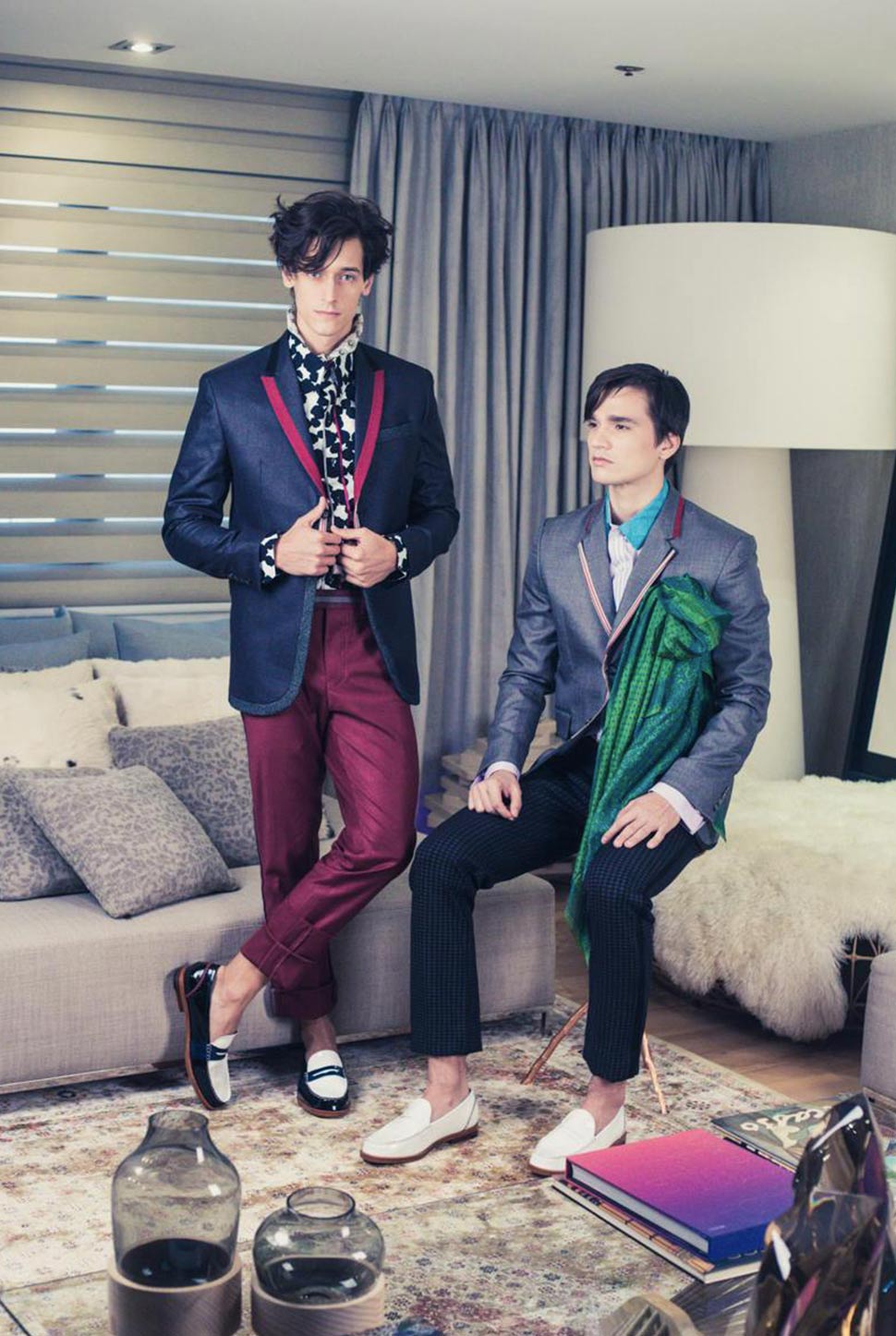 Ortiz creates clothes for men who like to stand out (just a bit). IMAGE: courtesy of Randy Ortiz

“Hopefully, guys come to me not only because of my brand, but because of the way I translate menswear and adapt it to your personal style and body, without the intent of being so flashy. I design always within the confines of my sensibilities, and the silhouettes are still classic—nothing too outside of the box, and if ever, still tastefully done.”

Pushing the Boundaries of Menswear

Thirty years later, Ortiz is still on a mission to get guys to push the norm. “I tell men to look beyond their staples and try to play a little bit more with color, texture, patterns, and prints, and think about combining pieces in an unconventional way. I usually ask my clients what their preferences are and inject my ideas without too much compromise. It is surprising to know that more and more Filipino males are becoming more adventurous than before.” 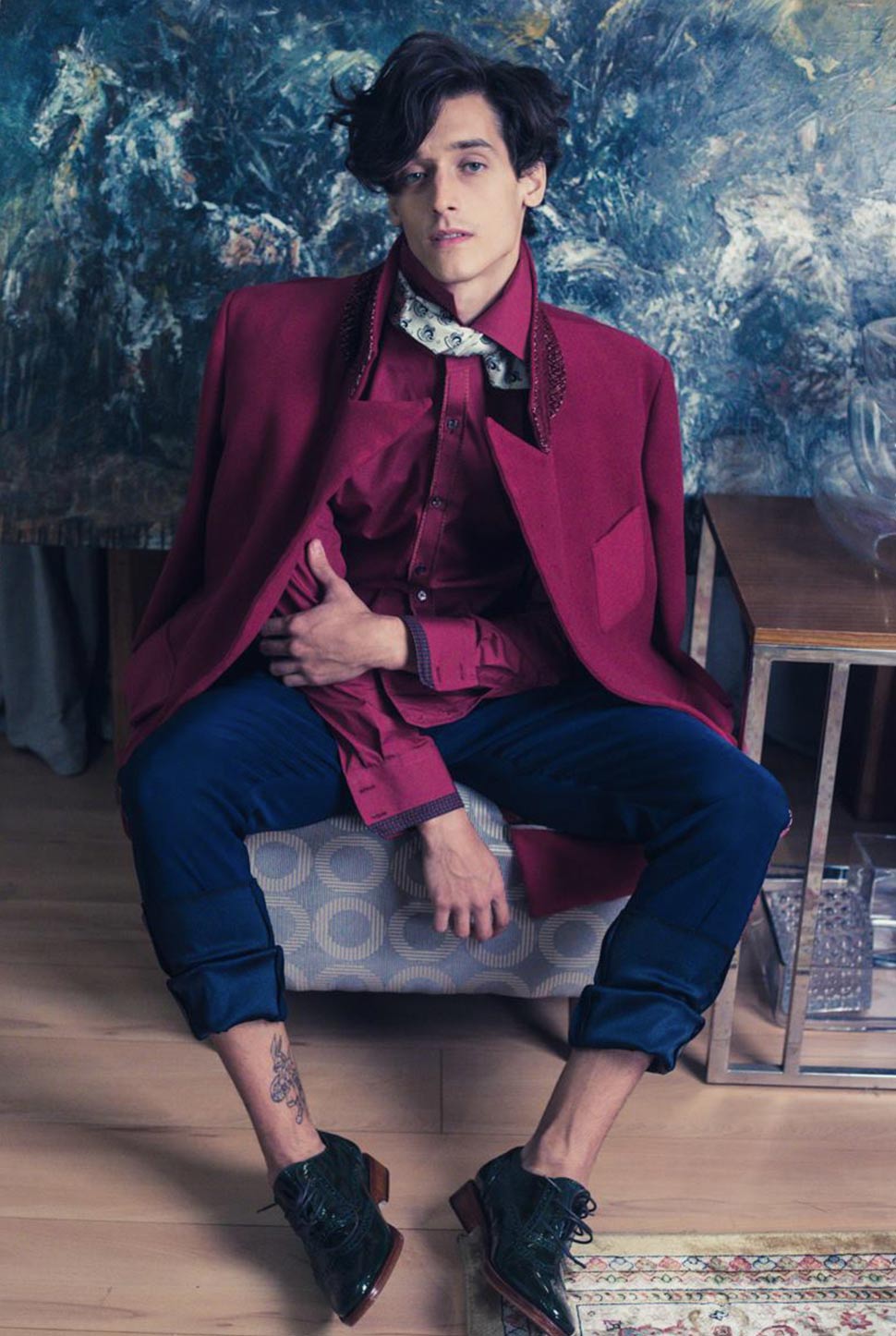 Though imbued with color and print, his suits follow the foundations of classic tailoring. IMAGE: courtesy of Randy Ortiz

Or it could simply be that after all these years later, the Pinoy fashion sensibility has finally caught up.

In contrast to the fashionable females who have inspired him, Ortiz claims he has no male muse—“All of my male clients are my main source of inspiration.”

Though there is one male celeb that he would really love to dress: “Daniel Padilla. He is one of the finest young actors of his generation. I would like to make him outfits with a different take and treatment—a little more playful, but not too contrived.” Mr. Padilla, your move.

'Homage' will be unveiled at the Peninsula Manila on November 26. 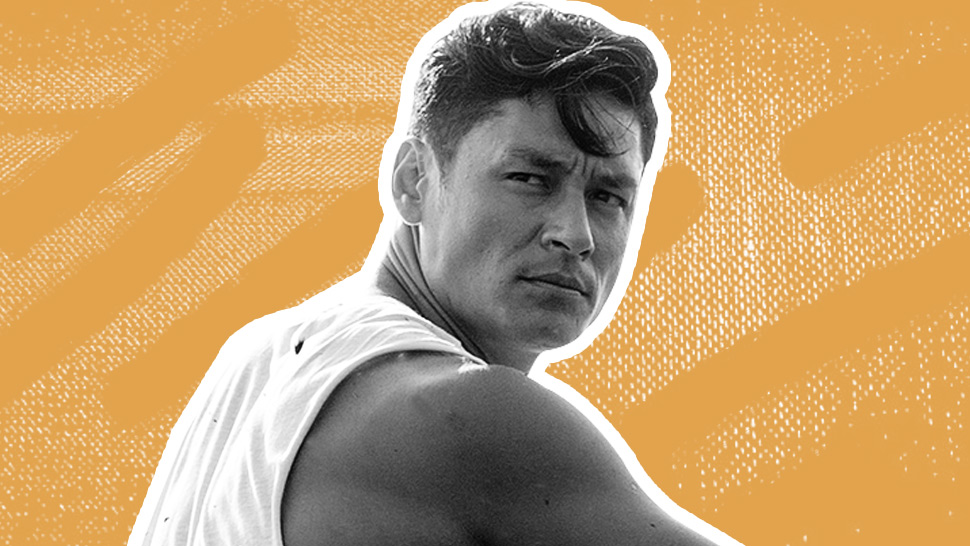 How Hideo Muraoka, Who Just Got Married to Model Fatima Rabago, Keeps His Body in Crazy Shape
All Photos
Comments
View As List