The whims of influential personalities have shaped basketball fashion throughout the ages. 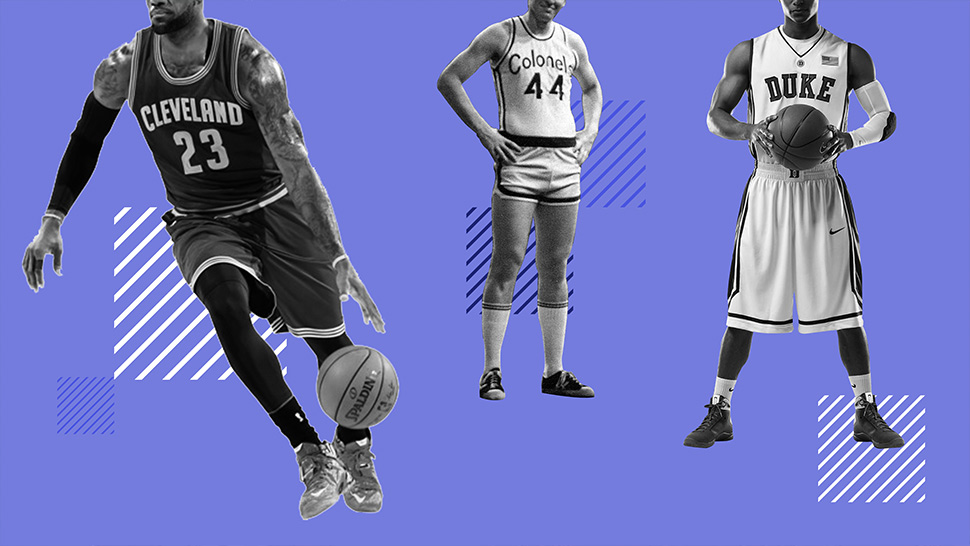 Here's how it usually goes: Sports uniforms follow technology and player performance, constantly being updated to provide better levels of safety and comfort, from using the most breathable materials to the addition of shoulder and knee pads for support. Basketball shorts are the interesting exception—for these, evolution has followed trends, essentially dictated by pretty arbitrary choices made by an icon of the sport.

In the 1900s, during the early days of basketball, the bottoms of uniforms were usually knee-length padded pants (the kind you’d see in American football) or tights, which were then shortened to medium-length in the ’20s. The following decade saw a change in material from wool to polyester and nylon.

As early as the 1940s all the way to the ’60s, the inseams of basketball shorts were at three inches, growing longer little by little over the years until they reached five inches in the ’80s. PBA Hall of Famer Atoy Co of the now-defunct Crispa Redmanizers, describes the uniform shorts he had worn in the ’70s to have measured “isang dangkal.” Everyone, even legendary rivals Larry Bird and Magic Johnson, had rocked the look. 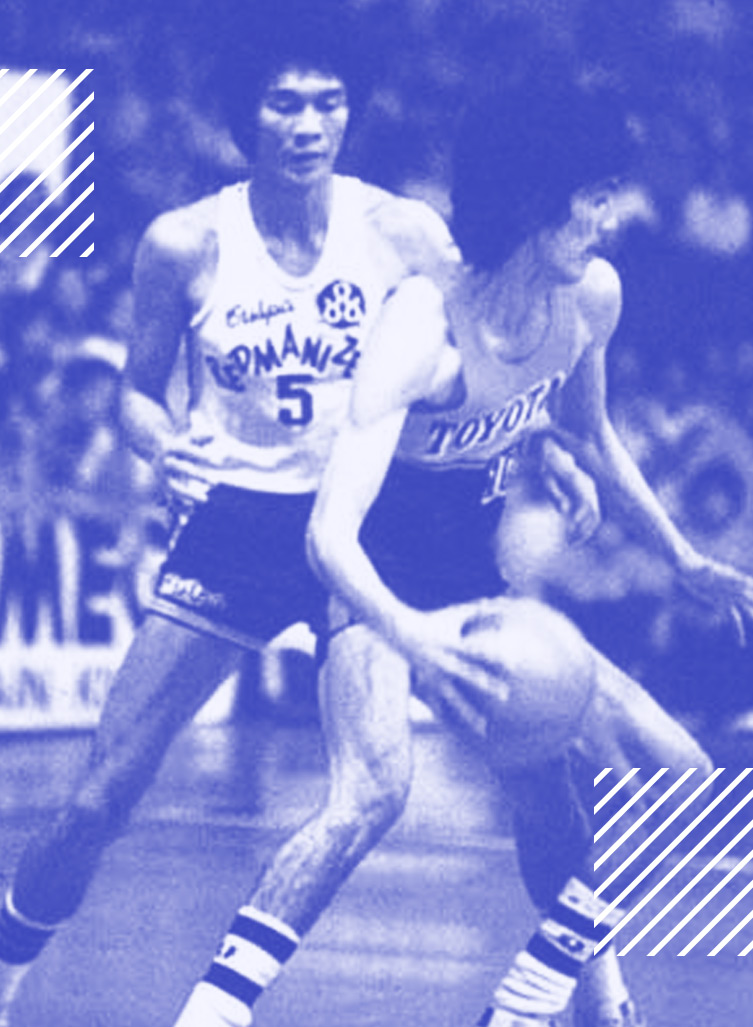 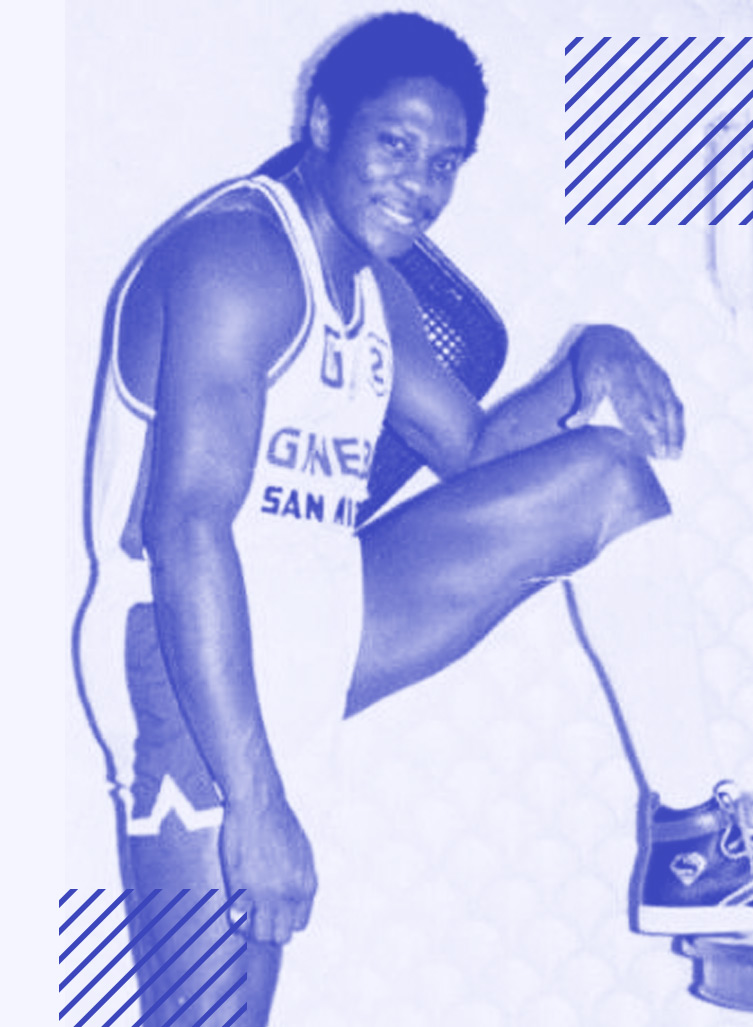 PBA players in '70s and '80s preferred itty-bitty basketball shorts with an "isang dangkal" measurement. Abet Guidaben of the Crispa Redmanizers and Mon Fernandez of the Toyota Super Corollas (top), and Billy Ray Bates of Ginebra San Miguel model the proper shorts length of the time.

By the ’90s, inseam length had grown to eight inches, the tighter fit of the shorts done away with in favor of something more roomy and airy. And much like Space Jam and a strange fascination for the number 23, there could only ever have been one explanation: Michael Jordan.

Legend has it that His Airness, upon joining the Chicago Bulls, had a sentimental habit of wearing his college basketball shorts from the University of North Carolina—which had the standard “short shorts” length of the ’80s—under his NBA uniform. Of course, he couldn’t layer two tight-fitting shorts on the court, so he decided to wear wider, knee-length Bulls shorts to pull it off. According to another story, he also requested for a dropped seam due to his tendency to tug on his shorts while playing defense.

Either way, MJ’s personal tribute to his more humble beginnings went on to break the mold and affect the game on a global scale. It was only apt that Jordan's influence would be cemented in the 1991 season of the NCAA, thanks to a group of freshmen who would become known as the University of Michigan’s Fab Five: Jalen Rose, Chris Webber, Jimmy King, Ray Jackson, and Juwan Howard.

These future basketball hotshots were wearing their shorts longer and baggier, unheard of among their peers at the time, in an effort to "be like Mike." They would pull their shorts lower to help lengthen them, but this wasn’t doing any favors for their jerseys, so the uniforms themselves were given an overhaul, and the entire team began requesting shorts that were two or more inches longer. 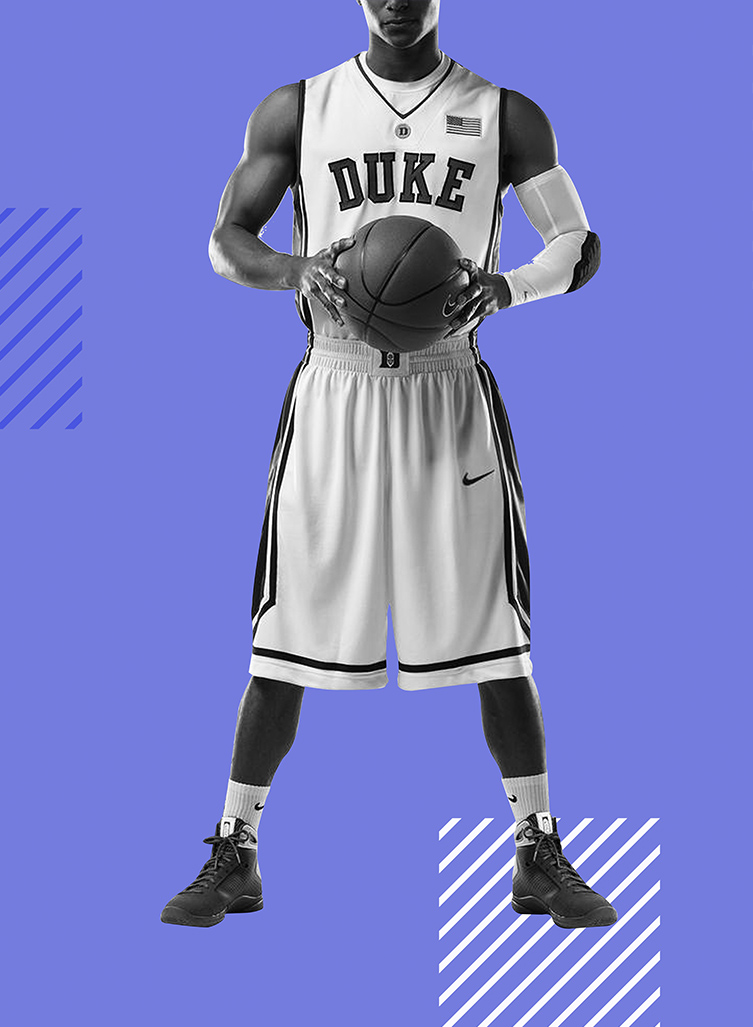 Under the influence of Michael Jordan, basketball shorts ballooned to big and baggy proportions in the '90s.
ADVERTISEMENT - CONTINUE READING BELOW

Above And Below The Knee

It wasn’t long before more universities—and then the rest of the world—followed.

And like most revolutions, the transition from short shorts to the shorts we know today wasn’t smooth. In 1997, the NBA introduced a (now revoked) rule that required shorts to remain at least one inch above the knee, and fined players who went lower. Utah Jazz point guard John Stockton also made basketball fashion history by being the last professional player to hold on to the shorter look, until he retired in 2003.

By the 2000s, it had become standard for basketball shorts to have an inseam length of 11 inches, which made them drop four inches or more below the knee. The shorts may look good on the court, but in the game itself, they’re heavier, maybe a bit too breezy, and they mess with the aerodynamics. Still, despite the practical concerns or lack thereof, they were here to stay.

Again, it's interesting to note that all of this was brought about one person’s quirk, which was then co-opted by a group with a swagger of confidence: the ultimate showdown of fashion versus function.

It’s not such a foreign concept when you think of the effects of celebrity on fashion. Athletes are effectively superstars in their own right, with endorsement deals, magazine spreads, and designer or brand collaborations, and Michael Jordan was in a league of his own. The tight and cropped fit of shorts in the ’70s corresponded to the style of the decade, and the use of shorts so wide and long you could drown in them were also appropriate for the dominant hip-hop trends of the aughts, when everything was bigger, bolder, and yes, baggier.

Today, we’re in the latter half of the 2010s, and it seems that the reign of long and baggy is nearing its end. In 2014, Asi Taulava of the the NLEX Road Warriors, who currently holds the distinction of being the oldest active player in the PBA, briefly embraced a “throwback” look by sporting Chuck Taylors and tighter-fitting short shorts on the court. It was a nod to the glory days of the PBA in the ’70s and ’80s and a tribute to assistant coach Jojo Lastimosa, but it was also done for the love of the game and an attempt to educate younger fans about the history and evolution of basketball.

An apparently more permanent (and prominent) example would be Cleveland Cavaliers forward LeBron James, who in 2015 debuted shorter shorts that were visibly different from that of his colleagues. As of late, his uniforms have been custom-made to his ideal fit—sound familiar?—which he says is part of an effort to influence other players, especially kids, to pay more attention to how they present themselves on and off the court and to put more emphasis on looking and acting more professional. 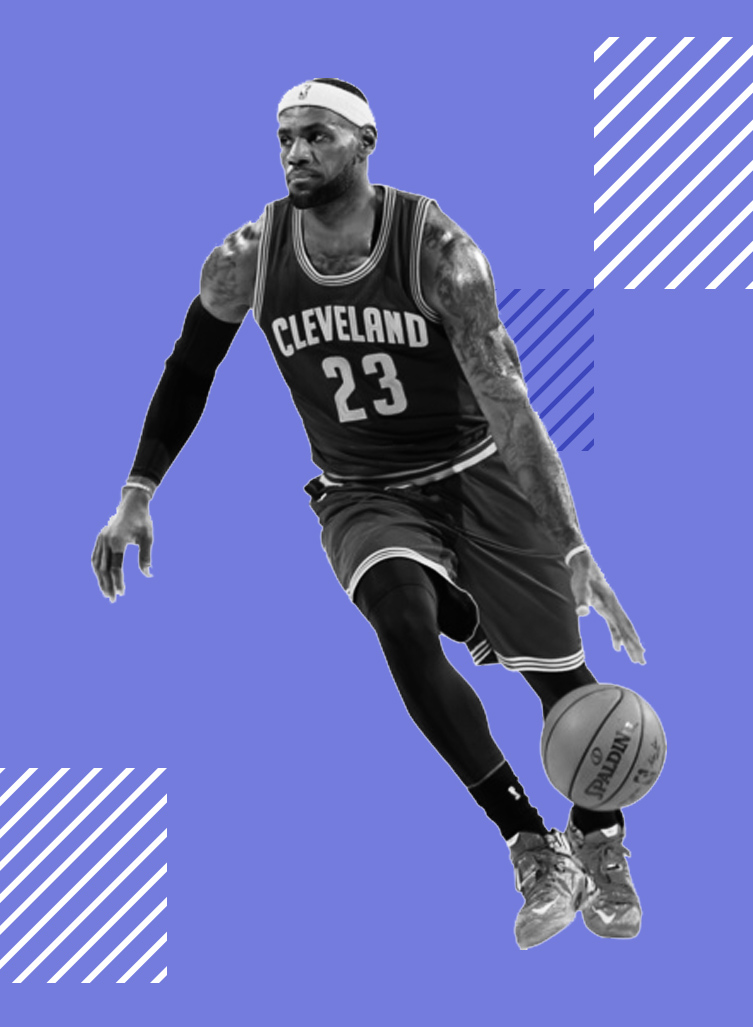 The 2010s style of basketball shorts hits the players’ legs at mid-thigh, which is more clipped, but still not as revealing as the styles of yesteryear. Players also tend to layer leggings under their uniforms.

More and more reports have been proclaiming the “end” of the type of shorts popularized by Michael Jordan, with college and high school players in particular now preferring their shorts to end above their knees, at times even rolling their waistbands to keep it higher. Even former Fab Five member Jalen Rose, now an NBA analyst for ESPN, has proclaimed that the style he helped pioneer has run its course.

The thing is, unlike the changes that took place in the ’90s, the choices players are making when it comes to their shorts are motivated by both practical purposes and current fashion trends, along with a number of other reasons. The closer and more cropped fit allows for more comfort and freedom to move, making it better for playing, and it also goes along with urban and athleisure styles of the moment.

There’s also, of course, the nostalgia factor. We can always use some old-school spirit, after all—and when you go back to basics, you realize it’s all about the game. 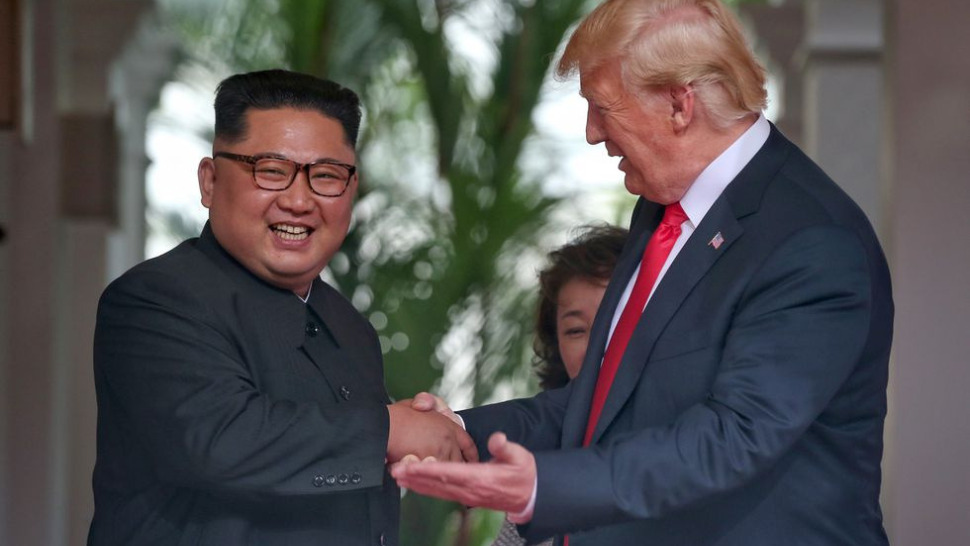 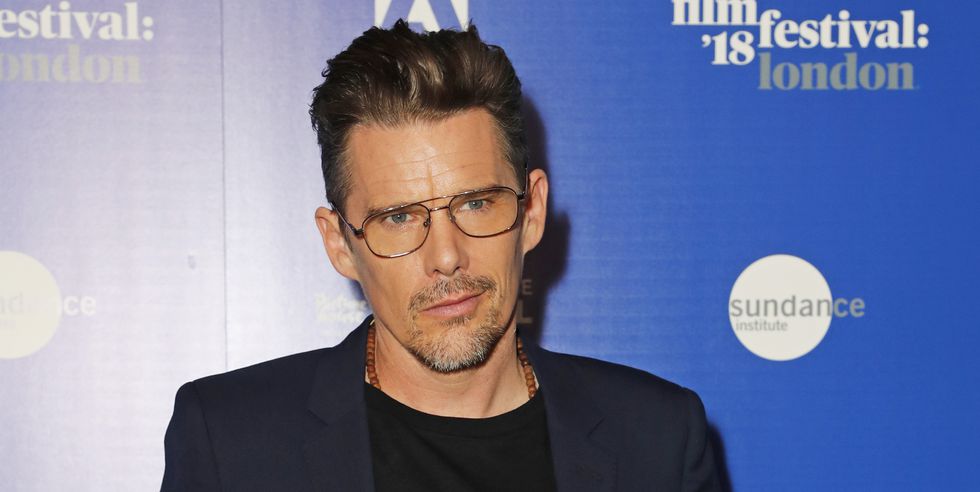