Taken from our 2017 list of 101 People You Must Meet Right Now, here are some newsmakers in the world of business in recent months. 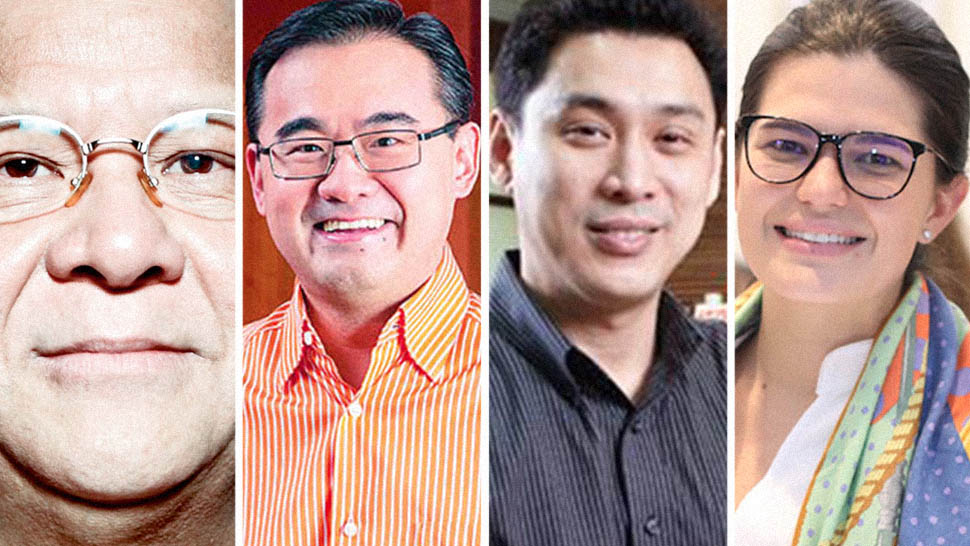 The technopreneur was one of the big winners at last year’s ASEAN Business Awards, as his game development company, Zeenoh, was voted Best Innovative SME. Founded in 2008, Zeenoh’s smartphone games are designed with a strong Filipino influence. It released Patintero Playtime in 2010, and the much more ambitious Nightfall in 2015, which features local monsters and folklore, such as the and white lady, in its gameplay. 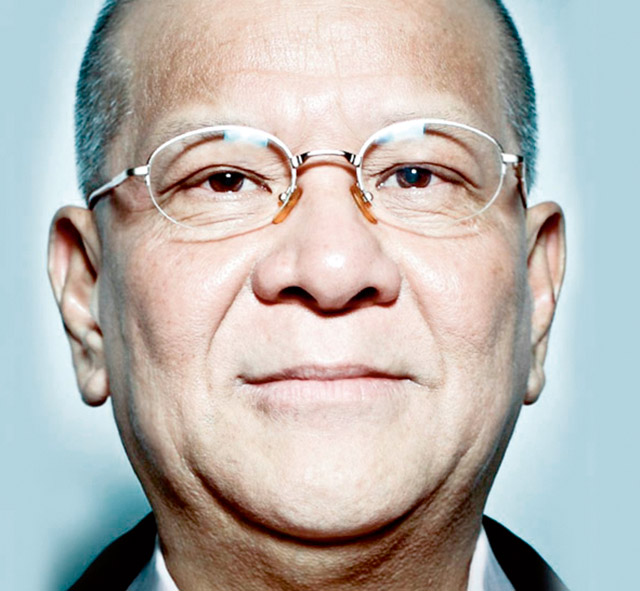 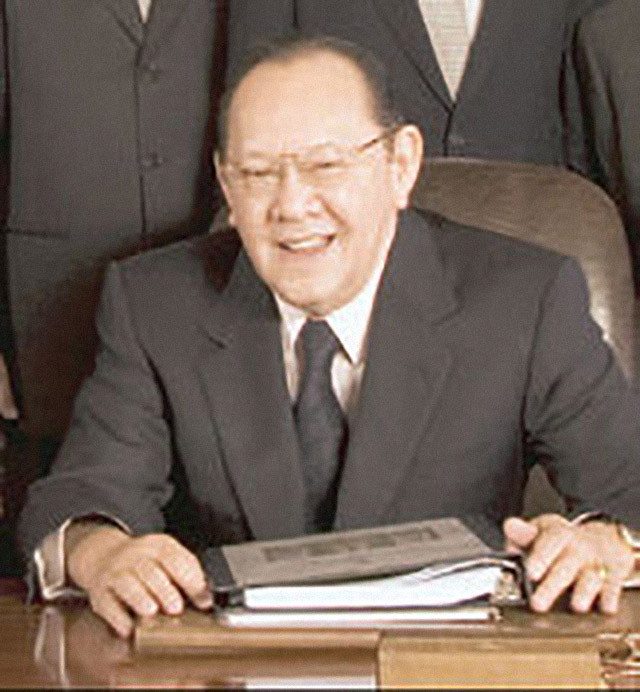 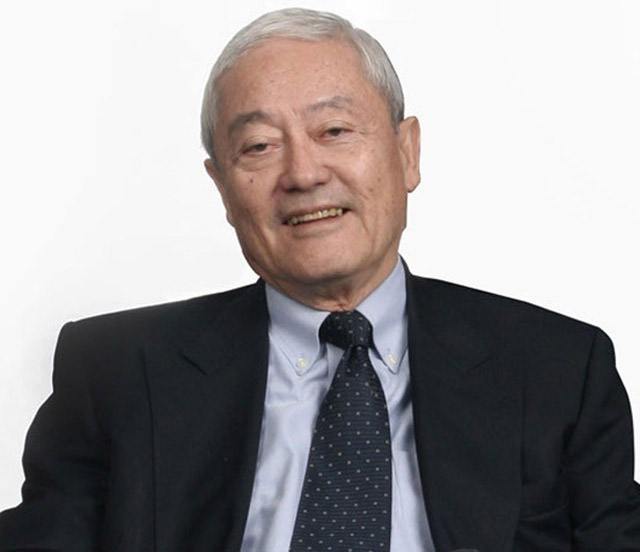 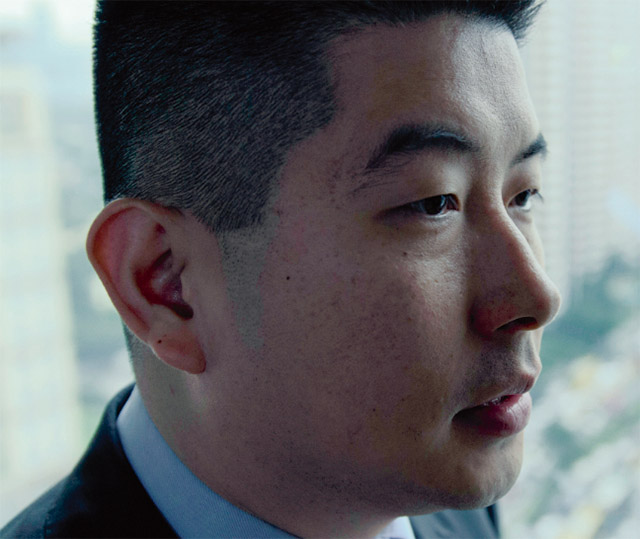 What do these men have in common? In 2017, they either returned to or joined the Forbes World’s Billionaires list (there were 14 Filipinos listed, either solo or as part of a family). The fortunes of Ang and Cojuangco are closely intertwined, as Ang was Cojuangco’s chosen successor at the mega-conglomerate San Miguel Corporation. Ang recently purchased Philippine Daily Inquirer and distribution rights for BMW. On the surface, Ongpin appears to have had a bad year, primarily after being singled out as an oligarch by the president, but somehow was able to break into the dollar billionaires’ club after missing out in 2016. Sia is the youngest Filipino on the list; he made his fortune with the Mang Inasal franchise, but he’s expanded his wealth with smart real estate deals, partnering with Jollibee’s Tony Tan Caktiong the DoubleDragon Properties firm, which is behind the explosion of City Malls in the provinces.

This group of Filipino 20-something entrepreneurs (along with Shihab Shabibi, a Philippine-based Iranian) made it to Forbes’ 30-Under-30 list—a round-up of the region’s most influential millennials. Bunal is the founder of .ph, an online microfinance company that has helped over 2,000 clients obtain loans (average amount: $2,200) through a network of lenders; the idea for Cua’s SkyEye business started as his college project in 2009. Now it designs drones for conducting aerial surveys and producing maps and city models. Javelona is a programming whiz, heavily influenced by Steve Jobs and Mark Zuckerberg. After dropping out of school, Javelona developed an app that would make enrollment at his former university easier, the PUP Mobile App. He now has his own company, Orange Apps. Ocab has been “tinkering with the internet” since the age of 12. He founded Carl Ocab Internet Marketing when he was 13, offering web design services. More recently, he founded Rich Kid Media, a web and branding company. 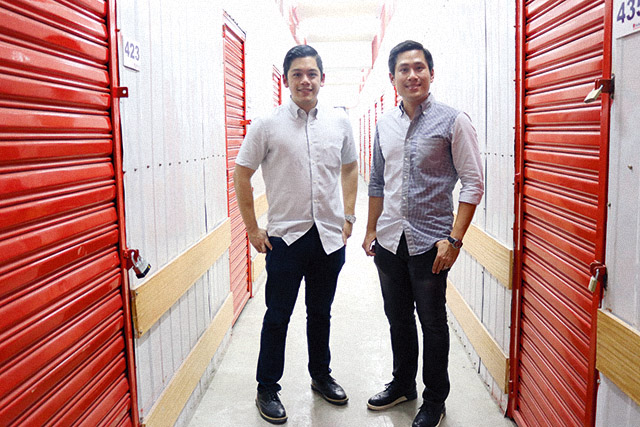 The young and enterprising brothers are behind the fast-growing firm Safehouse Storage, touted as the biggest self-storage company in the country today. Founded in 2010, Safehouse Storage has benefited greatly from the boom in new condominiums, most of which have units that are on the small size, hence the need for extra storage space. with three branches, they plan to open at least 20 branches in the near future. 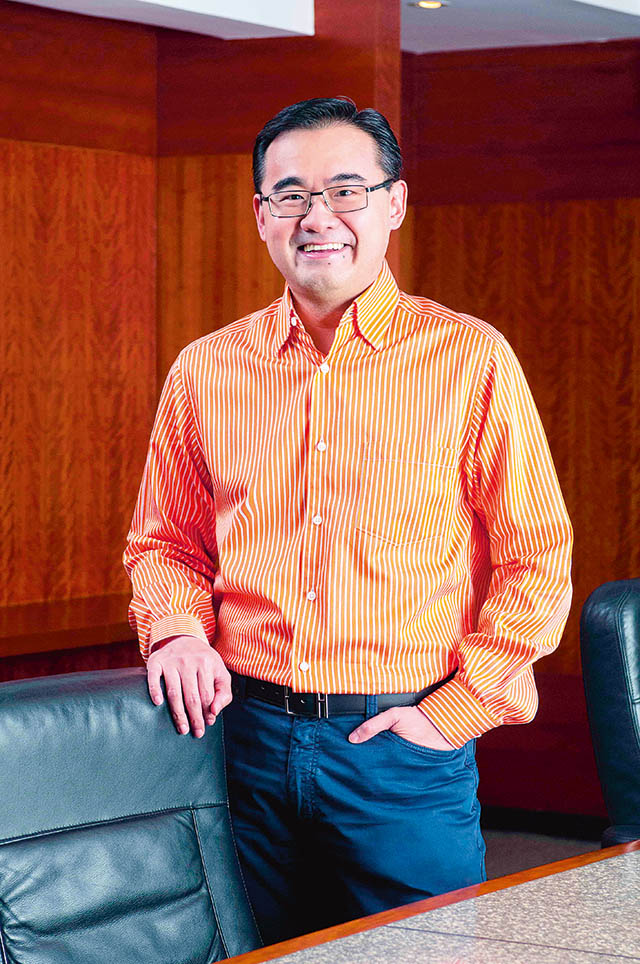 The country’s in the midst of a real estate boom, and Go, the president of Robinsons Land Corporation, is among those fueling it. At the helm of the company since 2006, Go was chosen as the 2017 Real Estate Personality of the Year at the fifth annual PropertyGuru Philippines Awards. In a statement, Go said, “We at Robinsons Land want to leave a legacy of having improved the quality of life of everyone we have touched in our businesses… We are building the business of building dreams and making life better.” 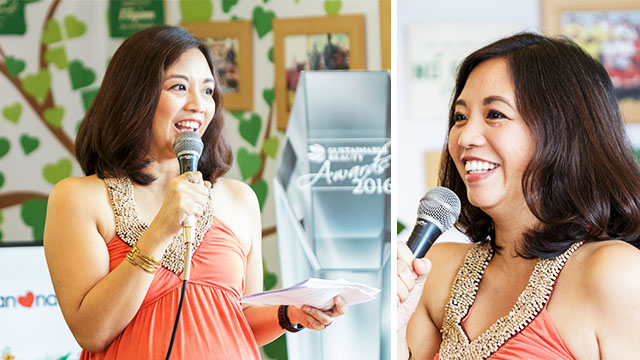 The co-founder and president of cosmetics brand Human Nature was named Global Beauty Industry Woman of the Year by the London-based trade publication Cosmetics Design. The award honors industry professionals who are “shaping the future of the cosmetics and personal care industry.” In a statement after winning the honor, Meloto Wilk said, “This award is proof that ‘Made in the Philippines’ can truly be just as good as ‘Made in France’ or ‘Made in the UK’ and I hope it will encourage other Filipinas to never give up on our country and our talented, heroic people.” 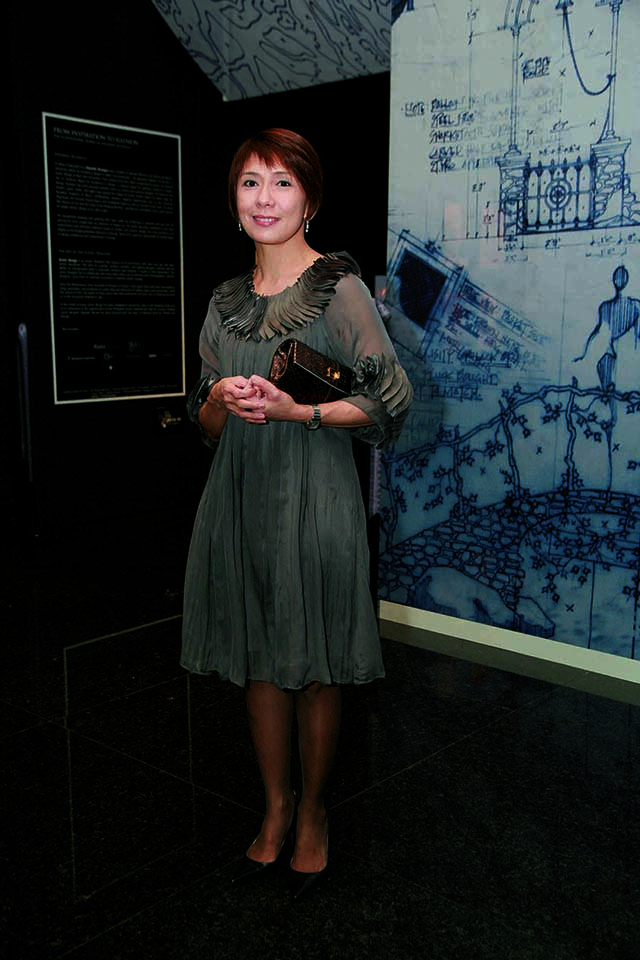 Since last October, Standard Chartered, the oldest international bank in the country has been headed by Ortiz, the first Filipina to hold the post. She was appointed as CEO after brief stint as managing director and head of the International Corporates and Financial Institutions division. Dubbed by people at the bank as a “Glo-cal talent,” Ortiz has more than 25 years of banking experience, with a wealth of knowledge in all aspects of banking.

A veteran in the global telecommunications industry, Peralta founded Manila Valley in 2015, with the aim of helping fellow Filipino entrepreneurs succeed in Silicon Valley. He recently partnered with Google Launchpad to host a in San Francisco for 11 Filipino startups, which included the recently released Jamout, an application that helps independent musicians manage their own careers, founded by Fil-Am Irwin Gonzales.

The only son of Jollibee founder Tony Tan Caktiong, Carl Brian is handling Jollibee’s expansion in China. He’s the chairman of JFC China, which handles three brands: Yonghe King, Hong Zhuang Yuan and Dunkin’ Donuts—no burgers, for now. The Chinese fast food chain Yonghe King is the biggest part of the business, with 310 stores in China as of December 2016. Just like in the Philippines, Carl Brian reveals that “hugot” ads work well in China, as sales achieved double-digit growth after a viral ad campaign. 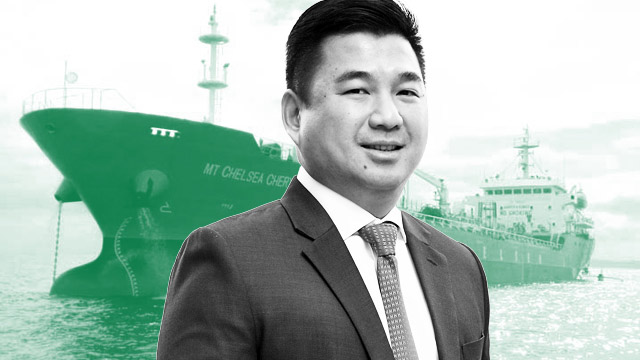 The Davao-based businessman has steered the growth of Phoenix Petroleum from a once-small oil-distribution business to a major player on the national stage—it was the first Philippine-owned independent oil company to be listed on the Philippine Stock Exchange in 2007. In more recent years, he’s started to expand the empire: He bought a franchise in the Philippine Basketball Association last year, is currently developing a casino and resort in Cebu, and just completed the acquisition of hospitality educational institution Enderun Colleges.

A former executive at Smart Communications, Valencia is a co-founder of IdeaSpace Foundation, a nonprofit start-up and accelerator. He was named by the World Economic Forum as a Young Global Leader and was invited to the Davos Conference in 2016. More recently, he became an advisor for the Science and Technology Advisory Council-Silicon Valley on initiatives in the Philippines, and is a founding advisor to QBO Innovation, dubbed the “national innovation center of the Philippines.” 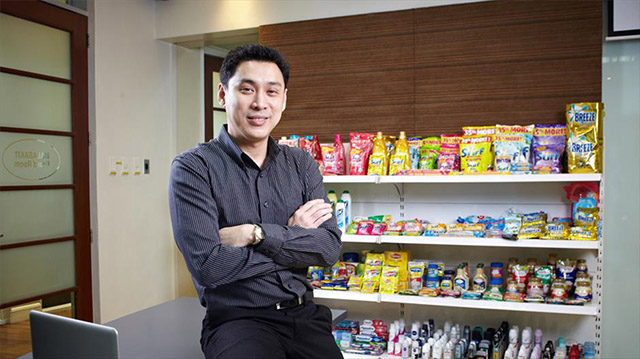 in his early 40s, Yap has the distinction of being the first homegrown chairman and CEO of Unilever Philippines in more than 30 years. Yap started working for one of the biggest multinational corporations in the Philippines in 1994, right after graduating from De La Salle University with an Industrial Engineering degree. Starting as a supply chain management trainee, Yap has held posts in numerous departments spanning R&D to marketing, gaining valuable experience before eventually landing the plum CEO post this June. 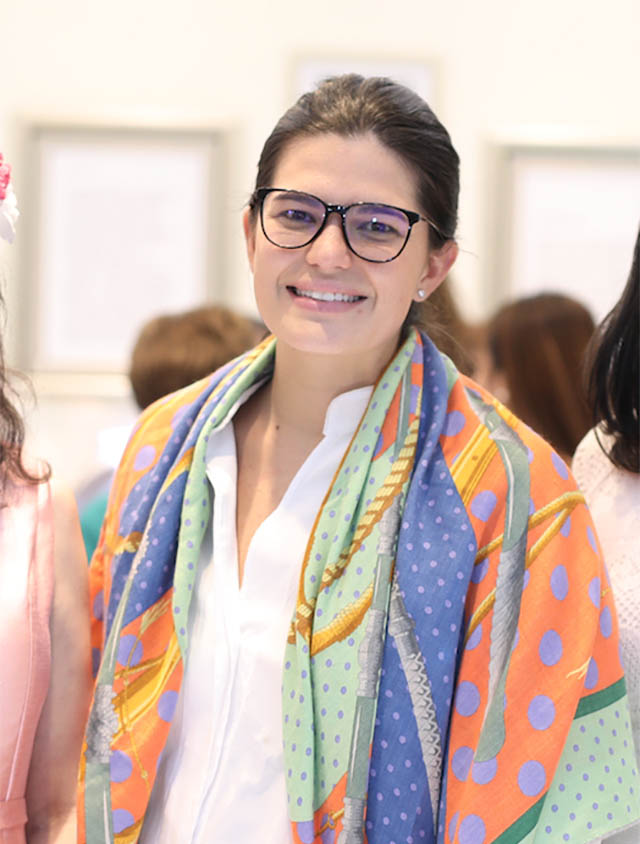 The eldest daughter of Jaime Augusto and Lizzie Zobel is helping lead the way for the family’s next generation as she takes charge of Ayala Land’s first mall in the Ortigas area, The 30th, as its general manager. Like her father and grandfather, she attended Harvard University, graduating in 2011 with a degree in Social Studies (interdisciplinary program in Philosophy, Politics, and Economics). After graduating, she joined JP Morgan in New York before coming home to join the family firm. 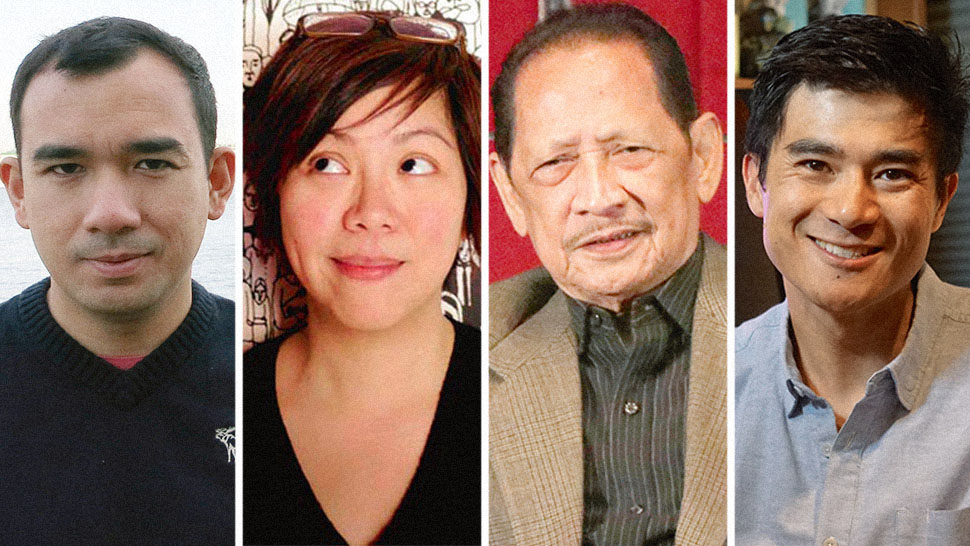 20 Filipinos Making Waves in Entertainment, Literature, and the Media Around the World
All Photos
Comments
View As List