Award-Winning Novelist Chang-Rae Lee on the Art of Writing

The author reveals his thoughts on the writing process, telling history like it is, and how his mother kicked butt (in basketball). 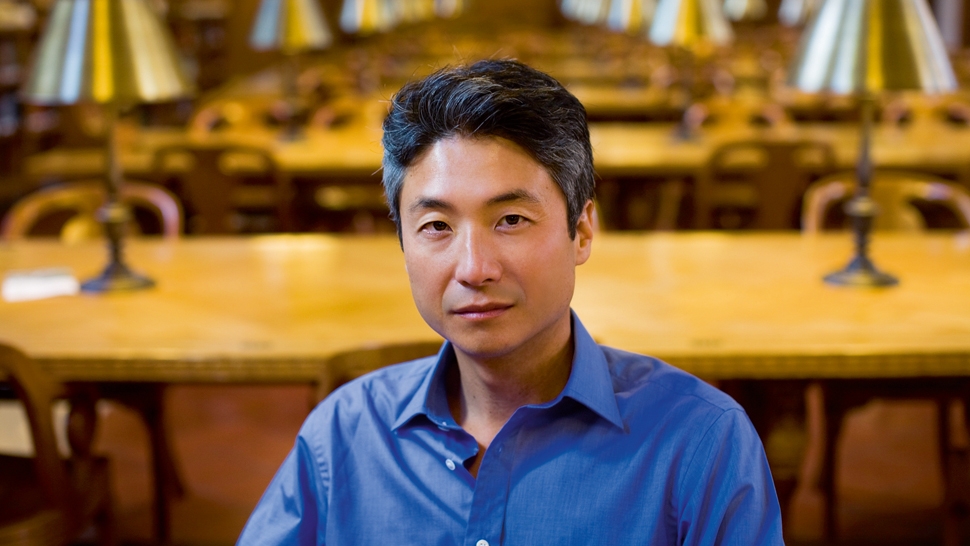 Korean-American novelist Chang-Rae Lee published his debut novel, Native Speaker, 20 years ago. It was a rousing success—critically and commercially, winning a number of awards to go with its New York Times bestseller status. Four more novels later Lee is still at it, currently doing research for his sixth. Now a professor of creative writing at Princeton University’s Lewis Center for the Arts, Lee is guiding the next generation of writers in achieving their literary dreams.

You wrote Native Speaker when you were just in your 20s. Did you have any idea how well it would do?

No. Honestly, I was just happy that the publisher wanted to do it. It’s a strange story—a story of assimilation and identity—I never expected anyone would want to read it.

You won the Ernest Hemingway Foundation Award for it. Was he one of your heroes?

He was! But he had a different kind of “music,” something I enjoyed very much. His stories of war were very instructive. His style is very bare but very emotional. When I write something I want it to be emotional, not just intellectual. In A Gesture Life, I wrote about the Korean comfort women, a very difficult subject matter. It wasn’t easy, but their stories had to be told.

Another book, The Surrendered, had many disturbing situations in it as well.

Yes. As you can see, it was pretty gruesome. But I suppose because of what the book is about, I felt that it was important not to make the book pleasurable. It would be weird to read a book about war and feel good about it. I wanted the reader to feel as if they had also gone through something.

The accident in the beginning of that book was based on a real incident.

Yes, the train accident happened to my father’s brother. It was very shocking stuff. My father went on to live a normal life, but that was something that always stayed with him. It wasn’t something he liked talking about. He always became very emotional. It is something that the book is also about, the aftermath of war and how it changes people.

Your father came from North Korea?

Yes, that’s right. But he wasn’t very traditional; he was a psychiatrist, so it gave him a broader view of people—what they do, how people really are. He wasn’t strict. He was pretty liberal. It was my mother who was strict.

She was a basketball player.

That’s true, she came to Manila in the 1950s and her team won the Asian Basketball Championships. Kind of cool, isn’t it?

Your last book, On Such A Full Sea, is about a different kind of war; losing the battle against climate change and then a racial conquest, with ethnic Chinese repopulating what was once the United States.

The book is also about how the larger context has changed circumstances for people. The context of how people live, what they can earn, how they go about their lives. Certain structures of society, how it affects their psyche, how it affects their expression of humanity. There’s a little bit of love in it, but it is not really a love story. It’s more of a quest story.

You got into teaching by accident, but did you always dream of being a writer?

I always wanted to be a writer. I never thought I would teach. But once I started, I enjoyed it. It was a nice companion occupation to being a writer.

Oh, sure. I’ve had a lot of good students, Gary Shteyngart and Lysley Tenorio among them. Such good writers and their careers are still developing.

What’s the best part about meeting your fans?

I’m lucky at this point, because a number of people have read all my books. This is the fun part about meeting readers: I meet people for whom a certain book is their favorite. Some will love The Surrendered even though it was devastating, that’s the one they find the most beautiful. I guess it reflects something in the readers that they want to come out. One can never tell. 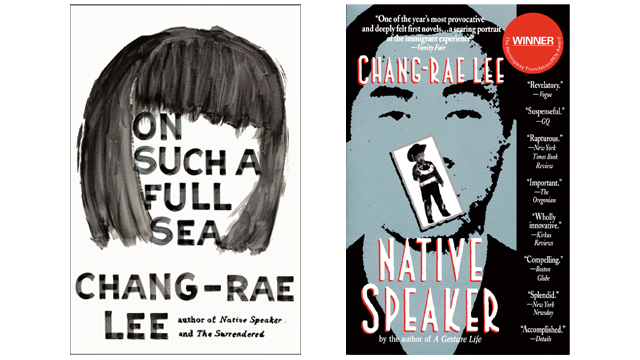 A GESTURE LIFE (RIVERHEAD, 1999) Told mostly in flashback form, the protagonist here is a doctor in the Japanese Imperial Army who treated Korean comfort women during World War II. The experience haunts him for the rest of his life and affects his relationship with his adopted daughter.

ALOFT (RIVERHEAD, 2004) In this satirical novel, Lee chronicles the unraveling life of Jerry Battle, a recent retiree. Jerry’s second wife leaves him for a millionaire lawyer, his children stop speaking to him (and then to each other), and Jerry’s father goes missing from a retirement home. Is escape the answer?

THE SURRENDERED (RIVERHEAD, 2010) Perhaps the most difficult of Lee’s works, it unflinchingly details the horrors of war and its aftermath. Through the characters Jun, a Korean war survivor, Hector, an American soldier, and Sylvie, a missionary’s wife, we feel suffering, pain, guilt, and the will to live.

NATIVE SPEAKER (RIVERHEAD, 1995) Lee’s debut novel features a spy, but it is not a spy thriller—instead, look for themes of alienation, assimilation, and ultimately betrayal, from the people we love and whom we trust.

ON SUCH A FULL SEA (RIVERHEAD, 2014) Dystopian novels have been in vogue lately, and Lee’s proves there is still much for this genre to offer. Going beyond mere science fiction, Lee takes us on a quest: to search for a young woman’s lost and to help a group of people find out who they really are. All available at National Book Store.