The Most Creative Families of the Philippines

The families who design, create, and entertain, all in good taste. 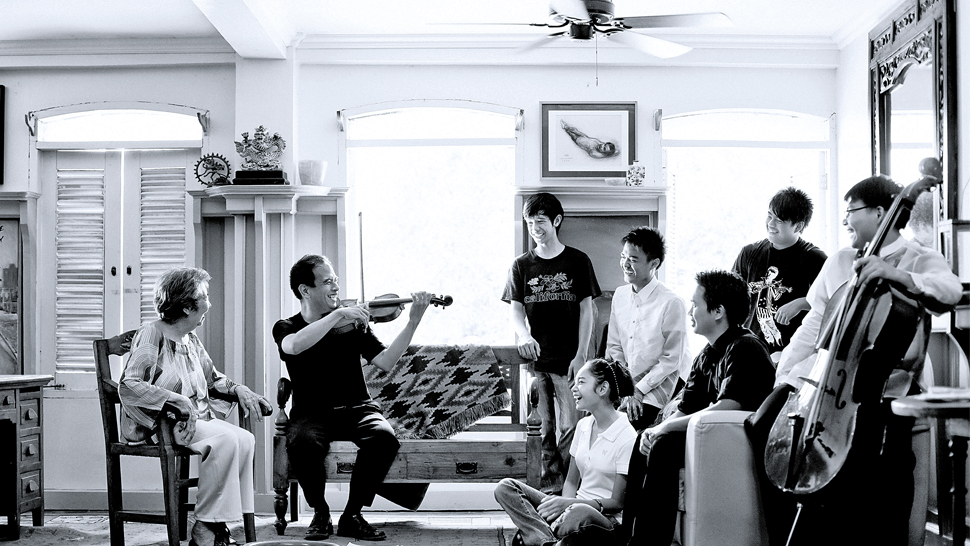 Town&Country presents its first-ever list of Manila's Most Prominent Families. On this four-part list, we've narrowed down the city's most respected names and selected the very best. You may find the rest of the series linked below.

BOLIPATA
There really is no better way to describe the talented Bolipata clan than to quote a passage from an essay of one of its members, Rica Bolipata-Santos: “Let me introduce us the way our parents would: There is Jed, the pianist; Chin, the cellist; , the painter; Coke, the violinist; Non, the lawyer and then me, Rica, the writer.” The Corpus-Bolipata estate in Zambales (home to Ramon Corpus, a celebrated violinist and composer and maternal grandfather of Rica and her siblings) is now better known as Casa San Miguel, a haven for music and artistry, run by Juilliard-graduate Coke. 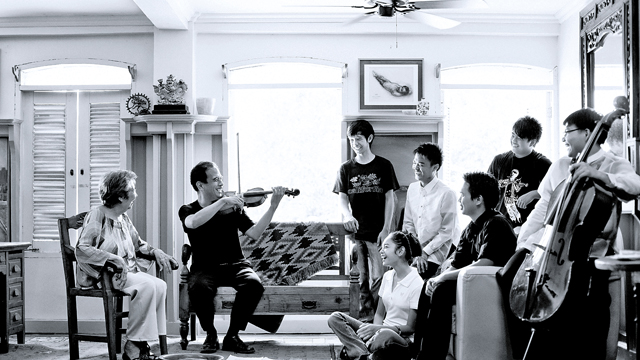 Coke Bolipata and his mother Elenita, with the scholars of Casa San Miguel

CALMA
Like father, like son? Yes and no. In terms of personality, architects Lor and Ed Calma couldn’t be more different; when it comes to design, they share the same vision, favoring a style that involves “clean lines and modernism,” to quote the elder Calma. In that aspect, the Pratt Institute- and Columbia-educated Ed is a chip off the old block; just take a look at his masterworks, the supremely modernist edifices of the College of Saint Benilde School of Design and Arts and the Mind Museum in Taguig. Now another family member is fast-rising in the architectural world, Carlo, the son of Lor’s brother Pabling, who is himself one of the top contractors in the country. 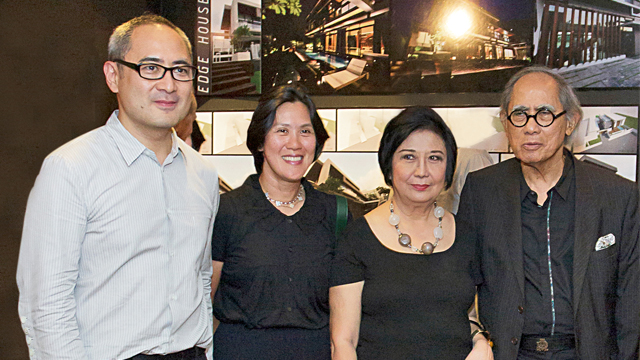 Architects Ed and Lor Calma with their wives Suzette and Telly

CAMACHO
The country’s art lovers recently had an intimate look at the works of celebrated Japanese avant-garde artist Yayoi Kusama at the Ayala Museum, thanks to art collectors Lito and Kim Camacho, both graduates of Harvard. Lito, a top banker and former secretary of finance, and Kim, an art expert who used to head the Philippine branch of an international auction house, are also the parents of an artistically inclined brood of six. Among them, daughter Bea is noted for her whimsical knitted creations while son Enzo collaborates with Amy Lien for most of his contemporary art projects. The next two siblings, Carlos and Anuncia, are in international finance like their dad. 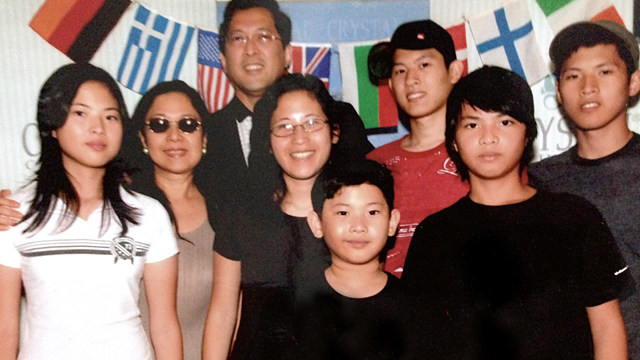 COSCOLLUELA
When the majestic Zuellig building was finally completed a few years back, it was another feather in the cap for WV Coscolluela and Associates—56 years after the firm’s first commission, it’s still plowing on, pushing the boundaries of architecture and design. The man behind it is the easygoing architect, William; the “associates” part of the name includes his twin sons, Gil and Gary, and eldest son Gerard handles the firm’s finances. While the men build it, the family’s ladies are creative in their own right. William’s wife Marion is a renowned interior designer and their daughter Mara is capably following in mom’s footsteps. 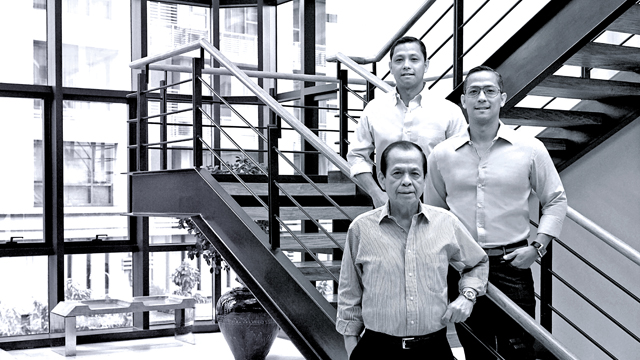 DE GUIA
Does the name Eric de Guia ring a bell? You may know him better as Kidlat Tahimik, the Baguio-based film director, writer, and actor of the seminal independent cinema classic, Mababangong Bangungot. While filming the movie in Europe, he met the scholar and stained glass artist Katrin Mueller who later became his wife. Coming from such a deep artistic gene pool, the couple’s brood of thre —Kidlat, Kawayan, and Kabunyan—have excelled in various creative arts. In 2009, the family put its diverse talents on full display in the memorable “K+KKK+K=Ayos (Order in Chaos) exhibit.

DEL ROSARIO
In 2000, the Cinemanila International Film Festival presented a lifetime achievement award to Vicente “Boss Vic” Del Rosario of VIVA Entertainment. While deserved, it may have been a bit premature—13 years later the man is still at it, constantly adding to the list of movies (more than 400 so far) that he’s produced. VIVA is very much a family affair, with his children having major roles in the company. Daughter Veronique oversees the talent management, keeping stars such as Anne Curtis and Sarah Geronimo in its stable, while son Vince is responsible for content development as well as operations for VIVA’s film, TV, and music production.

EIGENMANN
“You're nothing but a second rate, trying hard copycat!” Even if you know next to nothing about Philippine cinema, you can probably quote Cherie Gil’s classic insult word for word, complete with water-throwing motion. Cherie is one of three children born from the reel and real life tandem of Rosemarie Gil and Eddie Mesa (born Eduardo Eigenmann); her siblings are actors Mark Gil and Michael de Mesa. This second generation spawned a slew of showbiz personalities including Ryan, Geoff, AJ, Ira, Maxene, Andi, and Gabby Eigenmann. 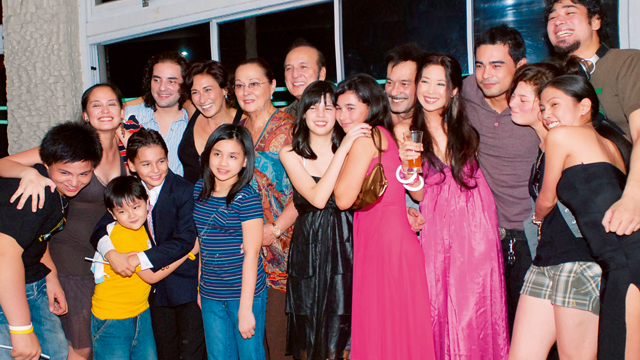 LOCSIN
It’s hard following in the footsteps of a famous father, more so if he’s been designated a national artist. Andy Locsin, however, is faring admirably, blazing an architectural trail distinct from that of his father Leandro “Lindy” Locsin. While the father gained distinction for his massive concrete structures (Cultural Center of the Philippines, Church of the Holy Sacrifice in U.P., Palace of the Sultan of Brunei), Andy is noted for his use of steel and glass (Ayala Tower, new Ayala Museum). He had also been tapped to revamp the Ninoy Aquino International Airport. Andy and his wife Mailin Paterno are among the founders of the Beacon School.

MANAHAN
A doctor who co-founded the Makati Medical Center and a young woman, widowed at just 17—who would have thought that the pairing of Dr. Constantino Manahan and Elvira Ledesma would work? But that it did, until her death in 1986. The couple’s children are Johnny, one of the most respected television directors and talent managers today, and Bonggoy, a lawyer who frequently dabbles in theater, and Joselito. Johnny and wife Tats’ children Juana and Liliana have the creative gene running in their veins, and so do Bonggoy’s children: daughter Patty was in the Dutch production of Miss Saigon and son Niccolo is also an actor. Joselito’s son Joey is a Councilmember in Hawaii. 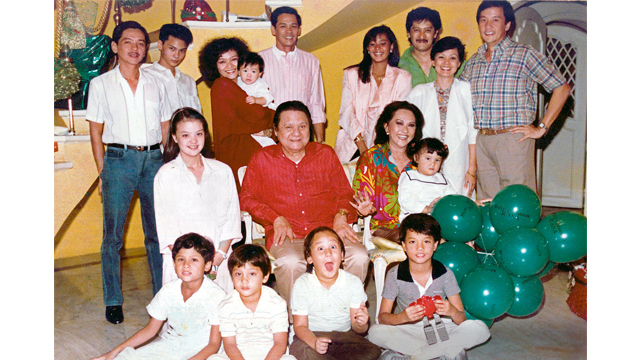 Dr. Constantino Manahan and Elvira Manahan with their talented family

MAÑOSA
Acclaimed for adhering to the principle of “Philippine architecture for Filipinos,” Francisco “Bobby” Mañosa is the man responsible for the elegant, yet distinctly Filipino architecture of Amanpulo Resort, Shangri-La Mactan, and the Coconut Palace, as well as the unique terrace-like structure of San Miguel Corporation’s headquarters. Bobby’s three children are continuing his vision, as they each head their own divisions in the family companies. The eldest, Dino, is the head of the family’s holding firm and head of Mañosa Properties; Gelo is the CEO of the architectural firm; Bambi heads Mañosa Interiors. 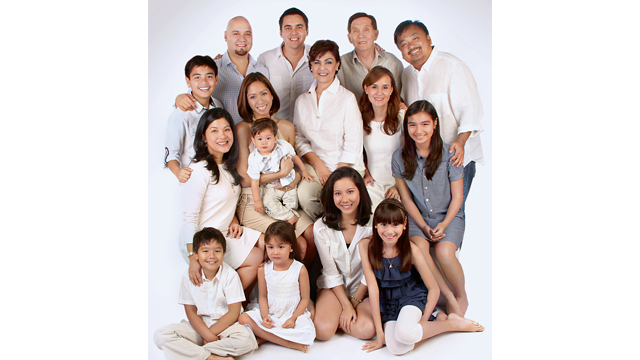 Architect Bobby Mañosa and his brood

SANTOS
If you think pop stars are the only ones known by a single name, think again. Stars of the art world have been doing that since, well, forever. On these shores, the artist Mauro Santos has gone by his moniker Malang since the 1950s. Though comic illustration was his bread and butter, he established himself as an artist of note by winning several art competitions. Two of Malang’s four children have taken up the brush themselves: Steve Santos, known for his “magic realist” style of painting, and Soler Santos, whose current obsession is exploring ecological themes on canvas.

SIGUION REYNA
There was a time when cousins Cris Villonco and Rafa Siguion Reyna were entertaining audiences on stage, starring in two separate theater productions. They’re but the latest in a line of artistically inclined family members. Their grandmother Armida Siguion Reyna became famous for her opera singing and was the star and producer of the long-running musical show Aawitan Kita (her sister Irma Potenciano was a famed opera soprano, too). Armida’s children were equally creative: Carlitos is an award-winning film director (married to veteran actress Bibeth Oropesa) while Monique was a television producer and the founding editor of the Town & Country magazine. 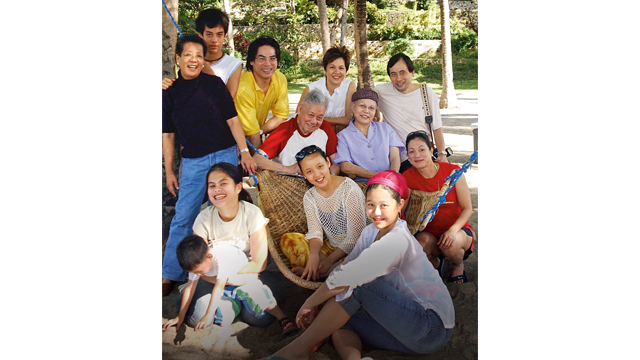 Read the rest of the series below: 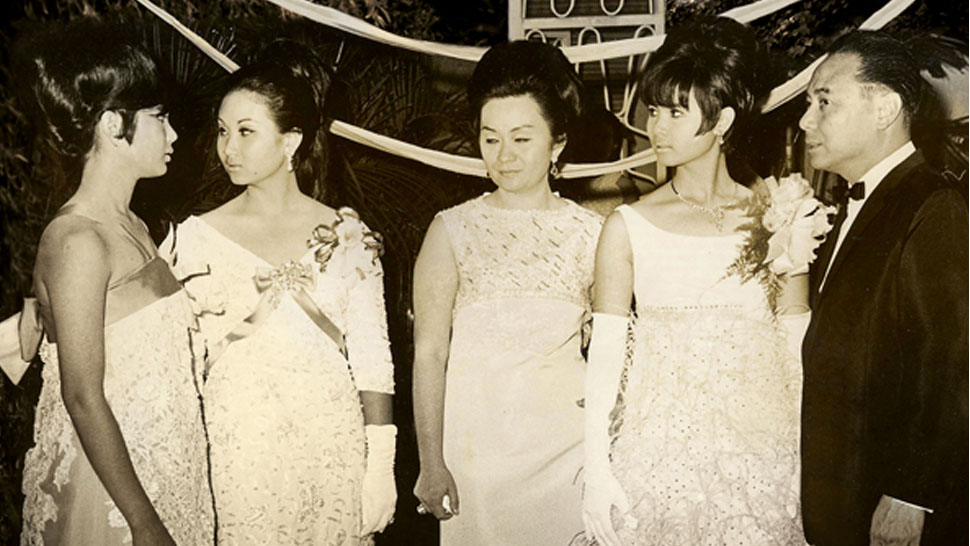 Aboitiz to Zobel: The Most Powerful Families of the Philippines 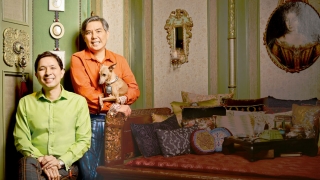