The families who have been influencing the past and present of the Philippines for generations. 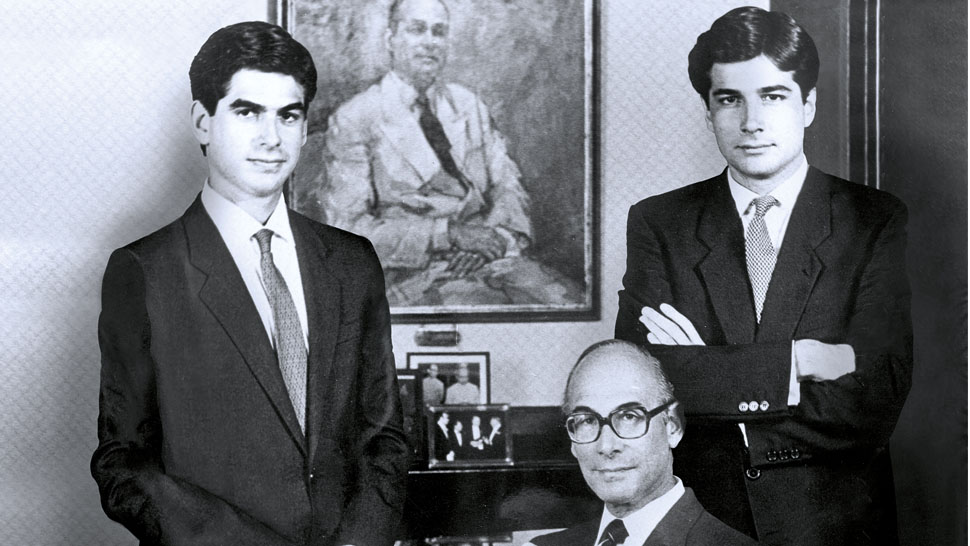 Town&Country presents its first-ever list of Manila's Most Prominent Families. On this four-part list, we've narrowed down the city's most respected names and selected the very best.

According to family lore, the first Montinola to reach Philippine shores was Juan Montinola, who arrived in 1781 from Malaga, Spain. By the mid-1800s, the family had already risen to prominence in Iloilo. Ruperto Montinola, the great-grandfather of former Bank of the Philippine Islands president Aurelio “Gigi” Montinola III, was even elected the province’s governor. It was Aurelio Sr., a lawyer, who established the family in Manila shortly after World War II. One of his sons, Aurelio Jr., married Lourdes Reyes, the only daughter of Nicanor Reyes, the founder of Far Eastern University. Since Gigi stepped down from BPI, he’s busied himself with being the FEU’s vice chair, sitting on the board alongside his mother, sister Gianna, and brothers Juan Miguel and Anton. 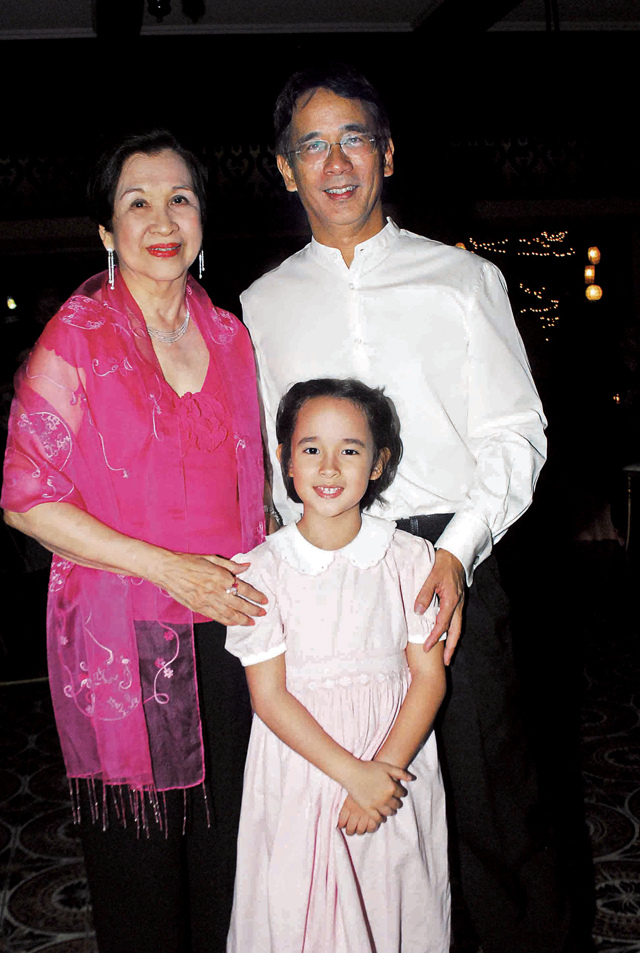 The family currently engaged in banking, power, and real estate among many other ventures traces its history in the Philippines to a Spaniard of Basque origin, Paulino Aboitiz, who arrived in the 1870s. He married the daughter of a well-to-do merchant a few years later, and started the rise of the Aboitiz clan in the southern Philippines, first in Leyte and later in Cebu. Starting with abaca trade, the family diversified following the claim of Paulino’s son Ramon (1887-1974) that “Any business where we can make money, we will go into.” Today, the family conglomerate Aboitiz Equity Ventures is chaired by Jon Ramon Aboitiz while his second cousin Erramon is the president and CEO. 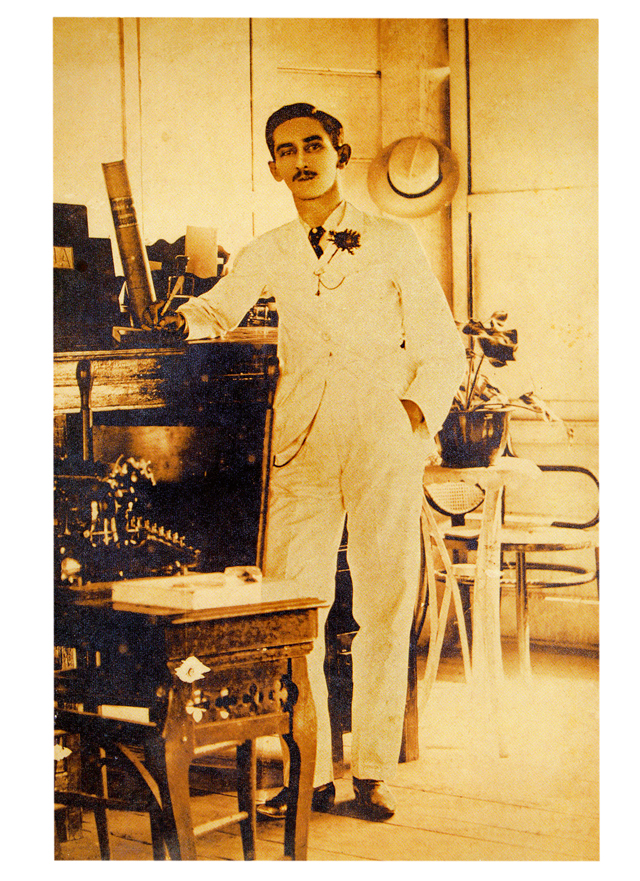 The family used to be a fixture in politics, but as the clan expanded, so has its realm of influence in society. Today’s generation of prominent Laurels are descendants of the nine children of José P. Laurel (1891-1959), the third President of the Philippines. Among the notables in the brood were former Vice President Salvador “Doy” Laurel, former Senate President Pro Tempore Sotero Laurel II, former House Speaker José Laurel Jr., and Arsenio Laurel, whom sports buffs will remember for winning the Macau Grand Prix twice. In this generation, we have the educators Bobby and Peter Laurel of Lyceum University (Manila, Laguna, and Batangas), fashion designer Rajo Laurel, stage actors Cocoy and Franco Laurel, and television personalities Patty and Denise Laurel. 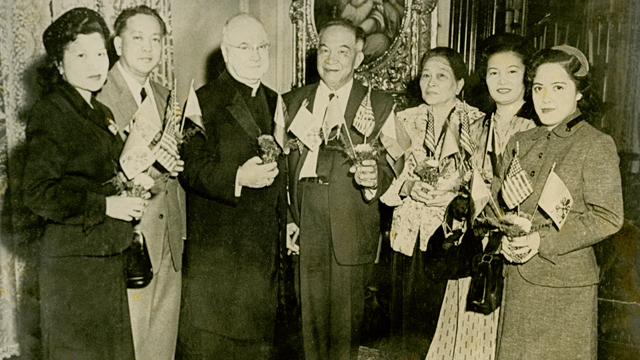 The family behind the Ayala Group of Companies (Ayala Land, BPI, Globe Telecom, Manila Water) traces its roots in the Philippines to Antonio de Ayala, who arrived in the early 1800s. The Zobel part of the name comes courtesy of Jacobo Zobel, who married Trinidad, Antonio’s daughter. The current patriarch, Jaime Zobel de Ayala, is happily retired, stepping down to devote more time to his photography hobby, most likely. His two sons, Jaime Augusto (“JAZA”) and Fernando, out of the seven children, work for the Ayala group. JAZA’s daughter Mariana, a Harvard graduate, works with Ayala Malls. His son Jaime Alfonso, also a Harvard grad, works at Globe.

Few families have gone through the ebbs and flows of fortune like the Lopezes of Iloilo. Guiding the family through its most difficult times was Don Eugenio Lopez (1901-1975), who resurrected the family fortunes (drawn mostly from sugar) after World War II, only to lose almost everything in the dark days of martial law. Though he didn’t live to see his companies (Meralco, ABS-CBN, Manila Chronicle) returned to the family, his sons (“El Capitan”), Oscar, and Manolo ushered in a new era of prosperity after the 1986 EDSA revolution. The next generation is led by Piki Lopez (First Philippine Holdings) and Gaby Lopez (ABS-CBN). 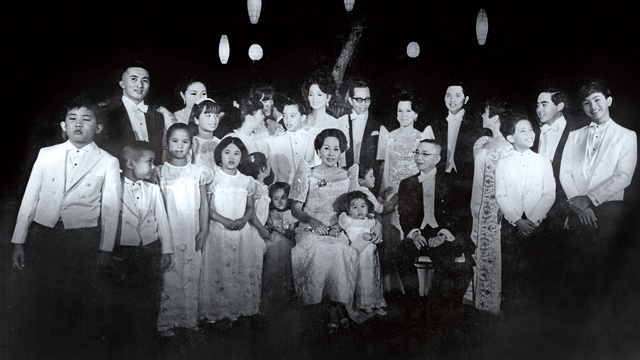 The Lopez clan during Eugenio and Pacita's Ruby Anniversary in 1968

No list about Philippine families is complete without mentioning the Cojuangcos. The descendants of a Chinese immigrant, Co Yu Hwan, members of this extended family have become influential in business, politics, and society, settling first in Bulacan and then Tarlac. From the second generation, Melecio Cojuangco’s children were Jose Cojuangco Sr. (the father of Corazon Aquino and Peping Cojuangco), Antonio (the father of PLDT’s Ramon), and Eduardo Cojuangco Sr. (Danding’s father). The fifth generation Cojuangcos include President Noynoy Aquino, Tonyboy Cojuangco, Mikee Cojuangco-Jaworski, Congressman Mark Cojuangco, and Charlie Cojuangco. 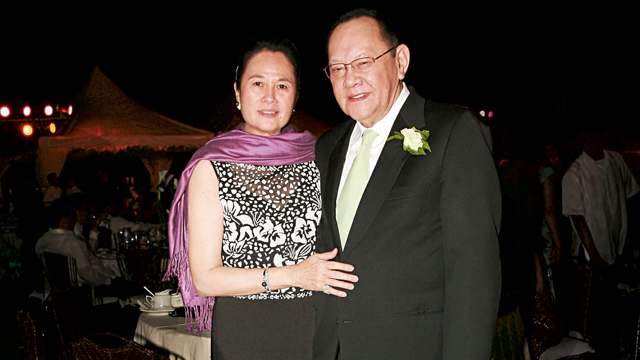 In 1975, Muhammad Ali and Joe Frazier’s “Thrilla in Manila” put the country on the world’s sporting map. One of the stars of the show is still in place today, the majestic Araneta Coliseum, the crown jewel in industrialist J. Amado Araneta’s self-named Araneta Center in Cubao. This branch of Aranetas owes the start of its fortune to Juan Araneta, who founded the Ma-ao sugar refinery in Bago, City, Negros, over a century ago. The family patriarch today is Jorge Araneta, who keeps a tight watch over the Araneta Group with the help of his siblings Judy Araneta Roxas (mother of Mar Roxas) and Maria Lourdes "Baby" Araneta-Fores (mom to Chef Gaita Fores). 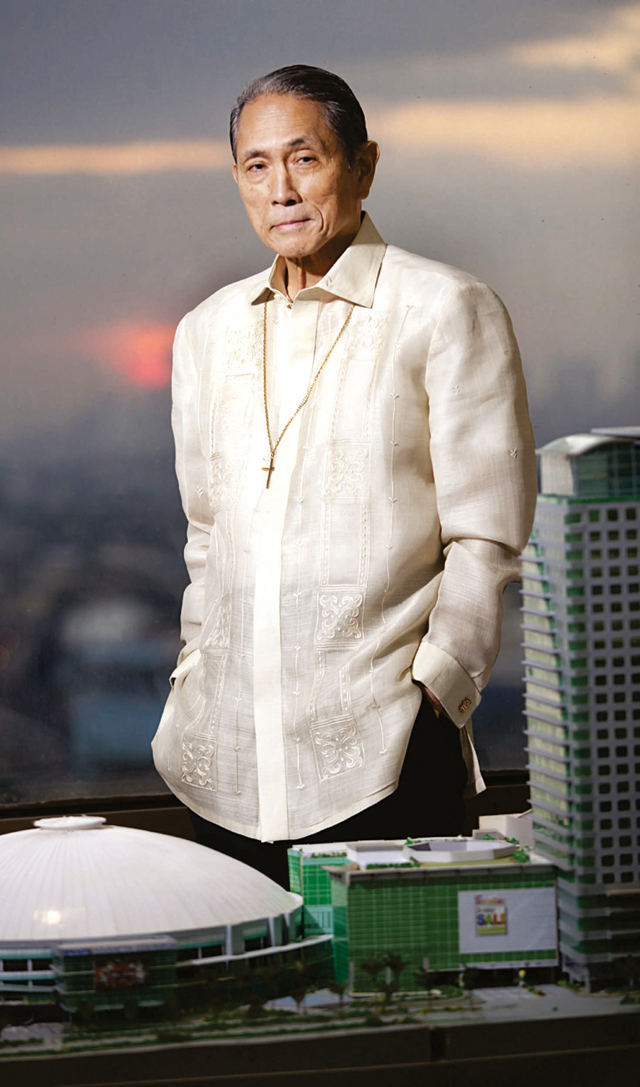 Another family with Basque origins, the Elizalde name has been prominent for more than 150 years, first gaining notice through Don Joaquin Elizalde, a sugar baron in Panay and Negros, whose descendants would acquire Tanduay Rhum from the Ynchausti family in the 1920s. Though the Elizalde clan sold the liquor company to Lucio Tan in the 1980s, it still has significant land holdings and one descendant, Don Joaquin’s grandson Fred Elizalde Jr., still owns of Manila Broadcasting Company running it with his son, Juan. Fred’s wife, Lisa Macuja, heads the prestigious ballet company Ballet Manila. Other well-known Elizaldes include Francisco Elizalde (married to Pamen Roxas) father to Patxi, Santi, and Carlos.

The family name is virtually synonymous with Binondo, Manila’s Chinatown. On its most important avenue stands a statue of the clan’s founding patriarch, Don Roman Ongpin. A dealer in art supplies, his store El 82 was patronized by the likes of Juan Luna and Felix Hidalgo—but his most important contribution to society was being a supporter of the Philippine revolution. Today, his descendants still make the headlines and society news—including former Town&Country cover subjects Lisa Ongpin Periquet and Michelle Ongpin. The two are the offspring of the brothers Jaime (Jimmy), the former finance minister under Cory Aquino, and Alphaland chairman Roberto (Bobby), respectively. Another scion of the clan, Deanna Ongpin-Recto is a champion of the arts as is Jaime’s widow, Maribel. 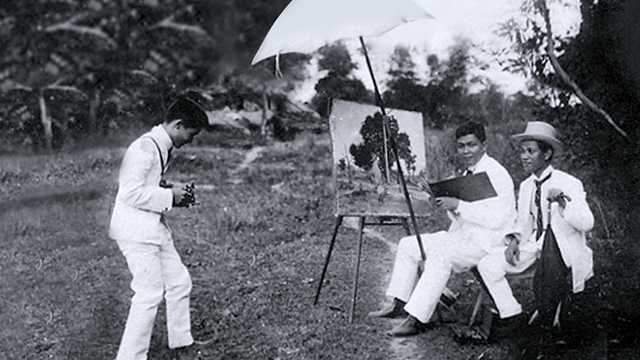 The Ortigas clan’s vast landholdings from Francisco “Don Paco” Ortigas (1875-1935), a successful lawyer who 1931 purchased the Hacienda de Mandaloyon from the Augustinians, in partnership with Vicente Madrigal and a few others. The 4,033-hectare property spans the cities of San Juan, Pasig, and Quezon City. If you’ve ever wondered who Julia Vargas is while driving in Ortigas Center, it is none other than Don Paco’s wife. The properties are managed today by the family’s holding firm Ortigas & Co. Limited Partnership Holdings. Among the key people in the clan are Rafael Ortigas Jr., Fernando Ortigas, Ignacio Ortigas, Francisco “Pacqui” Ortigas III, and “Ish” O. Montilla, the son of Chari Ortigas. 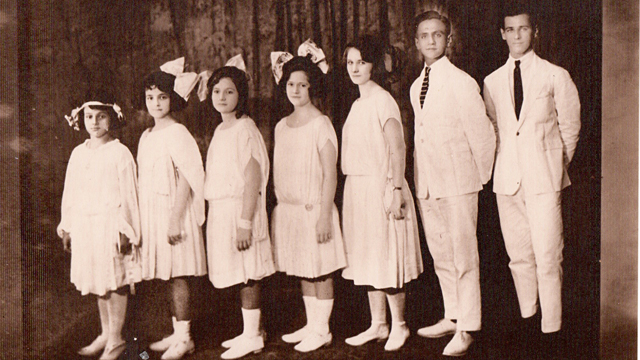 From humble beginnings in Albay, Don Vicente Madrigal amassed an empire built on shipping, coal, cement, and real estate to become one of the country’s wealthiest men as well as a senator in the mid-20th-century. His wife Susana was his lucky charm, as it was she who had the foresight to buy large tracts of land in Mandaluyong, Muntinlupa, Canlubang, and Laguna. Upon his death, Don Vicente’s wealth was equally divided among his seven children, but it was Consuelo Madrigal (1921-2008) who achieved the greatest prominence in business and social circles, especially known for her philanthropy. Paz, another daughter, also became a Philippine senator in the 1960s. The Madrigal legacy lives on through the grandchildren of Don Vicente and Susana, which include brothers Vicente II and Gerardo Madrigal, Chu-Chu Madrigal, former senator Jamby Madrigal, and Ging Gonzales-Montinola. 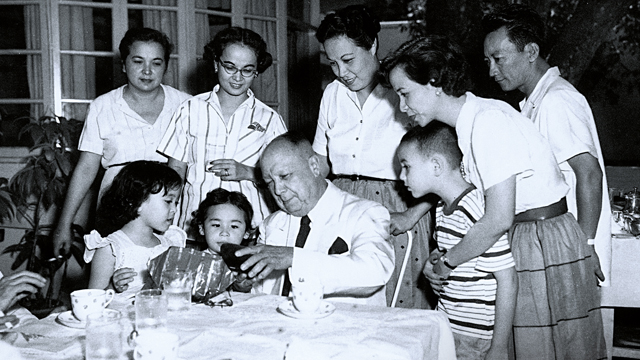 Don Vicente Madrigal with his grandchildren 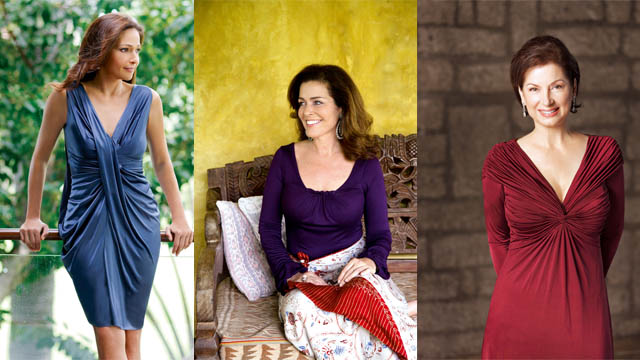 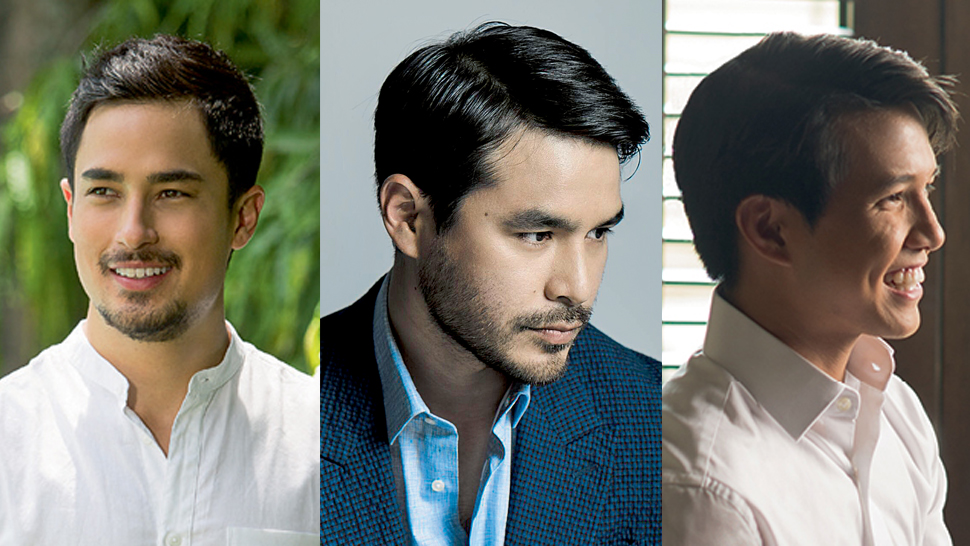 The Most Eligible Bachelors in the Philippines 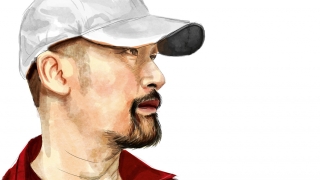