Some worthwhile activities to check out with family and friends this month. 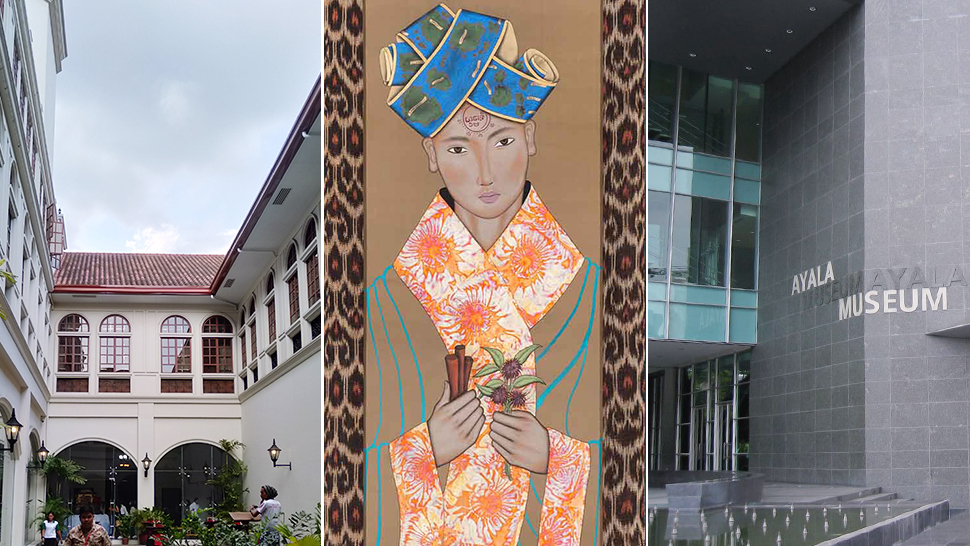 May will see an eclectic mix of arts and culture events in Metro Manila, as well as a special event for those who happen to find themselves in Milan this time of year. International Museum Day also happens on the 18th, so expect your favorite institutions to have a few surprises in store.

Here are some of the more notable events that have been announced for the month, as of this writing:

May 2: Opening of Museo de Intramuros 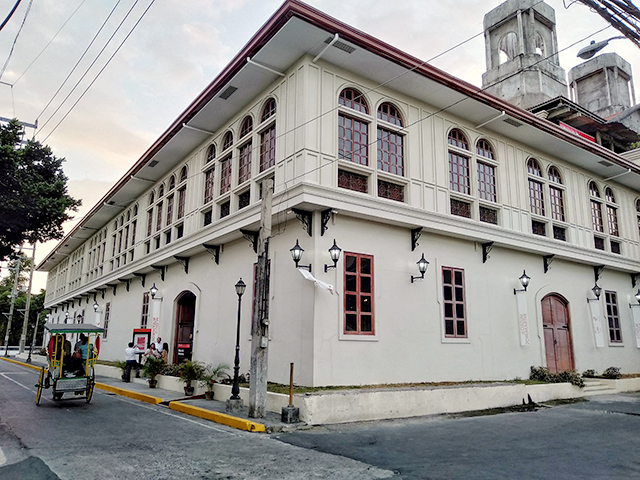 The new Museo de Intramuros, which opened to the public on May 2, will be exhibiting an assortment of rare religious artifacts on a three-month rotation. Its debut collection features colonial-era works depicting various saints and members of the Holy Family. Of particular note are the undated, unlabelled pieces salvaged from ruins and discovered in private collections, as well as an assortment of paintings that highlight the country’s relatively quick conversion to Christianity. 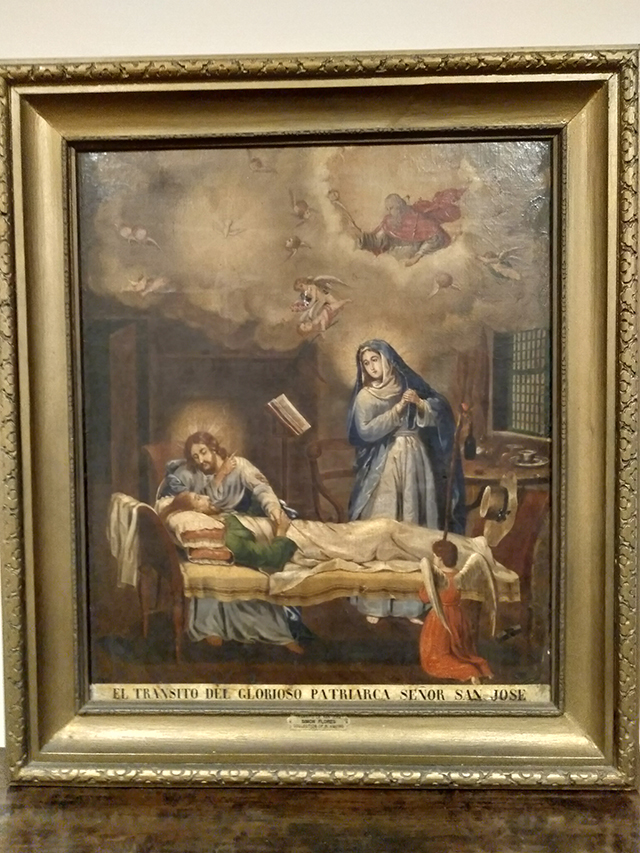 May 2-June 6: Romancing the Light at Legacy Art Gallery 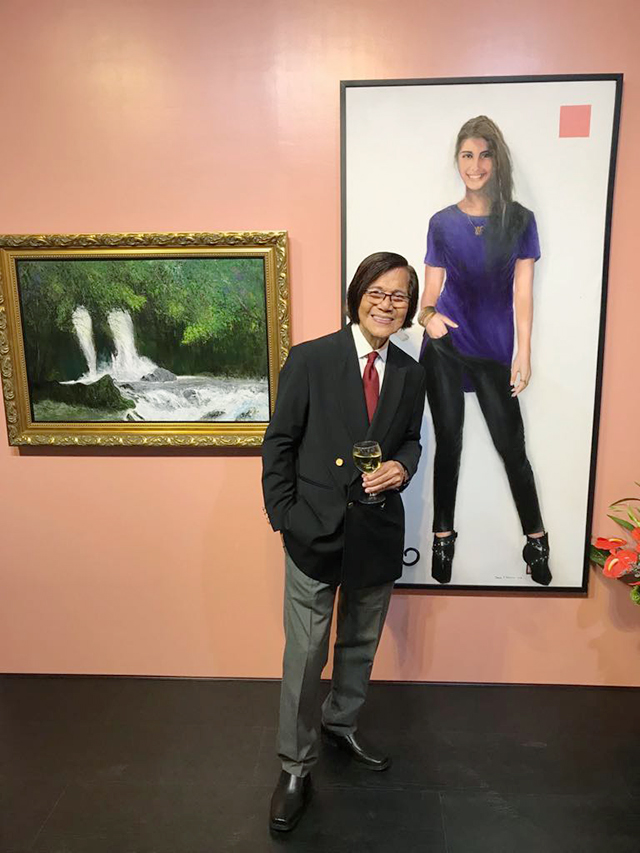 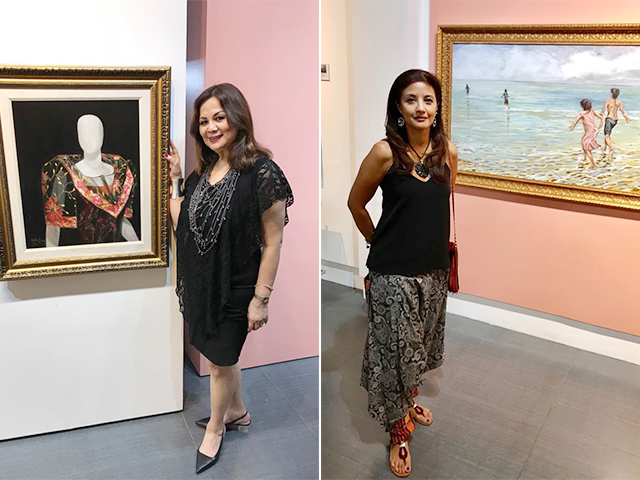 May 3-26: “The Dresser” by Repertory Philippines

One man’s decline, another’s devotion. And their unerring love for the theater. Directed by Loy Arcenas and featuring Philippine theater greats Audie Gemora and Teroy Guzman, The Dresser goes behind-the-scenes to expose the vivid inner workings of the stage through the intense relationship between a Shakespearean actor and his loyal dresser. The third play of REP’s 2019 season is a landmark production every theater enthusiast should not miss. Catch The Dresser from May 3 to 26 at Onstage Theater, Greenbelt 1. For ticket inquiries, call REP at 451-1474 or Ticketworld at 891-9999, or log on to www.ticketworld.com.ph. #RepertoryPhilippines #REPTheDresser

A post shared by Repertory Philippines (@repertoryphilippines) on Apr 21, 2019 at 7:14pm PDT

Ronald Hardwood’s The Dresser, the third play in Repertory Philippines’ 2019 season, follows the story of Sir (Audie Gemora), an actor showing signs of derangement behind the scenes of a wartime production of “King Lear.” Sir’s faithful dresser Norman (Teroy Guzman) navigates through the actor’s fragile mental state and the rest of the crew’s disapproval, hoping to guarantee that the show does indeed go on. “The Dresser” runs until May 26 at the Onstage Theater in Greenbelt 1.

Tickets are available at Ticketworld.

May 8: Jason Mraz Live in Manila

Singer-songwriter Jason Mraz will be making a stop at the Mall of Asia Arena as part of his Good Vibes 2019 tour of Asia. Best known locally for his songs “I’m Yours” and “You and I Both,” Mraz has also recently starred on Broadway as Dr. Pomatter in the musical Waitress. The concert will feature songs from his latest studio album Know, as well as a number of fan favorites from previous records.

Tickets are available via SM Tickets.

May 8-19: M. Butterfly at the Maybank Performing Arts Theater

After an award-winning run at the Maybank Performing Arts Theater in 2018, Frontrow Entertainment’s production of M. Butterfly started on a five-month national tour last February 2019. This month, the play returns to its original home for 10 show dates, before ending the tour in Baguio. The play stars RS Francisco and Aira Igarta as alternates for the lead role.

Tickets are available via Ticketworld. Proceeds from the show will go to the benefit of ten charitable institutions involved in the arts, children’s welfare, and the Philippine Red Cross.

May 9: Video Game Symphonic by the Manila Symphony Orchestra

The Ayala Museum has often tapped into the world of pop culture as an inspiration for orchestral music, and this month, they’re taking on some of the more memorable compositions from video games. Video Game Symphonic, performed by the Manila Symphony Orchestra, bridges the gap between traditional and mainstream music, with songs from Final Fantasy, Legend of Zelda, and Angry Birds reminding us that art can be found in the things we do for fun, and vice versa.

Tickets are available at the Museum, and via Ticketworld.

For International Museum Day, the Ayala Museum will be hosting a talk by Asst. Prof. Manuel Giron on appreciating the works of Philippine national artists in the BPI collection. Tickets will be inclusive of a lecture kit, coffee, and admission to the museum.

May 21: Met Opera in HD: Cosi Fan Tutte at Greenbelt 3

For the past six seasons, the Cultural Center of the Philippines, the Metropolitan Opera of New York, and the Filipinas Opera Society Foundation, Inc. have been holding “Met Opera in HD,” special cinema screenings that use high-definition footage and Dolby surround sound to simulate the experience of watching a live performance at the Met Opera. This month, audiences will be able to watch a production of Lorenzo Da Ponte and Wolfgang Amadeus Mozart’s Cosi fan tutte, a comedy on the many idiosyncrasies in romantic relationships.

Tickets for the 6:30pm screening will be available at Greenbelt 3 Cinemas.

Ongoing until May 21: Bardo at Drawing Room Gallery

A closer look at BARDO José Santos III Exhibit runs from April 27 - May 21, 2019 "The journey across the room ends with this image of empty space: a reminder of what used to but also what can be. At a time when the most sacred of virtues—goodness, justice, and truth—are violated left and right, the objects strewn across the space of Bardo remind us of the temporality of things, and what their human makers leave behind as lasting reminders of their presence." -excerpt from A Space Between States by Lisa Ito #tdrgmanila #artph

In Bardo, currently on display at Drawing Room gallery, artist Jose Santos III collects pieces from demolished heritage houses and other discarded items to create an assemblage of works in between construction and ruin. The exhibit is an exploration into the Buddhist concept of bardo, the limbo state between death and rebirth. Santos' work invites the observer to contemplate the temporal existence of life and faith.

Ongoing until May 25: Primary Drives at Silverlens Galleries

Four contemporary artists—Maria Taniguchi, Issay Rodriguez, Gary-Ross Pastrana, and Lou Lim—exine themes of immateriality, prototyping, transience, and the self in Primary Drives, currently showing at Silverlens Galleries. The exhibit finds its foundations in three unassuming columns around, but not from, which the artists conceived their work, and from which the context of the exhibit as a whole can be derived.

Ongoing until May 26: Gold in Our Veins at Ayala Museum 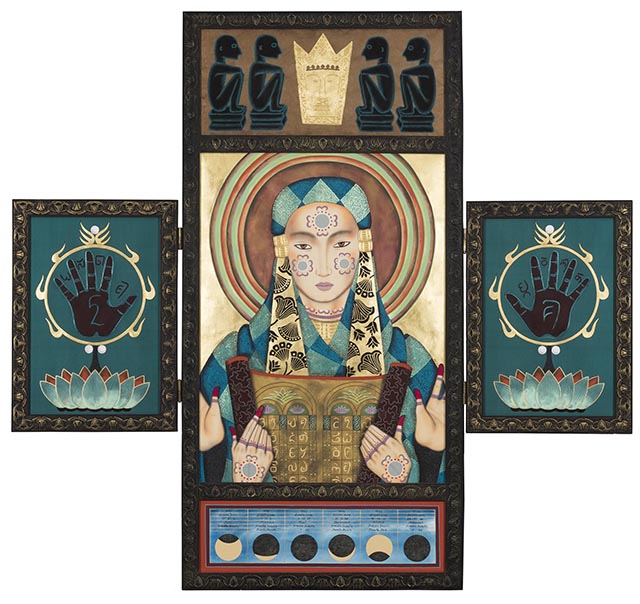 Artist Mark Higgins has converted a portion of the Ayala Museum into a 1930s-style Chinese warehouse, a fitting backdrop for his first exhibit in 12 years. Gold in Our Veins is a journey into the Philippines' past, juxtaposing Higgins' paintings with the rare artifacts that inspired them. The lasting impression left upon the viewer is one of the Filipino's rich heritage, blending together influences not only from its colonizers, but also from its historical neighbors. 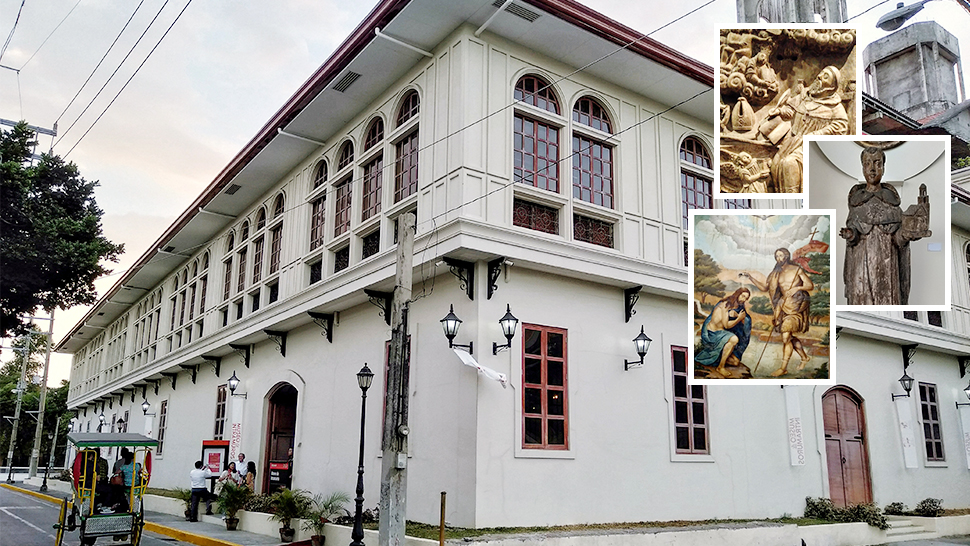 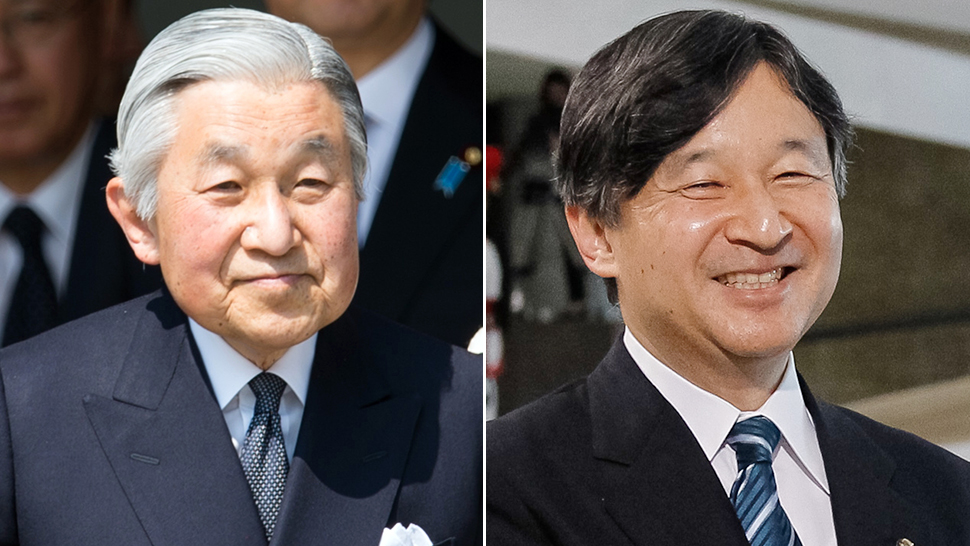