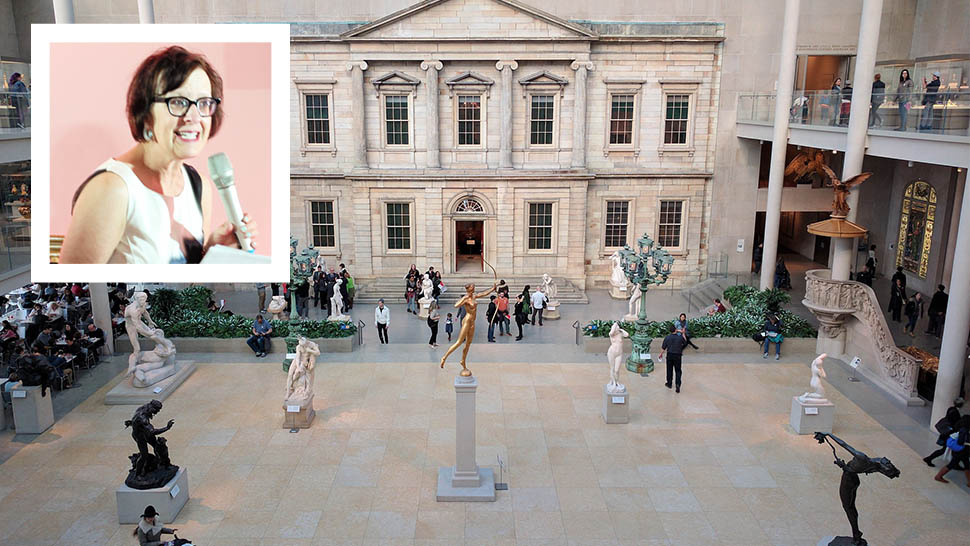 When it comes to 18th  and 19th century French and British paintings, the Metropolitan Museum of Art in New York relies on the expertise of art historian and scholar Dr. Kathryn Galitz. She was in Manila to give a lecture on portraiture at this year’s Art Fair Philippines.

“Art is different to every person.”

For Galitz, a person need not focus on the profoundness of some art to appreciate it or understand it. “I think it’s important to be open to seeing things and to letting yourself be touched by art,” says Galitz. “Art is so personal and everybody responds to art in a different way.”

“Different things speak to different people, so there’s no formula for how to approach art. As an art historian, I can appreciate an artist’s work, an artist’s talent, and what an artist’s painting says,” she says. 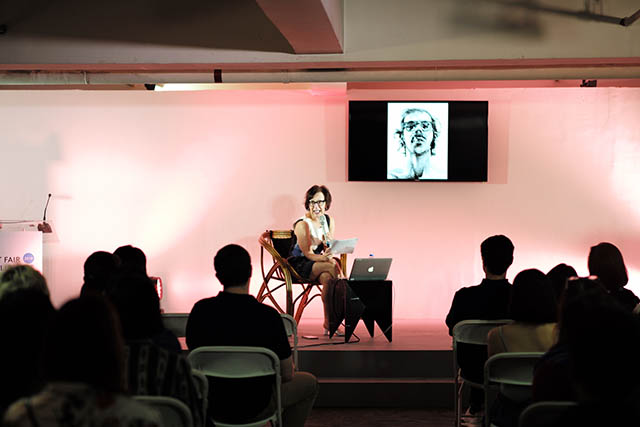 It’s very difficult to curate which pieces should be considered as masterpieces and which ones should not. Galitz's book titled The Metropolitan Museum of Art: Masterpiece showcases 500 paintings spanning 5,000 years of art history from the Met's holdings, which it has been acquiring since it was established in 1870.

“One of the things that definitely played into the curating process was, has this artist stood the test of time or will be deemed able to stand the test of time,”  Galitz tells Town & Country.

“Something that was made yesterday, unless it was made by an established artist, probably wouldn’t earn the distinction of a masterpiece,” admits Galitz. “But if this artist has been working and is midway through his or her career, and if it’s a new work, it’s totally fair game to call it a masterpiece.” 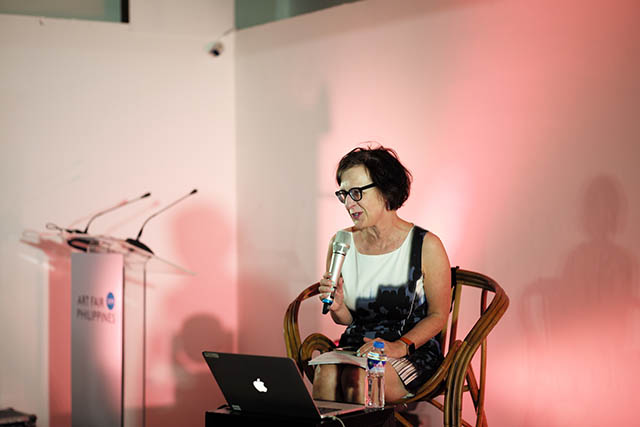 “Artists and their work... it’s like fine wine; it gets better with age. You have to let things age,” she says. “You have to see how they’ll play out because sometimes, what one  generation of artists that’s very popular or very known and liked in one generation might not be appreciated a couple of generations later.”

But Galitz thinks that some unappreciated artists today might only be ahead of their time.

“There are artists from the 19th century who are big, big names today, artists like the impressionists Monet and Renoir. The impressionists were sort of criticized and laughed at in their time, but now they are some of the greatest masters we know,” says Galitz.

“Monet and Renoir, they were the avant-garde artists challenging artistic standards and tradition and people didn’t understand what they were doing in their time,” adds Galitz. “I think there must be parallels today of artists who aren’t yet understood or appreciated but in the next generation will be.”

Look Beyond the Price Tag

“Price is not value,” says Galitz. “Price isn’t always equated with value or greatness or significance,” she adds. “Because I work in a museum, I wouldn’t see the dollar signs about what a work of art would cost on the market.” 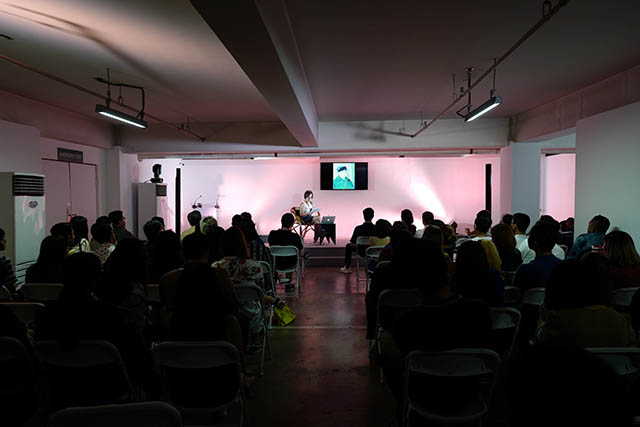 Just like the stock market, Galitz explains that the art market is volatile.

“The art market can be fickle. Right now, a lot of contemporary art is commanding super high prices, whereas art that we call 'old masters' painted by artists from the 15th to 18th century is a lot less expensive than modern and contemporary art, but it doesn’t mean it is not as good,” Galitz explains. “It’s just market-driven.”

“I can understand an artist not necessarily wanting the value of his or her art to be defined by what it sells for,” shares Galitz. “But nonetheless, there’s something called the art market and we can’t ignore that,” she concedes.

Personally, Galitz doesn’t recommend buying art for investment. “I think it shouldn’t be about thinking about art as an investment, in terms of a monetary investment,” she admits to T&C. “You shouldn’t think about what it will be worth 10 years from now. That’s not how I approach collecting art because the art market is really fickle.” 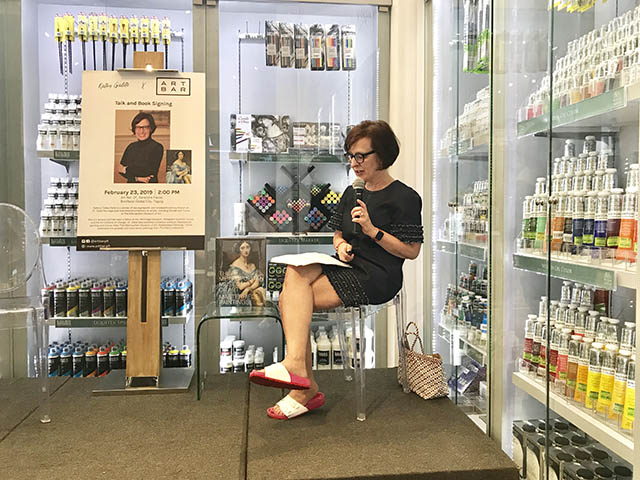 For people who want to be serious collectors, Galitz gives advice on what pieces to buy.

“First and foremost, if you’re buying art, you should think about how it connects with you,” says Galitz. “Does it speak to me? Can I live with it? Do I love it? Does it mean something to me? If it provokes a kind of personal in you, like a memory, something, if you are happy, you should buy it,” she elaborates. “Do we love it because it speaks to us some way? Do we want to live with that and have it part of our lives?”

Many important pieces of paintings considered as national heritage are in private hands. In the Philippines, a handful is kept at the National Museum.

“Well, it is what it is,” admits Galitz. “At New York’s Metropolitan Museum of Art, most of the works there usually come as gifts from private collectors,” she explains. 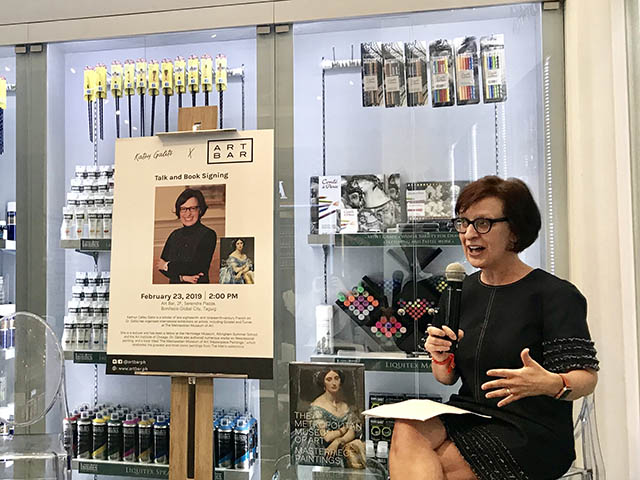 For Galitz, there is no problem with collectors safeguarding some of their nation’s most prized pieces of heritage. “I mean as long as it’s preserved, right?” she adds. “People who do own works of art, if they occasionally lend it to exhibitions or museums so that others can see it, then I applaud their generosity,” Galitz says. “But at least they are caretakers of that art for future generations.” 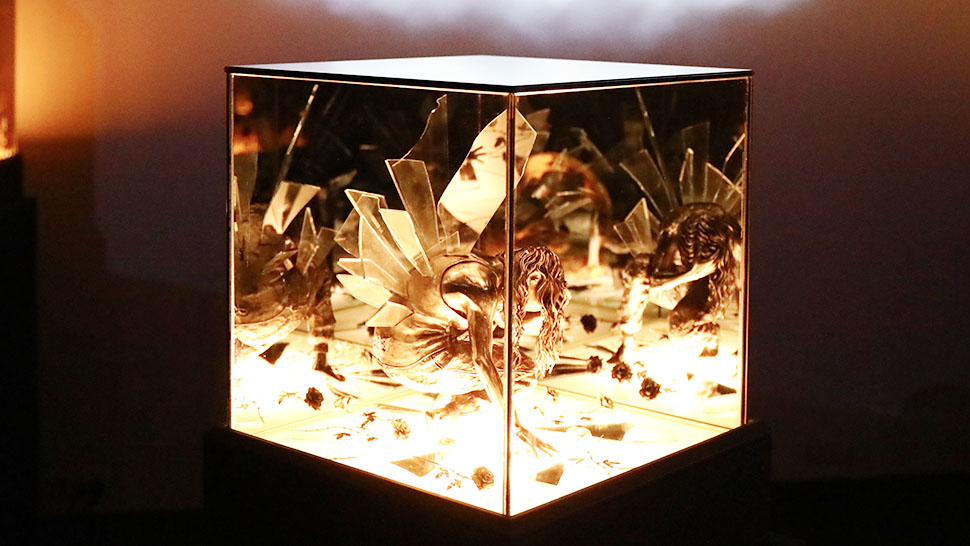 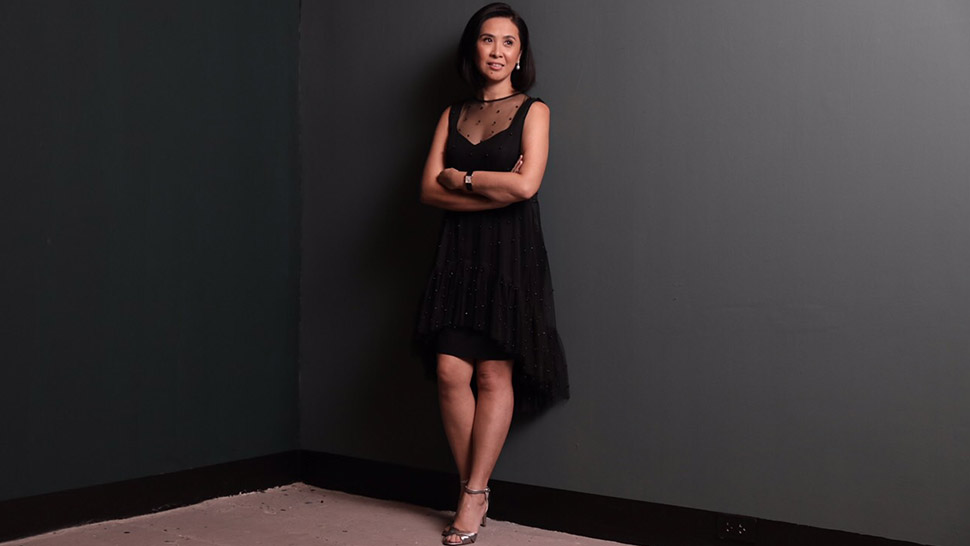